Accessibility links
Profile: Vijay Seshadri, Poetry Editor For 'The Paris Review' Vijay Seshadri has been named the 12th poetry editor of The Paris Review. He says he sees a resurgence in American poetry right now, and a new recognition of different lives and experiences. 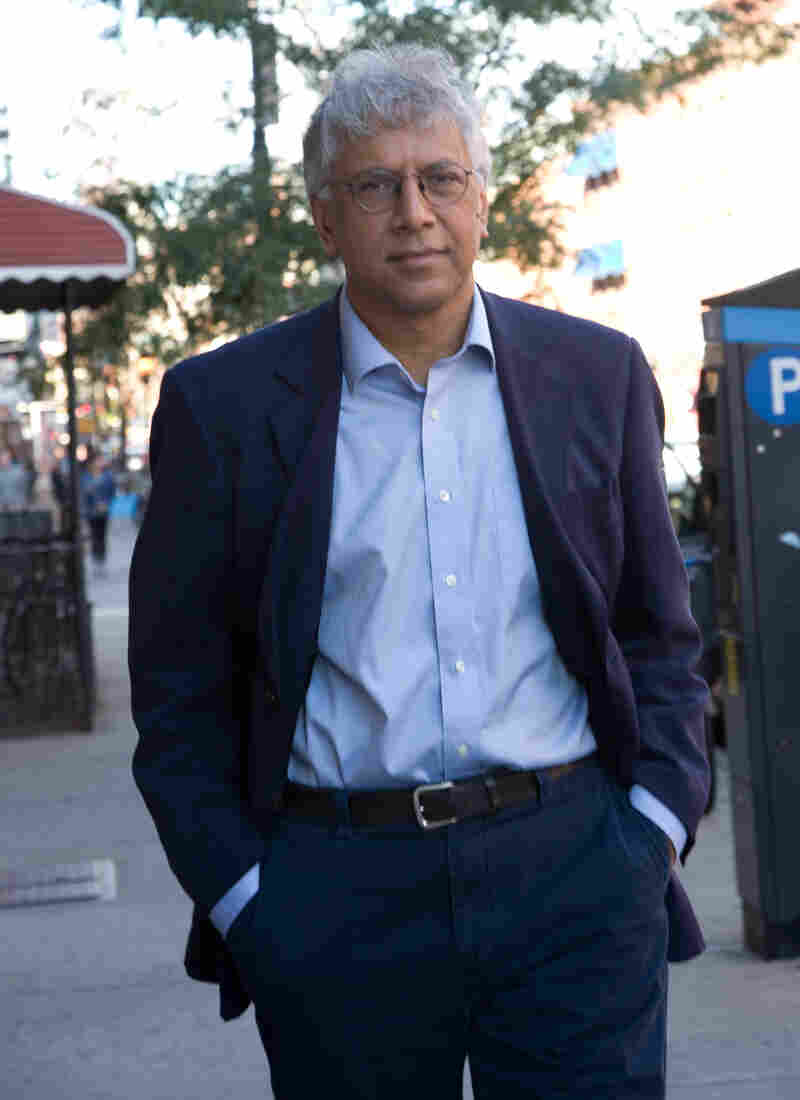 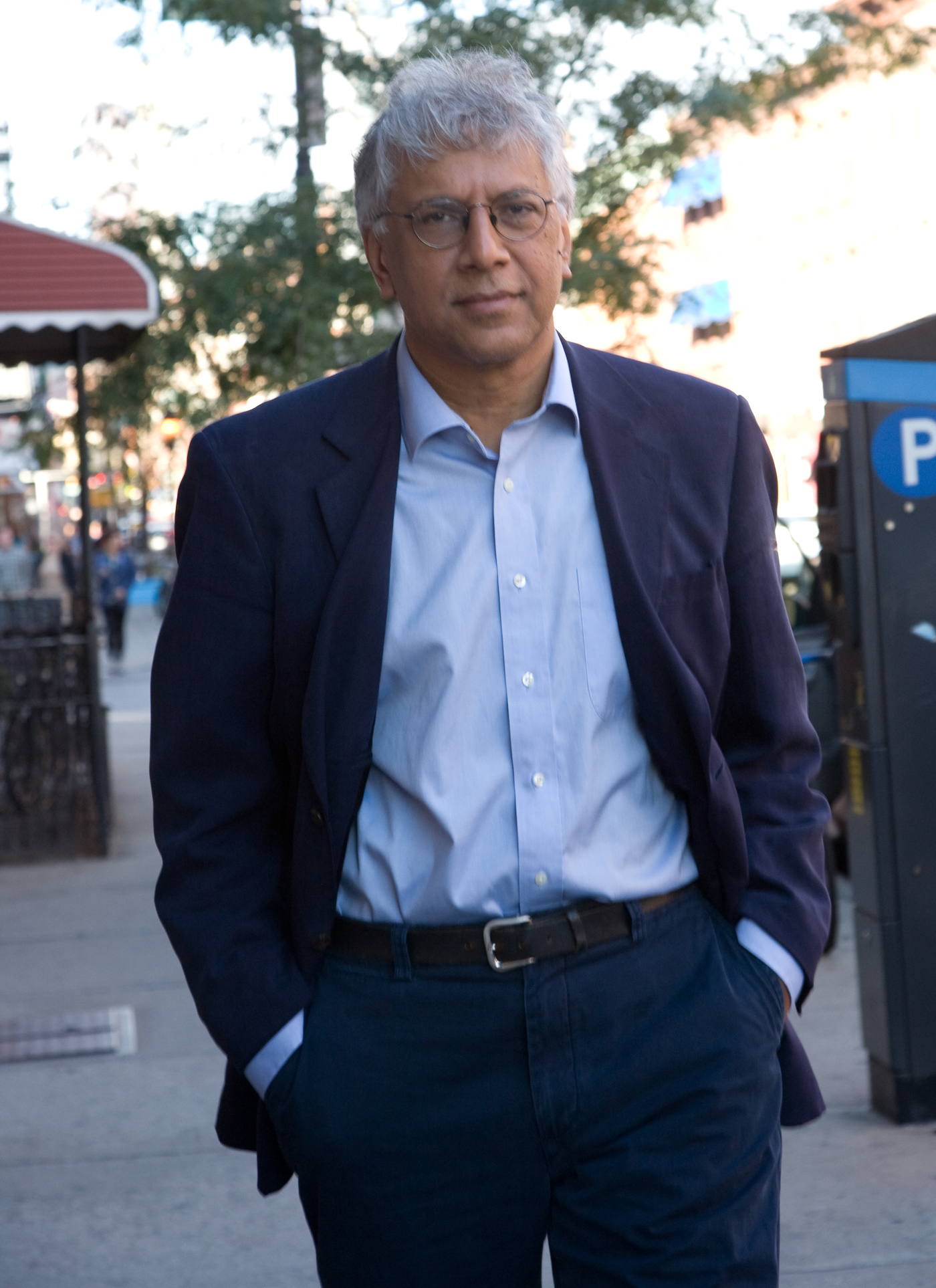 As literary magazines go, The Paris Review is nonpareil. Founded in 1953, the quarterly has upheld a sacred space for what novelist William Styron called "the good writers and good poets, the non-drumbeaters and non-axe-grinders. So long as they're good" in an editorial statement for the Review's inaugural issue.

This past August, poet Vijay Seshadri was announced as the Review's 12th poetry editor. Seshadri — like Styron — is a Pulitzer Prize winner, for his poetry collection 3 Sections, and Styron's words are back in my mind as I sit down with him for an interview.

I ask Seshadri who he thinks belongs in The Paris Review. And after a heavy pause, he answers. "There's no way to ask that question without asking it in a reductive way, like 'Are you going to publish more brown writers like yourself, Vijay?' And that ... is a strange thing to have to ask an editor."

Although those were not my exact words, perhaps that is what I want to know. But from where Seshadri is seated — a seat established so firmly in the American literary canon — I could see why my question put him off. Half a century deep into his literary career, Seshadri is past thinking about belonging, particularly in relation to a poet's professional worth. Surely, he's also past thinking about representation for the sake of representation. 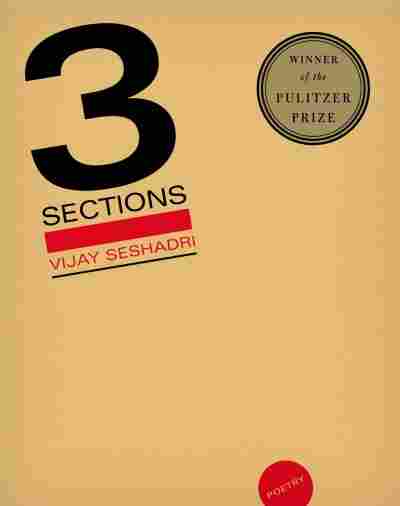 But for me, a South Asian writer with published poems I can easily count on one hand, it does feel like there is now a more relatable gatekeeper at the literary frontline. Seshadri isn't having it: "That says so much more about you than it says about me," he says. For one thing, he tells me, he came to the U.S. at the age of five, during the Eisenhower era, whereas I arrived more than 50 years later. "Apart from the fact that we look like each other, our consciousness is so dramatically different that I wouldn't even know how to begin to answer that question," he says.

And for Seshadri, the idea of being referred to as a gatekeeper is off-putting too. "I'm not in the business of making or breaking careers," he tells me. The whole idea of gatekeeping, he says, really involves careerism and power-brokering, "and I don't think of myself that way."

"When I was published in The Paris Review first in the 1990s," he continues, "the world was so much smaller, so much more contained." But now the magazine has changed. "It is ... not a gate through which you go to enter some different stage of career, but a destination in and of itself."

Editing can really broaden your aesthetic. Before, I always read poetry more selfishly ... I would read poets who helped me write my own poems.

The Review is both a destination and the start of a new journey as a reader for Seshadri. "Editing can really broaden your aesthetic," he says. "Before, I always read poetry more selfishly ... I would read poets who helped me write my own poems." But now, he says, editing is providing him with a fairer way of reading.

"The lack of repetitiveness and lack of familiarity is exciting and bewildering in some way," he says, particularly when he's going through the Review's slush pile and discovering exciting new poets. "You kind of feel that something new is happening, among all of this chaos and turmoil."

Seshadri, who holds a permanent day job as part of Sarah Lawrence College's MFA faculty, also thinks that America might be seeing the emergence of a whole new generation of poets. And he sees a lot of hope for this new generation. "I think there's a general cultural awareness that goes fairly deep," he says of today's poetry editors, and that means "everything is much better for you than when I was your age."

This awareness, he adds, is not superficial. "It's a recognition of the reality of different lives and experiences, at least in an editorial role as opposed to a writer's role, that goes to recognizing as opposed to representing someone else."

Podcasts Are Providing A New Way Into Poetry

He acknowledges that "the buzzword these days is diversity. Of course, I'm going to make the selections at The Paris Review as diverse as they can possibly be, consistent with excellence." Seshadri adds that he finds "a constant negotiation between those two things," and wants to bring some clarity to the situation, "because diversity can extend itself to a variety of different things without any sense of aesthetic unity."

This is evident in the two issues Seshadri has edited so far — the Summer 2019 issue as Guest Poetry Editor and the Fall 2019 issue in his new permanent role. And in its announcement, The Paris Review conveyed Seshadri's focus on excellence and diversity by drawing attention to the distinguished, award-winning poets that he's already published in its pages: Eileen Myles, Frank Bidart, Jorge Luis Borges, Ishion Hutchinson, Solmaz Sharif and Cornelius Eady, amongst others — a mix of past contributors, translations, and names new to the Review.

Seshadri himself fits into this lineage of excellence — there's his Pulitzer Prize, and after the 9/11 attacks, it was his poem that was published on the back cover of The New Yorker. The Review says "his work has been widely published, anthologized, and recognized with many honors."

But it's also still true that, at The Paris Review, Seshadri is the first of South Asian-origin to ever fill the Poetry Editor's chair. And while he's taught me not to single that out, I do want to acknowledge that for a young South Asian poet like me, it simply makes his appointment extra special.

Jeevika Verma is a poet and journalist currently based in New York City.