Accessibility links
30th Anniversary Of The Fall Of The Berlin Wall The Berlin Wall was a concrete manifestation of the barrier between democracy and oppression. NPR's Scott Simon marks the 30th anniversary of the day it began to come down. 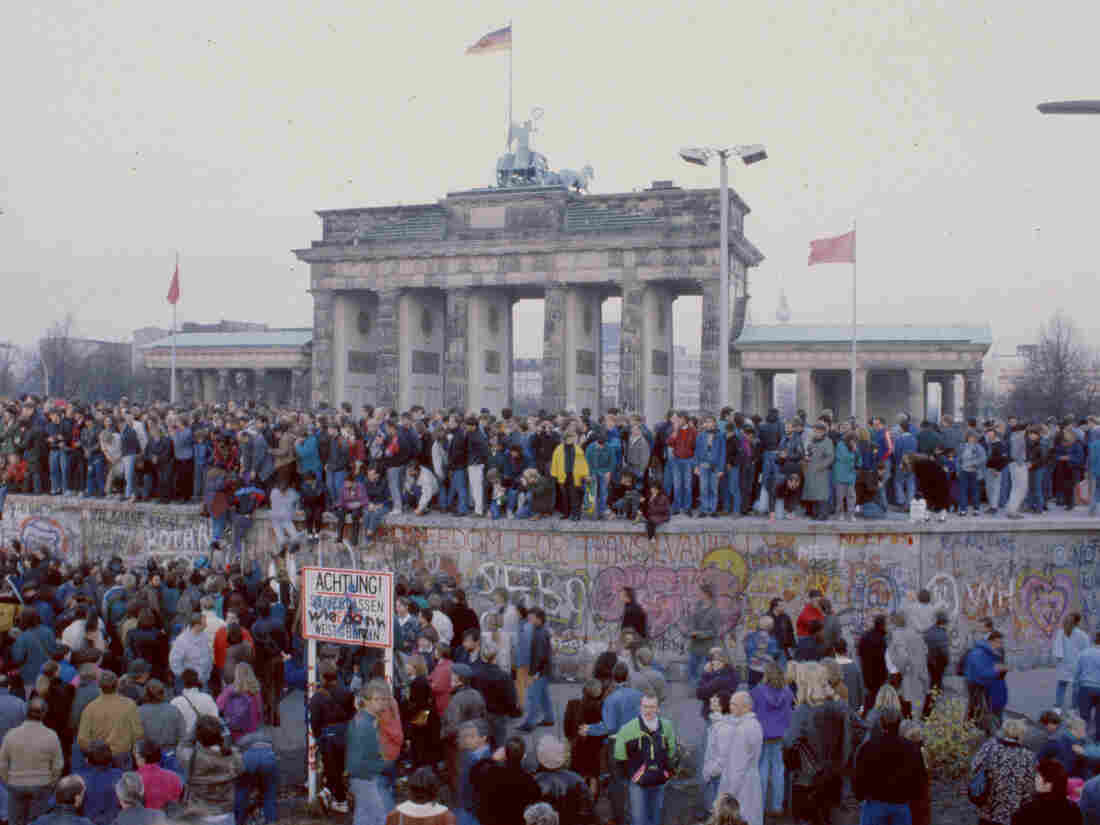 The Berlin Wall went up almost overnight in 1961; in November 1989, it began to crumble. Ullstein Bild via Getty Images hide caption 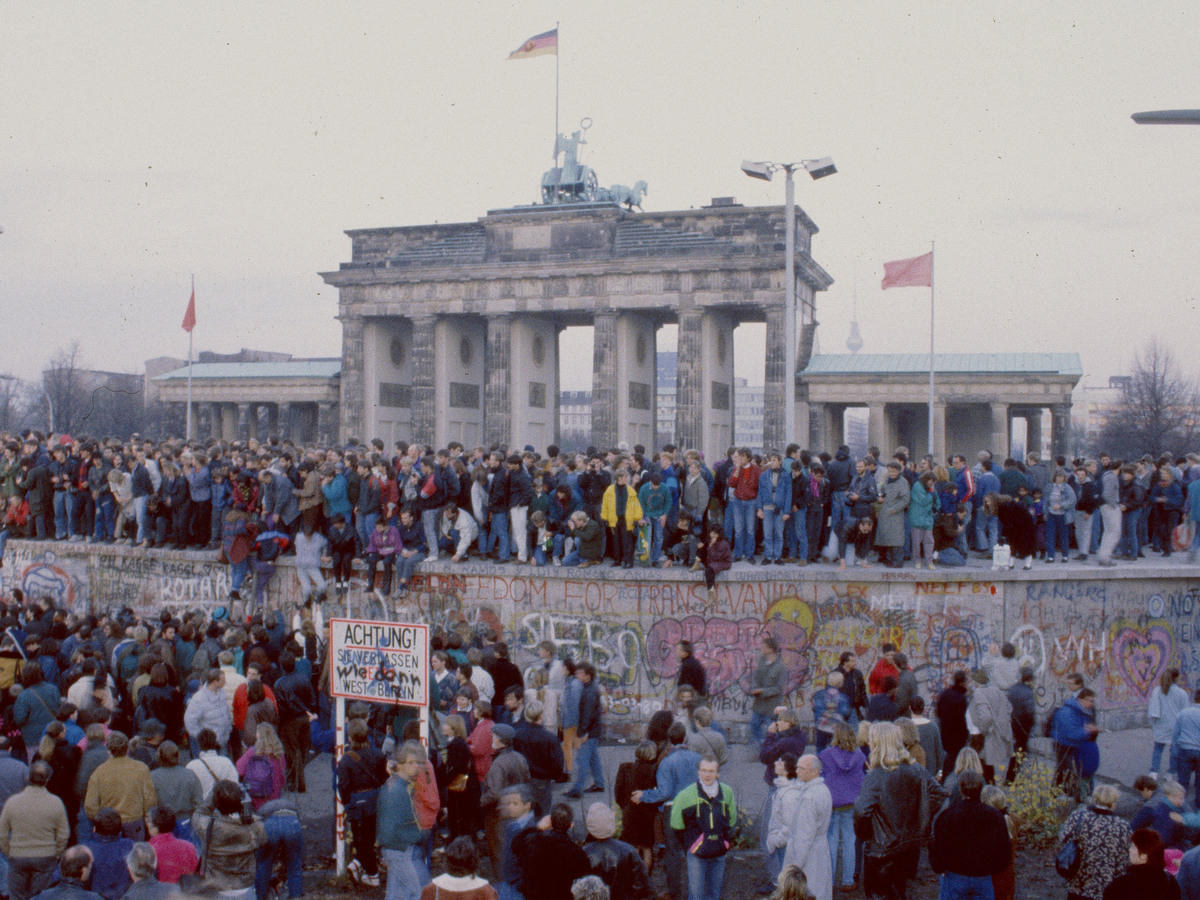 The Berlin Wall went up almost overnight in 1961; in November 1989, it began to crumble.

The Berlin Wall stood for 28 years. Today, Nov. 9, marks the 30th anniversary of when it began to come down.

It may be hard to imagine, a generation later, what a momentous event that was and why the sight of ordinary citizens, chipping away by hand and hammer at that edifice of cruelty, lifted so many hopes around the world.

The Berlin Wall went up almost overnight in 1961, after more than 2.5 million East Germans had fled to the West for freedom and opportunity. The wall was dozens of miles of concrete, barbed wire and electrified fences, overseen by watchtowers, topped with harsh searchlights, grim guards and pointed weapons.

The Berlin Wall made the Iron Curtain visible. It dramatized some of the differences between East and West in sharp, concrete terms.

The citizens in Western democracies, on one side of the wall, had elections, a free press and free travel. Those on the eastern side, in the communist bloc, were confined by a long wall, barbed wire and a vast network of secret police. Scores of people died between 1961 and 1989, trying to get over that wall.

President John F. Kennedy came to Berlin in 1963 and said, "There are many people in the world who really don't understand, or say they don't, what is the great issue between the free world and the communist world. Let them come to Berlin. ... Freedom has many difficulties and democracy is not perfect. But we have never had to put a wall up to keep our people in."

A generation later, in 1987, as Mikhail Gorbachev had begun to make reforms in the old Soviet Union, President Ronald Reagan came to the Brandenburg Gate near the wall and said, "There is one sign the Soviets can make that would be unmistakable, that would advance dramatically the cause of freedom and peace." Then he famously called on the Soviet leader: "Mr. Gorbachev, tear down this wall!"

The Berlin Wall was built by an army of workers, under the gaze of guns. But it was taken down by unarmed citizens, who danced and sang along that wall as newly free people.

The Berlin Wall showed the world a grim face of tyranny and allowed Americans to see ourselves in the contrasting landscape of a free and open society. But as we mark the 30th anniversary that the Berlin Wall came down, we hear calls from some Americans to build a wall here.