Accessibility links
3 Dead In Australian Bushfires As Country Prepares For Summer Several fires across New South Wales continue to burn as conditions in the area — two years or more of drought, hot and dry winds, little to no rainfall — have spurred the blazes. 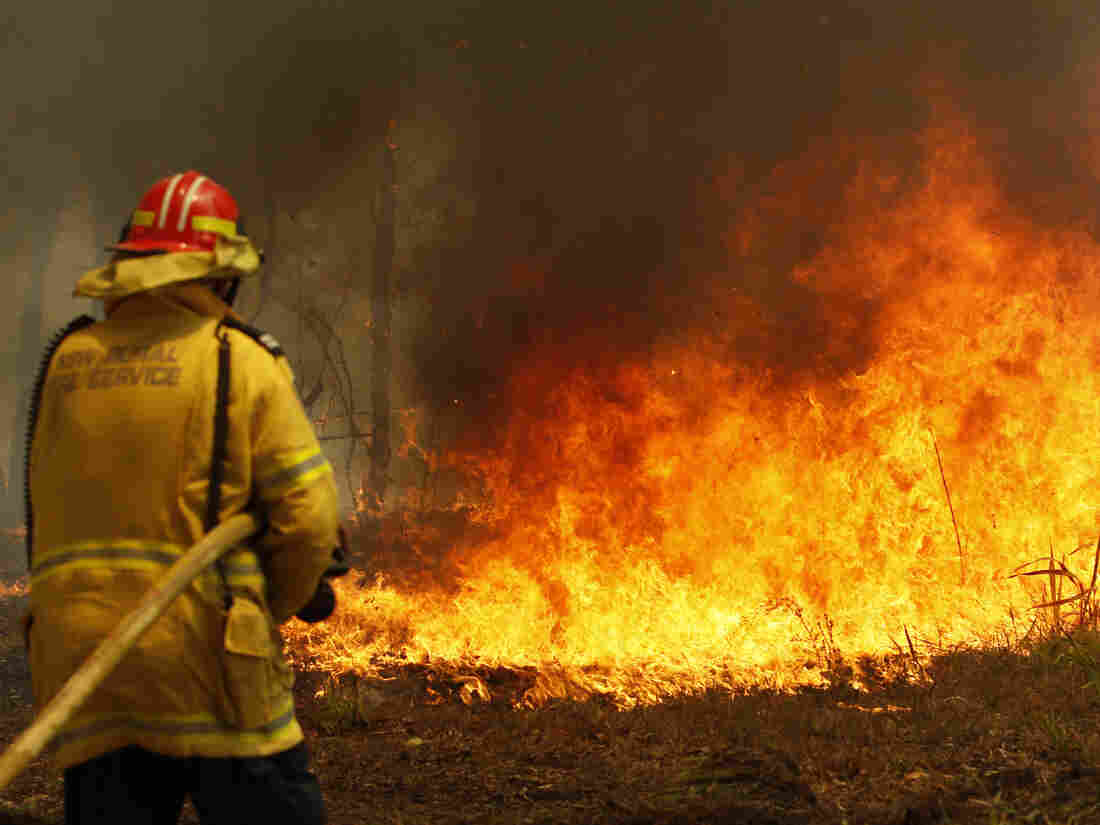 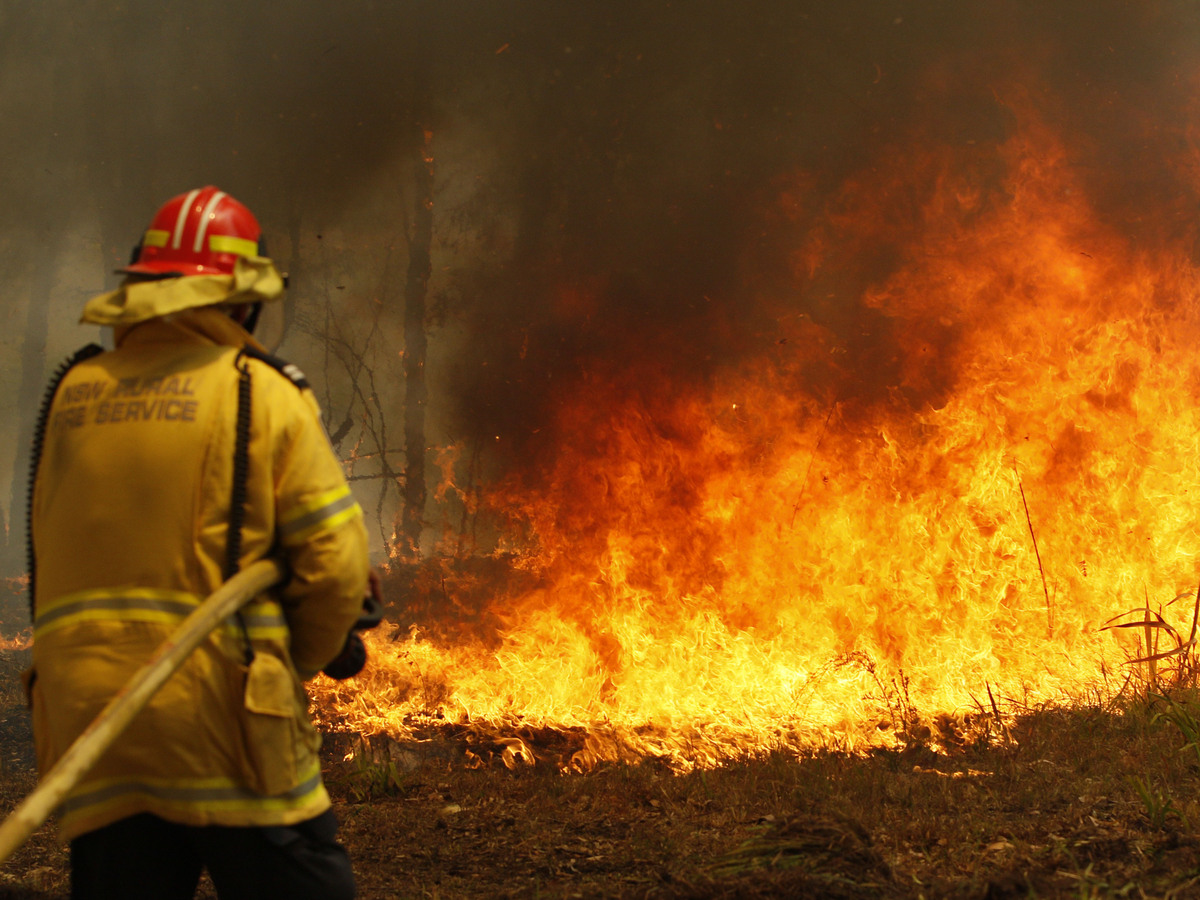 Three people are dead and more are missing after wildfires erupted on the southeastern coast of Australia, according to the New South Wales Police, fueled by more than two years of drought that has impacted almost all of the region.

As of 12:30 a.m. local time, 74 brush fires are burning across NSW, from Brisbane to Sydney, with 43 out of control, according to the NSW Rural Fire Service. One fire near Hillville is listed at the emergency warning level, having already burned more than 41,000 acres. The largest fire, at Carrai National Park, has burned almost 320,000 acres.

NSW RFS reported that at least 150 homes had been destroyed by the fires, but firefighters are using favorable weather conditions this weekend to contain the fires, before conditions are expected to worsen next week.

The Australian Red Cross is assisting with evacuation, reunification and donation efforts, and South Australia has sent firefighters and emergency workers to the region.

We stand shoulder to shoulder with NSW in their time of need. SA is deploying a specialist team to assist with the devastating bushfires.
Inspiring to see dedicated @CFSAlerts, @SA_MFS, @SA_Ambulance and @SAEnvirWater workers flying out to NSW to lend a hand.
🙏 for your service pic.twitter.com/gGJF0B9Nxz

The NSW Police reported Saturday morning that a third person was confirmed dead after their body was found in a burnt-out building north of Taree, about 215 miles north of the capital of Sydney. Police said identity and cause of death could not be determined at the time, but said that the home belonged to a 63-year-old woman.

On Friday, two deaths were confirmed as bushfires spread across the coast, spreading with dry and hot winds. One body was found in a burnt vehicle, police said; another woman was found severely burned and later died at Concord Hospital.

In a press briefing Friday, NSFW Fire Commissioner Shane Fitzsimmons thanked the work of firefighters in the region, but said that the fight was far from over. Although the number of emergency warning level fires decreased from 17 Friday to one Saturday, the weather outlook remains grim.

"We've got a return to some worse conditions as we head into early next week, particularly Tuesday and Wednesday," Fitzsimmons said.

The NSW Bureau of Meteorology said that there is "a high chance of warmer than average day time temperatures" from November to January. This trend, coupled with another report from the BoM that there is a low likelihood of the drought breaking for the rest of the year, could point to additional devastating fires for the next three months. Although there had been some rainfall of note earlier in November, the NSW Department of Primary Industries reported that 99.4% of the state remains in drought.

Even if the fires are managed for the rest of the year, Fitzsimmons said Australia still had the summer months ahead, bringing major heat waves, dry winds and the worst of their fire conditions.

The smoke from the fires could even be seen from space, as satellite imagery caught the massive trails making their way south over the Tasman Sea.

Smoke from fires in #NSW can be seen travelling over the Tasman sea. High to Very High fire danger for rest of today see https://t.co/IdujjSdV1I. For more visit https://t.co/Ss766eSCrL #NSWRFS pic.twitter.com/Dm1Bb8zWHL

Prime Minister Scott Morrison painted a grim picture of the coming months for the rest of Australia in a press conference Friday.

"There are other states where the risk is also high," Morrison said, adding that a nationwide emergency meeting of fire and emergency services chiefs had been called earlier that day.

Morrison said that similar conditions were expected in northern and southern Australia, but did not acknowledge the role of climate change in these fires. Morrison had previously defended his country's action on climate change and attacked climate activist Greta Thunberg for spurring "needless anxiety" at the United Nations meeting last month amid widespread criticism.