Accessibility links
Free College Can Work. Here Are Some Tips From 2 Colleges In Kentucky The idea of tuition-free college isn't a new concept for some schools. Two colleges in Kentucky have been making it work for years. 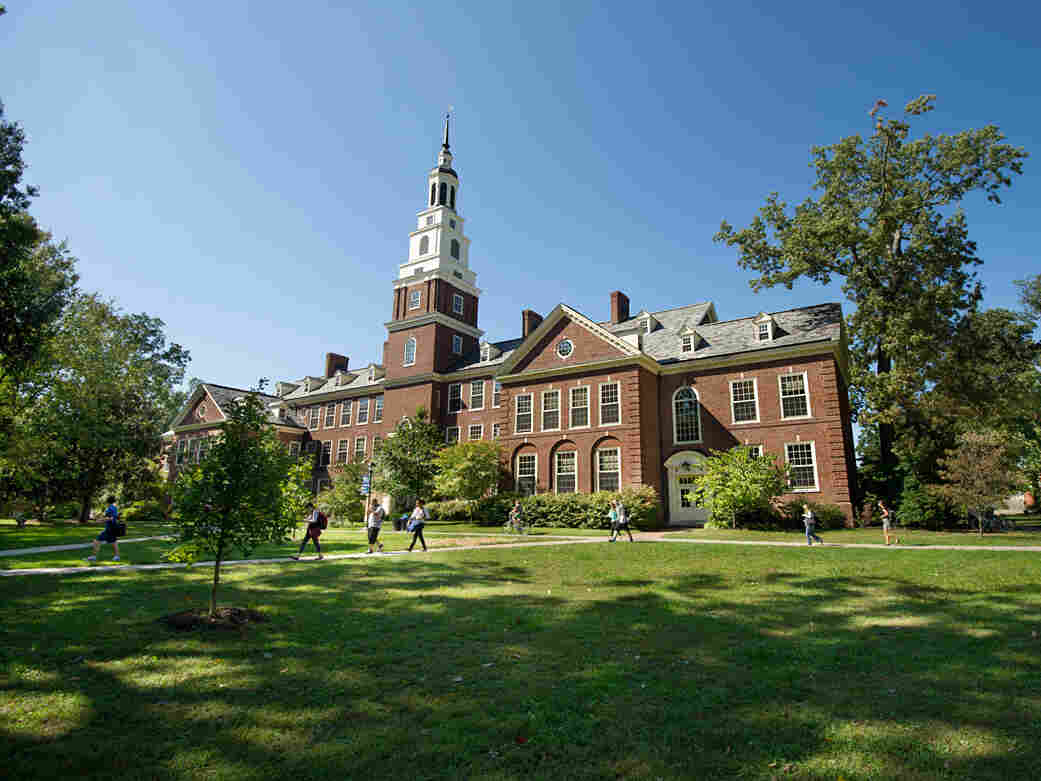 The Draper Building at Berea College in central Kentucky. The college hasn't collected tuition since 1892. Founded by an abolitionist in 1855, it was the first interracial and coeducational college in the South. Courtesy of Berea College hide caption 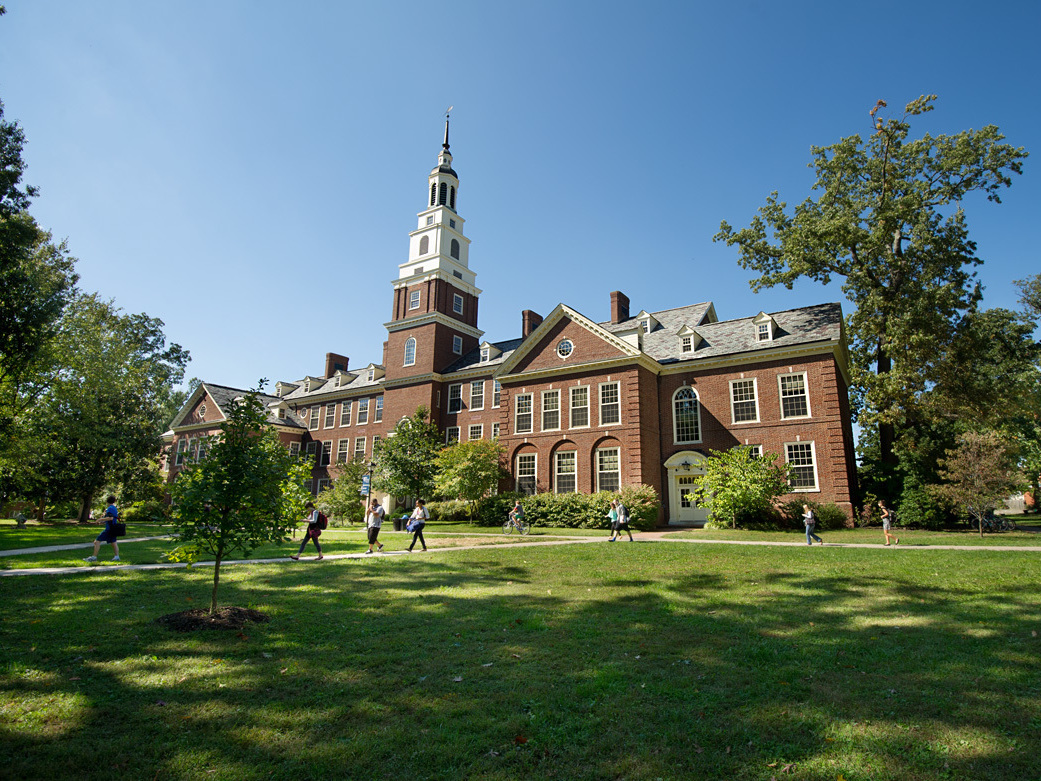 The Draper Building at Berea College in central Kentucky. The college hasn't collected tuition since 1892. Founded by an abolitionist in 1855, it was the first interracial and coeducational college in the South.

Two colleges in Kentucky offer something that most university administrators can only dream of. Berea College and Alice Lloyd College charge students nothing for tuition.

While each developed unique business models that don't transfer easily to other schools, they do have some tips to help reduce the price of college tuition. More precisely — two tips and one caution.

Located in the foothills of the Cumberland Mountains in central Kentucky, Berea College was founded by an abolitionist in 1855. It was the first interracial and coeducational college in the South.

Even When College Is Free, It Can Be Hard For Adults To Stay In School

When students couldn't afford to pay for tuition, school officials eliminated it.

"Berea College has not been collecting tuition from students since 1892," says Jeff Amburgey, Berea's vice president of finance.

To cover costs without tuition revenue, Berea's board of trustees did something almost 100 years ago that impacts its financial situation today. In 1920, the board ruled that any unrestricted money given to the college would be invested in an endowment to grow over time. 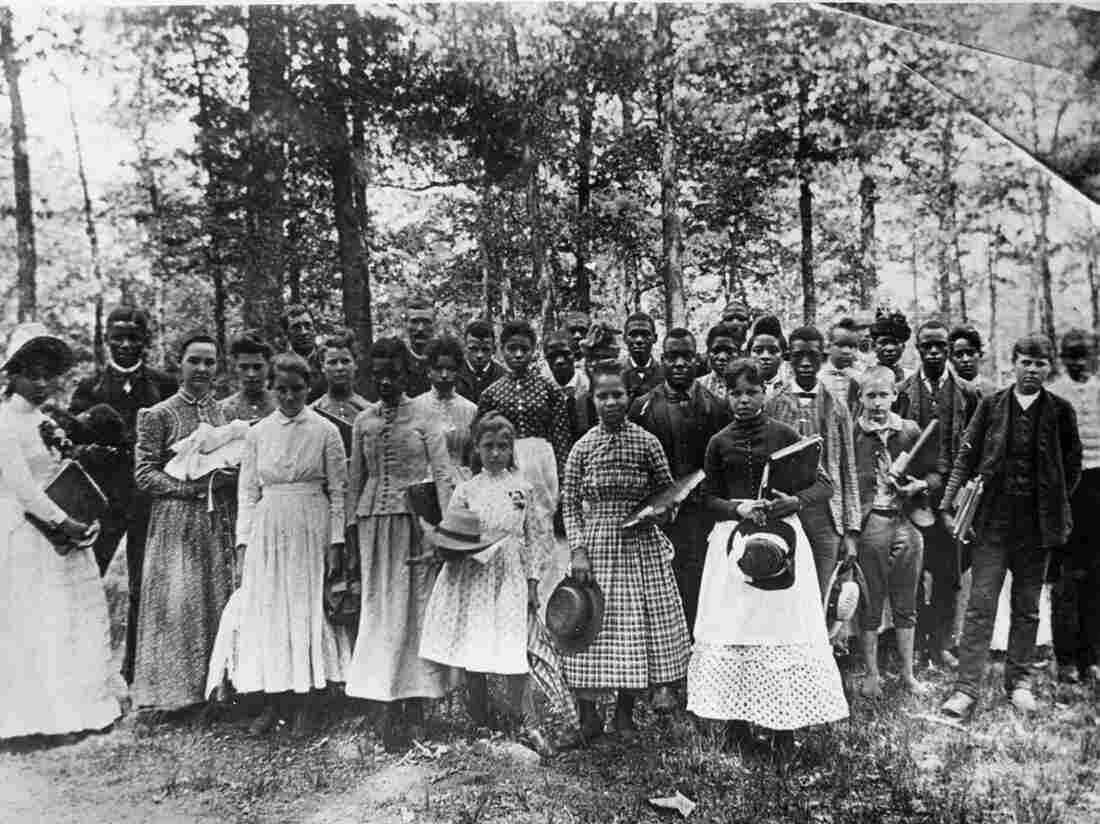 Students attending Berea College in 1887. Berea was the first interracial and coeducational college in the South. Courtesy of Berea College hide caption 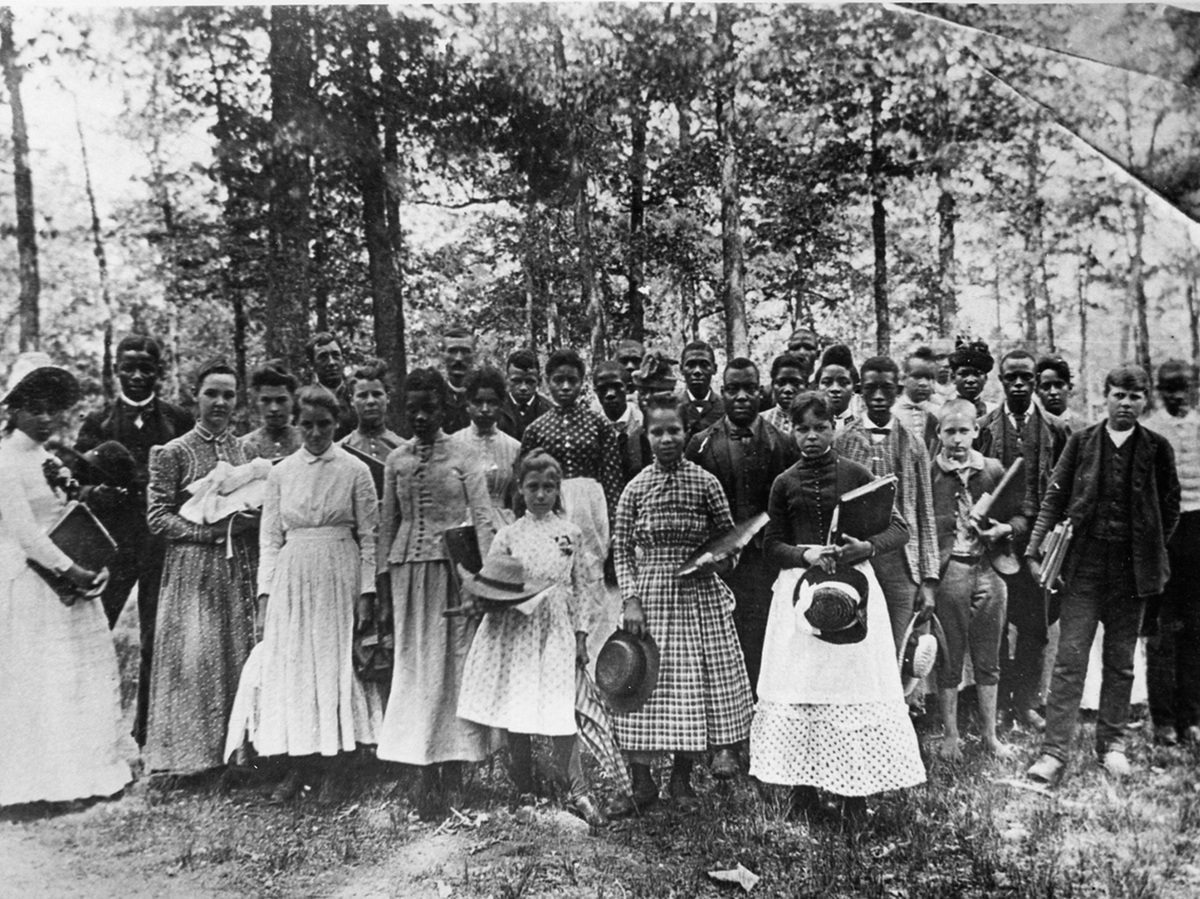 Students attending Berea College in 1887. Berea was the first interracial and coeducational college in the South.

The endowment is now worth around $1.2 billion, and profits from the investments cover a large portion of what it costs to educate more than 1,600 students.

Most students come from Appalachia. They all come from low-income families. And none pays for tuition.

"A lot of people say, 'This has gotta be fake.' But I came here. And it's legit," says 22-year-old Hollie Jameson, who is finishing a nursing degree. She's the first in her family to go to college. "I will leave in May of 2020 with a free education as an RN. Absolutely no debt."

That's not normal. At least, not compared with her hometown friends. Jameson says, "I have friends in nursing schools here in Kentucky that say, 'Oh, my gosh, you're so lucky. Like, I already have $20,000 in debt and I'm where you are, and you have zero.'"

It's all made possible by that endowment.

Takeaway No. 1: If a college doesn't have one already, it should fund an endowment designed to reduce the cost of tuition.

Still, even with good investment decisions and some luck, it could take 50 to 75 years before an endowment completely offsets tuition revenue.

For the impatient who can't wait for 75 years, the next example — Alice Lloyd College — shows what's possible without a massive endowment.

The school started when Alice Lloyd relocated in the early 1900s from New England to eastern Kentucky. An Appalachian mountain man persuaded her to educate the local kids. He gave her a barren strip of land along a creek, where Lloyd founded a school that would grow into a college.

Locals had no money for tuition, and students weren't asked to pay. Instead, they provided labor, building the campus and staffing it. 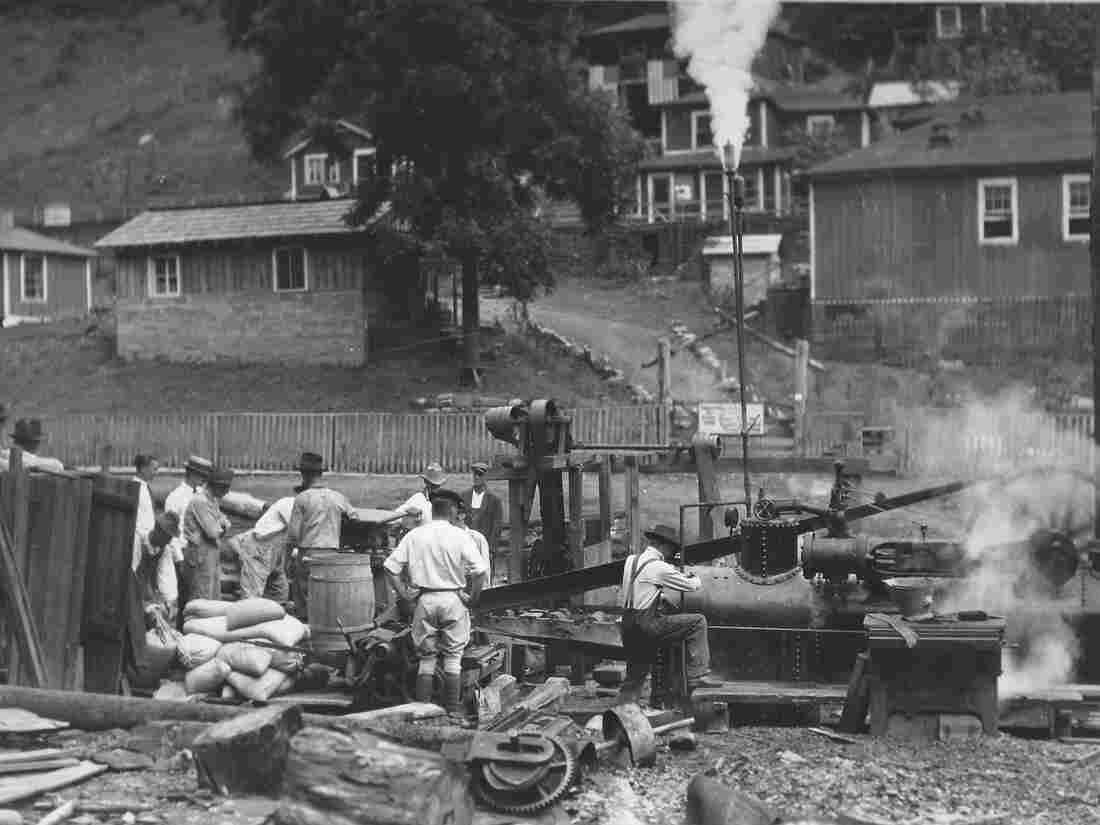 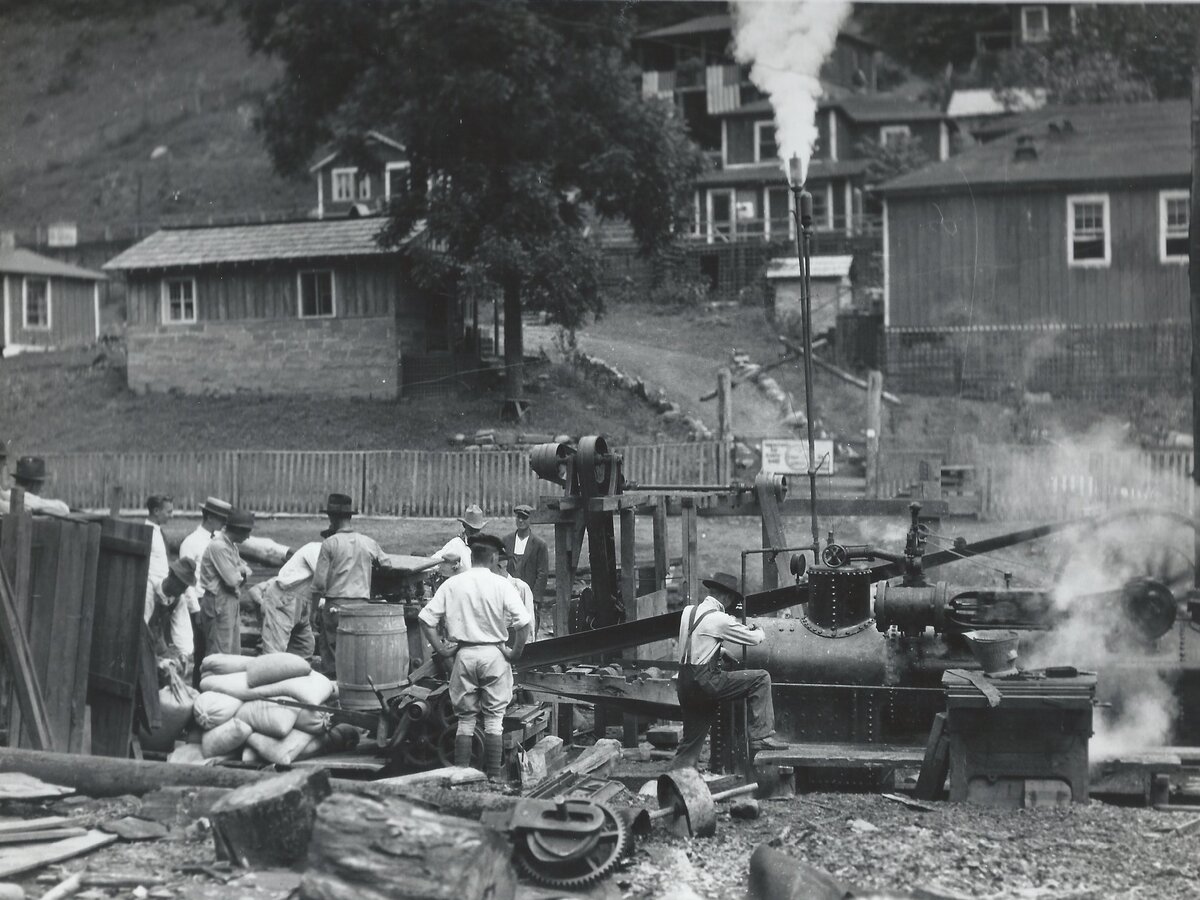 Residents of eastern Kentucky build what will become the campus of Alice Lloyd College.

Money was always tight. In perhaps its most famous fundraising windfall, Lloyd appeared on the show This Is Your Life in 1955. At the end, the host asked viewers to send a few dollars to the college. Bags of mail overwhelmed the local post office, delivering around $200,000 in donations.

But while Lloyd never asked students to pay, she did ask them to go home and serve their neglected communities. Lloyd kept framed pictures of students on the wall. "If someone chose not to come back, she would turn the picture around backwards, so you couldn't see their face," says Jim Stepp, executive vice president at Alice Lloyd College.

Today, the college serves around 600 mostly low-income students. According to Stepp, about 85% of alumni return to live and work in Appalachia.

TaLaura Mathis, 21, from Manchester, Ky., is finishing a degree in biology. Next, she plans to study dentistry. "Where I come from, it's very poverty-stricken," says Mathis. "I really want to help blue-collar, hardworking people that just can't afford dentistry." 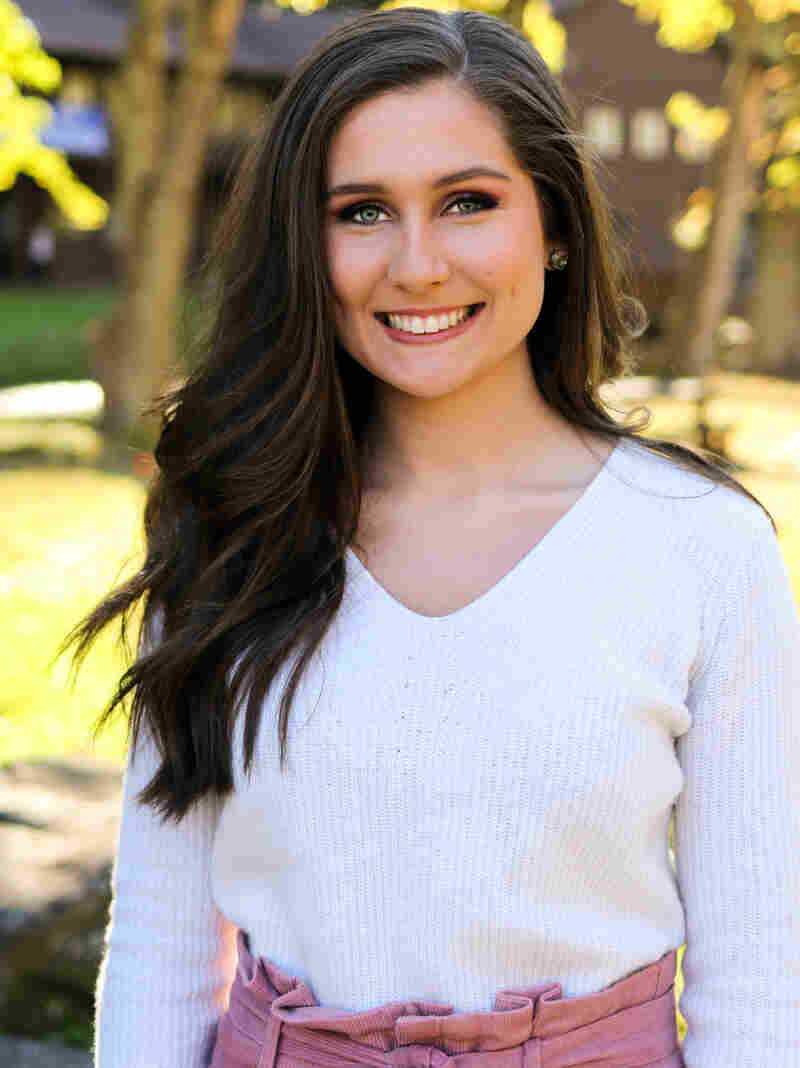 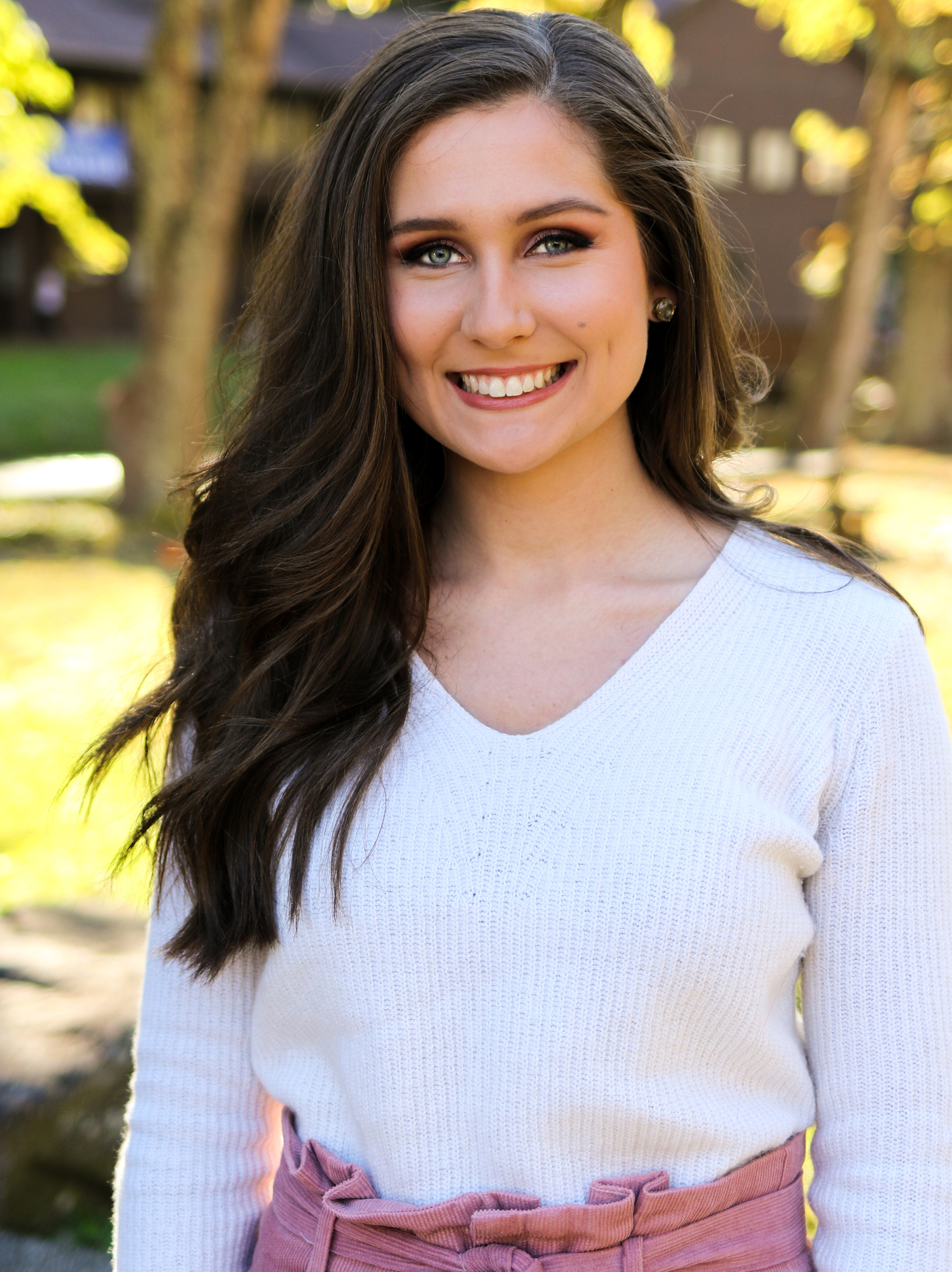 Students like Mathis are able to study at Alice Lloyd because of its unconventional budgeting method.

"When you begin with the concept that you're not going to charge out-of-pocket tuition, everything you do has to be built around that concept," says Stepp.

The college has a decent endowment, worth around $44 million. Alice Lloyd also relies heavily on fundraising.

Professors teach a heavier class load than at similar colleges. Also, Alice Lloyd doesn't give tenure, which might spark a revolt at other schools.

But there is one thing other colleges could learn from Alice Lloyd — the way it pays for new buildings.

"Typically, when colleges build buildings and they go into a lot of debt, you build that into tuition costs. Students have to bear that ultimately," says Stepp. "Here, we raise the money from private donors before we build."

On a campus tour, marketing director Katie Westerfield points out a new recreational center with a 550-seat gymnasium, which is still under construction.

"Even though it is not completed and won't be until the end of 2019, [this building] is fully funded at $20 million," says Westerfield.

Stepp says he understands how competition for students can make new facilities seem urgent. At the same time, he wonders, "How much debt should a college really go into as an institution? Do you need to put as much money into the facilities when students ultimately are going to pay for that through tuition?"

Finally, the last lesson is really more like a caution.

Alice Lloyd and Berea do something that, at first glance, may seem like a good way for a college to save money. Both are work colleges — requiring students to work at least 10 hours a week.

The act of working is considered more important than learning any specific skill. Many students come from tiny towns where jobs are scarce. So these college labor programs may be a student's introduction to the culture of work.

On the downside, students often work just two- or three-hour shifts. And every year, when seniors graduate, a quarter of the workforce must be replaced and trained all over again.

"It's not one of those items you would implement to offset some financial difficulties," says Berea's Amburgey.

And while college labor programs receive some federal funds, he says, "It is a lot of work to do this. It costs money to [run] the labor program."

Some colleges have tried to adopt the work-college approach only to give up because implementing the labor program was too expensive.

Also, research suggests that the work-college model is best suited for smaller institutions. In a chapter titled " 'Work Colleges' as an Alternative to Student Loan Debt" in The Neoliberal Agenda and the Student Debt Crisis in U.S. Higher Education, Nicholas Hartlep, chair of Berea's Education Studies department, and Diane Dean, an Illinois State University associate professor, write, "creating mandatory jobs for all students may not be feasible in institutions that have larger enrollments. Even scaling up to 5,000 students could prove unfeasible, let alone employing enrollments of 12,000 to 16,000."

Instead, the authors suggest that larger schools could try a hybrid of the work-college model. "Although transforming entire existing colleges into this model may be unrealistic and improbable, interest is growing and it may be possible to create similar small programs on campuses to offer as an option alongside other forms of financial aid."

Takeaway No. 3: The work-college model can help control costs. But it can also be expensive. Be wary.