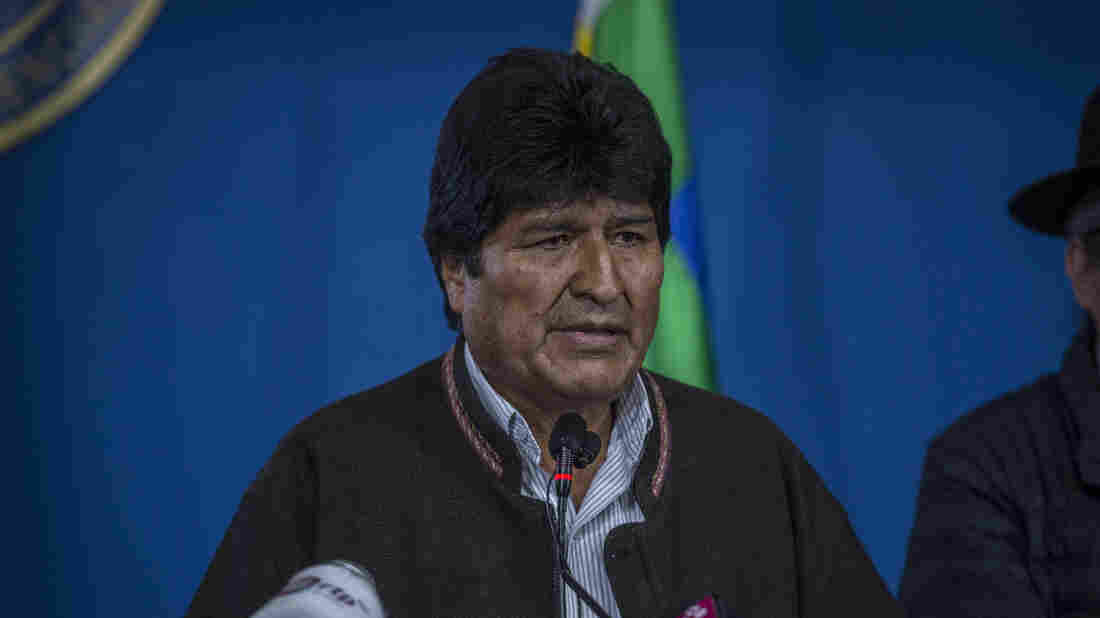 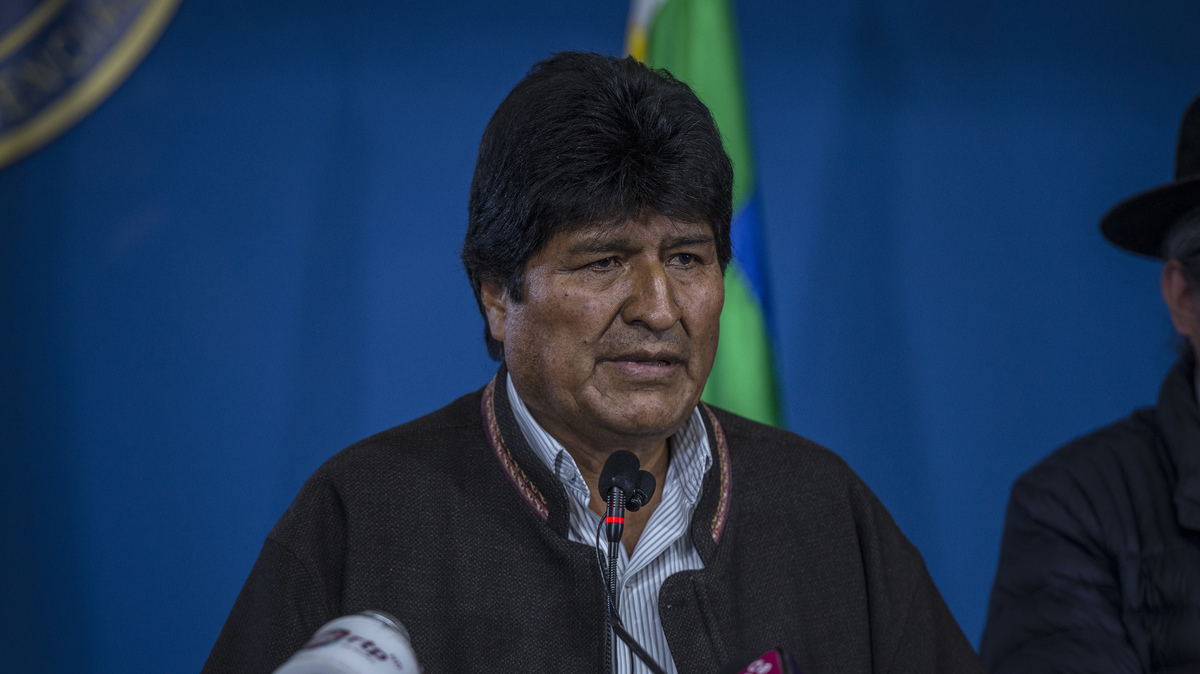 Evo Morales, Bolivia's president, speaks during a press conference in El Alto, Bolivia, on Nov. 9, 2019. Morales resigned the next day after protests and allegations of election fraud.

Bolivian President Evo Morales has resigned amid widespread protests across the country alleging fraud in the presidential election that he declared himself the winner of just three weeks ago.

"It is my obligation, as the indigenous president and as the president of all Bolivians, to look for peace," Morales said in a televised address on Sunday. "For this and many reasons, I am resigning."

Morales added that he felt deeply sorry for what he referred to as a "civic coup."

Since October's election, Bolivia has descended further into turmoil as allegations of fraud cast a cloud over the results of the vote. Morales initially called for new elections early on Sunday, after the Organization of American States released a preliminary audit indicating "serious security flaws" and a "clear manipulation" of a computer system, which the audit says ultimately affected the final count.

"The manipulations to the computer system are of such a magnitude that they should be deeply investigated by the Bolivian government to get to the bottom of and assign responsibilities in this serious case," the audit said.

The audit wasn't the only factor likely forcing Morales' hand: Police across the country began to declare themselves in mutiny, joining the throngs of protestors. In several cities, there have been reports of officers marching with demonstrators and chanting opposition slogans.

Williams Kaliman, commander of the Bolivian armed forces, said Saturday at a press conference that the military would not confront protestors.

"We will never face the people who we serve and we will always ensure peace between our brothers and the development of our country," Kaliman said.

Luis Fernando Camacho, a Bolivian protest leader, tweeted that he "cried with joy" at the mutiny of police forces, thanking them for "being with the people."

#Bolivia 🇧🇴: police forces in #Cochabamba are in mutiny against the government, refusing to crack down against protesters following election fraud pic.twitter.com/rPo9ByTZym

Bolivia has been in crisis since its Oct. 20 presidential elections, when allegations of electoral fraud sparked unrest. Morales was vying for a fourth presidential term, but early results after the vote seemed to indicate that he had not secured the votes necessary to outright win, and instead would go into a runoff election against former president Carlos Mesa, his closest rival.

But an unexpected gap in the reporting of results — followed by Morales narrowly securing the necessary votes to avoid that runoff election — led critics to accuse Morales of tampering with the results and thrust the country into turmoil. At two state-run media outlets, protestors broke in and forced the stations off the air. In one small town, protestors dragged the mayor through the street, covered her in red paint and cut off her hair. At least three people have died in the clashes.

Even before the current protests, critics have argued that Morales has been pushing legal boundaries to remain in power. In 2016, voters rejected Morales' attempt to amend the country's constitution to allow him to run for a fourth term. Morales appealed in court, where judges ruled he could be allowed on the ballot.

In an interview before Morales announced his resignation, Jennifer Cyr, an associate professor at the University of Arizona who studies institutional stability in Latin America, said that Morales' willingness to agree to an audit and his call for new elections was a good sign for the future of democracy in Bolivia.

"Evo Morales has centralized power and chipped away at checks and balances since coming to office," Cyr said via email. "But he is not a dictator. He is not unconstrained. Bolivia is not a Venezuela in the making."

Cyr said the political rise of Morales, the country's first president of indigenous descent, marked a break from the country's past.

"Evo's time in government has been hugely successful in terms of social gains and economic growth. It's difficult to stand against those kinds of gains," she said. "Ultimately, I think Bolivians want the elections to be respected - and for them to be free and fair."

It remains unclear who will succeed Morales, as officials who would have been next in the line of succession, Vice President Álvaro García Linera and Senate President Adriana Salvatierra, also resigned on Sunday.