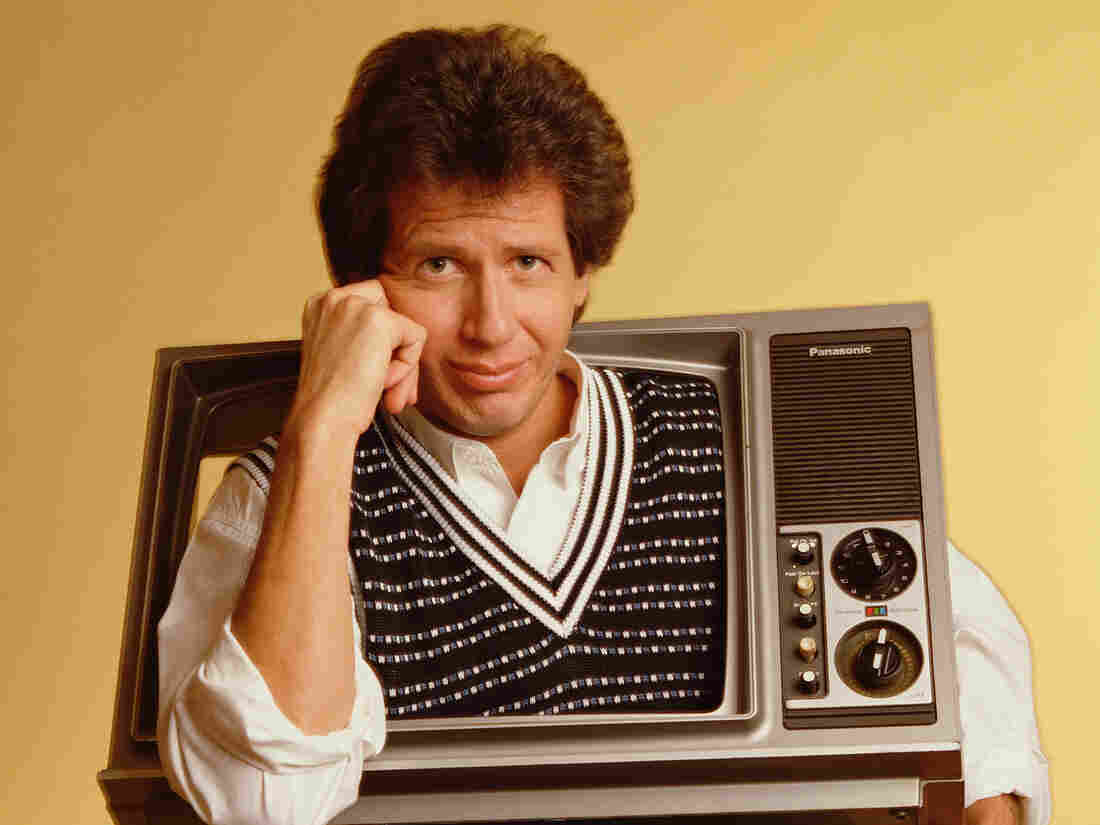 Filmmaker Judd Apatow describes his mentor, the comedian Garry Shandling (above), as a perfectionist: "He just could not just be chill and make it easy on himself. He wanted everything to be amazing." Bonnie Schiffman/HBO hide caption 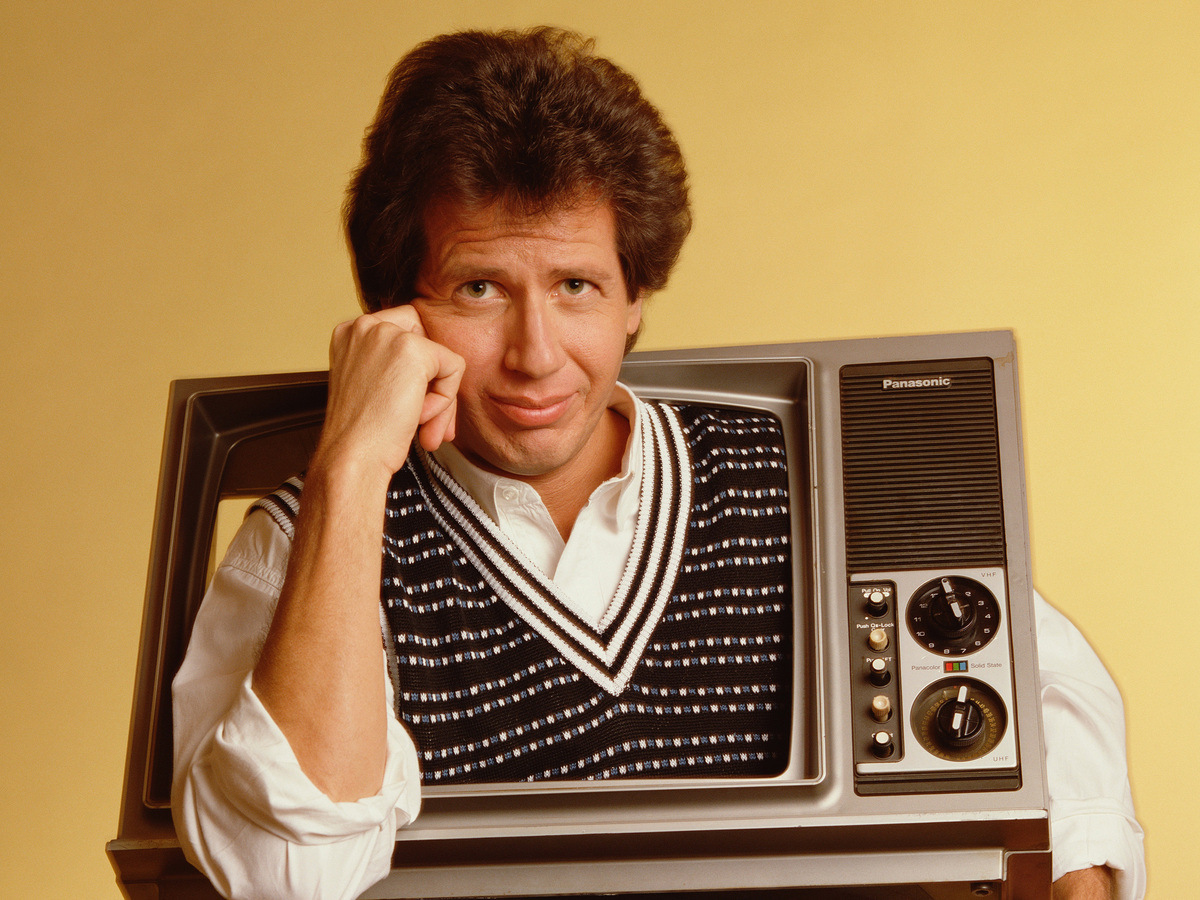 Filmmaker Judd Apatow describes his mentor, the comedian Garry Shandling (above), as a perfectionist: "He just could not just be chill and make it easy on himself. He wanted everything to be amazing."

Judd Apatow was a teenager when he first "met" comic Garry Shandling in a phone interview for his high school radio show. Years later, their paths intersected again when Shandling, who was hosting the Grammy Awards, hired Apatow to write jokes for him.

Shandling had been Johnny Carson's guest host on The Tonight Show before creating and starring in the groundbreaking comedy series It's Garry Shandling's Show and The Larry Sanders Show. He became Apatow's mentor and close friend.

"He completely changed my life," Apatow says of Shandling. "He hired me to write for his show. He did a cameo on the pilot of The Ben Stiller Show, which I thought was part of why we got picked up. He asked me to direct. ... It was always mysterious to me why he was so kind to me."

Apatow went on to produce Superbad and Girls, and to direct The 40-Year-Old Virgin and Trainwreck, but he always stayed in touch with his mentor. After Shandling's sudden death in 2016, Apatow helped sort through his belongings — including boxes of diaries dating back to 1978.

Shandling practiced Zen meditation for decades, and many pages of his journals are reminders to himself to stay calm, remain unattached to worldly things and let go of his ego.

Judd Apatow Mines The Mystery Of His Mentor: Garry Shandling

"I felt like there was so much wisdom in examining Garry's life," Apatow says. "Garry was a wounded person. He was a neurotic man. He was a guy constantly attempting to evolve and heal. I felt like there's so many lessons that people can get from learning about how he lived his life."

Shandling is the subject of Apatow's new book, It's Garry Shandling's Book, which is a companion to the HBO documentary Apatow made last year, The Zen Diaries of Garry Shandling.

"I saw in the journals that he wrote, 'Learn to grow old gracefully. Learn to become a mentor gracefully,'" Apatow says. "Now I'm more tuned into the responsibility of doing that. I'm lucky enough to be in a place where I can help people who deserve to be heard from or who deserve breaks. ... I definitely try to keep that Garry tradition alive." 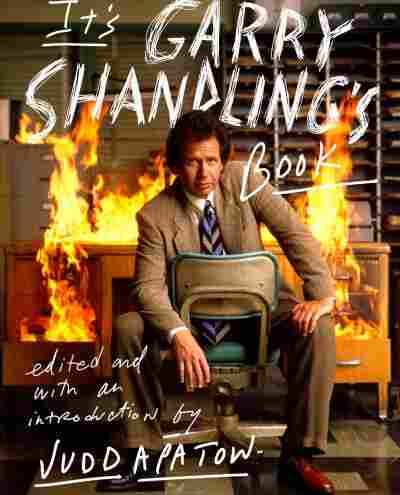 On Shandling's place in comedy

Garry always cut his own path. It always felt like Garry was outside of the system in some way.

Garry always cut his own path. It always felt like Garry was outside of the system in some way. So when he did It's Garry Shandling's Show, there really hadn't been a show like that, that was so experimental and weird and which made fun of the whole concept of sitcoms. ...

And then he did The Larry Sanders Show, which was a satire of talk shows. It was a behind-the-scenes look at an anxious, neurotic talk-show host, somewhat like Garry. And in it, he tried to explore the way show business and ego prevents people from connecting and loving each other. That was his premise. And in a way, he was trying to use the show to explore his own psyche. And I always thought he was mocking the part of himself that he didn't like, mocking the person that wanted to be rich and famous and someone who could hold this high position for a long time.

He was a unique, original thinker, and in a way, he was almost like an alternative rock band. And he did all this when TV didn't have much of this. There's a lot of television like that these days, but back in the '80s and early '90s, there wasn't programming like this.

On how Shandling's journals changed his understanding of Shandling

I was surprised that 30 years of journals mainly contained Garry trying to talk to his positive voice. So they weren't journals from the point of view of someone who was just trying to spew all their toxic stuff. A lot of us write in journals like that. We just want to get the bad voice out of our head, and that's not what Garry's journals were like. They were a voice talking to the panicked, anxious voice. So most of the journals were reminders to try to get out of ego, to try to be more kind and loving, to let go. It's 30 years of reminders about the type of person that he wants to be. There were some pages where he was complaining about something, but very few, considering that he did it for 30 years.

On how Shandling's 13-year-old brother died when Shandling was 10, and his parents didn't talk to him about the death or let him go to the funeral

It's hard to know for sure, but it certainly scarred him in a way that affected him throughout his life. I felt that his search for presence was based on the fact that at a moment in his life when he needed to be told the truth, he wasn't told the truth. It's hard to know how accurate all the details are, but what it sounds like was that he was sent away when his brother died, and he was sent to his grandparents, and that they didn't tell him for a little while, but he basically understood what was happening.

And then after his brother died, the family dealt with it by not talking about it, which, I think, for that time period — this is 1960 — is something a lot of people did in post-World War II America. They said, "All right, we're going to move forward, and how we survive this is: We are going to stuff it down deep and not talk about it." And so throughout Garry's life, he was all for being honest and open and vulnerable and present and real — and I think that's because at the key moment of his childhood, people were not real with him. 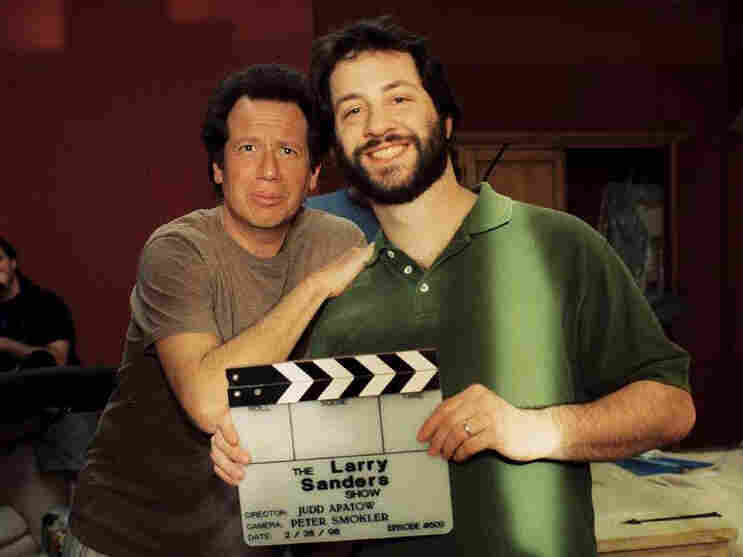 Apatow (right) was the co-showrunner for the final season of The Larry Sanders Show, which Shandling created. Larry Watson/HBO hide caption 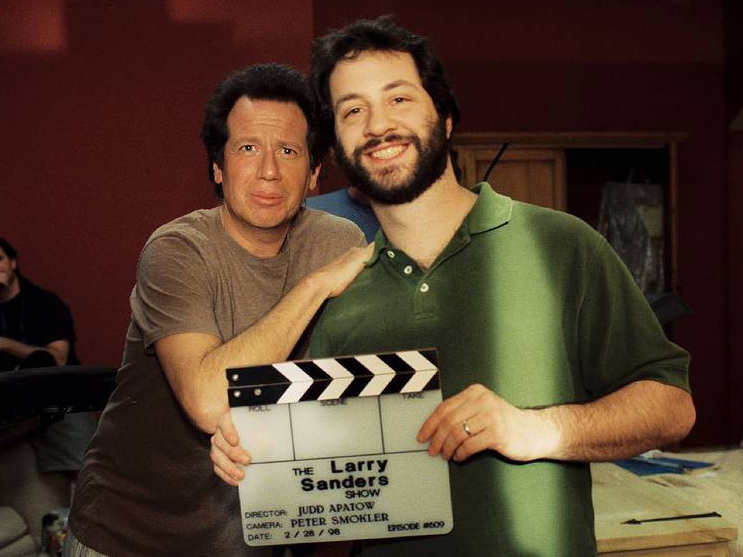 Apatow (right) was the co-showrunner for the final season of The Larry Sanders Show, which Shandling created.

I always liken it to trying to paint with Picasso — that if you are painting a painting with him, he probably at some point would turn to you and go, "You're doing it all wrong! What's with the red?" You would always disappoint him, because the show is so in his mind and it's so based on his feelings and experience that when you work on something so personal, how could you ever know what he would do, what's in his heart, how he would behave? ...

It was painful at times. If you pitched Garry a joke and he hated it, you would feel it. It would hurt you, the whole look of disappointment in Garry's eyes. ... There were very few people that Garry felt like could write the show. So when he said, "Hey, can you do me a favor and co-showrun this last season?" I was terrified, because I loved my relationship with Garry and I didn't want something to go terribly wrong with it. I said to him, "Garry, I'll do it. You have to know how hard this is." I was just honest with him in a way that probably no one ever had been. And I was honest about why he was difficult to work with.

On Shandling's perfectionism and growing interest in Zen Buddhism

He just could not just be chill and make it easy on himself. He wanted everything to be amazing. And in his head, the stakes were incredibly high and that is pure ego, and that's why he was always trying to remind himself not to have a big ego. It was a battle that continued, and then at some point near the end of his life, he really did let go and spent a lot more time mentoring people. He basically was satisfied with his work, and people would say, "When's your next show?" And he would say, "Weren't these two enough?" And he did let go.

He wrote a lot for The Larry Sanders Show about how success doesn't make you happy, and I think for most people that reached certain heights of success or whose dreams come true, they really learn something that a lot of people don't learn: [which] is that most of what happens when you get to that place is you realize that it doesn't work, and in some ways, it's very depressing. ...

I've looked at myself and all of my friends and we've all been in on a very long journey in our attempts to be creative, in our attempts to be successful and to get heard and make things. I've seen all the different ways that people have handled the ups and downs of their careers, and it is a struggle, because you put so much of your self-esteem in having people like you because you're doing a good job.

I think that Garry felt a lot happier in some moments after he stopped trying to do the work. He was very loving and giving, and if you wrote a script or had a cut of a movie, he was always there, 100 percent of the time, to come and give you notes and be so helpful. And I think that was a happier part of show business for him than being up at midnight rewriting a script for his show.

On how Shandling wrote about death in his diaries

He was about to have the surgery that he knew was potentially life-threatening, and in the journals he would say things like, "Death is not a change. Embrace death. It is freedom. Be open, be ready, be joyful to die." That's what it said on all the different pages. It was him trying, in a very Buddhist way, to be comfortable during his exit and to not fight it and to not resist and not see it as something different.

Lauren Krenzel and Joel Wolfram produced and edited this interview for broadcast. Bridget Bentz, Molly Seavy-Nesper and Patrick Jarenwattananon adapted it for the Web.