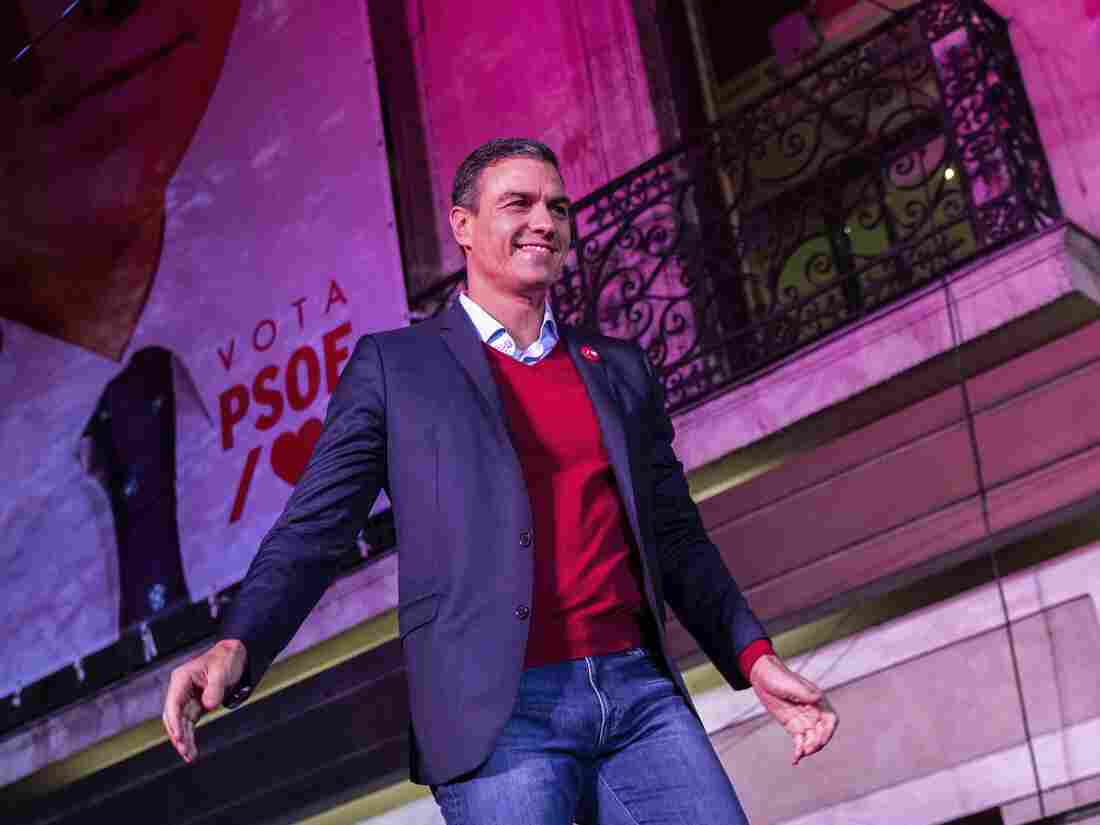 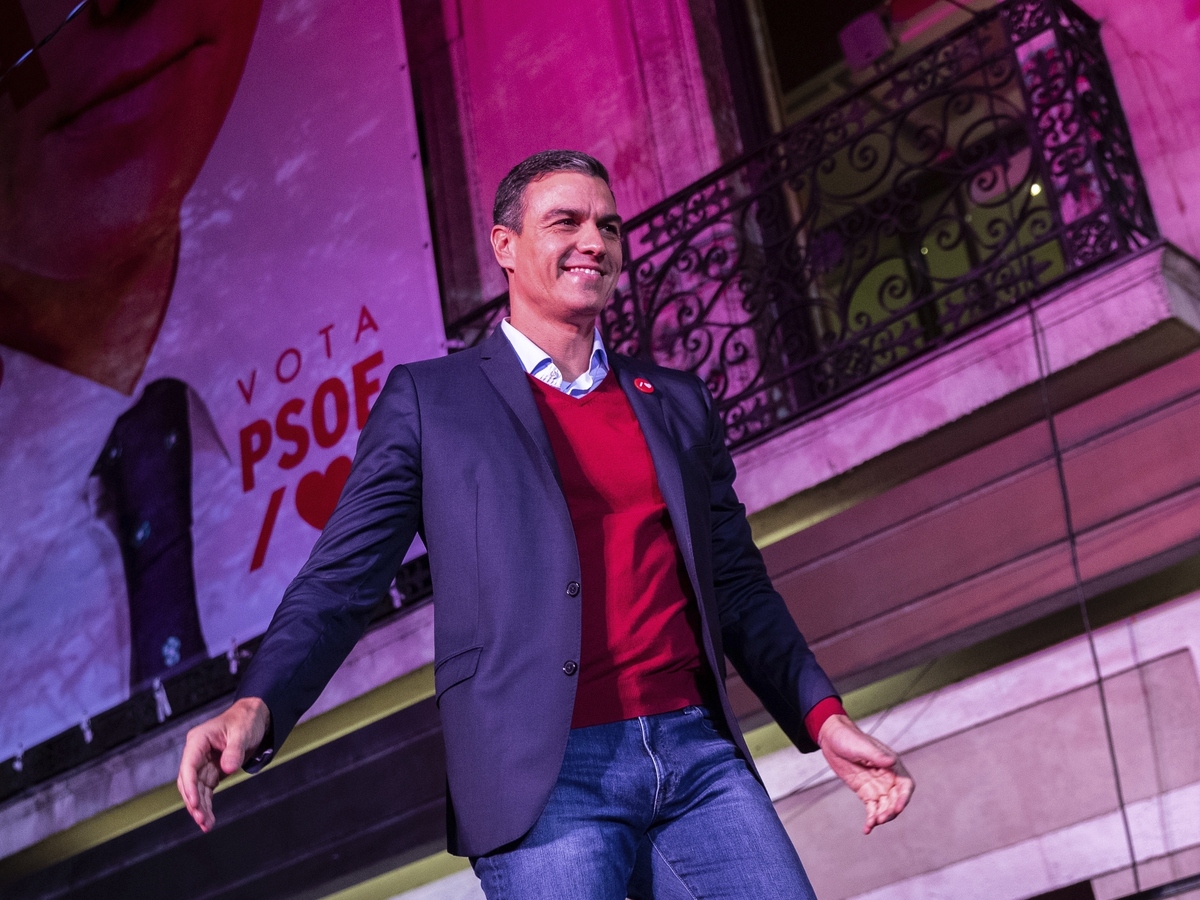 Spain's interim Prime Minister and Socialist Party leader Pedro Sánchez meets supporters, following the general election in Madrid on Sunday. The party won the most seats in Congress, but not a clear majority.

Spain's Socialist Party again won parliamentary elections on Sunday, but it fell short of a majority, and the recently emerging far-right Vox party made major gains.

Acting Prime Minister Pedro Sánchez's Socialists earned 120 of 350 seats, three fewer than in April's election. In second, the mainstream conservative People's Party won 88 seats, up from 66 in the last vote.

Vox, which advocates tough stances against immigration and the independence drive in the Catalonia region, more than doubled its results — up to 52 seats from 24. That will make it the third-largest group in parliament, an advance celebrated by populist right-wing and nationalist politicians from other parts of Europe, as The Associated Press reported.

It is a spectacular turnaround for a party previously considered on the fringes of Spanish politics that won just 0.2% of the vote three years ago.

"Today a patriotic alternative and a social alternative has been consolidated in Spain that demands national unity and the restoration of constitutional order in Catalonia," Vox's leader, Santiago Abascal, told supporters in Madrid, according to the BBC.

Sunday's election was meant to ease political gridlock. The April vote also handed the most seats to the Socialists but, without a clear majority, the party became mired in months of failed negotiations to form a government with some smaller leftist parties.

This time around, the results from the fourth election in as many years appear to have weakened the left's position and strengthened the right.

"We will form a progressive government," interim Prime Minister Sánchez promised supporters at a celebration rally on Sunday.

Socialist supporters have urged Sánchez to form a coalition with the far-left United We Can party, NPR's Lucía Benavides reported.

The Citizens, a center-right group, suffered scathing losses, falling from 57 seats to 10.