Accessibility links
Rep. Adam Schiff: Trump's Potentially Impeachable Offenses Include Bribery The Intelligence Committee chairman said bribery is a "breach of the public trust in a way where you're offering official acts for some personal or political reason, not in the nation's interest." 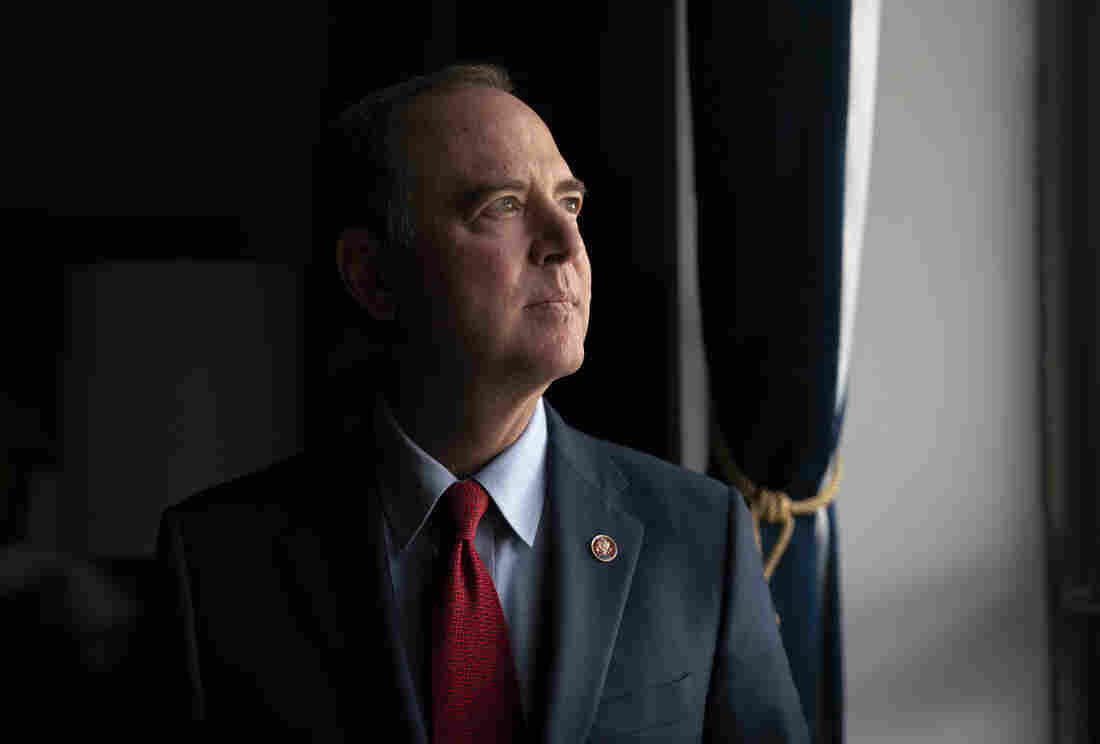 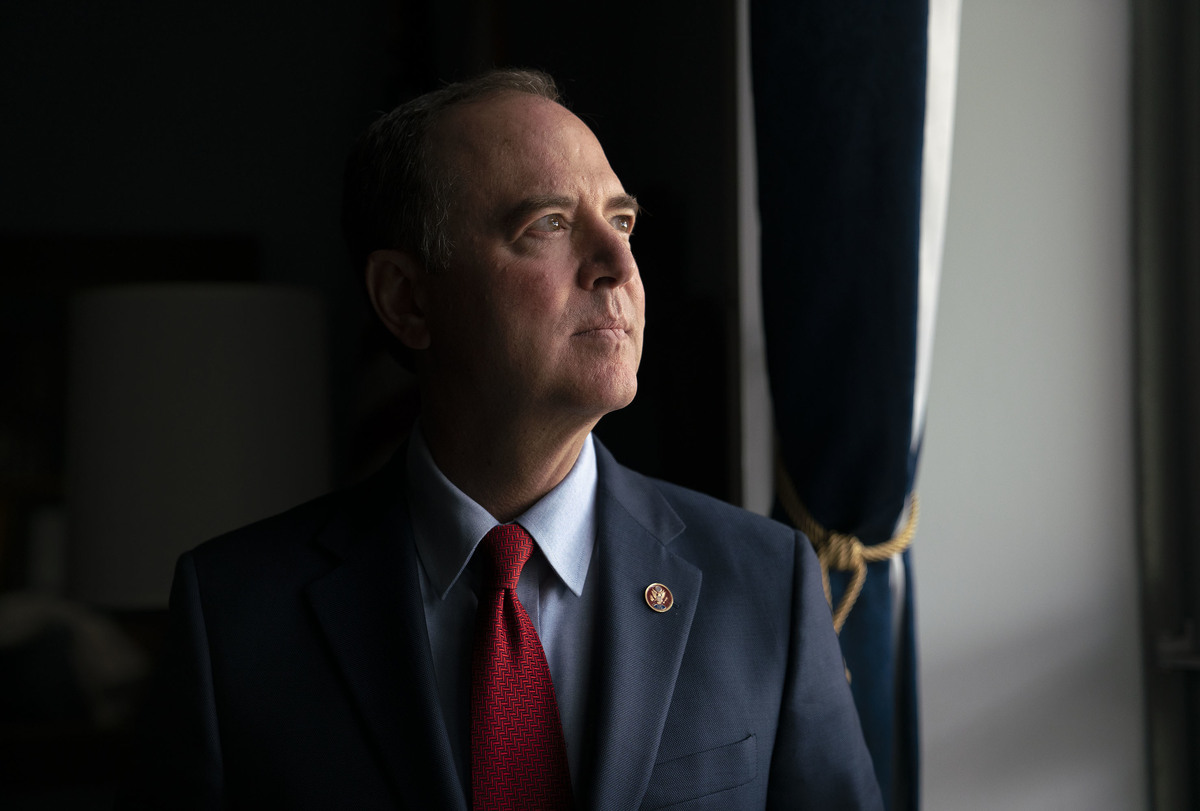 House Intelligence Committee Chairman Adam Schiff, D-Calif., answers questions regarding the public impeachment hearings set to begin on Wednesday. Schiff has been the face of the impeachment inquiry into President Trump.

With the House set to begin public hearings Wednesday for the impeachment inquiry into President Trump, the man leading the Democrats' investigation says he already sees several potential impeachable offenses Trump has committed, including bribery.

House Intelligence Committee Chairman Adam Schiff, D-Calif., told Morning Edition host Steve Inskeep during an interview at the Capitol on Tuesday that he thinks there's a clear argument to be made that Trump committed "bribery" and "high crimes and misdemeanors" — both explicitly outlined in the Constitution as impeachable offenses — when pressuring the Ukrainian government to investigate former Vice President Joe Biden's son in exchange for long-promised military aid.

"Bribery, first of all, as the founders understood bribery, it was not as we understand it in law today. It was much broader," Schiff said. "It connoted the breach of the public trust in a way where you're offering official acts for some personal or political reason, not in the nation's interest."

To prove bribery, Schiff said, you have to show that the president was "soliciting something of value," which Schiff thinks multiple witnesses before his committee have testified to in private.

The Ukraine Impeachment Inquiry Begins A New Phase This Week: What You Need To Know

Now, some of those who have provided the most damning testimony to corroborate that will testify this week: acting Ambassador to Ukraine William Taylor and Deputy Assistant Secretary of State George Kent on Wednesday, followed by ousted former Ambassador to Ukraine Marie Yovanovitch on Friday.

"The basic allegations against the president are that he sought foreign interference in a U.S. election, that he conditioned official acts on the performance of these political favors," Schiff said. "And those official acts include a White House meeting that the president of Ukraine desperately sought with President Trump, as well as hundreds of millions of dollars in taxpayer-funded military assistance for a country that is at war with Russia and a country that the United States has a deep national security interest in making sure it can defend itself."

Republicans have continued to defend Trump, who has denied any wrongdoing or any quid pro quo in dealing with Ukraine. Some GOP lawmakers have pushed back that since the aid to Ukraine was eventually delivered and the country never pursued an investigation into Hunter Biden and Burisma, the energy company on whose board he sat, there is no case. But Schiff argued that doesn't matter.

"I mean, when you consider the serious terms of whether the president has committed an impeachable offense, the fact that the scheme was discovered, the fact that the scheme was unsuccessful, doesn't make it any less odious or any less impeachable," he said. "If the president solicited for help in the U.S. election, if the president conditioned official acts on the performance of these political favors, whether Ukraine ever had to go through with it really doesn't matter. What matters is: Did the president attempt to commit acts that ought to result in his removal from office?"

While a Democratic-controlled House seems sure to impeach Trump if articles are brought forth, there is a much bigger hurdle in the Republican-controlled Senate, where 67 votes are needed for removal. But Schiff, who noted he was initially hesitant to pursue impeachment until the Ukraine bombshell, said moving forward is necessary to set a precedent for future presidents.

But he added that even if the Senate doesn't convict, that wouldn't necessarily mean the House was wrong in its actions.

"Impeachment is not only a remedy to remove a president. It's also the most powerful sanction the House has. And if that deters further presidential misconduct, then it may provide some remedy even in the absence of a conviction in the Senate," Schiff said.

"But again," he added, "I have to hope that my Senate colleagues on both sides of the aisle will keep an open mind, will do their constitutional duty, will set aside the party of the president. Because otherwise, why are they even there and what does their oath of office really mean?"