Accessibility links
Jimmy Carter Surgery: 'No Complications' In Bid To Relieve Pressure On His Brain Former President Jimmy Carter, 95, was admitted to Emory University Hospital on Monday evening for the procedure. He was accompanied by his wife, Rosalynn. 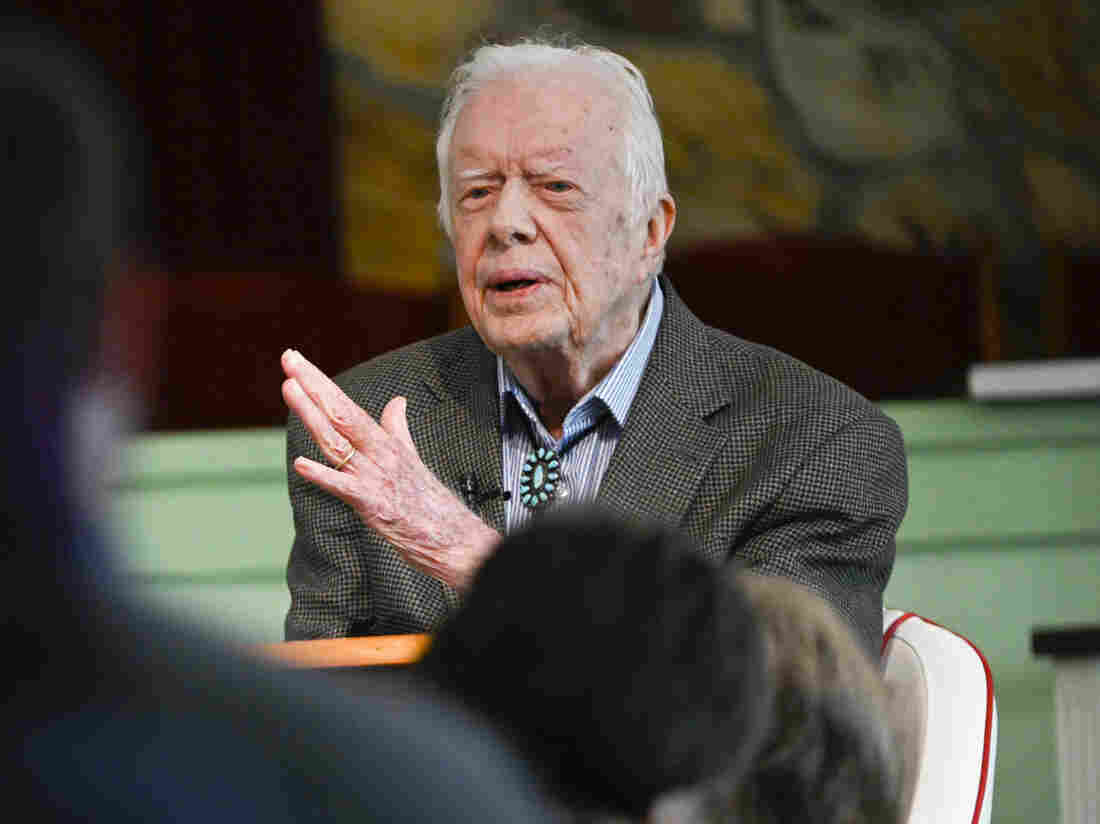 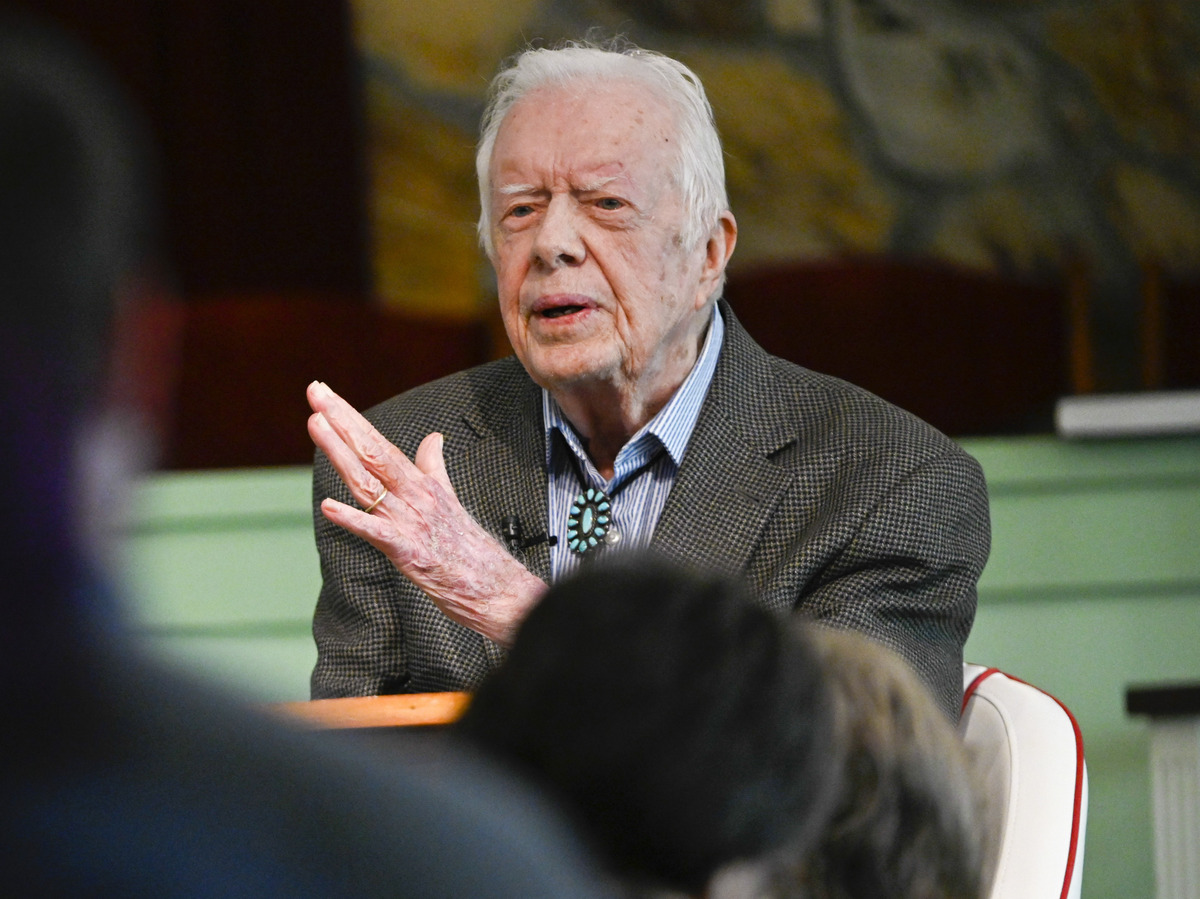 Former President Jimmy Carter underwent surgery Tuesday morning to relieve pressure on his brain that was caused by bleeding from two recent falls, the Carter Center said. The former leader is now recovering from the operation.

"There are no complications from the surgery," the center said. It added that Carter will stay in the hospital for observation "for as long as advisable" by his doctors.

Carter, 95, was admitted to Emory University Hospital in Atlanta on Monday evening for the procedure. He was accompanied by his wife, Rosalynn.

Carter has had three bad falls this year. On Oct. 21, he suffered a "minor pelvic fracture" after a fall in his Plains, Ga., home. In early October, he was left with a pronounced black eye after another fall. And in May, he broke his hip as he prepared to go turkey hunting, resulting in hip replacement surgery.

The fact that doctors waited overnight before doing surgery suggests that the bleeding in Carter's brain was slow and that it probably began after one of several falls he's taken in the past few weeks.

The Carter Center said the former president sustained a subdural hematoma — the most common sort of brain bleeding after a fall.

In older patients, even a relatively minor blow to the head can rupture veins along the dura mater, a tough membrane that lies between the skull and brain. As the blood builds up and clots, it can put pressure on the brain and can cause symptoms ranging from headaches to memory problems to seizures and paralysis.

To relieve pressure on the brain, doctors often make a small hole in the skull, then insert a tube to remove the blood. While the hospital has not released details about Carter's operation, that is likely the procedure he had Tuesday morning.

For large clots, surgeons are more likely to remove an entire section of the skull, giving them direct access to the injured area.

Despite his recent injuries, Carter has maintained a busy schedule, making public appearances and building houses with Habitat for Humanity as part of the Jimmy & Rosalynn Carter Work Project. He also regularly teaches Sunday school at Maranatha Baptist Church in his hometown in southwest Georgia.

Carter is the longest-lived U.S. president, and he is also a cancer survivor, having been successfully treated for melanoma that had spread to his liver and his brain, which was diagnosed in 2015.