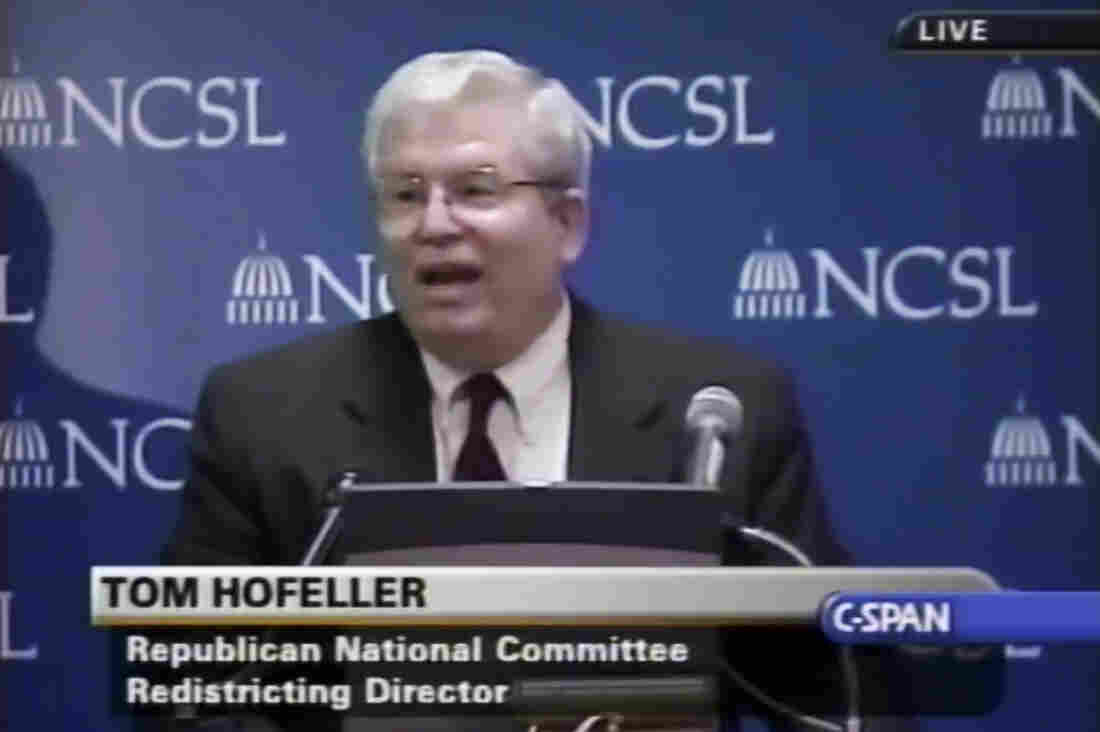 GOP strategist Thomas Hofeller had concluded in a 2015 study that adding a citizenship question would help redraw state and local voting districts in a way that would be "advantageous to Republicans and Non-Hispanic Whites." C-SPAN via AP hide caption 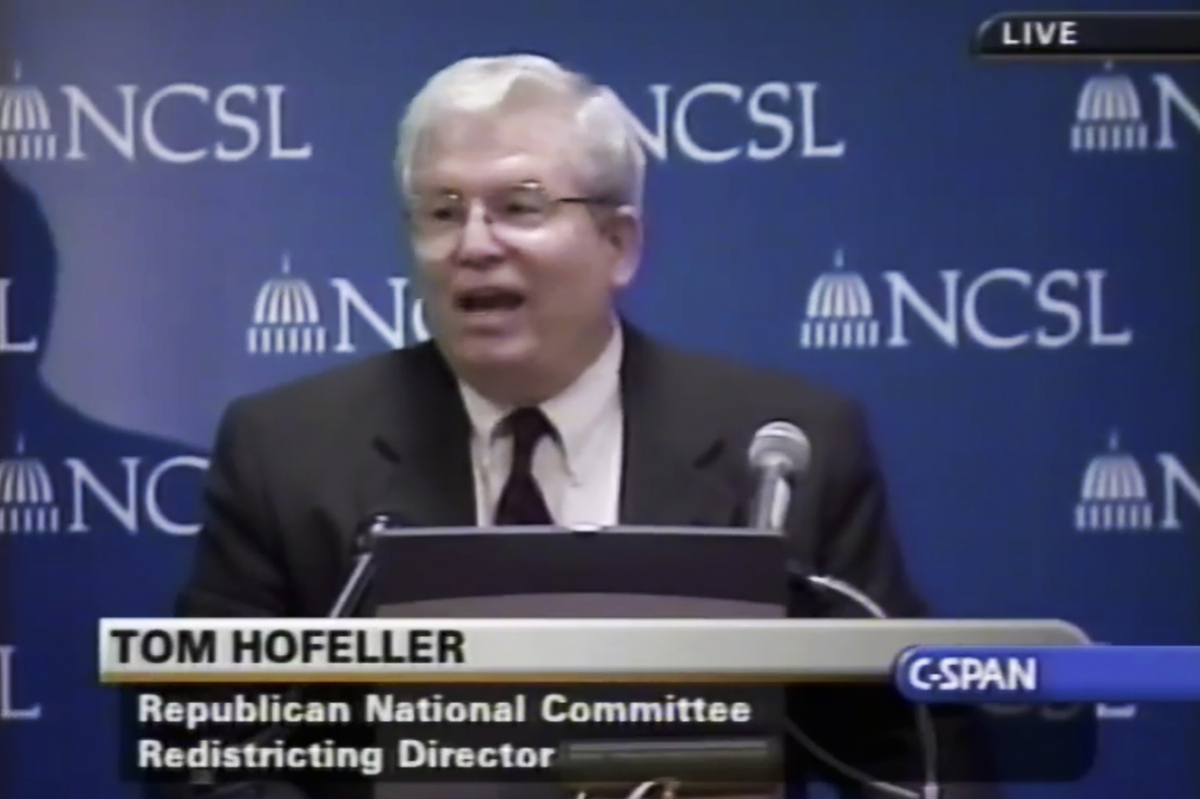 GOP strategist Thomas Hofeller had concluded in a 2015 study that adding a citizenship question would help redraw state and local voting districts in a way that would be "advantageous to Republicans and Non-Hispanic Whites."

A prominent GOP redistricting strategist had direct communication with an adviser to the Trump administration concerning the addition of a citizenship question to the 2020 census, newly released emails show.

The emails were released Tuesday by the House Oversight and Reform Committee, which has been conducting an investigation into the origins of the citizenship question that the Trump administration failed to add to forms for the upcoming national head count.

Thomas Hofeller, who died last year, had concluded in an unpublished study from 2015 that adding a citizenship question to census forms would produce the detailed data needed to redraw state and local voting districts in a way that would be "advantageous to Republicans and Non-Hispanic Whites."

Challengers of the citizenship question proposed by the Trump administration alleged that Hofeller ghostwrote part of an early draft of the administration's formal request to the Census Bureau for the question.

A Justice Department spokesperson denied the allegations when they first surfaced in May, saying that Hofeller's study "played no role" and calling the plaintiffs' claims "unfounded."

The administration's now-former adviser on census issues, Mark Neuman, however, provided previously undisclosed emails to the House Oversight Committee in July, according to the committee's acting chair, Rep. Carolyn Maloney, D-N.Y., that show that Neuman and Hofeller were in contact about the following draft language for a citizenship question request:

"Please make certain that this language is correct," Neuman wrote to Hofeller in an email dated Aug. 30, 2017.

Later that same day, Hofeller confirmed by email that Oldham had read the draft language and said that "it is fine as written."

These latest details on the behind-the-scenes discussion about the citizenship question were released in a memo that Maloney distributed to other members of the House Oversight Committee as part of an update to its investigation that was started under the leadership of Rep. Elijah Cummings, D-Md., who died in October.

In response to the committee's release of the emails, Neuman told NPR in a written statement:

"I have spent three decades — mostly on a pro bono basis —  fighting to make sure that ALL my fellow Latinos living in America (my mother was a Spanish speaking immigrant from Central America) are accurately counted in the Decennial Census. All of my actions over the past 30 years are fully consistent with — and motivated by — my goal of 'maximizing Latino representation.' "

NPR has also reached out to Oldham and a spokesperson at the Justice Department for comment.

Attorneys with the American Civil Liberties Union, along with New York Civil Liberties Union and Arnold & Porter, are currently waiting for U.S. District Judge Jesse Furman of New York to rule on a request to consider imposing penalties on the Trump administration over allegedly false or misleading statements during the lawsuits.

Neuman is accused of providing false testimony and withholding evidence — allegations that he has denied.

"These documents further confirm that the Trump administration's push to include a citizenship question on the census was always part of a scheme to undermine fair representation for communities of color," said Dale Ho, director of the ACLU's Voting Rights Project, who helped represent plaintiffs in one of the lawsuits over the question.

As part of the congressional investigation, the House Oversight Committee also interviewed Christa Jones, a high-ranking official at the Census Bureau who had privately discussed the citizenship question issue with Hofeller in 2015.

According to the memo, Jones told congressional investigators in July that she raised the issue because she was aware of Hofeller's interest in using the question for "the Republican redistricting effort." Jones also noted that Oldham had advocated for such a question for the purposes of redrawing voting districts and for redistributing congressional seats "[p]robably more times than I can remember," according to the memo.