Accessibility links
Independent Investigation Finds No Clear Motive For Virginia Beach Mass Shooting Investigators found that the mass shooter was socially isolated and had some personal problems, but found no clear warning signs ahead of the attack. 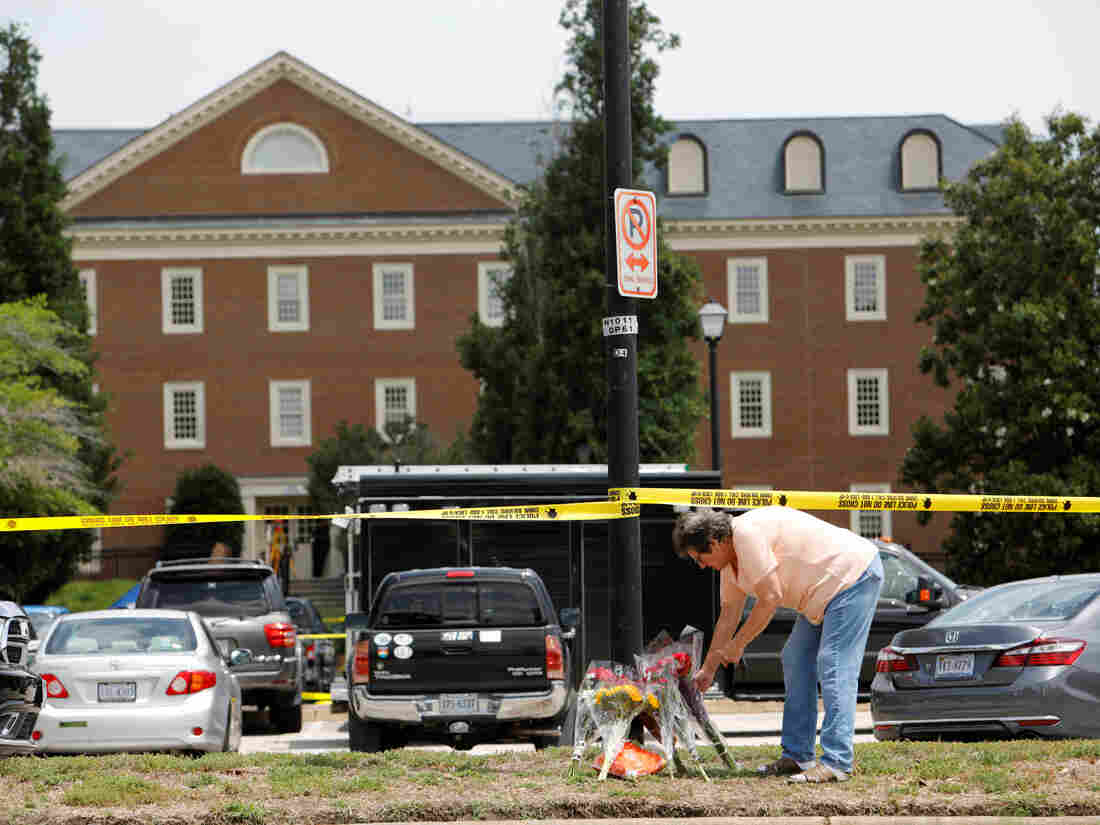 A resident places flowers at a memorial the day after the shootings deaths of 12 people in Virginia Beach, Va. Jonathan Drake/Reuters hide caption 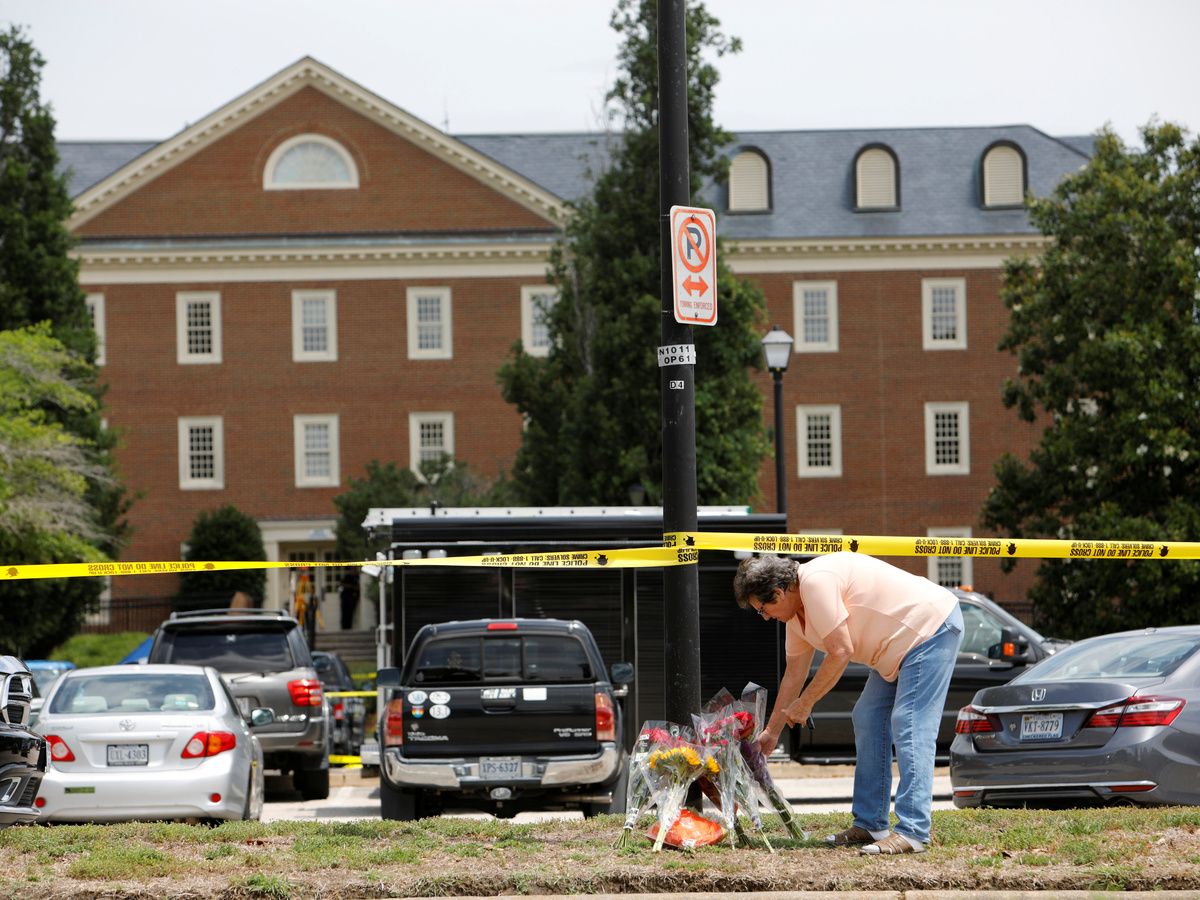 A resident places flowers at a memorial the day after the shootings deaths of 12 people in Virginia Beach, Va.

Independent investigators say they have turned up no clear motive for the mass shooting that killed 12 people at a Virginia Beach municipal complex on May 31.

The investigation revealed that in recent years, the shooter had begun purchasing firearms, body armor and silencers, and spending time online reading newspaper accounts of other mass killings. But the probe did not find any clear signs that might have served as a warning to city officials, the lead investigator said.

"Retrospectively we can look at these elements and go, this individual is struggling and is potentially on a path of violence," Arnette Heintze, CEO of the security risk management firm Hillard Heintze, said during a press conference in Wednesday evening. "But there's not a point in time where you can say, 'This guy is going to carry out this act.' "

Heintze's firm presented the results at a special city council meeting in Virginia Beach. The review found that the shooter had endured several personal struggles in recent years, including a divorce in 2017. He'd also complained of feeling "singled out" for unsatisfactory performance at work.

Gun Control Is Front And Center In Virginia Races

During an update presented to the council in September, Heintze had said he was hearing reports of a hostile work environment at the city – particularly for African American workers.

Speaking to reporters Wednesday, Heintze said that, based on an independent survey of city workers, he does not believe the work environment was a contributing factor to the mass shooting.

"We find that the voices that we heard, they were isolated. There was not a systemic problem that we heard," Heintze said, but added, "One voice is too many."

Based on those reports, the firm recommends that the city establish an independent public advocate or ombudsperson who can review such complaints.

Heintze told reporters the most surprising part of the investigation for him was the degree to which the shooter appeared to lack close connections to other people.

"This individual was truly isolated, and such a loner and did not seem to have a network of relationships of people that could have provided some insight into him," Heintze said.

During the meeting, city council member Sabrina Wooten expressed appreciation for the report, was concerned about what she said seemed like an incomplete picture of what led to the deadly attack.

"What seems to be puzzling to me ... is the fact that we just don't have enough information on the attacker," Wooten said. "That seems to be a very elusive part of this investigation."

Virginia Beach police also are investigating the shooting. Officials have said they do not expect that investigation to be completed for several more months.