What's Good, What's Bad And What's Back On Disney+

What's Good, What's Bad And What's Back On Disney+ 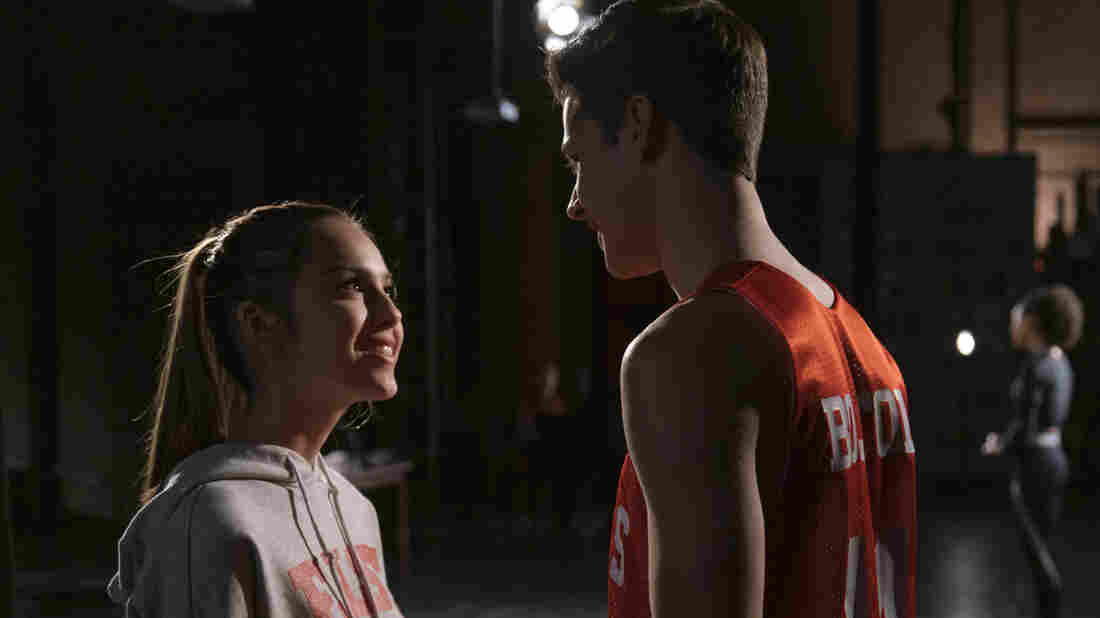 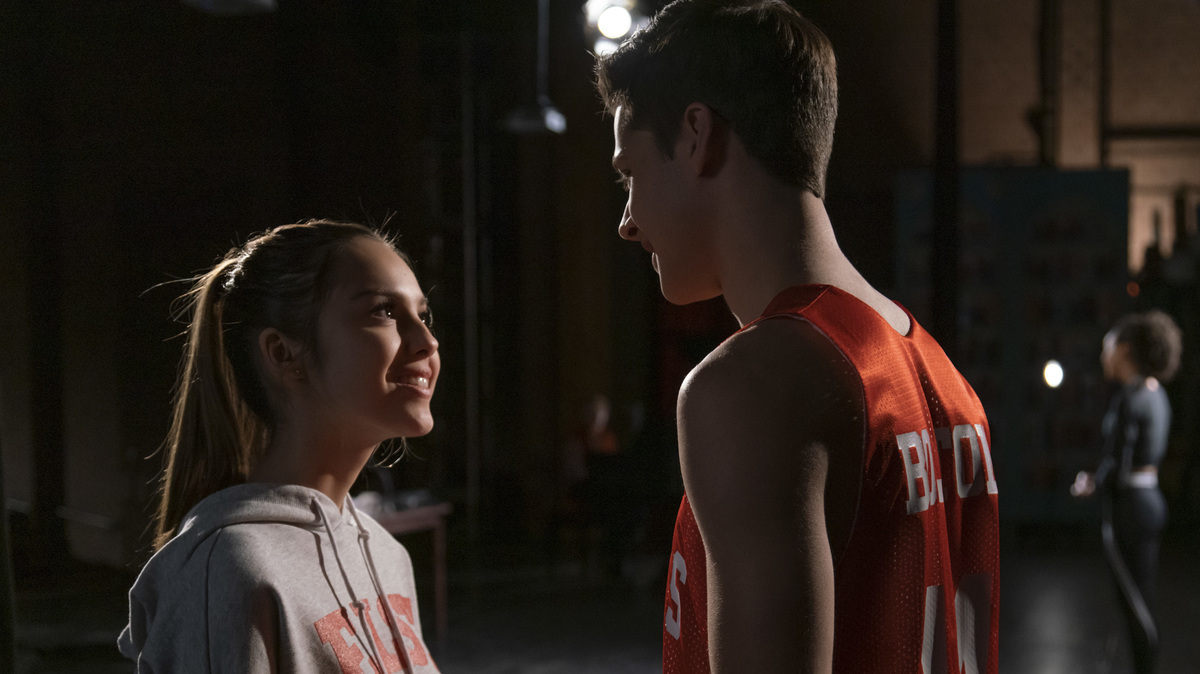 The most striking thing about Disney+ as of its launch is that even most of what's new isn't new.

The originals include The Mandalorian, which is a Star Wars series; High School Musical: The Musical: The Series, a scripted mockumentary connected to High School Musical; a live-action remake of Lady and the Tramp; Marvel Hero Project, which capitalizes on the Marvel brand by making inspirational kids into superheroes with their own commemorative comics; and the short series Forky Asks A Question, in which the Toy Story 4 breakout star considers quandaries like "What Is Money?" Even Noelle, a new kids' Christmas movie starring Anna Kendrick and Bill Hader as Santa's children, was originally set up as a theatrical film and only later rejiggered as a streaming original.

It's too early to have seen everything that's new, but let's take a look at some of the originals on offer — or the semi-originals, let's say.

How To Pick The Streaming TV Services You Actually Want

Encore! I think this is my favorite of the originals I've seen. It kind of nestles up to the High School Musical brand, in that it's a reality series in which each episode reunites the cast members of an actual high school musical, challenging them to not only catch up with each other but restage their original show. The first episode brings the cast of a 1996 Santee, Calif., production of Annie back together, and while a lot of it is pretty cheesy, there's something very genuine about grown adults who have largely abandoned theater coming back to it, just briefly, to revisit what made them theater kids in the first place.

Forky Asks A Question: These are three-minute bites of Forky, the talking spork who set Pixar's world on fire this summer. In the first, he ponders what money is with the help of his friend Hamm. (Both Forky and Hamm are voiced by their original film actors, Tony Hale and John Ratzenberger.)

High School Musical: The Musical: The Series: The first thing to know is that they clearly did adopt that title with a tongue-in-cheek attitude about the project, not with the sense that double-colon naming conventions are a good idea. It settles into an amiable, scripted mockumentary in which the high school where High School Musical was filmed puts on a production of a stage adaptation of the film. Does that make sense? It shouldn't. But for those over and under 12 who enjoyed the earnest, silly pleasantness of HSM, this might just hit the spot.

The Mandalorian is almost certainly the highest-profile original Disney+ has. Being a Star Wars movie person but not particularly an expanded-universe person, I turned this one over to NPR's own Glen Weldon, who offers these thoughts:

Set in the grubby, "hive of scum and villainy" corner of the Star Wars universe as far from The Force as possible — think blasters and armor, not lightsabers and Jedi robes — The Mandalorian's workmanlike first episode ended with an intriguing revelation. Plus, it had Werner Herzog as a shady underworld figure biting off chewy chunks of his whispered dialogue, which included the words "parsec" and "fob," so that's fun.

Marvel Hero Project: A good show for your extremely earnest kid and a shameless ad for the Marvel brand at the same time, Marvel Hero Project showcases one young person per episode who qualifies as a hero. The show profiles the kid, and ultimately the Marvel folks produce a comic saluting the youngster. The first episode, about a girl named Jordan who has become relatively well-known for helping to invent a prosthetic arm for herself that shoots glitter, is predictable but affecting, and it does a good job of spotlighting the relationship between disability and design rather than focusing on her as a sad story — which she isn't.

Noelle: The easy take on this kids' movie — with an actual-factual G rating, which almost never happens with live action — is that it's Hallmarky. But it's really not; those are typically romances, and this isn't. Anna Kendrick is charming and likably odd as Noelle, Santa's daughter. But the whole story of her quest to find her brother Nick (Bill Hader) and persuade him to take the reins of the family sleigh is emphatically weird, tonally and visually, and it never comes together. I'm tempted not to judge too harshly, because it's not just appropriate for kids; it's appropriate for little kids. But parents will probably not want to hang around.

The World According to Jeff Goldblum: This National Geographic-branded series will appeal precisely as much as you find Goldblum to appeal when he is not being supported by great writers. It's in the tradition of lots of basic-cable nonfiction shows, where a host walks around exploring a factory or answering a question. The first episode is about sneakers, and it leads up to his receipt of a pair of custom kicks that I found startlingly boring given their price.

I declined to watch two shows that simply seemed too much like straight-up ads for Disney: Disney Family Sundays, in which kids learn to make crafts saluting Disney properties; and The Imagineering Story, a two-part documentary, narrated by Angela Bassett, about the creation of Disneyland. This isn't to say these shows are bad! They're just outside the realm of criticism, it seems to me. (I would compare it to reviewing one of those specials broadcast networks used to do where they spotlighted all their new fall shows.) I also haven't gotten to the Lady and the Tramp remake, or a couple of other shorts compilations. Thus far, I'd say for a kid who likes Disney stuff in general, there are some things that may well be of interest. For an adult, not much in the haul of originals is a big deal.

But boy, it really is an impressive slate of library content. Yes, it has the Marvel movies, the Pixar movies, the Star Wars movies, the movies taken "out of the vault" like Cinderella and Peter Pan and many more. There are the live-action inspirationals, like Remember The Titans and Secretariat and Miracle. (It's perhaps not surprising that a search for the term "miracle" brings up six titles that include that word, from Miracle in Lane 2, about a soapbox derby racer, to Miracle at Midnight, about a family that protected Jews in Denmark during World War II. "Princess" doesn't just give you The Princess and the Frog and The Princess Diaries but oodles of other things, like Ice Princess, with Michelle Trachtenberg, and Princess Protection Program, with Selena Gomez.

The original Avatar. The Muppet Movie. The Simpsons (though early episodes are cropped to widescreen in a way that has fans up in arms). The Sandlot and Rookie Of The Year; Escape to Witch Mountain and Herbie The Love Bug. Nat Geo Wild veterinarian shows like Dr. K.'s Exotic Animal E.R. and Dr. Oakley, Yukon Vet. The Suite Life Of Zack & Cody and Hannah Montana.

You can see why Disney is leaning on the stuff it already has and using it to prop up the originals, as opposed to an approach like Apple TV+, which has essentially no library to speak of but has spent big on original series like The Morning Show. This is the quintessential library play for a streaming service, as opposed to an original content play, if you will. Disney wants you to like High School Musical: The Musical: The Series, but it helps that it thinks you already like High School Musical: The Movie: The Original One: The Zac Efron Thing.