Accessibility links
Juvenile Justice Groups Say Felony Murder Charges Harm Children, Young Adults In most states, a person who commits a property crime can face a felony murder charge if it results in someone being killed, even unintentionally. Juvenile justice advocates say the law is unfair. 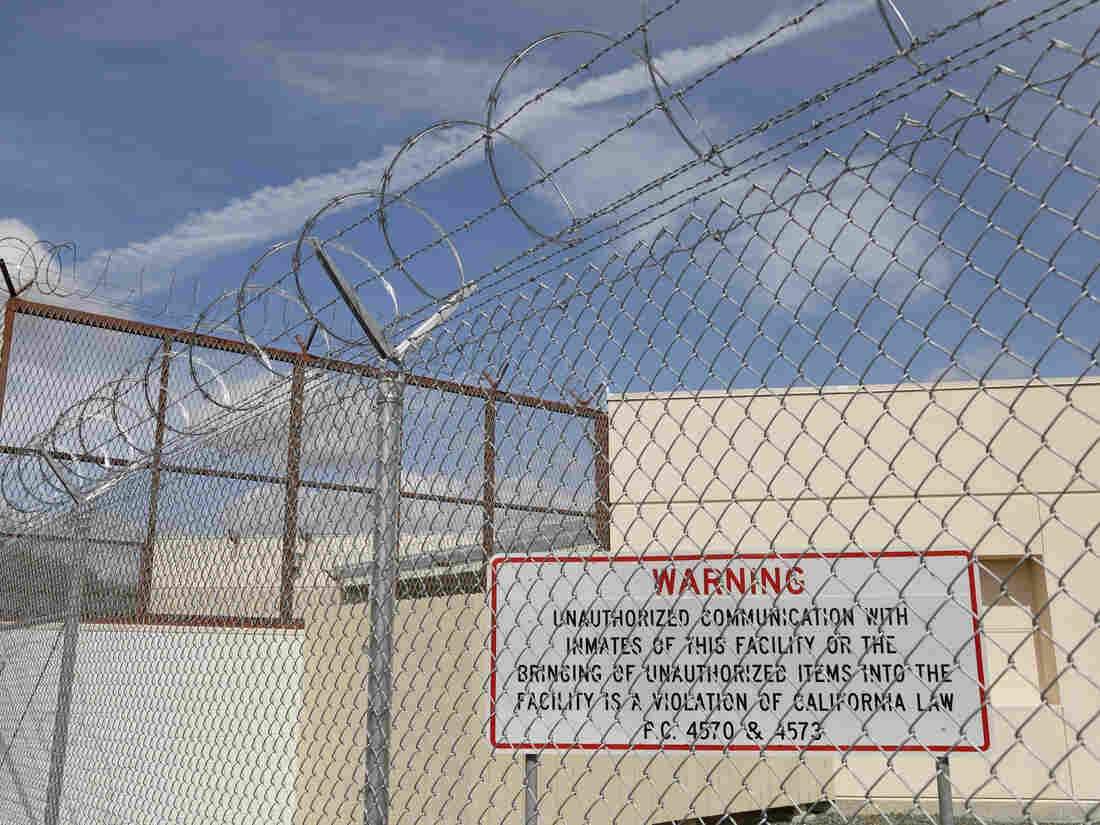 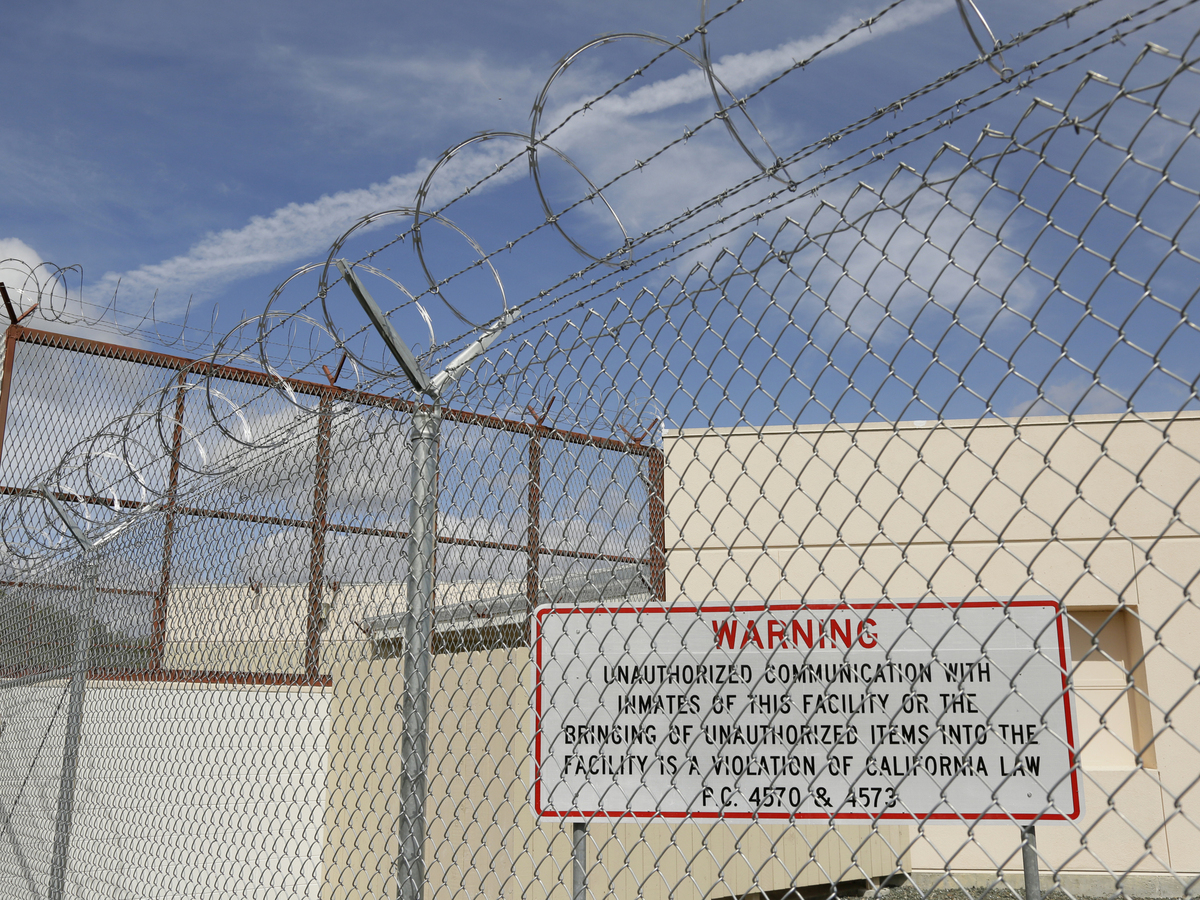 More than 40 states currently have a felony murder law, which juvenile justice advocates believe unfairly impacts young people. Some lawmakers in states such as Illinois and California have sought to enact reform.

Felony murder is not your average murder. Juvenile justice advocates call felony murder laws arcane and say they unfairly harm children and young adults. Prosecutors can charge them with felony murder even if they didn't kill anyone or intend to do so. What's required is the intent to commit a felony — like burglary, arson or rape — and that someone dies during the process.

Everyone involved in that underlying felony can be held responsible for the death. In some cases, a person who wasn't even present when the death occurred may face a felony murder charge too. It's a controversial provision that has been around for hundreds of years. It got its start in England, which abolished the rule in the 1950s. Other countries followed suit.

In the United States, though, more than 40 states have a felony murder law on their books. But a few, including Hawaii and Michigan, have abolished it, and others have restricted its use.

One of the more recent felony murder cases took place in the Chicago region this past August. An elderly homeowner who lives in a remote area about 30 miles outside Chicago shot and killed one of six teenagers who police say were trying to break into the man's car.

Police say the teens — a group of siblings, cousins and a friend — were intent on burglary and had driven to the area near the Illinois-Wisconsin border in a stolen car. The homeowner noticed lights coming up his long driveway. What followed was a shooting, a high-speed police chase and the death of 14-year-old Jaquan Swopes, the youngest teenager in the group.

The Lake County, Illinois, state's attorney initially charged the five surviving teens with felony murder. Cloe Pollion, the mother of one of them, is also Jaquan's aunt. She was at the hospital with a daughter undergoing surgery when the incident occurred.

Pollion says she was shocked when she got the news about the shooting and was dismayed when she learned that the other teenagers, charged as adults, could face 20 years to life in prison.

"I don't disagree with them being charged with something, because they did do illegal things, but felony murder, no," she says. "That's too extensive."

Pollion's son, Kendrix Cooper, was 16 at the time. The teenagers fled in the stolen vehicle. When they saw a police officer, they stopped and dropped off Jaquan — who had been shot in the head — and Cooper, who stayed with his cousin.

Running Away Or Skipping School Could Get A Kid Locked Up. Now That's Changing

"I wasn't expecting none of that. It happened so fast," Cooper says. He says that he has been depressed and can't talk about his cousin's death and that when he learned he was charged with his cousin's murder, he felt lost.

Church leaders and community groups organized rallies and held meetings to discuss the law after the charges were announced. Jobi Cates is the executive director of Restore Justice Illinois, a nonprofit that has been at the forefront of the push to amend the Illinois felony murder law. She says the community uproar was understandable, since the young people didn't kill anyone.

"It became an opportunity to educate people about how broad and vague this statute is and how easy it is for a prosecutor to use it and how a person can become a murderer just by being part of a property crime," says Cates.

The Lake County prosecutor dropped the murder charges and filed lesser charges against the group. The oldest teenager, 18-year-old Diamond Davis, pleaded guilty to conspiracy to commit burglary and criminal trespass to a motor vehicle. She was sentenced to a year in prison. The cases of the younger teenagers, 16 and 17 years old, were transferred to juvenile court. Cooper remains on home confinement until his case is resolved.

It was an entirely different scenario for 43-year-old Marshan Allen. When he was 15 and living in Chicago, his brother told him to steal a vehicle so his friends could try to get back some drugs and money from a drug deal gone bad.

"I stole the vehicle," Allen says. "Unfortunately, during the course of them committing a home invasion to get the drugs and money, they killed two people in the process."

Allen says that when he heard the shooting, he was terrified. He ran and sat in the back of the car. He was arrested later and charged with felony murder.

"My initial thoughts were that I could possibly beat the charges," Allen says. "That they had made some horrible mistake by charging me with murder, 'cause none of my charges — they had nothing to do with stealing a vehicle."

Allen was convicted and sentenced to life without parole. He spent nearly 25 years in prison until a U.S. Supreme Court ruling gave him a chance to be resentenced and he won his release.

Juvenile justice advocates such as Marsha Levick say young people should rarely, if ever, face a felony murder charge. Levick, the co-founder of the Philadelphia-based Juvenile Law Center, says even though some states are reluctant to charge individuals with felony murder, it still can trap lots of people. She says it is an especially unfair charge for young people, since research shows how developmentally different youth are from adults.

"One of those differences is this sort of appreciation of consequences," Levick says. "The ability to think long term, the ability to sort of do a cost-benefit analysis, and kids simply do that more poorly."

Levick points to the case of the Elkhart 4 as an example. In 2012, Indiana prosecutors charged a group of friends who had broken into a home in Elkhart, Ind., with felony murder. They thought the home was empty. It was not.

The homeowner, who had been napping, shot and killed a 21-year-old in the group. The Indiana Supreme Court threw out the convictions of the young men, saying the state's felony murder law has limits.

"The death has to be foreseeable," says Jim Oliver with the Indiana Prosecuting Attorneys Council. He says that because this ruling was for a specific case, prosecutors can still use the felony murder charge to hold people accountable.

"If you are going to be involved in a serious violent crime, you have to accept that there are consequences for things that will happen," Oliver says. "Even if you didn't actually pull the trigger."

Still, there are some efforts to change the felony murder laws currently in use. California revised its felony murder law last year, but it is being challenged by district attorneys across the state. Illinois state Rep. Justin Slaughter, a Democrat, introduced a proposal that's up for discussion now.

"What it does is it makes the felony murder rule more narrow, where the system is looking at holding accountable the individual or group that actually commits the murder," says Slaughter.