Accessibility links
Reese Witherspoon On 'The Morning Show' And #MeToo Frustrated by the lack of leading roles for female actors, Witherspoon decided to start her own production company. Her new project, The Morning Show, takes on sexual harassment in the news industry. 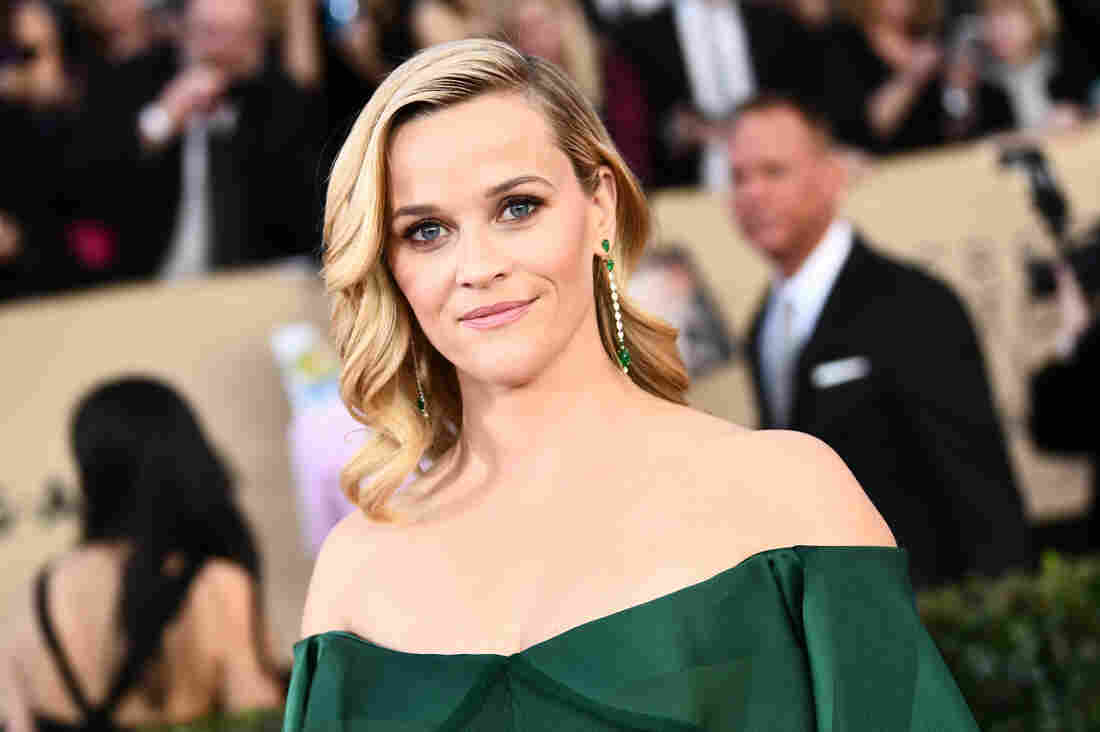 "I will be a storyteller 'till the day I die," Reese Witherspoon says. "It's really what I was born to do." Emma McIntyre/Getty Images for Turner Image hide caption 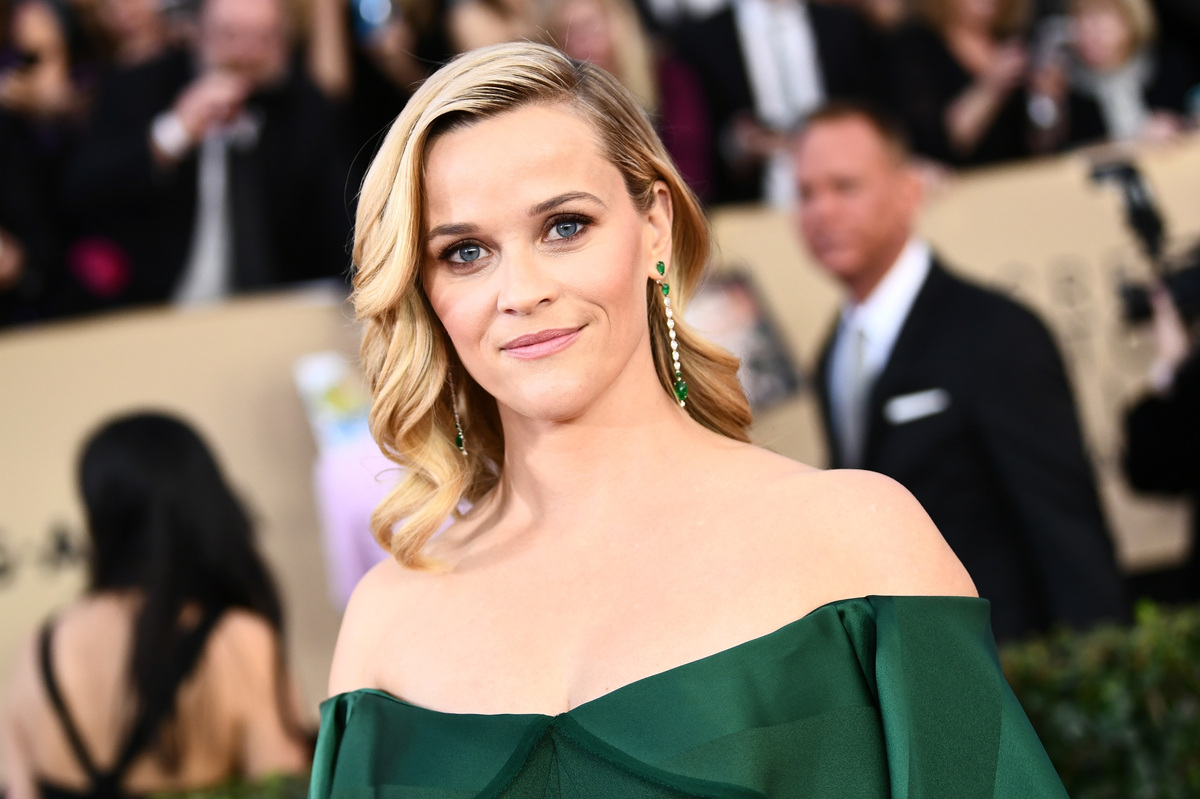 "I will be a storyteller 'till the day I die," Reese Witherspoon says. "It's really what I was born to do."

Actor Reese Witherspoon became famous in her 20s after starring in films like Election and Legally Blonde, but by the time she entered her 30s, the film landscape had shifted. DVD sales had shrunk and smaller, female-centered movies were in short supply. It was nearly impossible to find good leading roles for women.

Witherspoon began asking different movie studios what projects they were developing for women. "With the exclusion of one studio, everybody said 'Nothing. Nothing with a female lead,' " she says.

So Witherspoon decided to start a production company and began adapting books with complex female characters into films and TV shows. The idea was to create better parts for women — and to help female authors get their stories sold.

Witherspoon's company spearheaded the adaptation of Gone Girl, Wild and Big Little Lies, among other titles. Looking back, Witherspoon describes her shift into producing as "betting on myself."

"I know what to do," she says. "I know every producer in Hollywood. I know how to get a movie from book to script to screen, and I know how to market it."

Now Witherspoon's current company, Hello Sunshine, is bringing a new project to screen. She's an executive producer and co-star of the Apple TV+ series, The Morning Show, which centers on a morning news show that's shaken up when its male anchor is fired after being accused of sexual misconduct. 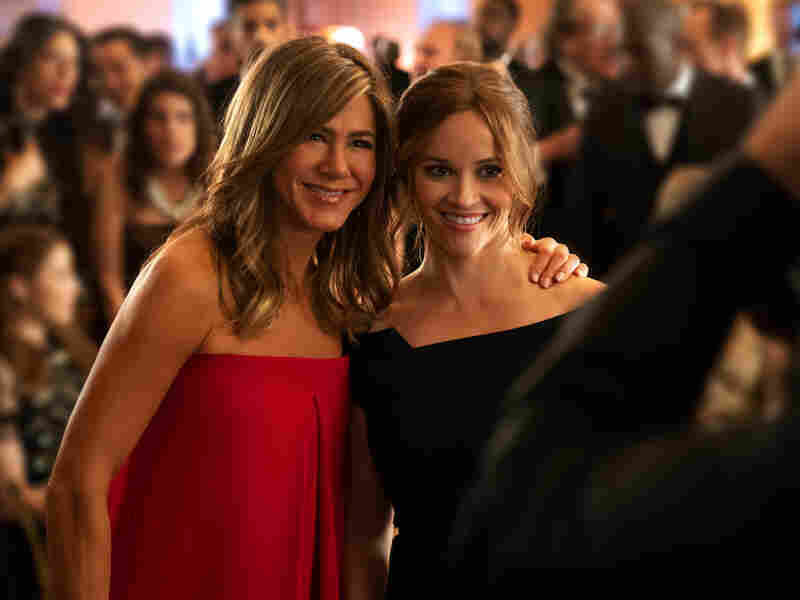 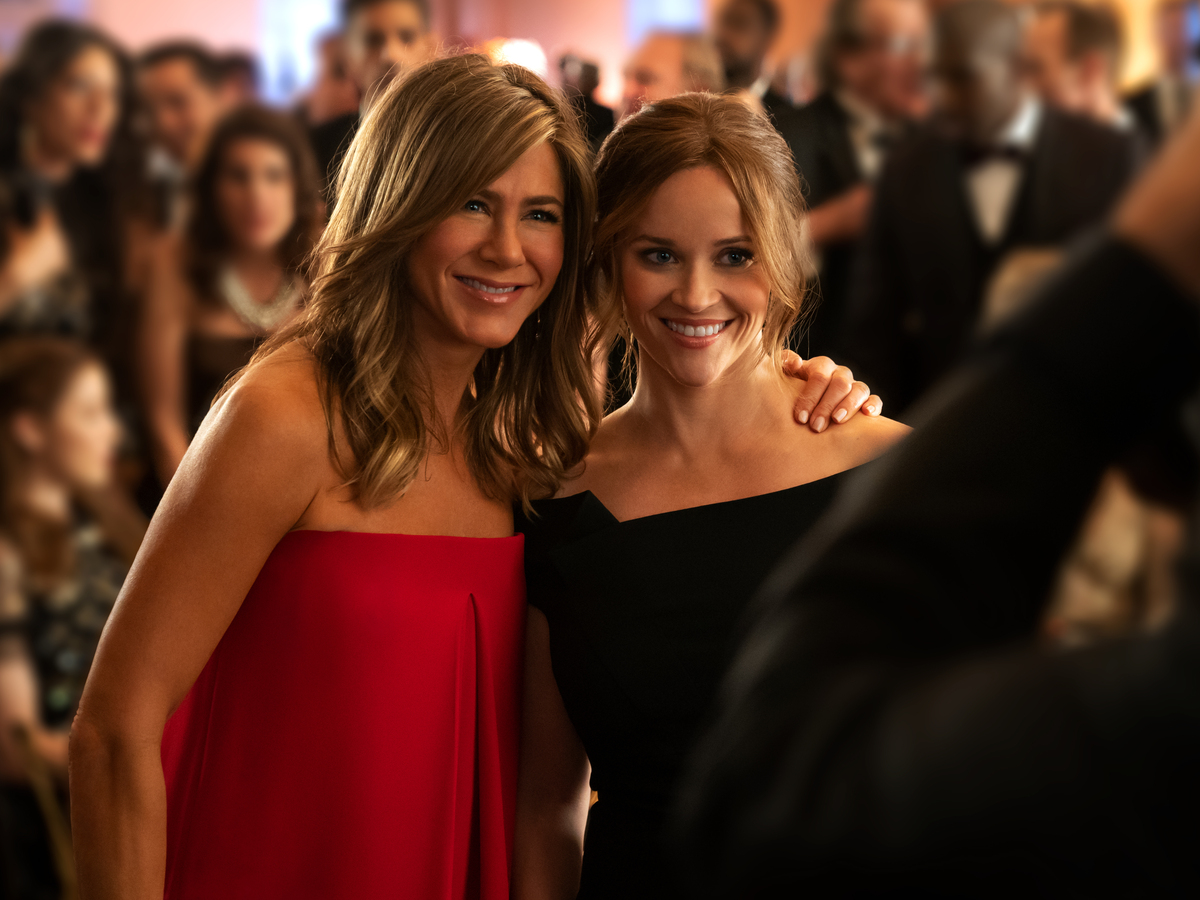 Witherspoon and Jennifer Aniston play network newscasters in The Morning Show, which they also worked to executive produce.

Witherspoon acknowledges certain parallels between the misconduct portrayed in the series and the allegations against real-life TV hosts Matt Lauer, Bill O'Reilly and Charlie Rose.

"We thought it would have been remiss if we didn't address [those issues] in our show," she says. "Sometimes the world is so crazy, TV shows and movies are a great way to try and understand where we're at."

On the #MeToo movement, and being shocked to learn of the extent of sexual misconduct in Hollywood

I didn't have any idea what other people's experiences were. I'd only had my own experiences, and I definitely dealt with harassment. And I had dealt with that privately and in my own way with my family when I was young, when I was really young and starting in the business. I didn't have any understanding of the widespread abuse that women were experiencing — and not just women, many, many people were experiencing.

It really took that moment in time for all of us to start talking. Because you have to remember, as an actress for hire, usually I was the only woman on a set for, I would say, the majority of my 30-year career. I've been the only woman in a cast or one of a handful of women in a crew or a cast. So when all of that started happening, women started to gather and really start talking to each other and sharing stories. And I have to say, I was blown away. I did not know the kind of experiences that people were having. And I was I was in shock. I think a lot of us were in shock. ...

I'm enormously grateful to the women who spoke up about their experiences and really opened our hearts and our minds and our eyes to what was happening with such regularity, and the journalists who worked so hard to break these stories, despite whatever corporate interference they were having. I'm just enormously grateful to Ronan [Farrow] and Jodi [Kantor] and Megan [Twohey].

I had specific experiences and I dealt with them with a therapist. It's been ongoing, honestly. The whole thing brought up a lot of feelings for me, and it was a really emotional experience that I don't feel resolved about, and I think I will probably talk about it, but right now I don't have all the right words.

I haven't ever really spoken about it. I've been asked about it a lot, which really brings up a lot of questions for me about how do you decide when you want to talk about it, how you want to talk about it? ... This is just me, my personal experience. How can I use that not to garner sympathy but to actually promote change and highlight industry standards that are not good enough?

It was very powerful to me to share my story with a like-minded group of women with the Time's Up movement. We talked about ways that we could really encourage change. How could we raise money for women in other industries so that they would have legal help?

I had specific experiences and I dealt with them with a therapist. It's been ongoing, honestly. The whole thing brought up a lot of feelings for me, and it was a really emotional experience that I don't feel resolved about, and I think I will probably talk about it, but right now I don't have all the right words.

People always say, "After you won the Oscar, did your whole career change?" There wasn't suddenly this huge influx of scripts. ... There's not a secret safe they're keeping the great scripts and they unlock you when you win awards! I was lucky to do a couple of great movies in my 30s, but not a lot. ...

Wild was a big deal for me, because first of all, I love Cheryl Strayed's writing, her memoirs, beautiful, but it's also a woman vs. nature, which I had never really seen on film. And so many women are so deeply connected to nature, yet it's not something we've explored. We've seen every iteration of a man vs. a bear, vs. the Wild West, on hiking adventures, but I haven't seen a lot of a woman alone on film as well, and what is that singular journey for a woman to find herself alone in the wilderness?

When I was about 13, I went and I started studying Broadway at camps in upstate New York and they would have all these experts come in. ... They had an acting expert, a dance expert and a singing expert, and the singing coach said, "You really should not put a lot of energy into your singing career." So I got intimidated and they said, "But your acting is great and you should really pursue that." So that's when I kind of tacked left, when I was 13, and started working on acting and concentrating.

So when this opportunity came up to play June Carter, I was terrified and I'd been told I wasn't any good. So I worked for five months with coach Roger Love and with the producer T-Bone Burnett to cut the tracks before we ever walked on set. We recorded all the music so that we could blend live tracks and recorded tracks together. But then we had to actually go and shoot the movie and I had to sing in front of audiences of hundreds of people with Joaquin Phoenix onstage with a band, and it was terrifying — terrifying, but thrilling.

It's my number one passion. ... I talk a lot about producing ... but every day I'm on set feels like such an enormous privilege to be a storyteller in this world. And I started as a little girl, as a storyteller, and I will be a storyteller 'till the day I die. I just love it. It's my favorite thing to do at dinner parties, too, so invite me over, Terry ... I just love spinning a story. It's really what I was born to do.

Ann Marie Baldonado and Seth Kelley produced and edited the audio of this interview. Bridget Bentz, Molly Seavy-Nesper and Beth Novey adapted it for the Web.