Accessibility links
Civil Servants Increasingly Targeted By Alt-Right Trolls In Trump Era Some pro-Trump news outlets are singling out federal employees and accusing them of trying to sabotage the president. The targets have often worked for decades in government outside of the spotlight. 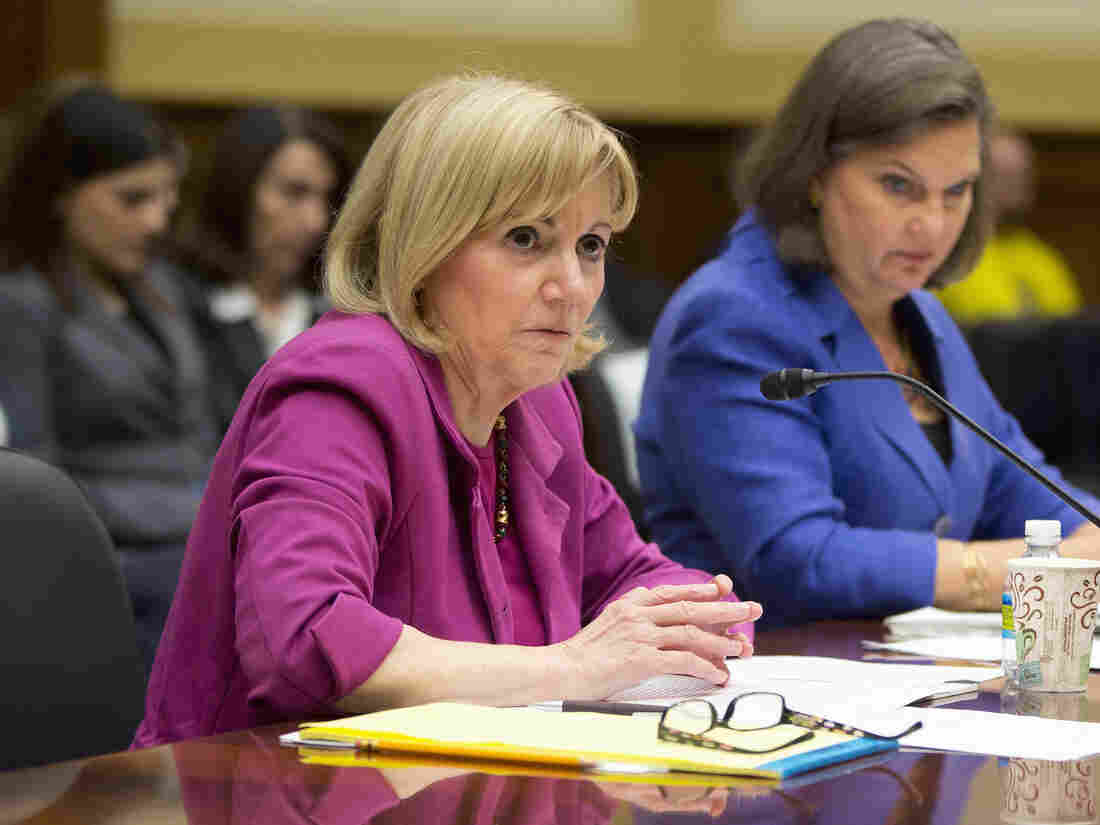 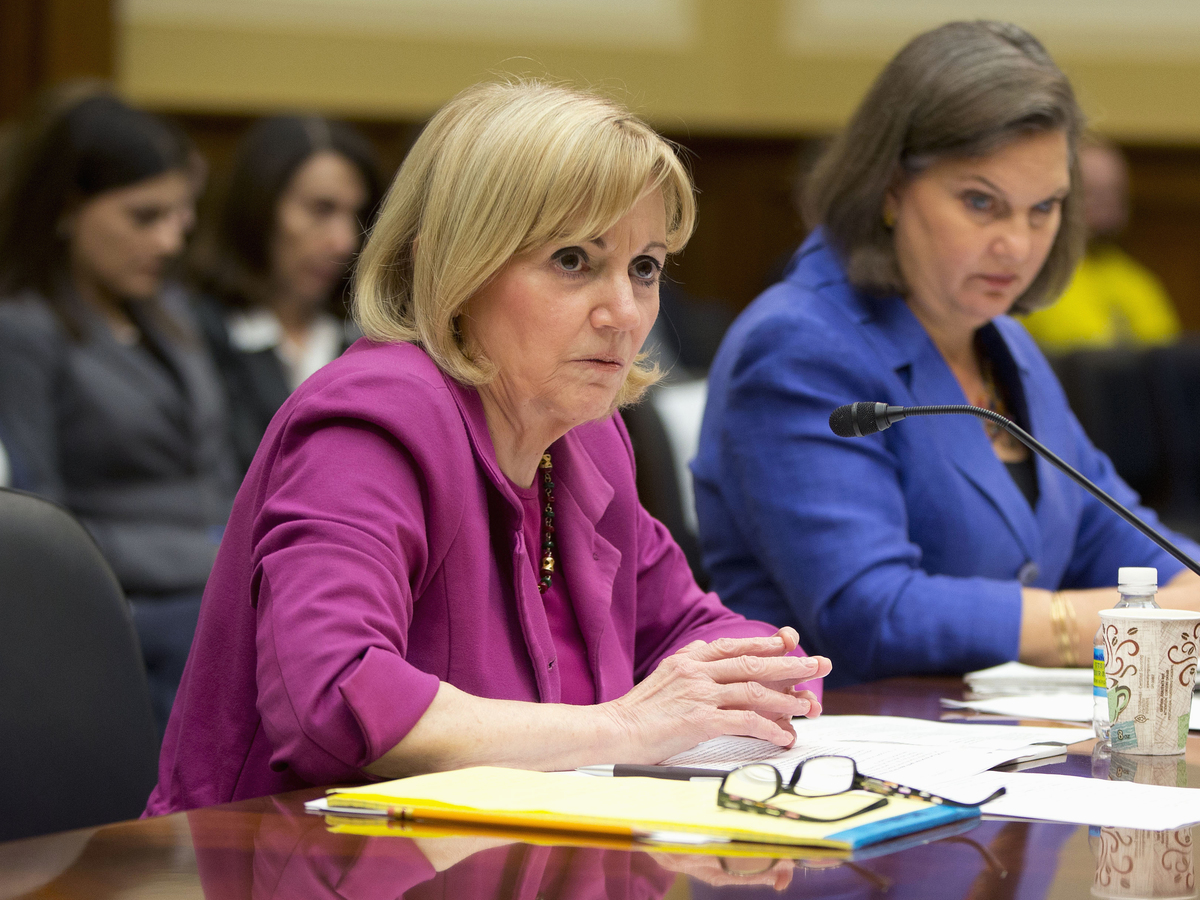 After 43 years in the State Department, Anne Patterson got a plum job offer from the Pentagon and thought the opportunity would be an honorable way to cap her long career as a foreign service officer.

But then Patterson's nomination unleashed a torrent of articles in conservative media that painted her as a clandestine partisan or worse. And shortly after the headlines rocketed around the Internet, then-Defense Secretary Jim Mattis withdrew Patterson's nomination, and she eventually left government.

She was "trying to do her best to do her duty as she saw it, and in return just got these kind of nasty, baseless attacks," said Jerry Feierstein, who worked with Patterson for decades at the State Department.

Patterson's story showcases a growing trend in the Trump era: career civil servants enduring attacks on their credibility in conservative media. And it is more than just unflattering coverage. The campaigns against government workers have resulted in harassment, or in the case of the whistleblower at the heart of impeachment inquiry, death threats.

They're often accused of being part of a so-called "deep state" that is trying to sabotage the Trump administration. And some are getting fired. In a report released today, the State Department's Inspector General finds that one career employee was fired for perceived political views.

The pattern has unnerved longtime Washington observers, who say the campaigns against government professionals are different than in past administrations that have gone after perceived political enemies, or tried to shrink the size of the bureaucracy.

"What we've seen is a concerted effort to blow up government as we know it," said Norm Ornstein with the conservative-leaning, Washington-based think tank American Enterprise Institute.

"It goes way beyond what we've seen in previous administrations, whether it was Nixon, or Reagan, or either Bush, or any Democrat," Ornstein said.

Patterson had kept a low profile for years, working under both Democrats and Republicans, and she was ready to serve under Trump. Mattis tapped her to be his top policy person.

"She was never a 'Never Trumper.' She never spoke out. She always kept her views to herself," Feierstein said.

The campaign against Patterson traced back to her time as ambassador to Egypt.

In keeping with U.S. policy, she publicly supported the country's first free elections. At the time, she called the election process "transparent, critically important," saying it was "a very well-run election."

That democratic process led to the election of President Mohamed Morsi of the Muslim Brotherhood. It was a controversial pick at the time, and his victory came up again when Patterson was nominated.

That is because the Brotherhood is an Islamist group that Trump wants to designate a terrorist organization, even though there is no evidence linking the group to violence against Americans, which is a requirement of the designation.

As ambassador, Patterson didn't weigh in on who should win the Egyptian election. But her support and that of the Obama administration, for an open and free election, was seen by some critics as the equivalent of supporting Morsi.

In the summer of 2013, Morsi was forced out by a military coup and replaced by then-Gen. Abdul-Fattah el-Sisi, who is still in power. 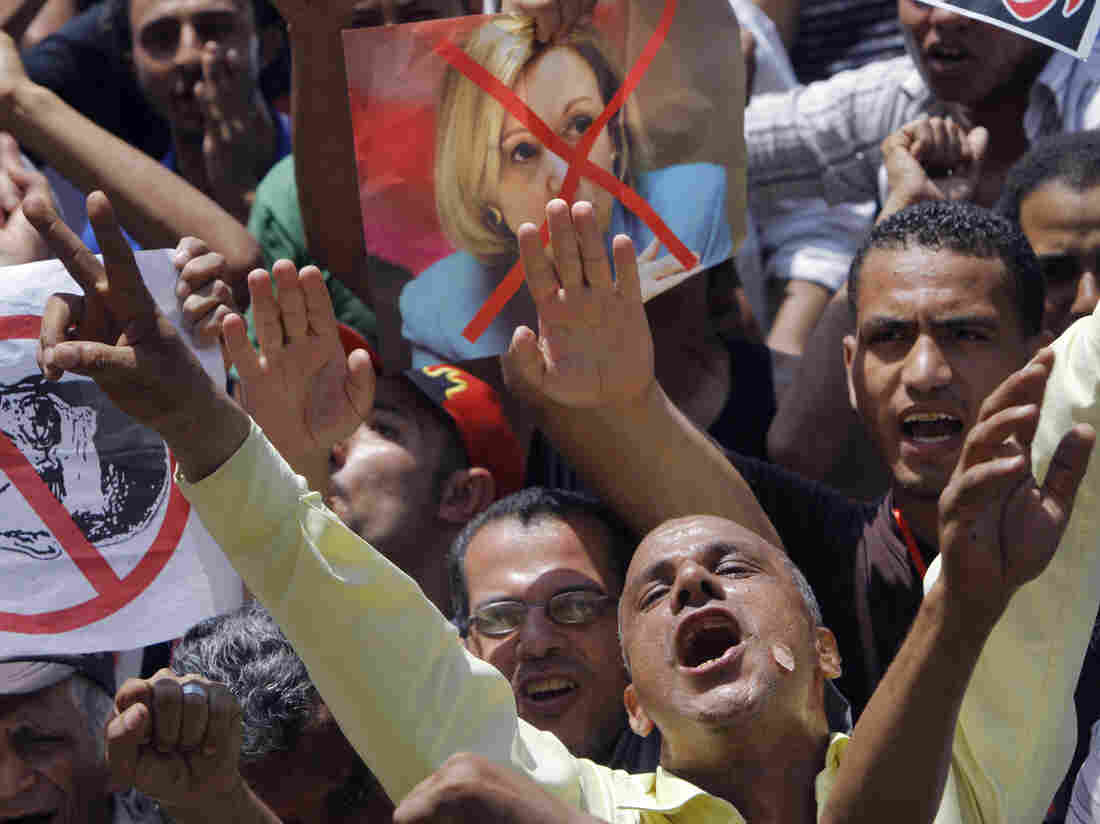 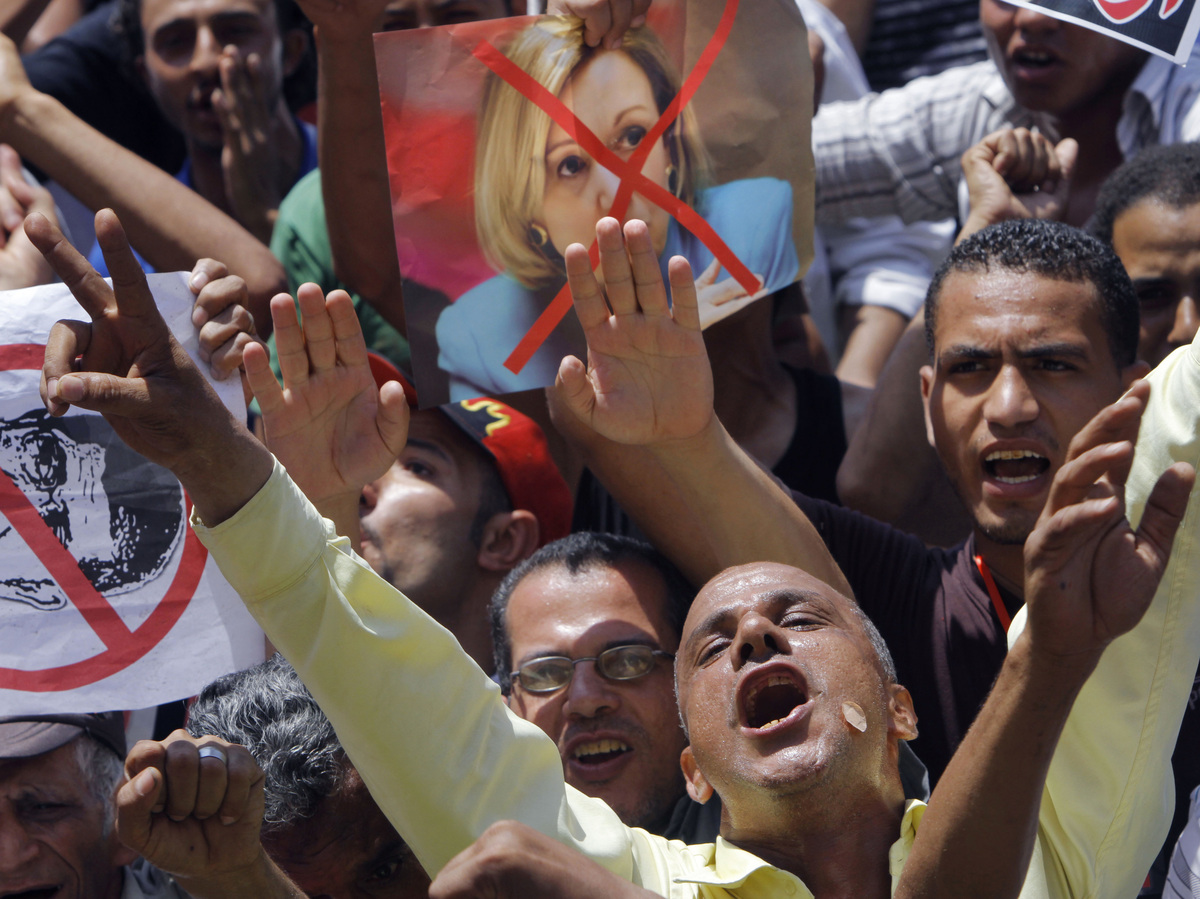 Another right-wing website went another direction with its attack, branding Patterson a Democratic partisan, or as the site put it, "the female John Kerry."

Feierstein said he and others at the State Department were appalled by the stories and how much traction they seemed to have gained among Republican lawmakers.

"The allegations that she was somehow pro-Muslim Brotherhood, of course those were just ridiculous," he said. "I think we all regretted that she had to go through that."

Feierstein worries that the current state of affairs for career civil servants is the new normal.

"It's hard to believe that it's simply going to be everyone waking up from a bad dream and saying, 'Nevermind, everything is OK,'" said Feierstein, who is now at the Washington-based Middle East Institute.

As for Patterson, she is now a senior fellow at Yale University. She turned down an offer to be interviewed by NPR, afraid her comments might whip up her online critics.

"Concerted effort to blow up government"

Sahar Nowrouzzadeh, a foreign service officer who spent 15 years in government, says she was falsely portrayed in conservative media as a "Muslim spy," a member of the "deep state," and someone who was disloyal to Trump.

She complained to her boss about the articles, but the Trump administration did nothing to correct the stories. Instead, Nowrouzzadeh was re-assigned from her top foreign policy post.

The State Department's inspector general on Thursday concluded that her treatment violated government policy, saying that "perceived political opinions, perceived association with former administrations and her perceived national origin" led to her demotion.

The IG examined four other cases of foreign service workers being pushed out of their government roles under Trump, but could not find enough evidence to support the worker complaints.

"It is my hope that the Inspector General's findings pertaining to my case help prompt action that will guard against any further such misconduct by members of this or any future administration," Sahar Nowrouzzadeh, the State Department employee who filed the complaint, said in a statement.

Ornstein says the strain of attacks leveled at Nowrouzzadeh can quickly move from fringe websites into the Oval Office. Trump sometimes blames a "deep state" for his political troubles.

The "deep state," Ornstein says, has "become a vehicle for deep, dark conspiracy theories of people inside government who are actively conspiring to try to do a coup, in effect, against the duly elected president of the United States."

"They don't have bodyguards," said Harold Koh, who was the State Department's legal adviser under President Obama.

"They don't have security details. They live in places where the addresses can be found," Koh said. "And people can recognize them on the streets and scream at them and hassle them."