Accessibility links
NTSB Says Coast Guard Ignored Duck Boat Safety Recommendations The National Transportation Safety Board says it has issued almost two dozen safety recommendations in the past 20 years and not all have been implemented. 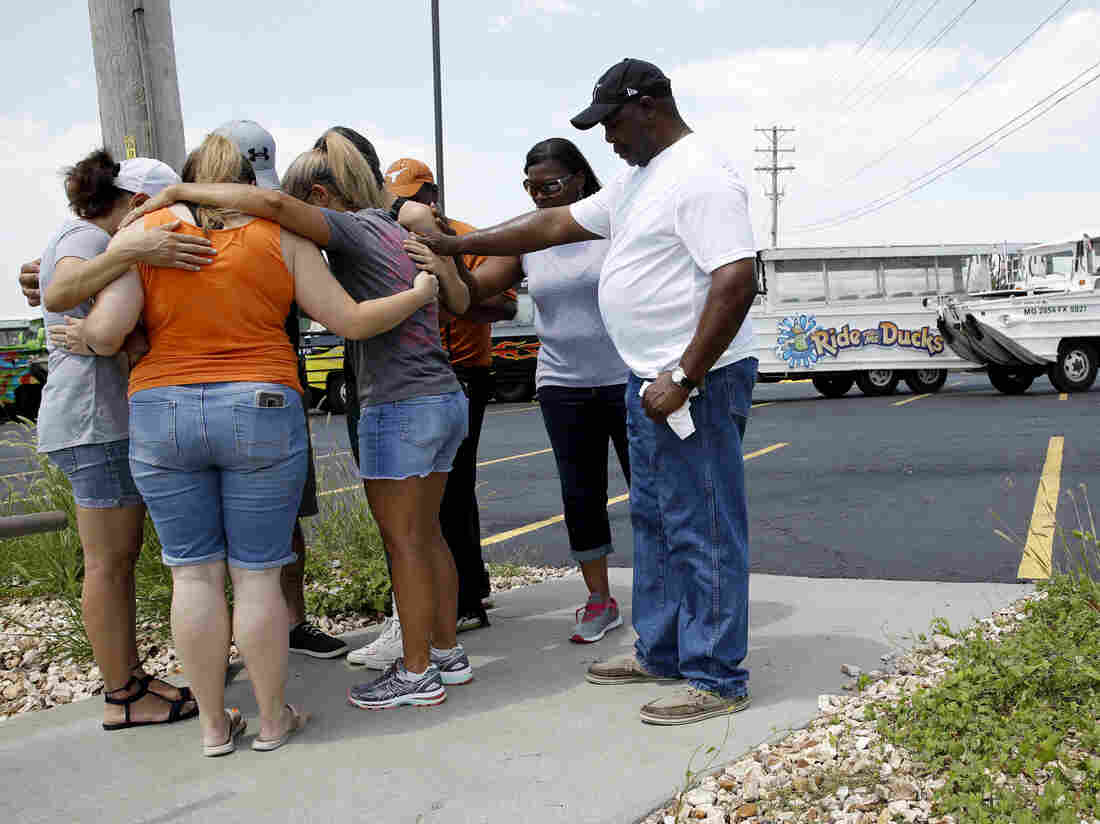 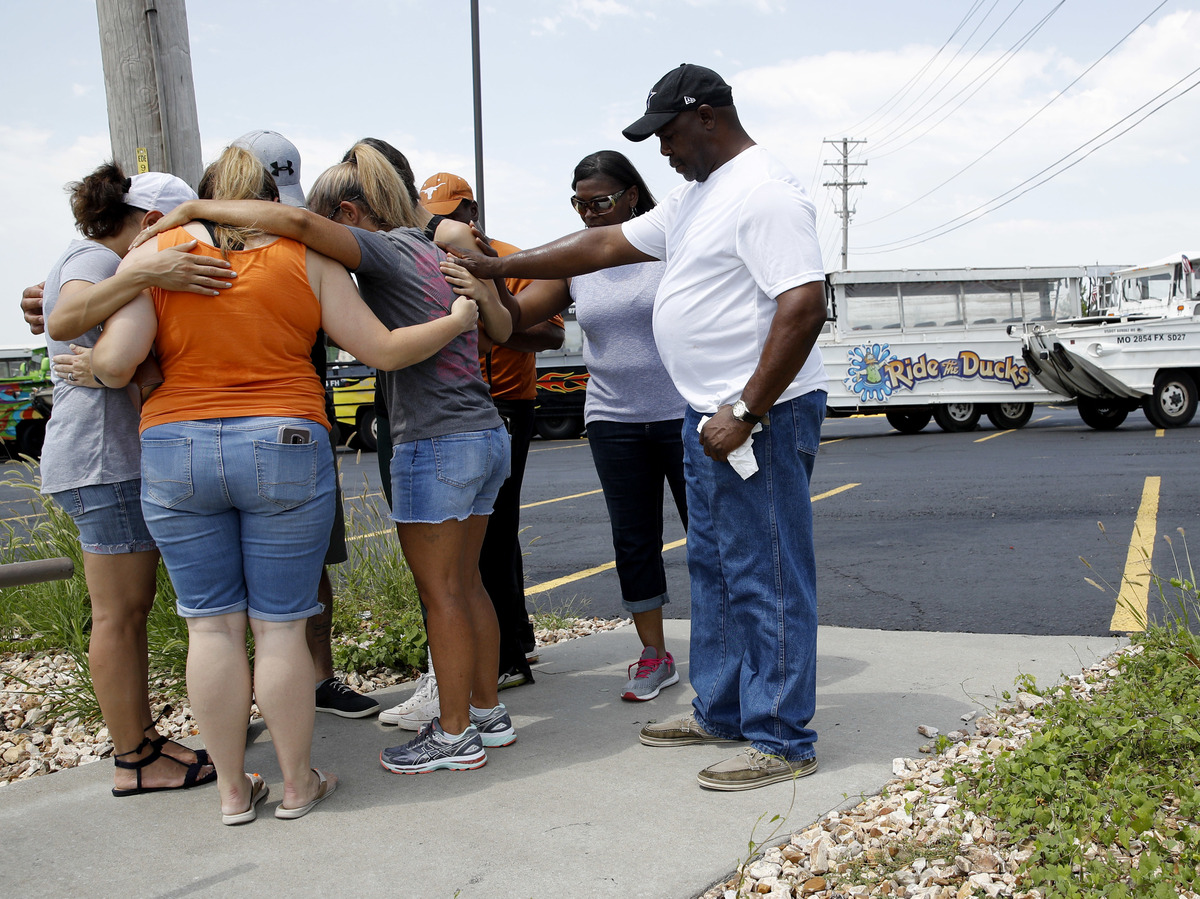 People pray outside Ride the Ducks, an amphibious tour operator involved in a 2018 boating accident on Table Rock Lake near Branson, Mo.

The National Transportation Safety Board, in a blistering report, says the U.S. Coast Guard's failure to adopt its safety recommendations, dating back 20 years, likely led to a Missouri boating accident that killed 17 people in July 2018.

The fatalities were among 31 passengers aboard an amphibious passenger vehicle called the Stretch Duck 7, which sank in a rapidly developing high-wind storm on Table Rock Lake near Branson, Mo.

The Stretch Duck 7 was a modified World War II amphibious vehicle known as a "DUKW" or "duck boat." The vehicle was originally designed as a military landing craft and then modified for civilian excursion tours.

The NTSB says that since 1999, when an Arkansas duck boat accident killed 19 people, the agency has issued 22 safety recommendations related to the boats. Only nine have been implemented.

Some of the NTSB's recommendations center on "the lack of reserve buoyancy" to keep the duck boats afloat even when they flood and the dangers of overhead fixed canopies that can impede passengers' escape.

"The NTSB believes the failure to implement previous safety recommendations related to reserve buoyancy for DUKWs contributed to the sinking of the Stretch Duck 7," the agency said in a statement.

"Lives could have been saved, and the Stretch Duck 7 accident could have been prevented had previously issued safety recommendations been implemented," added NTSB Chairman Robert L. Sumwalt.

A spokeswoman for the Coast Guard told The Associated Press that it has issued safety guidelines to duck boat operators in the past and is launching a new review of the NTSB's recommendations.

The NTSB says that because some key witnesses of the July 2018 incident have declined to be interviewed, its investigation is not yet complete.