Accessibility links
Deval Patrick Announces He Is Running For President In 2020 The former Massachusetts governor is joining the race after briefing elected officials and supporters. Patrick had earlier decided against a run out of concern about how it might affect his family.

Deval Patrick Makes A Late Entry Into The 2020 Presidential Race

Deval Patrick Makes A Late Entry Into The 2020 Presidential Race 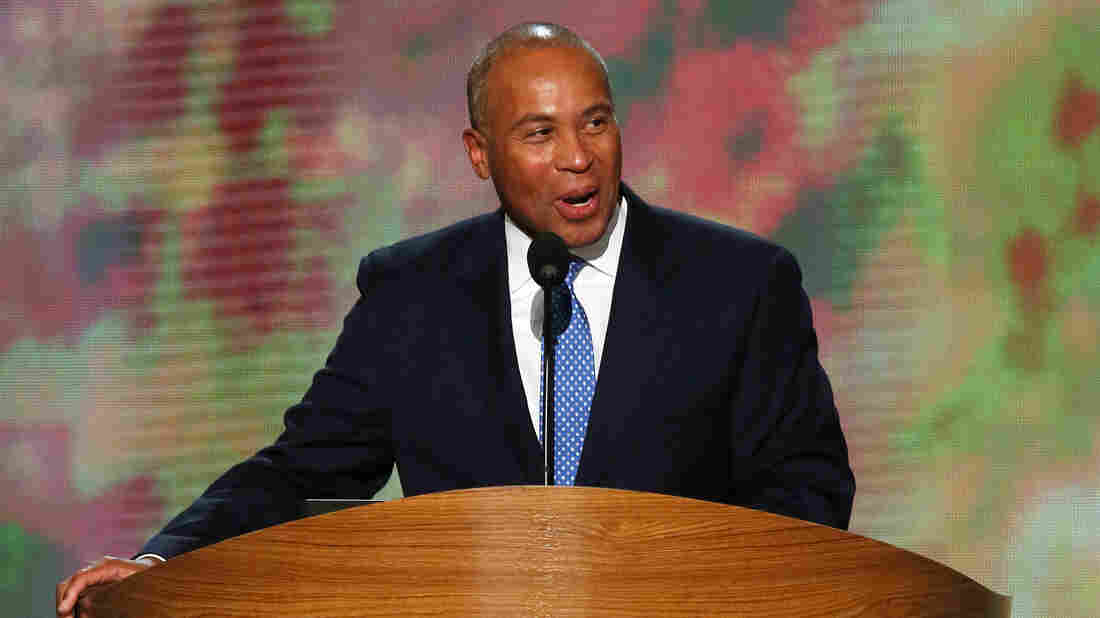 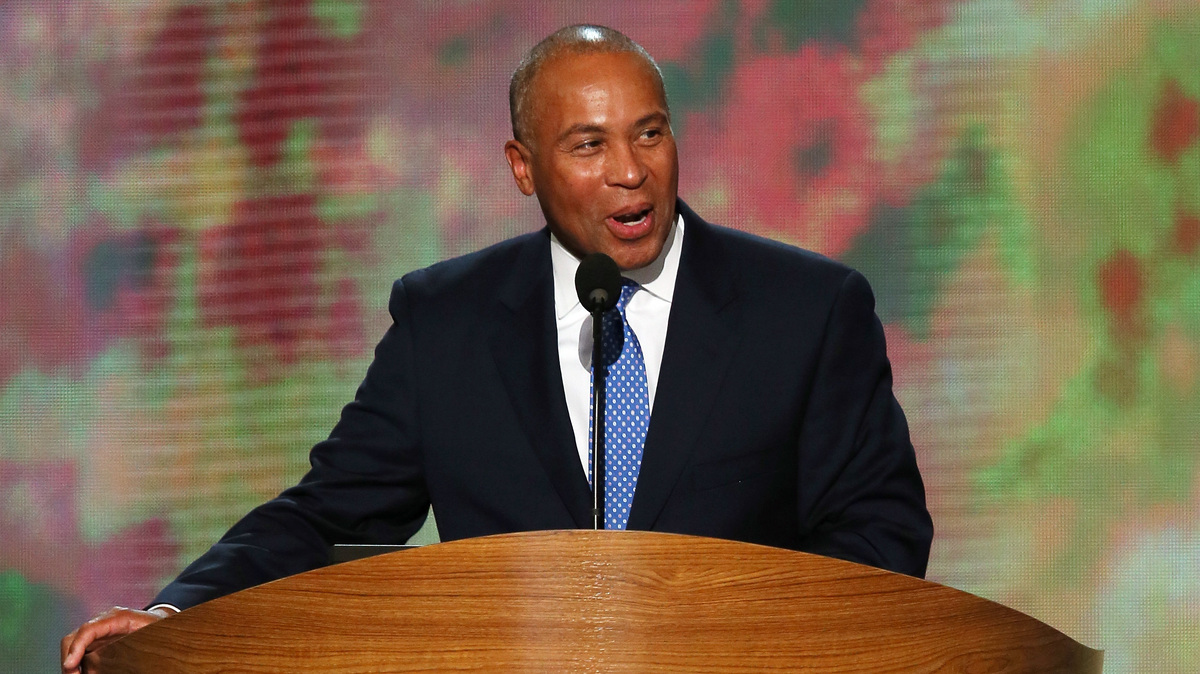 Then-Massachusetts Gov. Deval Patrick speaks at the 2012 Democratic National Convention in Charlotte, N.C. Deval has announced he will enter the 2020 presidential race.

His message was largely about unity and the need to build a "better, more sustainable, more inclusive American dream for the next generation," which in this crowded field is not unique. It sounds remarkably akin to themes New Jersey Sen. Cory Booker and South Bend, Ind., Mayor Pete Buttigieg have highlighted throughout their campaigns.

But there is a theory that Patrick could string together a path to the nomination through his neighboring state New Hampshire and then South Carolina, the first Southern state to vote with a sizable African American electorate.

Patrick's late entry comes after he announced almost a year ago that he wouldn't run for the White House, writing in a Facebook post that he worried "the cruelty of our elections process" could harm his family and friends.

Ahead of his announcement, Patrick had been making calls to Massachusetts and national elected officials and supporters to brief them on his plan, a source with direct knowledge told NPR on Wednesday. Massachusetts Sen. Elizabeth Warren's presidential campaign would not comment on whether she had been in touch with her fellow Bay Stater.

Patrick isn't the only Democrat who once ruled out a bid but is now possibly ruling it back in. Former New York City Mayor Michael Bloomberg is also considering jumping into the contest.

Both Patrick and Bloomberg would likely appeal to the same centrist voters. Their reconsiderations come at a time when the early front-runner, former Vice President Joe Biden, has been falling in the polls and struggling to raise money. Others in the party's moderate wing worry about the ascendance of progressive candidates such as Warren and whether a more liberal nominee could beat President Trump.

Patrick's announcement comes just a day ahead of the filing deadline for the New Hampshire primary — the critical early state that also shares a media market with his home state of Massachusetts.

However, Patrick could face more challenges — especially financial ones — than Bloomberg. While the billionaire media mogul is expected to self-finance a bid, Patrick would have to prove his fundraising prowess very quickly.

Other moderate candidates in the race include South Bend, Ind., Mayor Pete Buttigieg, whose campaign has been on the rise, and Montana Gov. Steve Bullock, who has failed to qualify for the most recent debates.

Patrick also starts far back in name recognition, especially compared to other candidates who have been running for months and already participated in several debates.

Patrick was one of the only black governors elected in American history and was Massachusetts' first black governor when he won in 2006; he was reelected in 2010. Close to former President Barack Obama, he also served in the Clinton administration as the assistant attorney general for the civil rights division, and would later serve as chief counsel for Texaco and Coca-Cola before running for governor.

After leaving office, he joined Bain Capital — founded by his gubernatorial predecessor Mitt Romney, the 2012 GOP nominee for president who is now a U.S senator representing Utah. Patrick's work focused on social impact investing and his experience is vastly different than Romney's, but it might be a difficult distinction to make in a primary contest.