Accessibility links
Trump Loses Appeal On Tax Returns The full D.C. Circuit voted 8-3 not to reconsider an earlier decision by a three-judge panel that ruled against the president. Trump's lawyer says he will appeal to the Supreme Court. 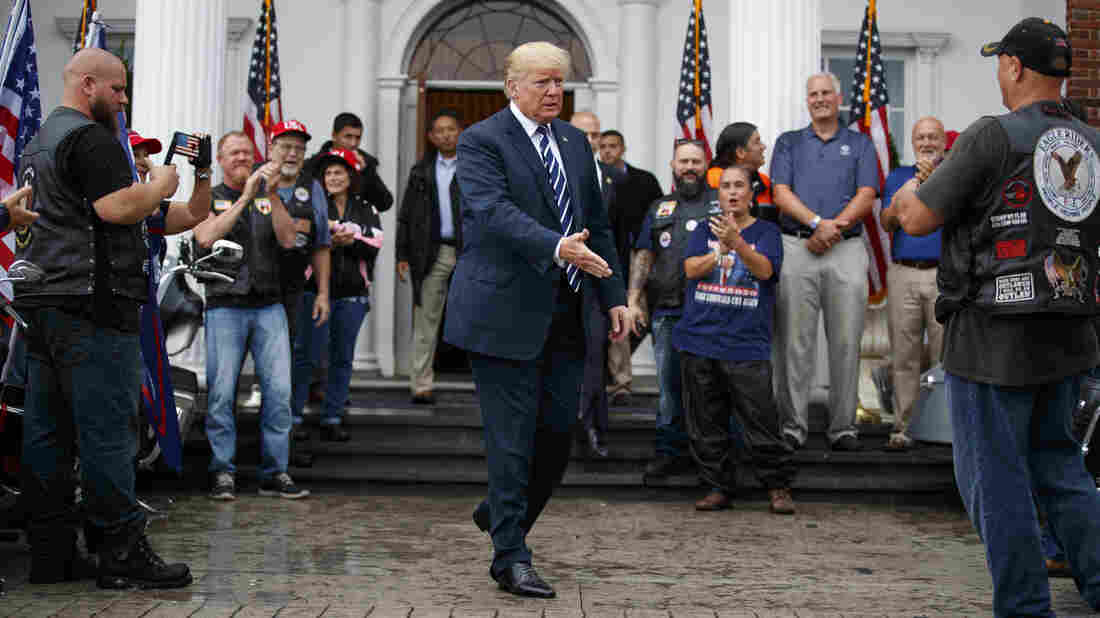 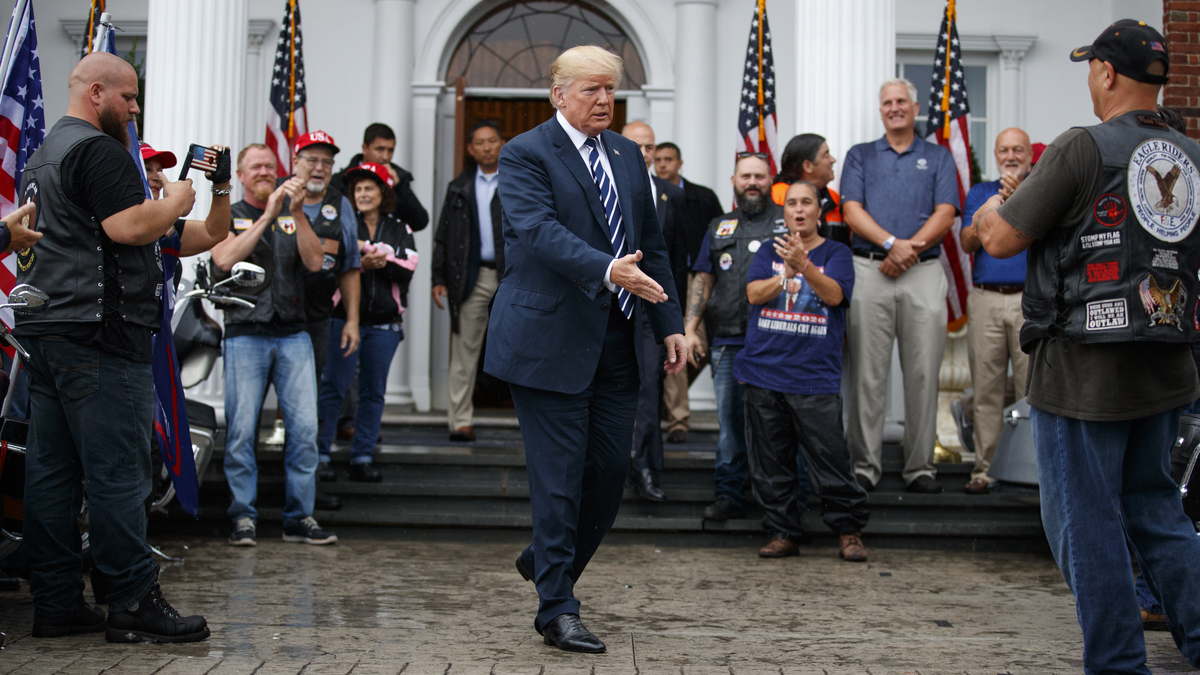 President Trump greets supporters in August 2018 at the Trump National Golf Club in Bedminster, N.J. He is fighting several state and congressional efforts to view his tax returns.

A U.S. appeals court opened the door for Congress to gain access to eight years of President Trump's tax records, setting the stage for a likely review by the U.S. Supreme Court.

The full U.S. Court of Appeals for the D.C. Circuit declined to revisit an earlier ruling by a three-judge panel that allowed Congress to subpoena the president's tax records. The House Oversight and Government Reform Committee subpoenaed those records in March.

The divided three-judge panel ruled in October that the House had a legitimate legislative pursuit in seeking Trump's personal tax returns. The president's lawyers had asked that the full D.C. Circuit reconsider the case.

But Congress likely will not see those documents soon. The D.C Circuit already had said it would give the president seven days to file an appeal. Trump's outside legal counsel Jay Sekulow told NPR that he and his client "will be seeking review at the Supreme Court."

The president and his lawyers are also hoping to get the Supreme Court to block another, separate bid to get his tax returns.

A grand jury in New York is seeking those documents as part of an investigation into allegations that the president paid hush money to two women through his former lawyer Michael D. Cohen, prior to the 2016 election.

The three dissenting judges — those who sided with the president — were all Republican appointees. Two were appointed by Trump and the third by President George H.W. Bush.