Accessibility links
Ken Cuccinelli, Immigration Hardliner, Named To No. 2 Post At Homeland Security Wolf had authored a memo calling for the separation of families at the border. Cuccinelli is an immigration hard-liner who was once seen as President Trump's pick for the top job. 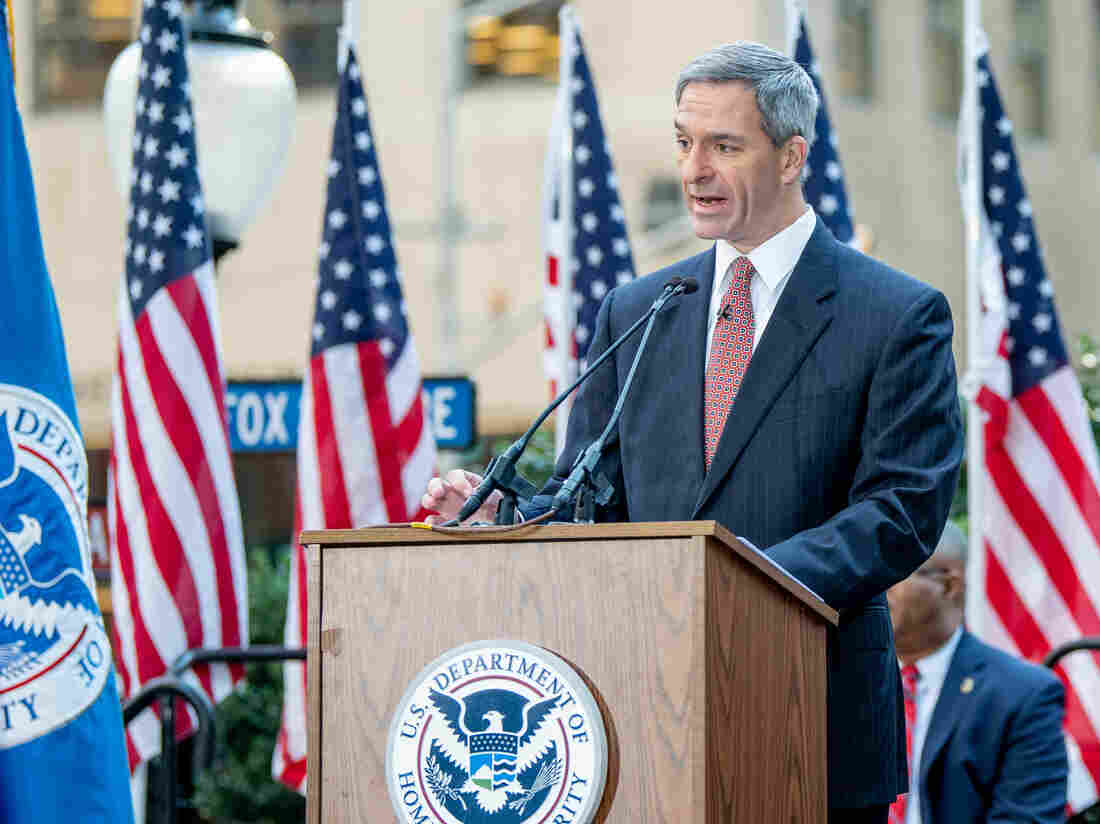 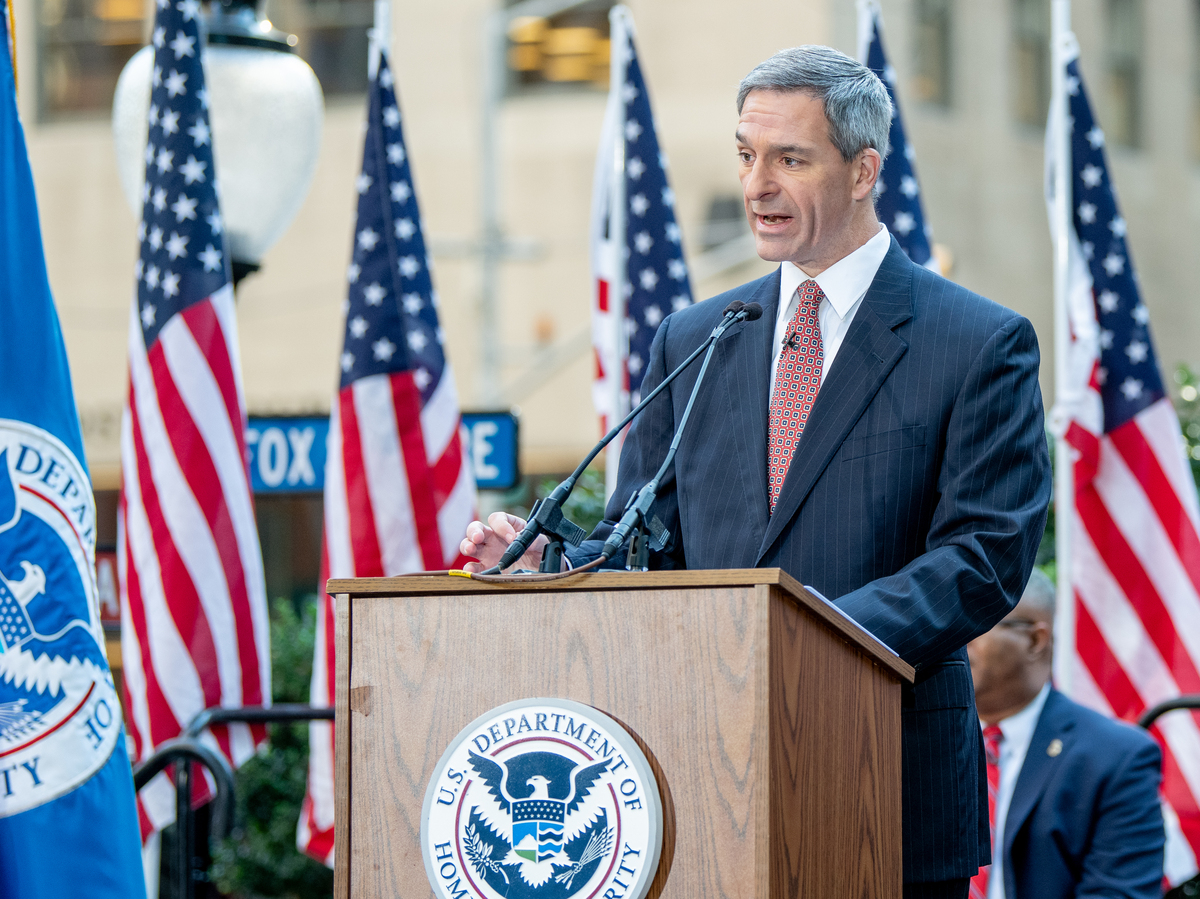 Ken Cuccinelli had been considered President Trump's top choice to lead Homeland Security. Instead, he'll be the deputy to the new acting secretary, Chad Wolf.

The Department of Homeland Security now has new leadership: Hours after acting Secretary Chad Wolf was sworn into that post, he named Ken Cuccinelli as his deputy. Cuccinelli is an immigration hard-liner who was once seen as President Trump's pick for the top job.

The Senate confirmed Wolf as the undersecretary of the Office of Strategy, Policy and Plans with a 54-41 vote on Wednesday. But because of Homeland Security's revolving door, Wolf then shifted into the leadership role on an acting basis. The previous acting secretary, Kevin McAleenan, resigned in October after just six months in the top job. McAleenan had been installed to replace Homeland Security Secretary Kirstjen Nielsen, who was ousted in April.

Wolf laid out his top priorities in a departmentwide email Wednesday, starting with "the historic crisis at the southwest border." He also announced his decision to elevate Cuccinelli from acting director of U.S. Citizenship and Immigration Services to "senior official performing the duties of the deputy secretary of Homeland Security."

Wolf has a long history with DHS, including helping to establish the Transportation Security Administration under President George W. Bush. He then left the government to work in lobbying.

As NPR's Joel Rose has reported, "Wolf worked as a lobbyist on behalf of companies that want to bring in more foreign guest workers instead of hiring Americans." And Rose notes that Wolf's status as an "acting" chief could limit his independence to push back on policies with which he doesn't agree.

For years, Wolf maintained a relatively low profile — but that changed in June, when it emerged that he was the author of a memo for Nielsen, in which he listed options to deter migrants from surging toward the U.S. border with Mexico.

Option No. 2 on that list: "separate family units" — the controversial policy that has been blamed for breaking up thousands of families and placing children into detention. The fallout from that practice ranges from childhood trauma to accusations of human rights abuses and confusion over how to reunite families.

"Chad Wolf has already carried out shameful acts to further Trump's cruel immigration agenda," Families Belong Together Chairwoman Jess Morales Rocketto said in a statement about Wolf's ascension as acting secretary. She added, "With him at the helm of D.H.S., the lives of children and families will continue to be at risk."

In selecting Cuccinelli as his second-in-command, Wolf installed Trump's top choice to lead Homeland Security. Cuccinelli, the former attorney general of Virginia, has embraced some of the president's most controversial positions on immigration. But he also used to lead a group that raised money to challenge Republican incumbents in the Senate — including Senate Majority Leader Mitch McConnell.

There were profound doubts over Cuccinelli's ability to win a confirmation vote in the Republican-led Senate. There also were concerns that he wouldn't be able to take the top spot on an acting basis because of the federal law that governs moving personnel into a vacant post.