Accessibility links
International Criminal Court OKs Investigation Into Crimes Against Rohingya It's a first step in what Rohingya victims see as their best — and perhaps only — opportunity to hold the perpetrators of these acts accountable. 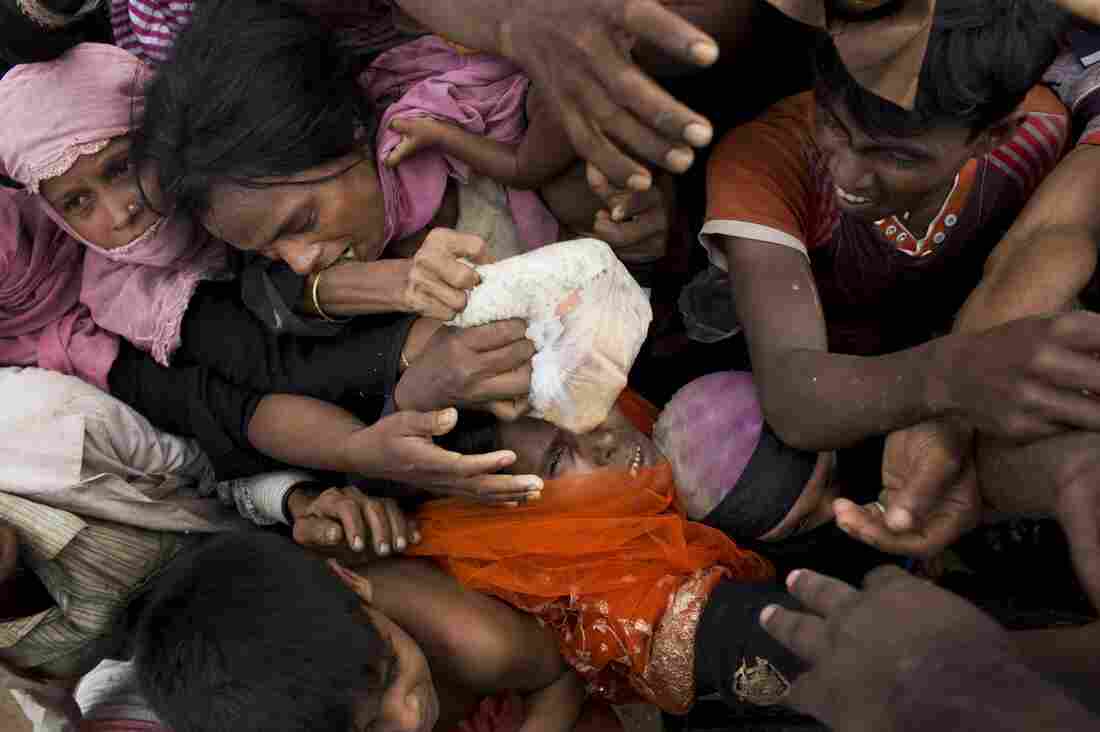 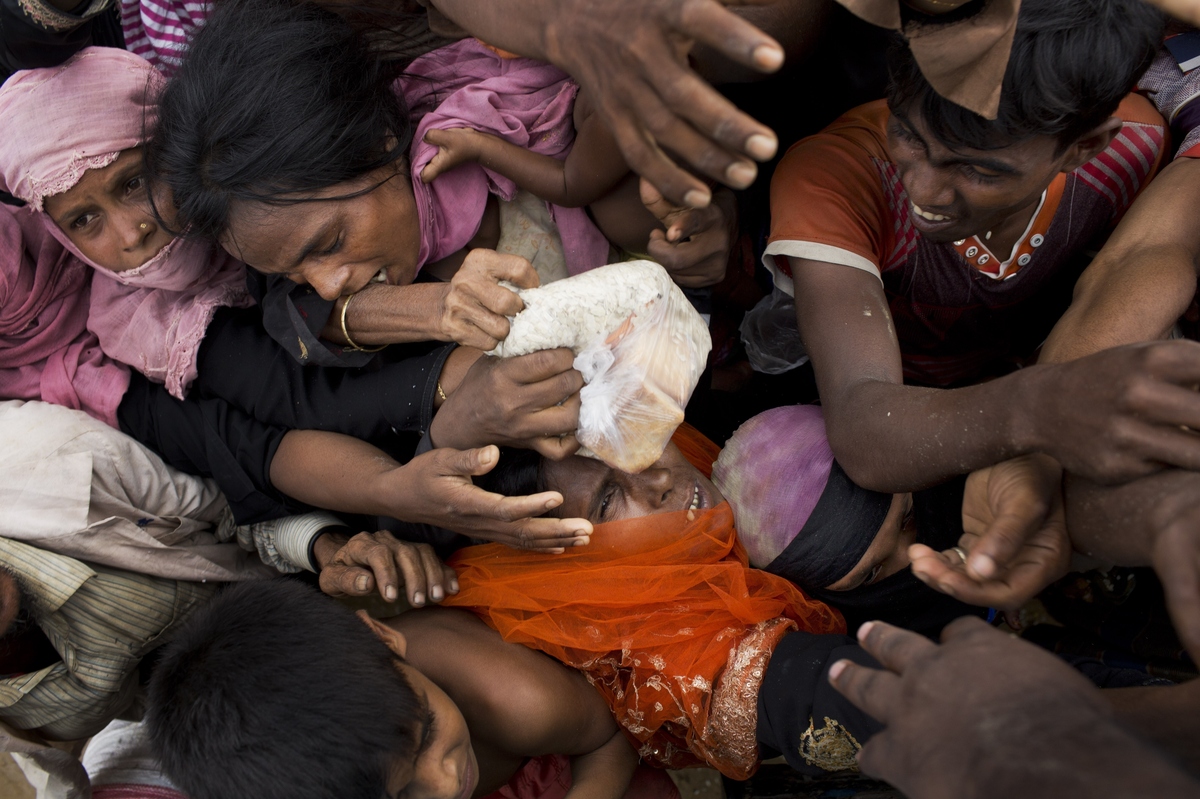 The International Criminal Court has greenlighted an investigation into possible crimes against humanity perpetrated against Myanmar's Rohingya Muslim minority. Since 2017, hundreds of thousands of them fleeing violence have arrived in neighboring Bangladesh.

It's a first step in what Rohingya victims see as their best — and perhaps only – opportunity to hold Myanmar authorities accountable for their alleged atrocities. Authorities from Buddhist-majority Myanmar have denied accusations of serious crimes and insisting that security forces have been battling Rohingya militants who have waged attacks on checkpoints and other sites.

The judges' decision Thursday states that between 600,000 to one million Rohingya are said to have been displaced to Bangladesh because of "alleged coercive acts."

A three-judge panel of the ICC concluded that there is "reasonable basis to believe widespread and/or systematic acts of violence may have been committed that could qualify as the crimes against humanity of deportation across the Myanmar-Bangladesh border and persecution on grounds of ethnicity and/or religion against the Rohingya population."

Victims who gave accounts of what happened to them "unanimously insist that they want an investigation by the Court," according to the judges.

"Despite its limitations, the ICC is the only Court that can look into what happened to the Rohingya and we strongly believe that if the Court opens an investigations, the perpetrators will think twice about committing these crimes again," an unnamed victim is quoted as saying in the decision.

The majority of alleged perpetrators are Myanmar border guards or other security forces, including high-ranking officials, according to the judges. The case is complicated by the fact that Myanmar is not a signatory to the Rome Statute, the treaty that established the ICC, which could limit the court's authority.

However, its neighbor Bangladesh signed on to the treaty in 2010 – and the court says it has jurisdiction if at least one element of the crime takes place in a state that has signed on to the Rome Statute. The judges say the alleged mass deportation across the Bangladesh-Myanmar border establishes a firm territorial link between the alleged crime and a signatory's territory.

The prosecutor, Fatou Bensouda, submitted extensive accounts from victims about what they experienced. Some of the victims say they witnessed close family members being killed by Myanmar's security forces. They say security forces rounded up people in mass arrests and subjected them to beatings.

Many of the accounts from victims reference "frequent occurrence of incidents of rape and other forms of sexual violence," including gang rapes and mutilations, according to the judges. Victims report that their homes were taken away from them and sometimes burned to the ground. This allegedly included some entire villages, the judges' decision stated.

"We lost our family members. We survive with [gunshot] wounds. We lost our property, our houses, our lands and cattle and everything. Kicked out from our motherland and made us refugee. Destroyed our everything," one anonymous victim said.

The judges say the prosecutor has the authority to expand her investigation to other types of crimes that the court deals with, as long as they happened at least partly in Bangladesh or in another country that has signed onto the court's statute.