Accessibility links
3 Indiana Judges Suspended After White Castle Brawl That Ended In Gunshots The Indiana Supreme Court found that the three had "gravely undermined public trust." The fight apparently started when one of the judges raised a middle finger at two men yelling from a passing SUV. 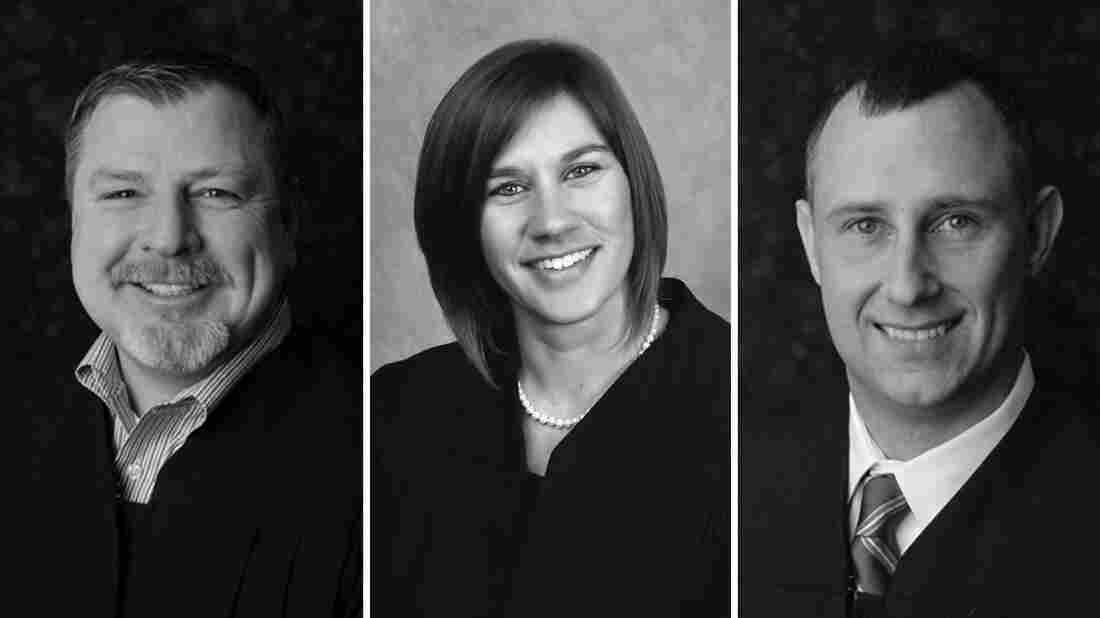 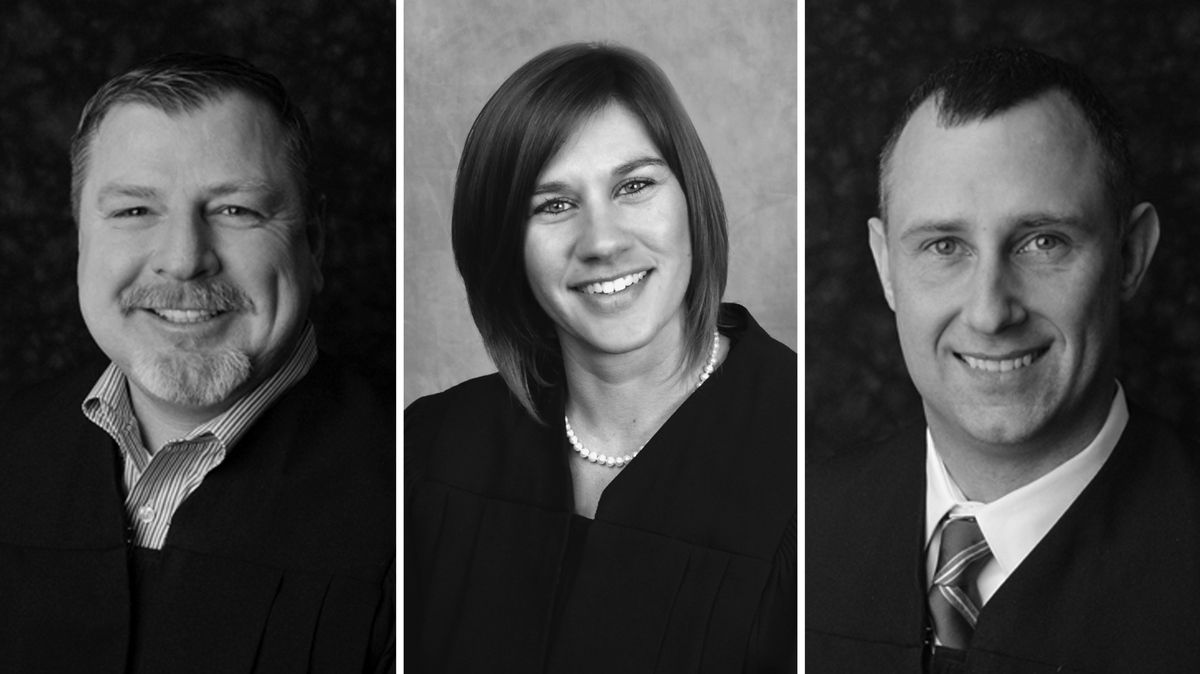 Judges Andrew Adams, Sabrina Bell and Bradley Jacobs were censured by the Indiana Supreme Court for their roles in a brawl outside a White Castle in May.

Back in May, three Indiana judges got into a fight. It was the crescendo of an incident brimming with colorful details: a gaggle of judges drinking the night before a judicial conference, a failed attempt to visit a strip club called the Red Garter, a brawl in the parking lot of an Indianapolis White Castle.

The altercation apparently started sometime after 3 a.m., when one of the judges, Sabrina Bell, raised a middle finger at two men yelling from a passing SUV, and ended after one of those men shot two of the judges.

In between, the three judges took a number of actions that "discredited the entire Indiana judiciary," according to an opinion posted by the Indiana Supreme Court this week, suspending the judges.

The court found that the three — Andrew Adams, Bradley Jacobs and Sabrina Bell — had "engaged in judicial misconduct by appearing in public in an intoxicated state and behaving in an injudicious manner and by becoming involved in a verbal altercation." Adams and Jacobs engaged in further judicial misconduct "by becoming involved in a physical altercation for which Judge Adams was criminally charged and convicted."

The document lays out the events as soberly as possible, but the details remain spicy:

"While in town to attend a statewide educational conference for judicial
officers, 10 hours before the program convened, Respondents walked the
streets of downtown Indianapolis in a heavily intoxicated state. When
Judge Bell extended her middle finger to a passing vehicle, neither Judge
Adams nor Judge Jacobs discouraged the provocation or removed
themselves from the situation."

The three had ended up at a White Castle after trying to go to a strip club at 3 a.m. and finding it closed. A fourth judge went into the White Castle, while Bell, Adams and Jacobs stood outside.

Two men in the passing vehicle, Alfredo Vazquez and Brandon Kaiser, parked their car after the gesture from Bell.

Bell and Vazquez traded further insults. A physical altercation ensued among the four men, with Adams and Vazquez allegedly hitting and kicking each other as Jacobs and Kaiser wrestled on the ground. Kaiser then allegedly pulled a gun and shot Adams once in the stomach and Jacobs twice in the chest.

Adams and Jacobs were both seriously wounded and required emergency surgeries; Jacobs was hospitalized for two weeks.

Bell tried to stop the fighting by pounding on the door of White Castle for help and calling 911 once shots were fired.

While at the scene, Bell was recorded on video telling police detectives something akin to "I feel like this is all my fault," though the opinion notes that Bell "was intoxicated enough that she lacks any memory of the incident."

Kaiser, who allegedly shot Adams and Jacobs, has been charged with 14 counts related to the brawl, including four charges of felony aggravated battery, according to the Indianapolis Star.

In the White Castle incident, the court said, the three judges "gravely undermined public trust in the dignity and decency of Indiana's judiciary."

The court says its penalties are designed "not primarily to punish a judge, but rather to preserve the integrity of and public confidence in the judicial system" and, when necessary, to remove those who are unfit.