Accessibility links
Kentucky Republican Gov. Matt Bevin Concedes To Democrat Andy Beshear "We are going to have a change in the governorship based on the vote of the people," the embattled GOP incumbent said Thursday after a recanvass failed to significantly change the race's outcome. 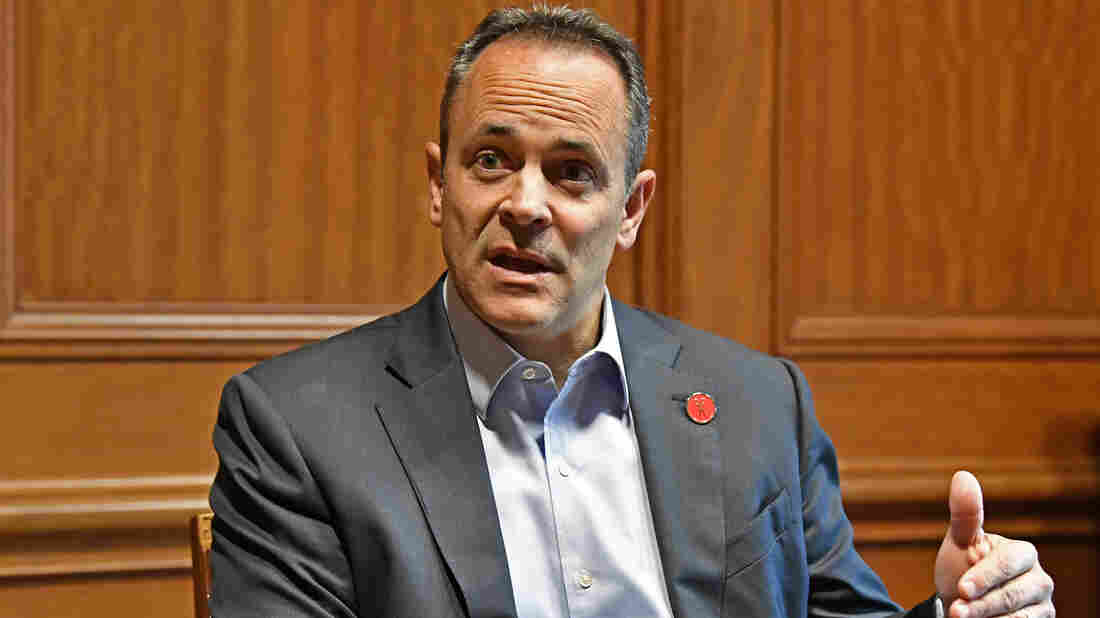 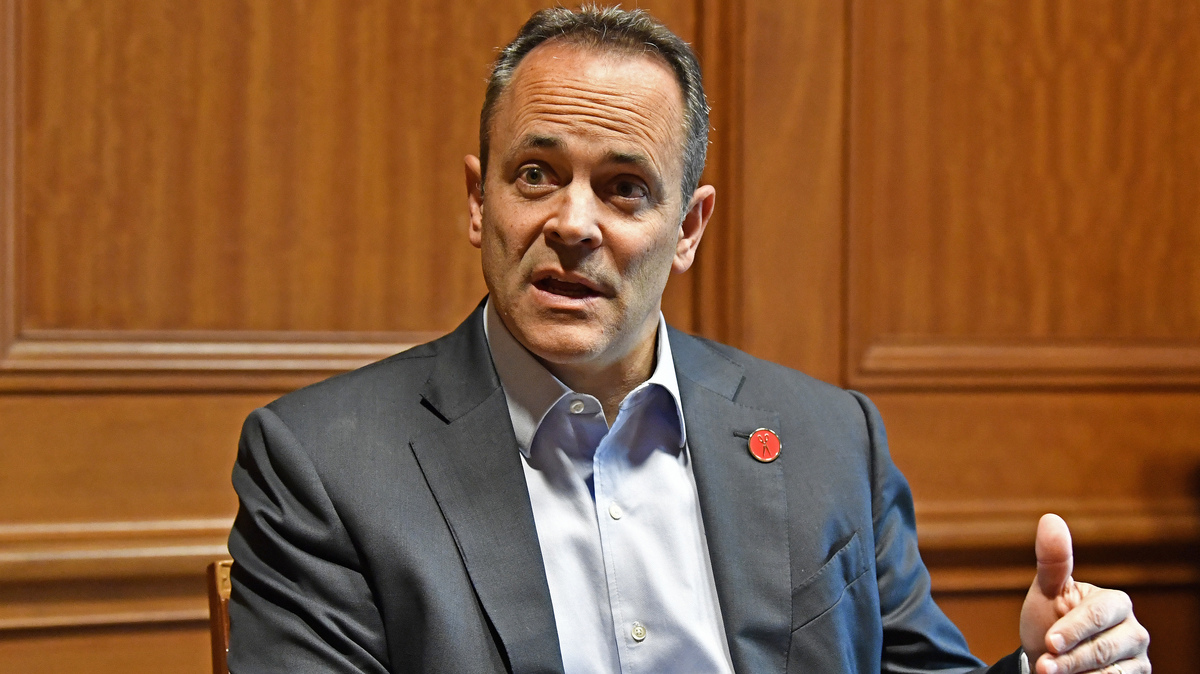 After a recanvass of last week's election was largely completed, Kentucky Republican Gov. Matt Bevin is conceding to his Democratic challenger, Andy Beshear.

"We are going to have a change in the governorship based on the vote of the people," Bevin said at an afternoon news conference.

After last week's bitter race came down to about 5,000 votes, Beshear declared victory, but Bevin pointed to unspecific and unsubstantiated instances of "significant irregularities" and claimed without evidence that "thousands of absentee ballots ... were illegally counted." The fact that Republicans won every other statewide constitutional office on last Tuesday's ballot also cast doubt on the idea that there was some type of conspiracy afoot.

But now Bevin says he will not further contest the results, which could have thrown the contest into chaos. That option would have given the state legislature, where Republicans have the majority, the potential to decide the outcome of the race.

Instead, Bevin pledged to assist Beshear, who will take office next month, and said he wished his successor well and that he wouldn't be "publicly undermining or second-guessing" the Democrat's administration.

The Republican incumbent's concession brings to an end an especially bitter race that was colored by Bevin's extreme unpopularity in the state after he picked fights with teachers unions and some GOP lawmakers. Beshear was able to capitalize on that with a focus on education and health care. An election-eve rally by President Trump in a state he won by 30 points wasn't enough to save the boisterous governor.