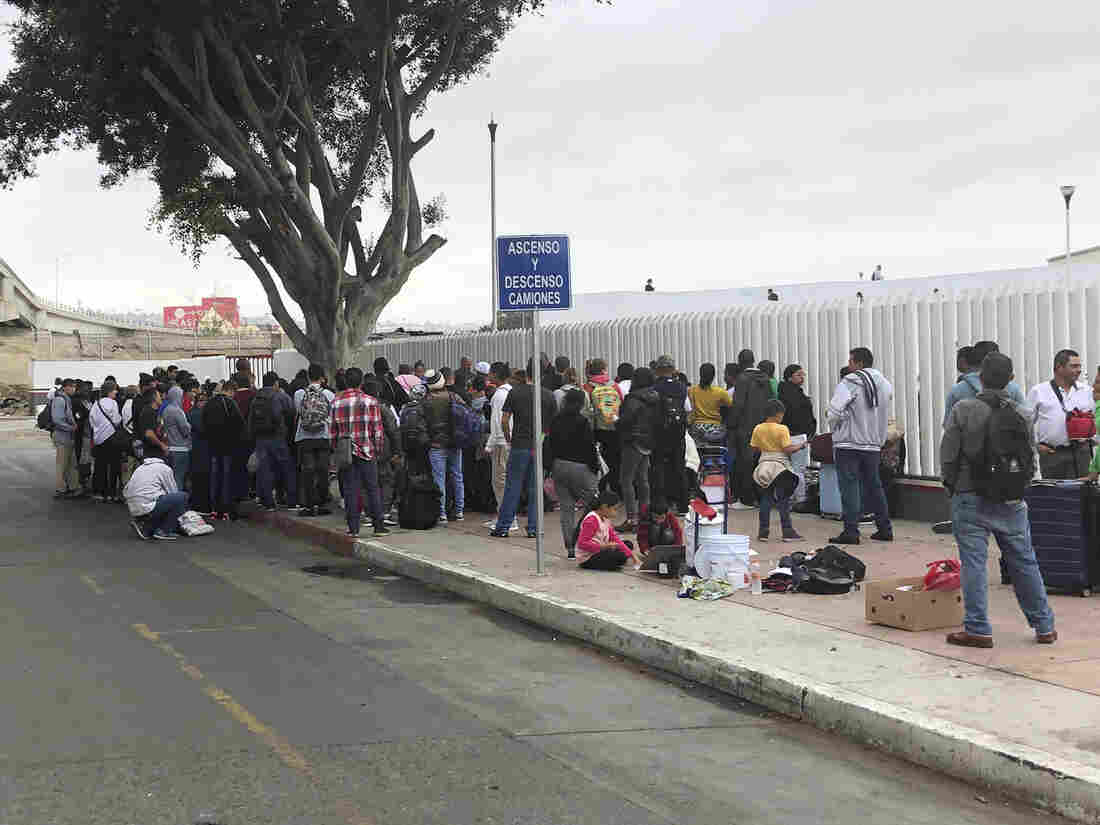 Asylum seekers in Tijuana, Mexico, listen to names being called from a waiting list to claim asylum at a border crossing in San Diego on Sept. 26. Elliot Spagat/AP hide caption 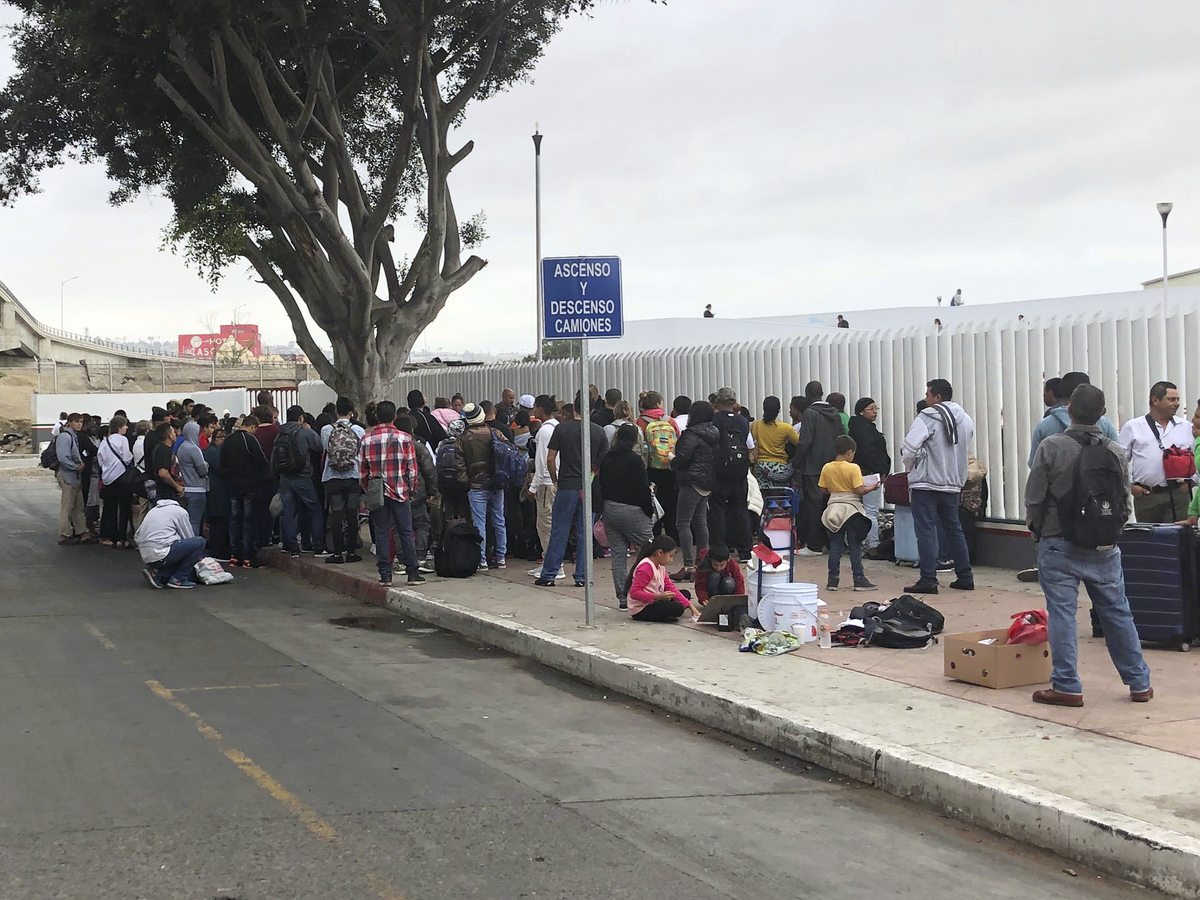 Asylum seekers in Tijuana, Mexico, listen to names being called from a waiting list to claim asylum at a border crossing in San Diego on Sept. 26.

The number of people apprehended by U.S. authorities, either attempting to cross the southwest border illegally or presenting themselves at a port of entry, declined for the fifth consecutive month, according to new figures released by U.S. Customs and Border Protection.

Authorities also report a significant demographic shift among those apprehended.

"For the first time in nearly 18 months, Mexico was the country of origin for the majority of apprehensions, rather than the Northern Triangle countries," said Mark Morgan, acting CBP Commissioner in a White House briefing.

The Northern Triangle countries are El Salvador, Guatemala and Honduras.

The data shows that two-thirds of those caught were single males, mainly from Mexico. Last May, at the height, two-thirds of all border crossers were families and children, mostly from Central America.

Morgan said that Trump administration initiatives to deter border-crossers are having an impact, especially one dubbed Migrant Protection Protocols (or MPP), which requires asylum-seekers to go back to Mexico to await their court hearings in the U.S. The program is also known as Remain in Mexico.

"Make no mistake these initiatives, including MPP, have absolutely been a game changer," said Morgan.

Migrant advocates say the asylum-seekers wind up in dangerous Mexican border cities where they are vulnerable to crime and violence. Morgan called reports of violence against the asylum-seekers "anecdotal," and he insisted that a delegation of U.S. officials who recently visited the border region determined that the migrants in shelters received adequate food and medical attention and that "the safety was okay."

Morgan was pressed by one reporter about a case of one mother and daughter in the MPP program who were allegedly kidnapped in Mexico. He said anyone fearing violence has the option of returning to the U.S. border to ask for protection again.

The CBP Commissioner offered another scenario to explain the violence some asylum-seekers have encountered: some are trying to cross the border illegally.

"Unfortunately, some of the individuals in the MPP program are actually going outside the shelter environment," said Morgan. "They're re-engaging with the cartels because they're tired of waiting. And that's when we're hearing that some of that further abuse and exploitation is happening."