Accessibility links
Review: 'The Crown,' Untarnished The cast has changed, but the formula — i.e., heavy hangs the (figure)head that wears the crown — remains comfortingly intact.

'The Crown' Gets A Fresh Polish

'The Crown' Gets A Fresh Polish 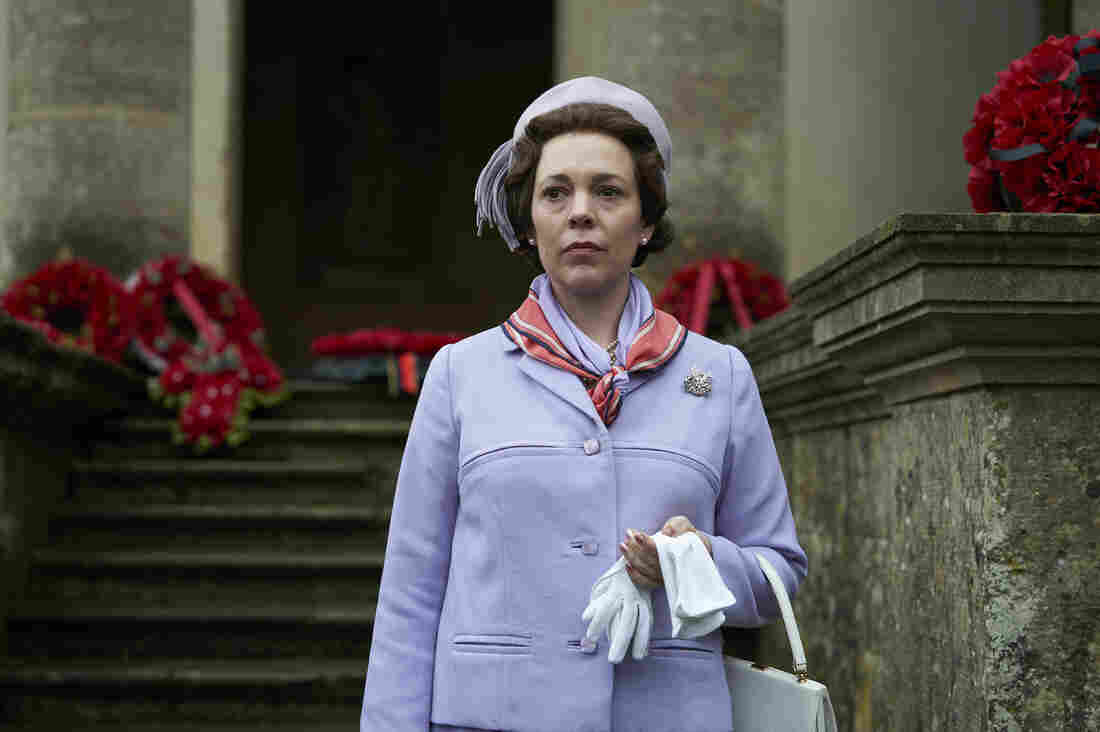 The royal We may not be amused, but you will be: Olivia Colman is Elizabeth in The Crown Season 3. Des Willie/Netflix hide caption 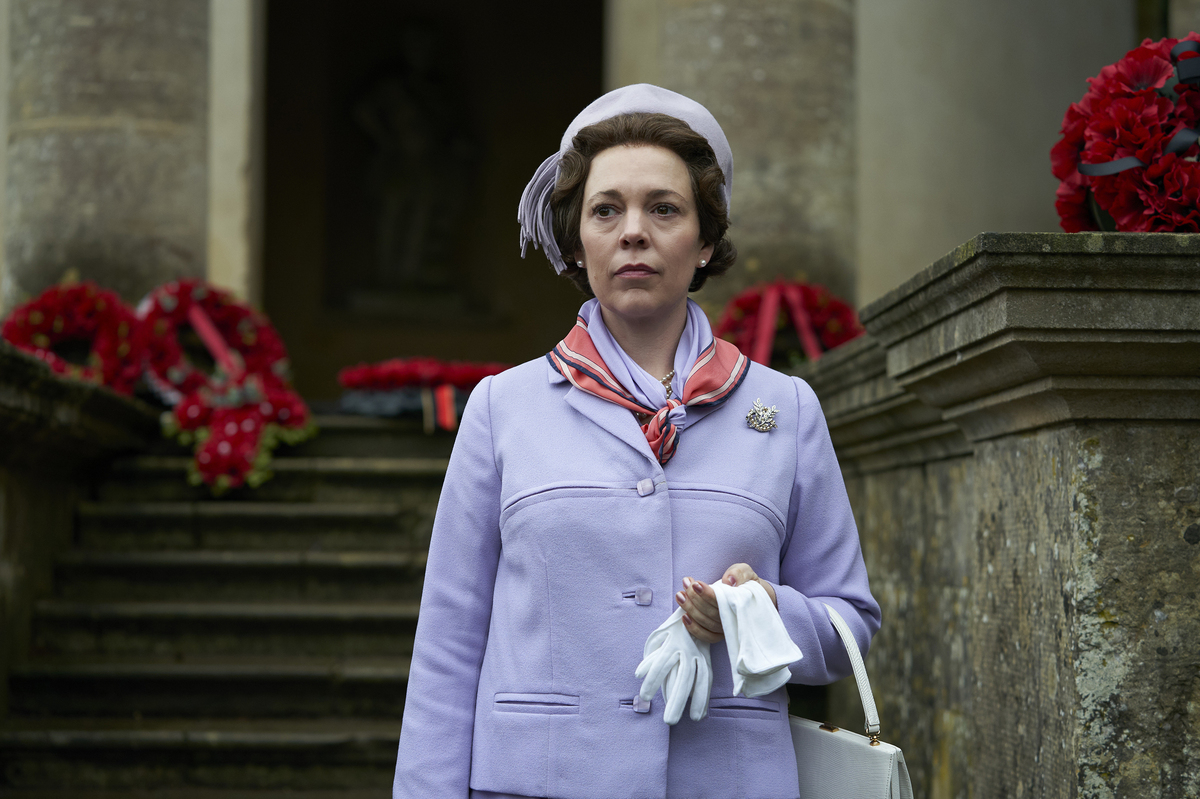 The royal We may not be amused, but you will be: Olivia Colman is Elizabeth in The Crown Season 3.

The third season of The Crown drops on Netflix on Sunday, November 17th.

That's Elizabeth II (played by Olivia Colman, taking over from Claire Foy), in the first scene of The Crown's third season. She's addressing her assistants, there, who have just unveiled to her the more-current portrait of the Queen set to replace her younger self on a postage stamp.

Except, she isn't really addressing them. She's talking to herself, in the resigned, practical, stiff-upper-lip manner that the series ascribes to her. This is The Crown's Elizabeth — grounded, unflashy, unexpressive, a portrait in thwarted desire and strangled emotion. Colman slips into Foy's sensible brown shoes easily, her large, expressive eyes constantly struggling to keep from betraying her thoughts. But Colman's so good at keeping Elizabeth fully present in any given scene that the roiling going on below her surface politesse becomes as much The Crown's subject as that studied, implacable surface itself.

She's also talking to us, of course. She — and series creator Peter Morgan — are saying, "Yes, we've replaced the cast, but don't worry — we've kept the formula. Relax. We've got this. Pip-pip."

That formula, a focus on the burden of privilege, on the misery of the obscenely rich, on the despair occasioned by wielding only purely ceremonial power — call it "heavy hangs the (figure)head that wears the crown" — is a tricky one to pull off. As much as we as a culture adore the soap-opera agonistes of the wealthy and powerful, the world of The Crown is as plain and grounded as Elizabeth herself. Its determination to graft its narrative onto select moments in recent British history means it's not interested in heedless, soapy excess — you won't catch Liz and Princess Margaret (a wild-eyed, more-melancholic-than-baseline Helena Bonham Carter) tossing each other into a lily pond.

Though that would — let us stipulate, as fellow reasoned adults — be awesome.

But as The Crown's first two seasons showed amply, there is greatly satisfying drama to be mined from the fundamentally undramatic. The Crown season three doubles down on the series' practice of treating the tiniest diplomatic faux pas as something bearing the immediate potential to threaten the Empire to its veddy core.

In episode after episode, it's Elizabeth's reaction — or pointed lack of same — to various events of the day (a financial crisis, a mining disaster, nationwide strikes, Prince Charles becoming Prince of Wales, the moon landing, a scandal involving Margaret) that drives the plot. It takes a good deal of maneuvering from Morgan and his writers to embed the British royal family more centrally in these events than they actually were, but it's impossible to begrudge them that fact, because it means we get more of this stellar cast, mooning about for our enjoyment.

Whether it's Tobias Menzes' insufferable Prince Philip (taking over jaw-clenching duties from Matt Smith this season) experiencing what he would be loath to call an identity crisis, or the hangdog Prince Charles (embodied, in all his gangly, stoop-shouldered gooniness, by Josh O'Connor, an actor whose protuberant ears must have freed up some of the series' hair-and-makeup budget for more Princess Margaret wigs) longing after young Camilla Shand (Emerald Fennell), there is something sublimely comforting about the whole affair: all those plummy vowels, all those rooms tufted and draped and antimacassar-ed in ways that still somehow manage to seem vaguely industrial, all that gray light filtering through leaded windows, all those Prime Ministers expressing a slowly-dawning respect for Elizabeth's diplomatic acumen and horse-sense, because of course they do.

It's a comfort to know — or at least, to convince yourself, aided by the doughty work of some of the best actors on the planet — that the Royals, a class of pampered, protected, egregiously privileged people for whom the term privilege was coined, experience one iota of the everyday existential dread the rest of us do.

"Things work themselves out in the end," chirps Elizabeth, in season three's final episode.

It's just something she tells herself to allow herself to carry on. One just has to get on with it. Things work themselves out in the end. She says these things, but Colman shows us she doesn't buy them. We don't, either. But as you binge these ten episodes, you ensconce yourself in the hermetic, protective world of The Crown, and in that brief span of hours, you almost believe her.