Accessibility links
Idaho's 1st Female Lawmakers Properly Honored Thanks To 11-Year-Old Student A young Idahoan found a plaque, stuffed in a far back corner of the state Capitol, commemorating the first women elected to the state House. So she wrote a letter. 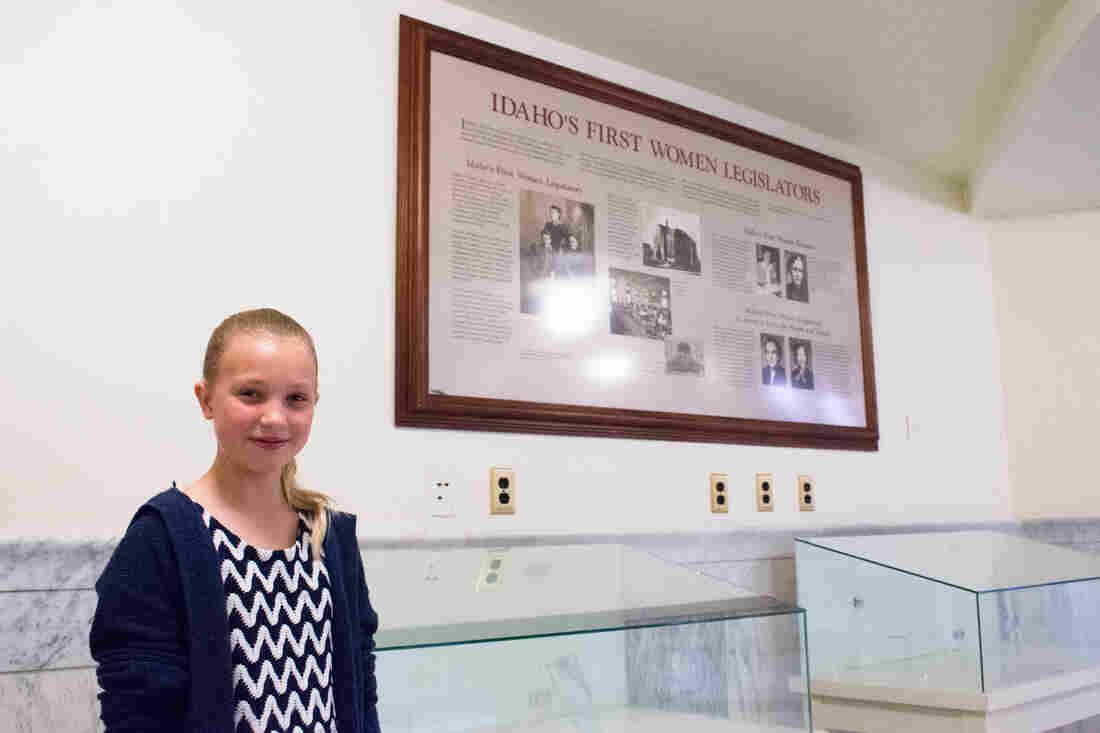 Anna Wiese, 11, stands in front of a plaque in the state Capitol building commemorating Idaho's first female legislators. She originally found the plaque tucked away in a forgotten corner last year and wrote a letter to get it moved. James Dawson/Boise State Public Radio hide caption 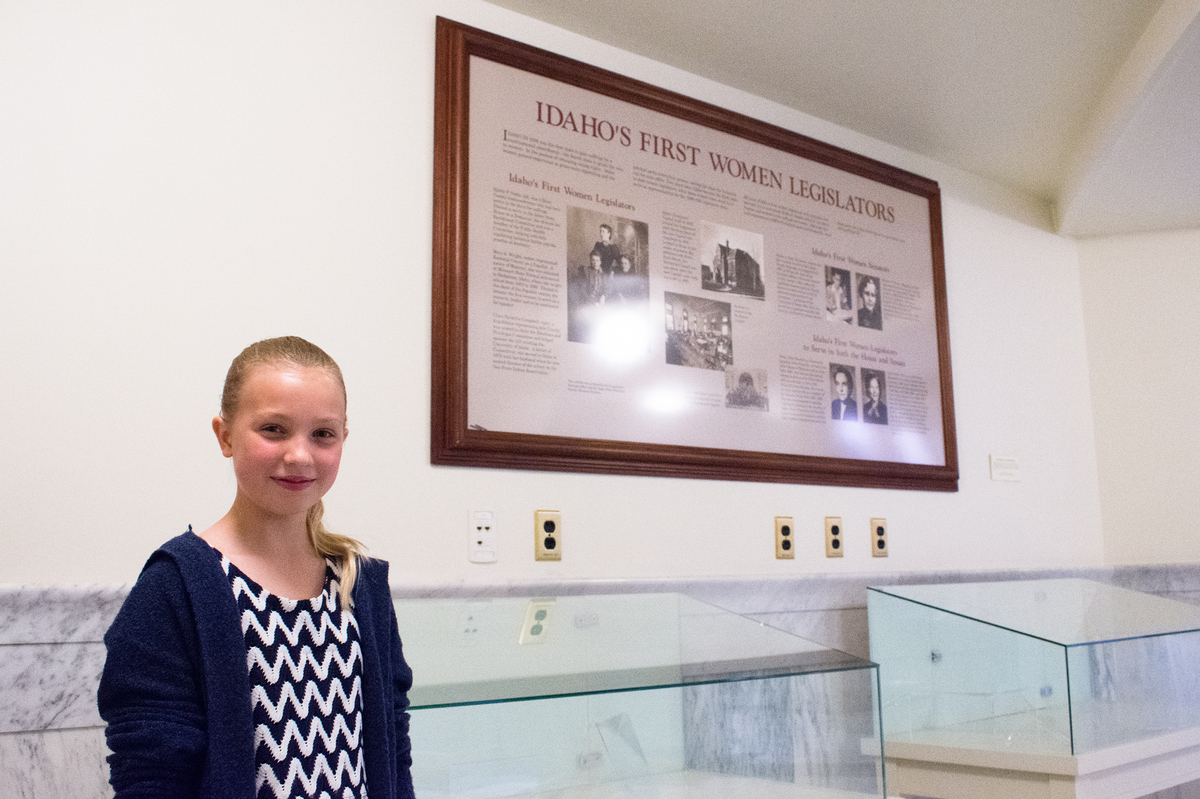 Anna Wiese, 11, stands in front of a plaque in the state Capitol building commemorating Idaho's first female legislators. She originally found the plaque tucked away in a forgotten corner last year and wrote a letter to get it moved.

Just about every time 11-year-old Anna Wiese makes the two-hour drive to Boise with her mom, Nancy Wiese, she has one thing on her mind: seeing Idaho's marbled Capitol.

Last year, when she was 10, Anna wanted to spend a few hours combing through every corner of the building.

That's when she and her mom found a plaque, way off the beaten path, dedicated to Idaho's first female legislators. Nancy says Anna was drawn to the women's stories but wasn't happy that the exhibit was stuffed in a stairwell far from the rotunda area where most of Idaho's legislative history is on display.

"I thought it was very, very sad because that could be out here with all the men and it shows that women can make a change in the world," Anna says.

So Anna wrote a letter to her state senator with the help of her mom:

"I personally believe that this important framed document should be placed in the main hall where several other important historical documents are hung ... I would like to see this changed for it sends a message that men and women are not treated equally."

Anna, like all fourth-graders in the state, took a whole year of Idaho history lessons but never learned about the first women to hold state office.

Those lawmakers were Clara Campbell, Harriet Noble and Mary Wright, elected to the Idaho House from three different political parties just two years after Idaho became the second state in the country, in 1896, where women won the right to vote in state and local elections.

"I think their legacy is they jumped right into it and served as soon as they could. They were all active in introducing legislation," says Elizabeth Jacox, a historian at a research and consulting firm in Boise.

Campbell, a Boise Republican, had run unsuccessfully for Ada County treasurer when she won her race in the House.

Noble was a suffragette, businesswoman and Democrat from the gold mining town of Idaho City.

I thought it was very, very sad because that could be out here with all the men and it shows that women can make a change in the world.

The youngest of the three, Wright, turned 30 just before taking office. The populist candidate from the far reaches of northern Idaho would go on to have a long career in politics.

During their two years in office, Jacox says the trio cemented women's right to vote, expanded powers for nonprofits and made sure a hand-carved statue of George Washington, which still sits in the Idaho Capitol today, could be preserved.

After Anna's letter asking for the commemorative plaque to be moved, lawmakers got to work and the Idaho State Historical Society eventually moved it downstairs to the Capitol rotunda, where it will get many more eyes.

Anna, who wants to be both a politician and a doctor when she grows up, says she hopes people take an inspiring message away from this experience.

If nothing else, her potential future colleagues in the House or Senate can count on nothing slipping by her eagle eyes.