Accessibility links
Roger Stone Found Guilty In Trial Over Lying To Congress And Obstruction Stone faced charges that he lied to congressional investigators and obstructed an official proceeding. He pleaded not guilty and said he had done nothing wrong. 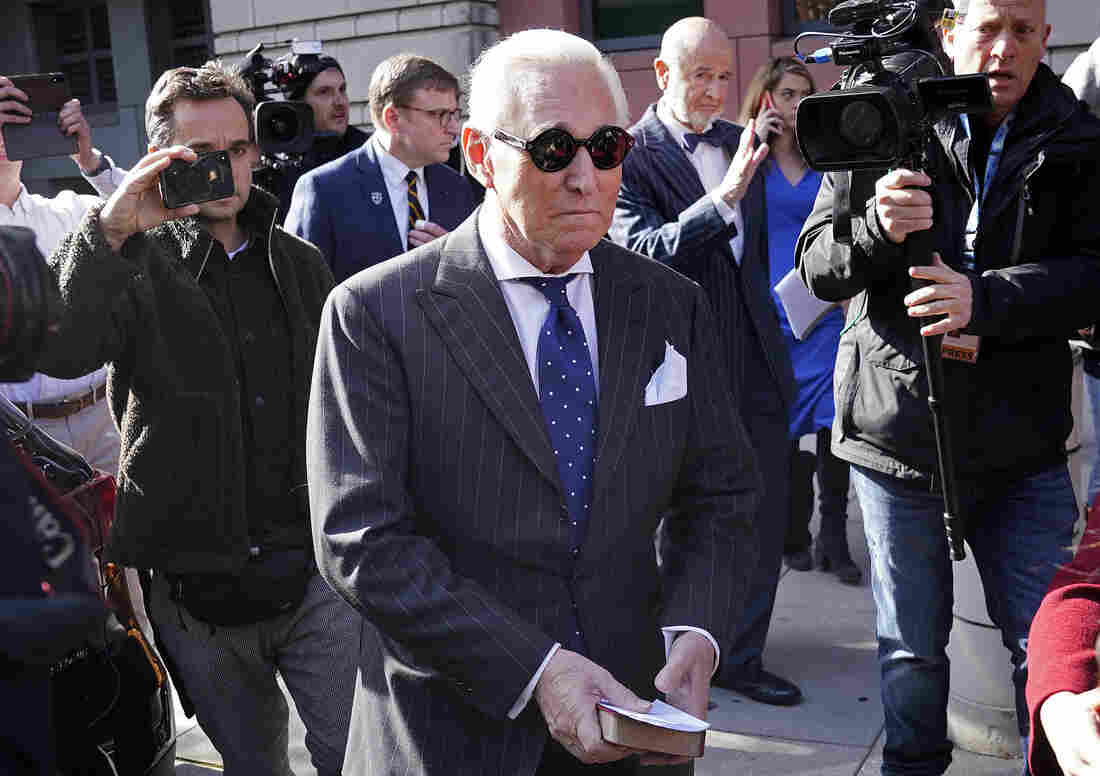 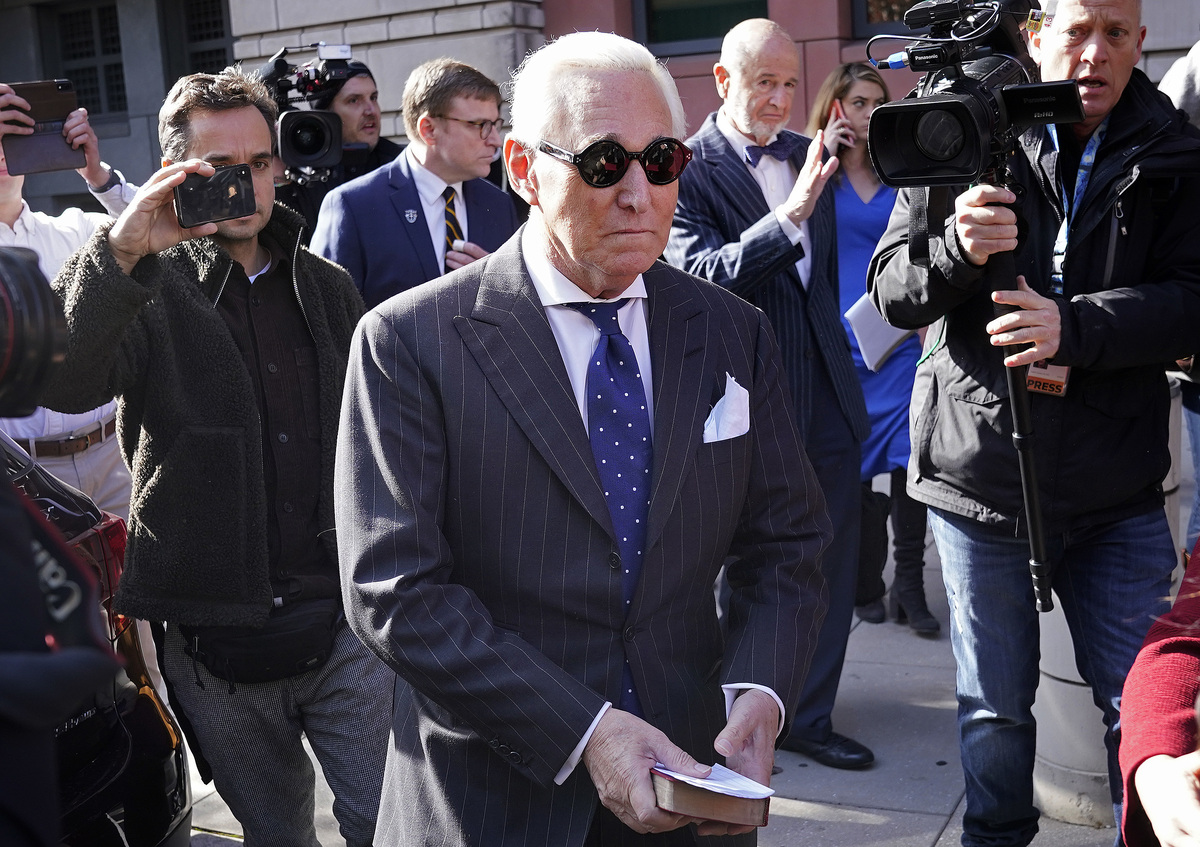 Former Trump adviser Roger Stone leaves a Washington, D.C., courthouse Friday after being found guilty of obstructing a congressional investigation into Russia's interference in the 2016 election.

Roger Stone, a veteran Republican political operative and longtime confidant of Donald Trump's, was found guilty of all counts by a federal jury in Washington, D.C., on Friday in his false statements and obstruction trial.

The verdict, announced after two days of deliberations by the jury of nine women and three men, adds another chapter to Stone's long and colorful history as a self-described dirty trickster.

It also means Stone, who is 67, could face years in prison, even as a first-time offender. Stone, dressed in a suit, white pocket square and dark tie, stood impassively as the verdict was read out but did not speak.

He was surrounded by TV cameras as he walked out of the courthouse and got into a waiting black SUV before driving off. His sentencing is set for Feb. 6.

Stone was arrested in January at his home in Florida on charges brought by former special counsel Robert Mueller as part of the Russia investigation.

Stone pleaded not guilty to making false statements, obstruction and witness tampering. But even under indictment, he remained true to his bombastic, combative style.

Shortly after his arrest, he claimed that the authorities had shown up at his house "with a greater force than was used to take down Bin Laden, or El Chapo, or Pablo Escobar, to terrorize my wife and my dogs--it's unconscionable."

He later said the FBI agents were very polite.

The White House did not immediately respond to requests for comment about the Stone verdict or a possible pardon from Trump, who has known Stone since the 1980s. But Trump weighed in on Twitter with an accusation that the system had been unfair.

....A double standard like never seen before in the history of our Country?

In the indictment, Stone was accused of lying to the House Intelligence Committee about his efforts to discover what WikiLeaks planned to do with thousands of hacked Democratic emails it had in its possession.

The House committee was conducting its own investigation into Russia's interference in the 2016 election.

WikiLeaks ultimately did release the emails during the campaign, which became a major talking point of the election that Trump went on to win.

During the six-day trial, the government presented emails, text messages and Stone's own public statements to try to prove its case that Stone had lied to Congress to hide his efforts to contact WikiLeaks — including by telling lawmakers that he had no records concerning hacked emails or the anti-secrecy group.

Stone's defense lawyers argued that Stone didn't intend to lie to the committee. They also claimed that the investigation against him was misguided and that Stone was being targeted for political reasons.

Stone himself did not take the stand during the trial, and his attorneys did not call any witnesses on his behalf. They did, however, play an audio with portions of his 2017 testimony to House lawmakers.

Stone was the second close political adviser of Trump's brought to trial on charges by Mueller's team.

The other was Stone's former business partner, Paul Manafort, who was convicted in 2018 in a tax and bank fraud trial in Virginia. Manafort later pleaded guilty to other charges in a related case brought by Mueller in Washington, D.C. He is now in prison.