Accessibility links
'Waves' Movie Review: A Florida Family Saga Filled With Healing And Heartache Life doesn't go according to plan for the family at the center of this wrenching drama. But while Waves doesn't peddle easy redemption, it does offer what feels like a state of grace. 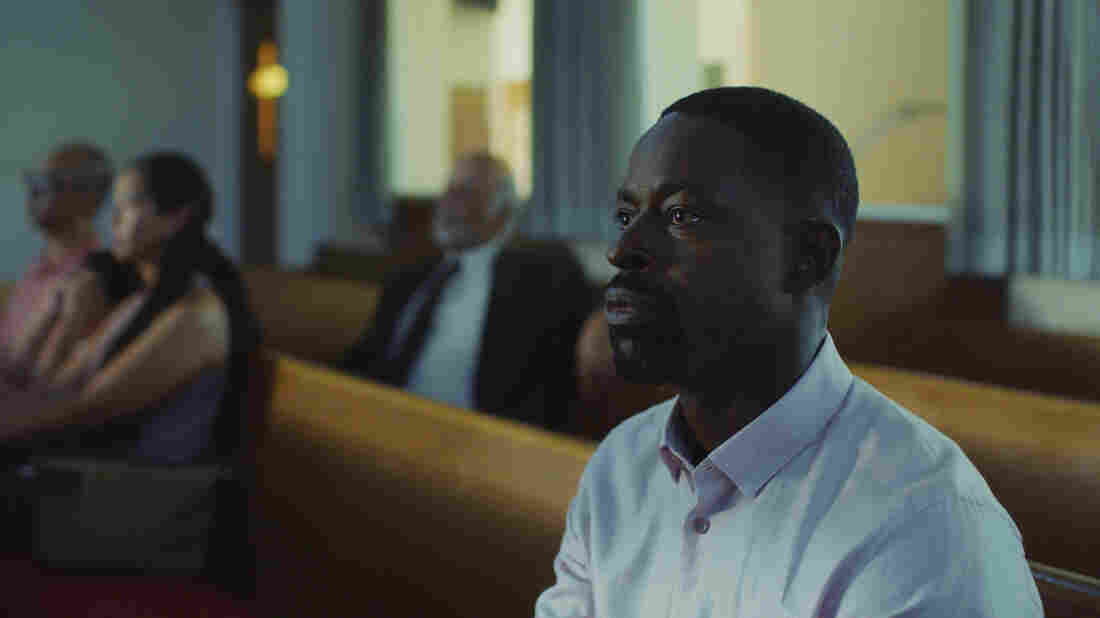 Sterling K. Brown plays the patriarch of a family in crisis in Waves. Courtesy of A24 hide caption 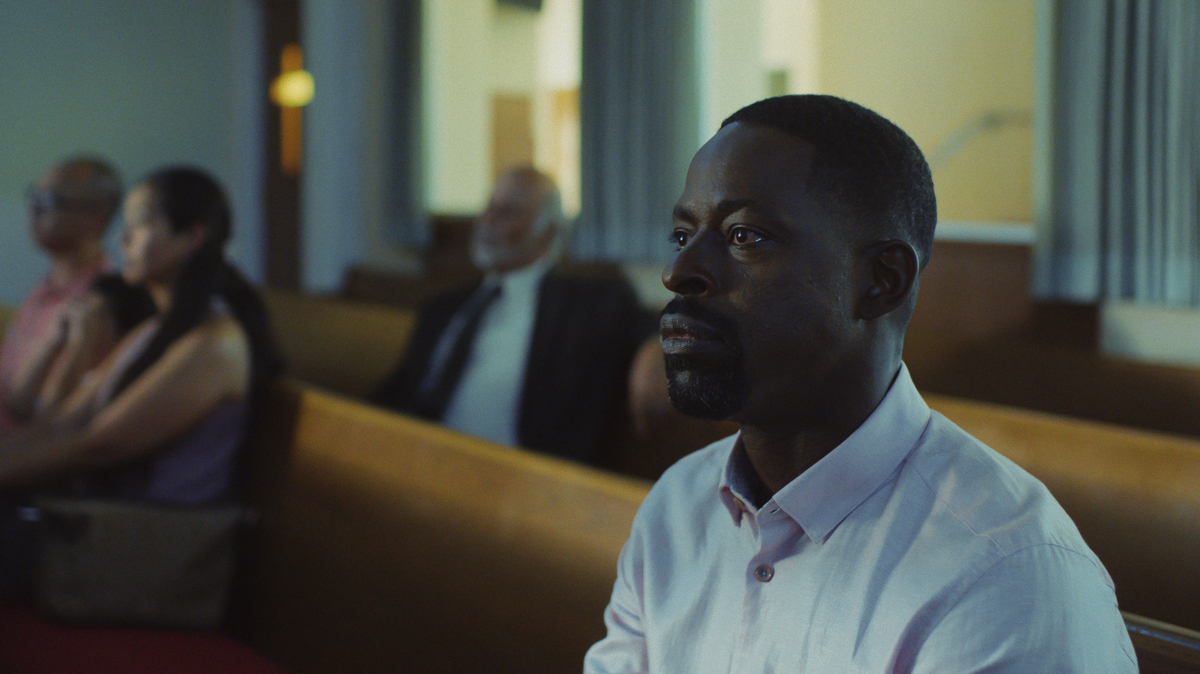 Sterling K. Brown plays the patriarch of a family in crisis in Waves.

The emotionally turbulent drama Waves revolves around an African American family living in South Florida, and I mean "revolves" quite literally. In an early scene, the camera swivels a full 360 degrees around the inside of a car, as a teenager named Tyler Williams and his girlfriend, Alexis, drive along the oceanfront.

Tyler, played by a mesmerizing Kelvin Harrison Jr., is a high-school wrestling star with a bright-looking future. And the camera, whether racing alongside him on a field or crashing down next to him on the wrestling mat, seems to draw on his youthful energy.

Writer-director Trey Edward Shults has a gift for turning dramatic ideas into visual ones. Waves is his grandest and most ambitious picture yet, but like his earlier features, Krisha and It Comes at Night, it's about the fragility of the American family. Shults' style has some of the raw, ragged intimacy of John Cassavetes, but also the dreamy poetry of Terrence Malick, whom he worked with years ago. His camera is alive to the lush beauty and sweltering heat of his Florida setting, and it's magnetized by the intense physicality of his actors.

'We Couldn't Save Them': Lessons From A Film About Family And Addiction

The camera begins to slow down when Tyler gets home and mumbles a half-hearted greeting to his family. Renée Elise Goldsberry plays his loving stepmother, Catharine, and Taylor Russell plays his sensitive younger sister, Emily. Tyler has the closest but also the most difficult relationship with his father, Ronald, a gruff authoritarian played with soulful gravity by Sterling K. Brown.

Ronald is hard on his son, always correcting his behavior and pushing him to do better, whether they're lifting weights together in their home gym or having an argument about Tyler's work ethic. In one scene, he lectures Tyler about the difficulties of succeeding as a black man in America — one of just a few moments in which the movie directly addresses the subject of racism. There's a later one, too, when a stranger hurls an anti-black slur at Tyler. But for the most part, the tensions tearing at the Williams family come from within.

This is a sad, sweeping story about the seemingly unbridgeable gap that can open up between parents and their children. It's also about the desperation that can set in when life doesn't go according to plan.

Tyler starts to experience a nagging soreness in his shoulder. A doctor's visit confirms that he has severe muscle damage, spelling the possible end of his wrestling career. Around the same time, his girlfriend, Alexis, informs him that she's pregnant and wants to keep the baby. This might sound contrived on paper, but I like the way that Waves doesn't shy away from melodrama, and Shults' filmmaking is so propulsive that you're carried along at every moment. He puts you inside Tyler's head, making palpable his confusion and anger as everything begins to spiral out of control.

I won't say anything more about the tragic turn that follows, partly because I don't want to spoil it, and partly because Tyler's experience turns out to be only half the story. Waves understands that men tend to hog the spotlight — in families, in relationships, in sports and in movies. And so it's both pointed and deeply moving when the plot suddenly ruptures and the perspective shifts to Emily, who tells her story in the movie's second half.

Emily is as shy and reserved as her brother was brash and reckless, and Russell acts with a quiet sensitivity that counter-balances Harrison Jr.'s brooding fury. But before long, Emily catches the eye of a classmate named Luke, played with puppyish sweetness by Lucas Hedges, who charms her and coaxes her out of her shell. Their initial flirtation blossoms into a real relationship, as they bond over burgers and hang out with friends. They also connect over their shared understanding of the pain that family can bring.

There's a wrenching scene in which Ronald confesses his failings as a father and reaffirms his love for Emily, whom he has too often ignored. He proceeds to recite a few words from the Book of Proverbs, which beautifully encompass the movie and its emotional extremes: Hatred stirs up strife, but love covers all offenses.

Shults isn't peddling easy redemption; he's trying to show us what it looks like for a family to try to heal in the aftermath of tragedy. As a technical display, Waves is awfully impressive. As an emotional experience, it's simply enormous: It begins in exuberance before moving through rage and despair, but by the end it has achieved what feels like a state of grace.