Accessibility links
Mary-Louise Parker Faces A New Challenge In Broadway Play, 'The Sound Inside' The actor discusses her "arduous" role as a 53-year-old Yale professor in the dark play, The Sound Inside. "It requires a lot of technique," she said. "Because I don't want you to see the technique." 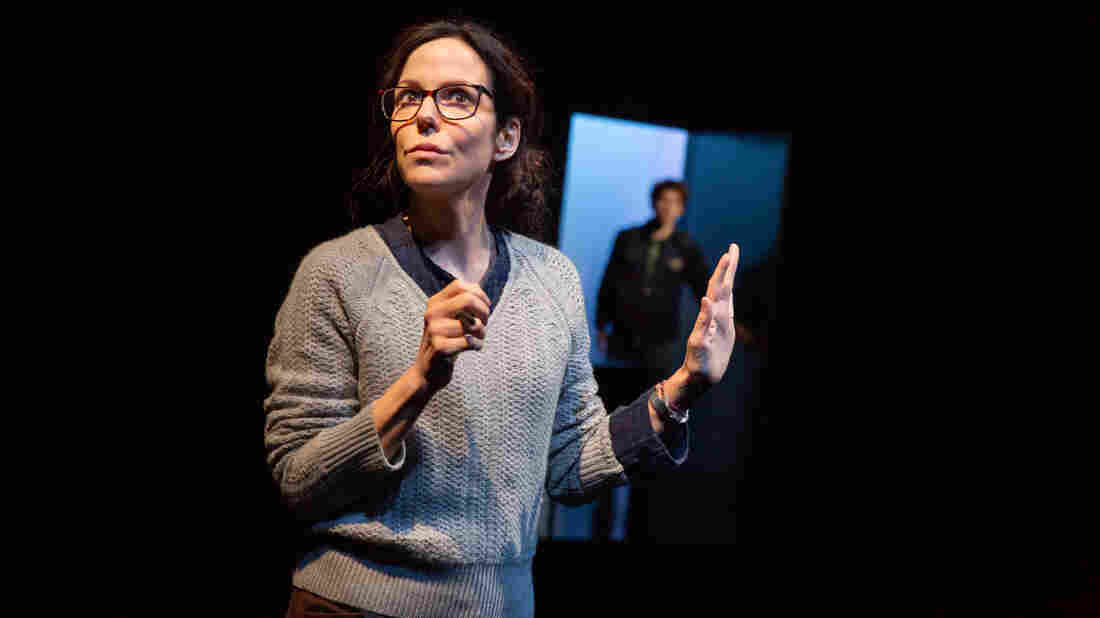 toggle caption
Jeremy Daniel/Courtesy of The Sound Inside 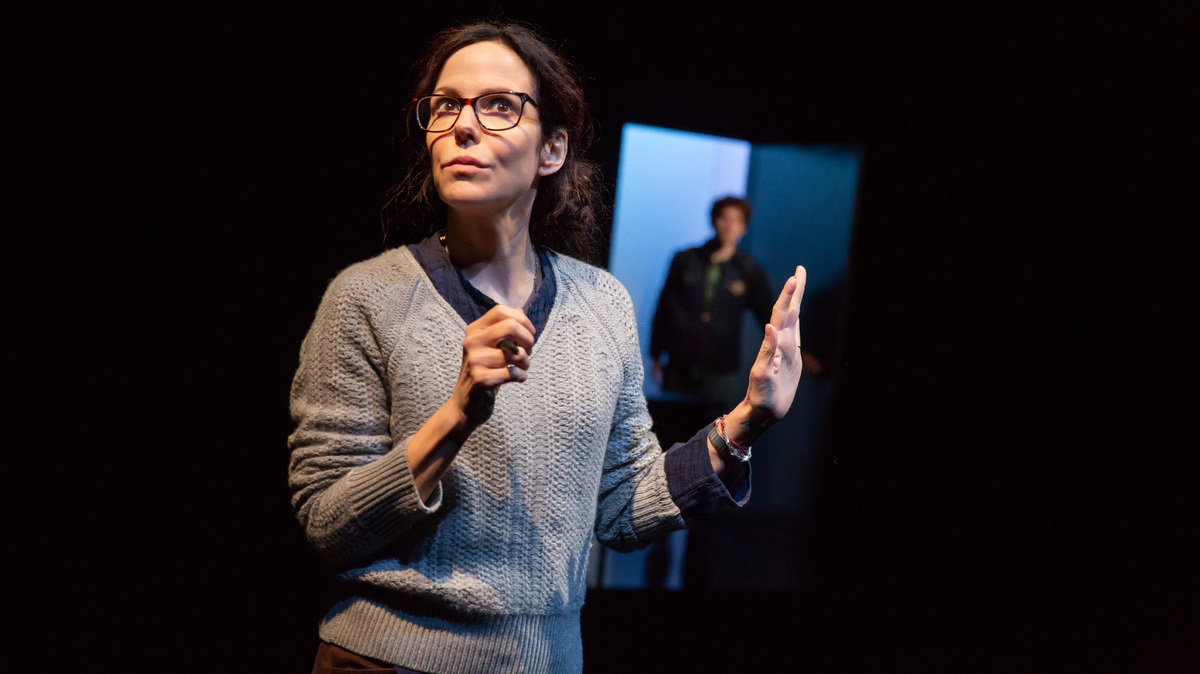 Mary-Louise Parker stars (with Will Hochman) in the new two-person Broadway drama The Sound Inside.

Jeremy Daniel/Courtesy of The Sound Inside

Mary-Louise Parker is drawing rave reviews for her central role in Adam Rapp's new, two-character Broadway drama, The Sound Inside.

In the play, Parker stars as Bella Baird, a 53-year-old Yale English professor and fiction writer living with cancer, a role Parker herself describes as "arduous."

Night to night, under the direction of David Cromer, she's tasked with commanding a bare stage as she narrates her thoughts and actions during the better part of 90 minutes.

To achieve the appearance of effortlessness she musters great effort, she says.

"It requires a lot of technique," she said. "It most requires it because I don't want you to see the technique. I want you to feel like there's a person standing there talking — just talking."

But she prefers the challenge.

"I like seeing a mountain in front of me and knowing I have to climb it. Just sort of with the hunch that I believe I can," she said. "I even like getting halfway there and thinking I'm never going to be able to get to the top."

Outside of her television career, she's dominated the stage — and snagged major awards — with her dramatic roles in Prelude to a Kiss in 1990 and in Proof in 2000. Her 2016 Broadway role in Heisenberg might be seen as a warm-up for what would be another intimate, spare production in The Sound Inside.

Moving from her gray room to her gray office, lightened mostly by her passion for literature, Bella receives her fatal diagnosis just as Christopher Dunn (Will Hochman), a troubled freshman writing a novel, shows up at her door for guidance — and just as Bella feels she needs the most intimate form of assistance (not in the way you may think).

In an interview with NPR's Weekend Edition, Parker talks about her perfectionism when it comes to the acting craft, how working odd jobs equipped her with the empathy needed to step into her varied roles, and that selfish request Bella asks of Christopher.

On the previous jobs she's worked

I had all kinds of jobs. I did telemarketing surveys, I handed out perfume samples in the mall. I worked at a yogurt shop, I sold shoes, I was a temp, I was a coat check.

I think everyone should have to work a variety of different jobs. Sometimes people approach the person who delivers their groceries or the person who's taking their order as if they're some other phylum. Not to sound corny, but I think you're a little bit more understanding of someone else's narrative or you have a sense of possibility when you encounter somebody when you don't feel separate from them. And I don't.

On the selfish decision her character Bella makes

It's a very selfish thing that she asks. She's not considering [Christopher] really at all, I don't think. That's a deep flaw within her. But it's impossible to play a person without flaws, and it's a big one.

On what she owes to her theater audience

I really believe that if you approach it fresh each night, there's a way to find your way up there that's a little bit different. You know, theater is expensive. And I feel an immense responsibility to the audience to give them the best show that I can bring that night. I'm a purist in that way.

NPR's Hiba Ahmad and Ed McNulty produced and edited this interview for broadcast. Emma Bowman adapted it for the Web.