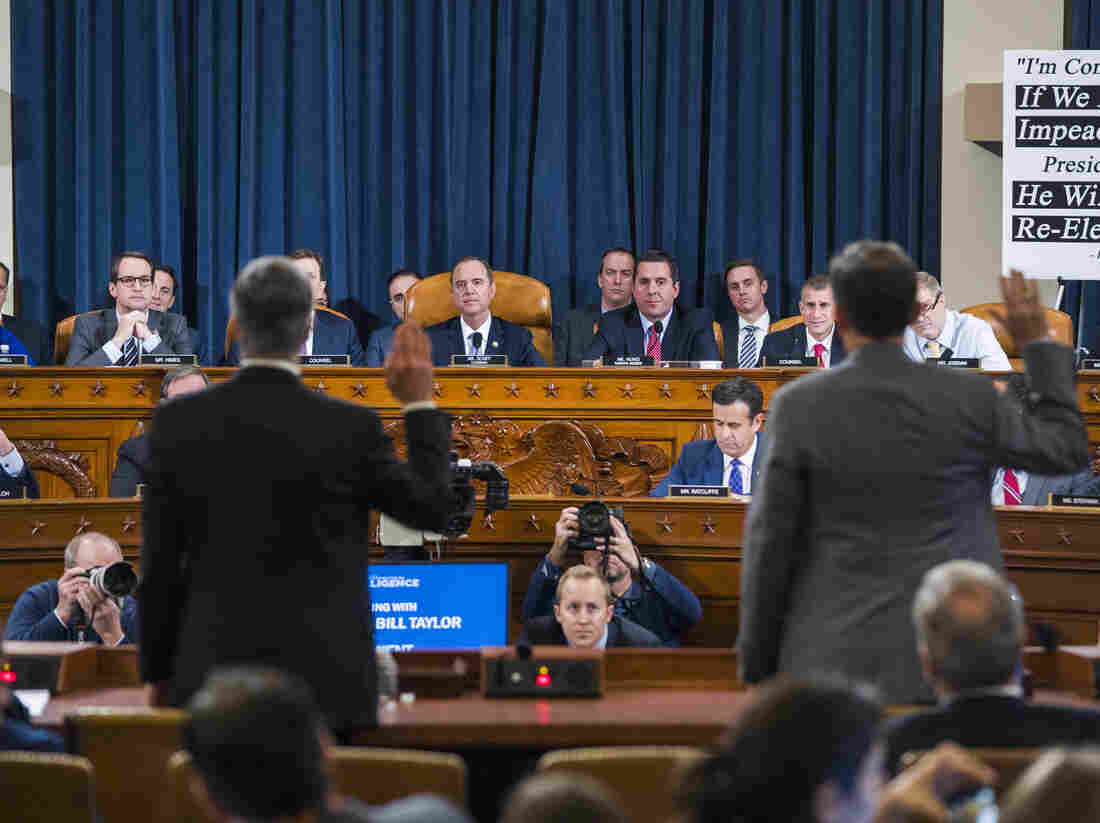 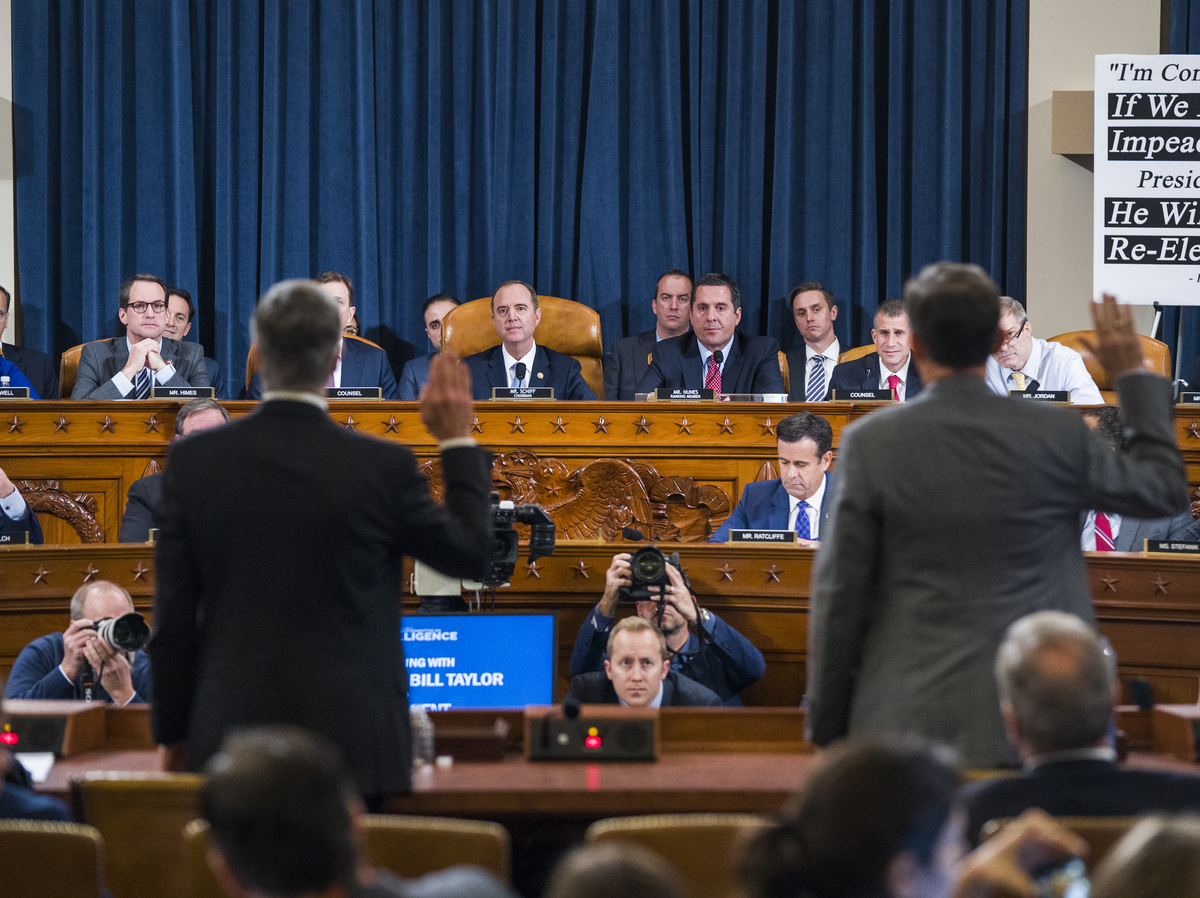 Two witnesses seen as crucial to the case against President Trump in the impeachment inquiry testified Wednesday.

In this week's House Intelligence Committee hearings, career diplomats dressed in somber suits who have often been derided as "elites," "insiders," "the establishment," and even "the Deep State" got the chance to tell Americans how they have been nonpartisan representatives of America from administration to administration.

Those parts of their testimony weren't news "bombshells." But their words are worth noting.

William Taylor — West Point graduate, company commander in Vietnam, and U.S. foreign service officer in Brussels, Kabul and Baghdad before he was appointed U.S. Ambassador to Ukraine by President George W. Bush — told the committee how several public servants involved in the Ukraine investigation were born abroad. "And we and our national security are the better for it," he said.

George Kent, the current deputy assistant secretary of state for European and Eurasian affairs, who served for 27 years under both Republican and Democratic administrations, noted how his former professor Zbigniew Brzezinski as well as Henry Kissinger, also came to the United States as immigrants.

Those ultimate foreign policy "insiders" were actually "outsiders," who fled communist and Nazi oppression. That personal experience helped them appreciate America as an outpost of freedom in a forbidding world.

George Kent said he sees a lineage between Lafayette of France, and Pulaski and Kościuszko of Poland (who joined the American Revolution) — to Brzezinski, Kissinger, now former Ambassador Marie Yovanovitch and Lt. Col. Alexander Vindman on the National Security Council.

Their families were born into countries overtaken by tyrannies. They know, from their own lives, what has made America different in the world.

President Trump began to blast Yovanovitch on Twitter Friday, even as she testified about serving her country in several hardship posts — from her first tour in Mogadishu during Somalia's long civil war to surviving a shooting attack on the U.S. Embassy in Uzbekistan, getting caught in crossfire during an attempted coup in Moscow — and most recently making repeated visits to the front lines in the ongoing conflict between Russia and Ukraine.

Marie Yovanovitch's mother grew up in Nazi Germany. Her father fled the Soviet Union. As the former ambassador told the House committee, even as she was being denounced by the president of the United States, "My service is an expression of gratitude for all that this country has given my family and me."

In the audio of this story, as well as in a previous Web version, we incorrectly say Henry Kissinger was a professor of George Kent's.