Accessibility links
Gotabaya Rajapaksa Wins Sri Lankan Presidential Elections The former defense secretary, who has been accused of human rights abuses during the country's civil war, campaigned on a platform of stability and national security. 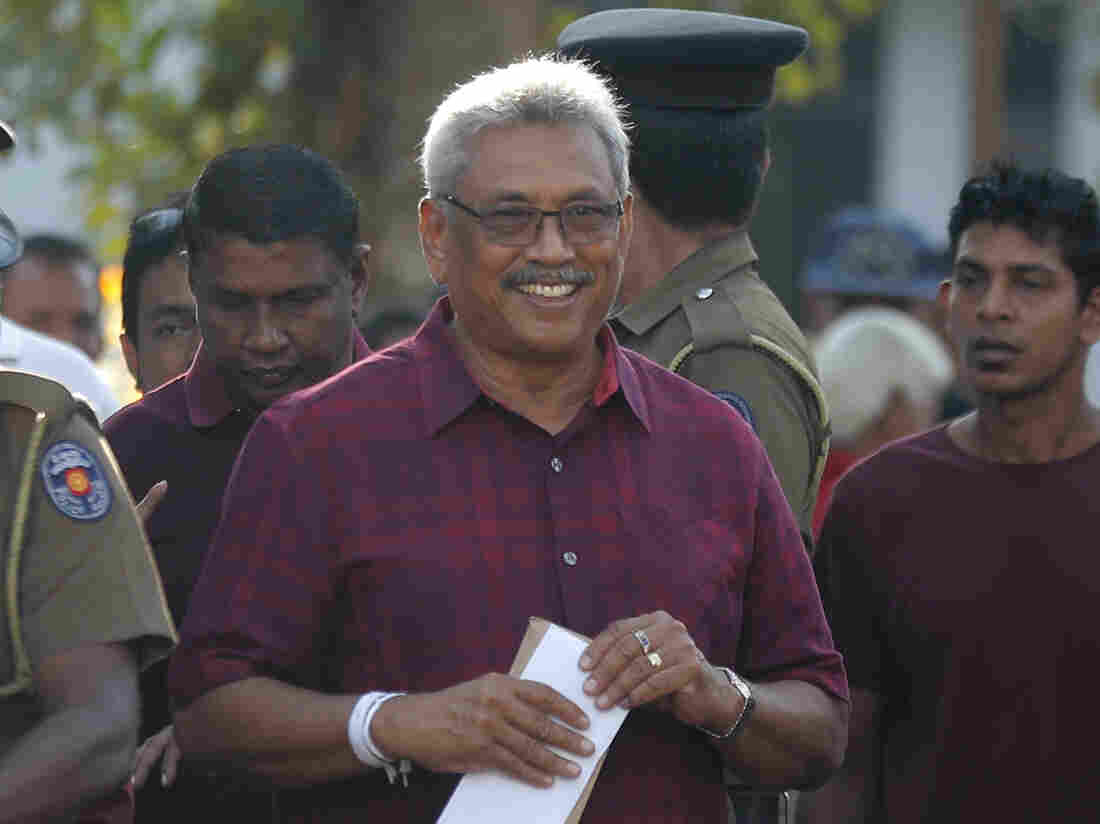 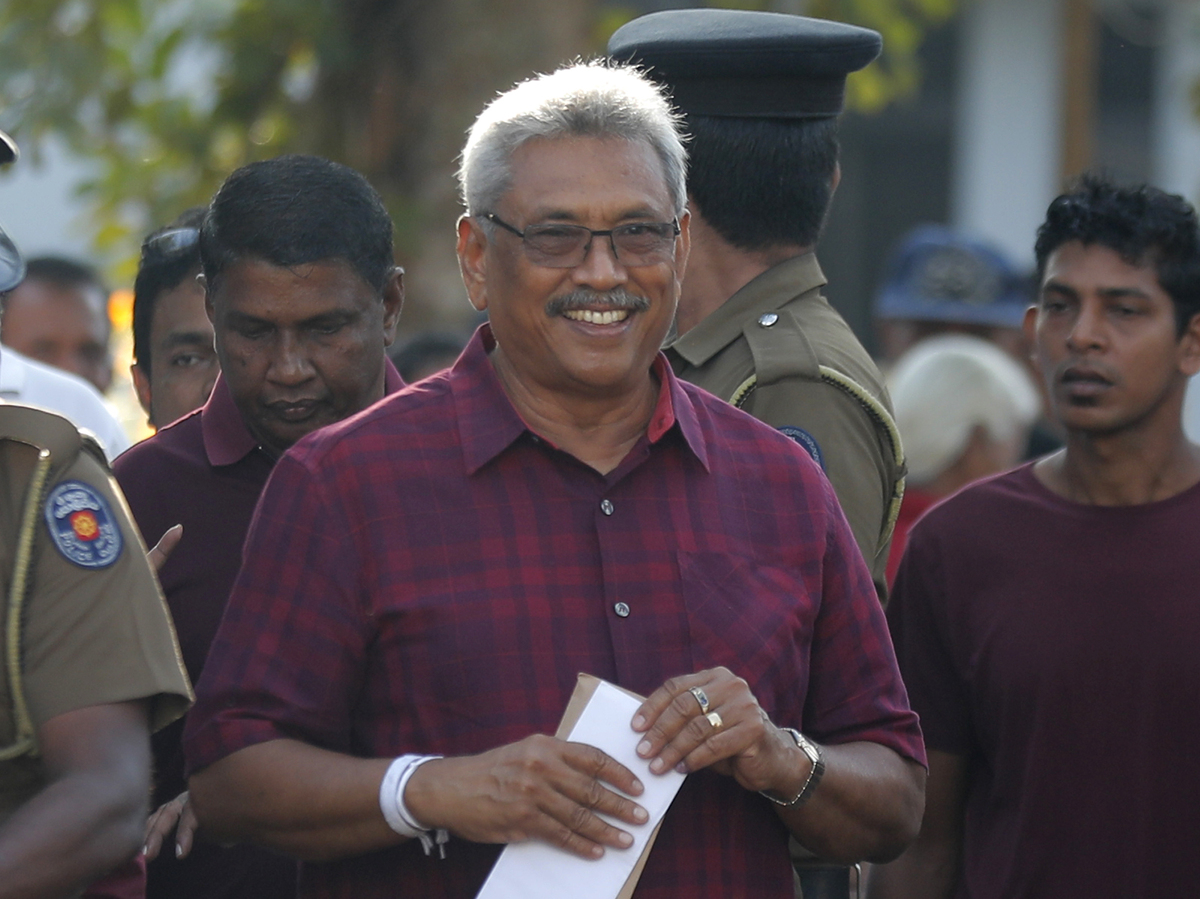 Sri Lanka's former Defense Secretary and presidential candidate Gotabaya Rajapaksa leaves a polling station after casting his vote in Embuldeniya, on the outskirts of Colombo, Sri Lanka on Saturday.

Rajapaksa, 70, led the Sri Lankan Armed Forces during the end of the country's decades-long civil war, while his older brother, Mahinda Rajapaksa, was president. The Sri Lankan Armed Forces defeated the Tamil Tigers, ending the violent conflict in 2009 — and were also accused of rape, torture and the abduction of thousands of people. Rajapaksa's win signals the return to power for the controversial family, hailed by many for ending the civil war, but also remembered for brutal acts against minorities and dissidents.

The former defense secretary won with more than 52% of the nearly 16 million possible votes, according to final results released Sunday by Sri Lanka's election commission. He defeated Premadasa by about 10 percentage points.

"As we usher in a new journey for Sri Lanka, we must remember that all Sri Lankans are part of this journey," Rajapaksa wrote on Twitter. "Let us rejoice peacefully, with dignity and discipline in the same manner in which we campaigned."

As we usher in a new journey for Sri Lanka, we must remember that all Sri Lankans are part of this journey. Let us rejoice peacefully, with dignity and discipline in the same manner in which we campaigned. pic.twitter.com/tXqLrdH3Qv

Rajapaksa campaigned heavily on a platform of national security, especially focused on the threat of Islamist terrorism after suicide bombers killed more than 250 people and injured hundreds more in the country on Easter Sunday this year. ISIS later claimed responsibility for the attacks, which threw the fragile sense of peace in the nation into a tailspin and caused an angry backlash against Muslims.

The president-elect faces several human rights lawsuits, stemming from his time as defense secretary, which threatened his run for presidency. When asked about the allegations against him last month by reporters in the capital, Colombo, Rajapaksa dismissed them with a laugh.

"You are talking all the time about the past. Ask [about] the future!" he said. "I am trying to become the president of the future Sri Lanka! We can move on."

But for many in Sri Lanka's ethnic minorities, moving on is not an option. Ahead of this weekend's election, NPR's Lauren Frayer talked to several Tamil mothers whose children are still missing after security forces led by Rajapaksa took them away before the end of the civil war more than a decade ago. Tens of thousands of people disappeared during the 26-year civil war, and more than 100,000 people died. No one has ever been held accountable for the extrajudicial killings, although many in the minority groups hold Rajapaksa responsible, and fear what Sri Lanka will become under his rule.

But, Frayer writes, the Buddhist majority in the country tends to see Rajapaksa in a completely different light:

"When Sri Lankans think of a leader who eradicates his enemies, many think — for better or worse — of Gotabaya Rajapaksa. To many of the country's Sinhala Buddhists, he's a war hero who led government forces to victory in the civil war. A Rajapaksa campaign video features scenes of Buddhist temples — and lots of soldiers with guns.

"The memories are still fresh of what happened during the period when he was defense secretary. There was a lot of impunity and disappearances," says Jehan Perera, executive director of Sri Lanka's nongovernmental National Peace Council, in Colombo. "But for many in the majority, security — and also pride in one's nation — trumps other matters."

"My appeal to the incoming president is that he take this process forward and strengthen and protect the democratic institutions and values that enabled his peaceful election," he wrote.