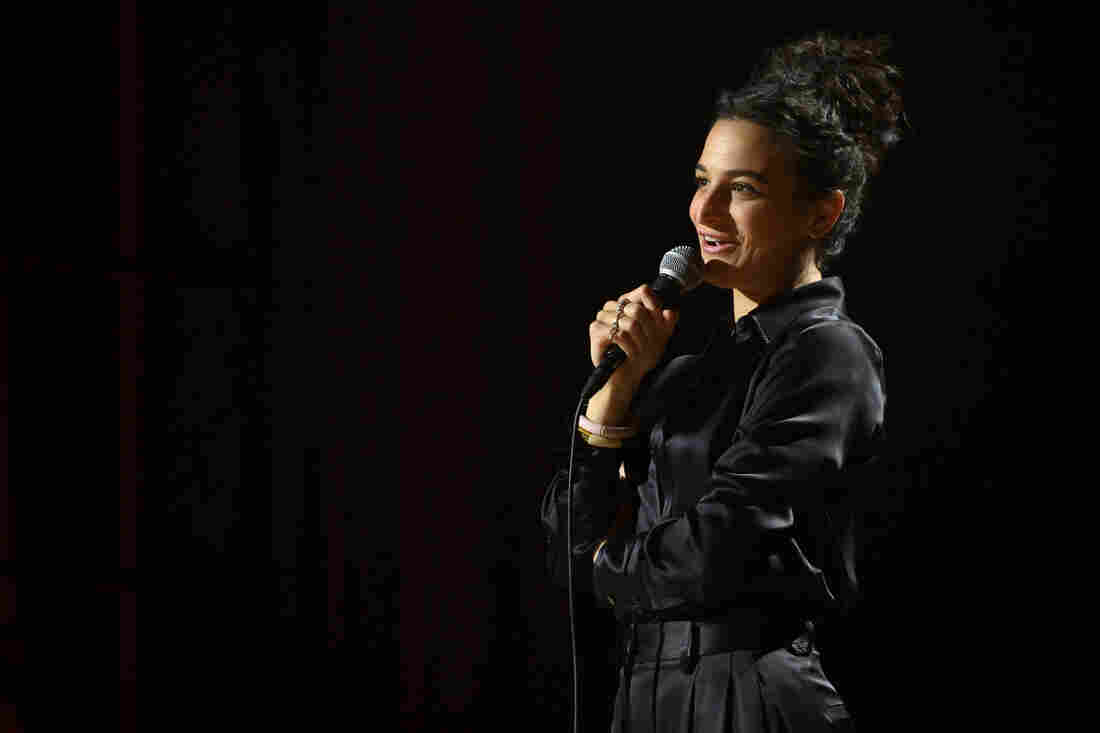 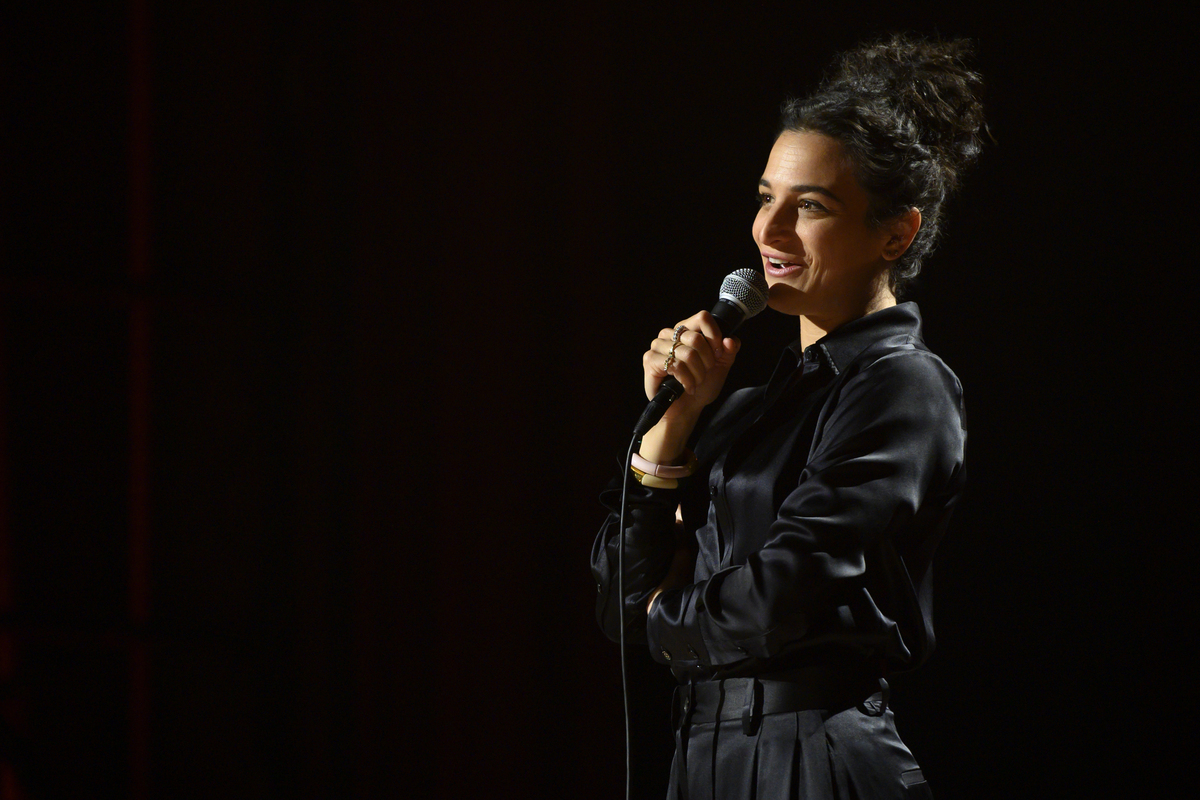 For comedian and actor Jenny Slate, the path to finding her own voice went through crushing failure (professional) and heartbreak (divorce).

She began her career in stand-up, was drafted to Saturday Night Live — and was fired. The path that followed was uncharted.

She starred in an indie comedy about abortion (Obvious Child), voiced a viral stop-motion animated character who is a gender non-conforming sea artifact (Marcel the Shell with Shoes On), and went onto a fair bit of voice acting (Zootopia, The Secret Life of Pets, Big Mouth). And she wrote. This fall, Slate has released her first TV comedy special for Netflix (Stage Fright) and a book of essays (Little Weirds).

On A Tiny Island, Comedian Delivers A Graduation Speech For One

Jenny Slate grew up around books, studied literature at Columbia University and her father is a poet. ("I read a lot of books before I decided to write one," she says.) Little Weirds is not a memoir or biography, but more like a series of observational stories, essays, and ruminations on the struggles of adulthood. In one of them, she compares herself to a croissant.

"I actually have always been an avid reader, but I guess I just felt like: Well, I'm an actress and I'm a comedian, so ... I'm not a writer, or something," Slate says. "I think I limited myself a bit."

For She's Funny, the All Things Considered series on women who have broken the rules in comedy, Slate and I sat down together on stage at Lisner Auditorium in Washington D.C. 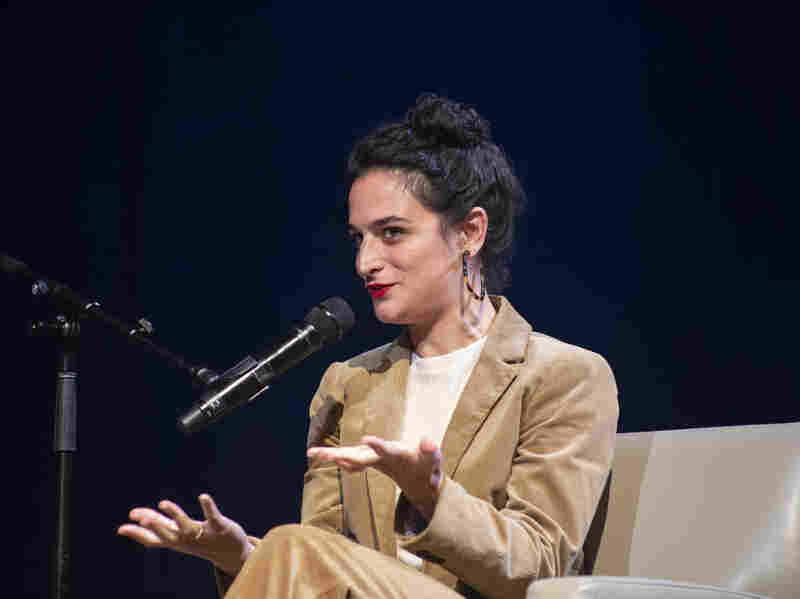 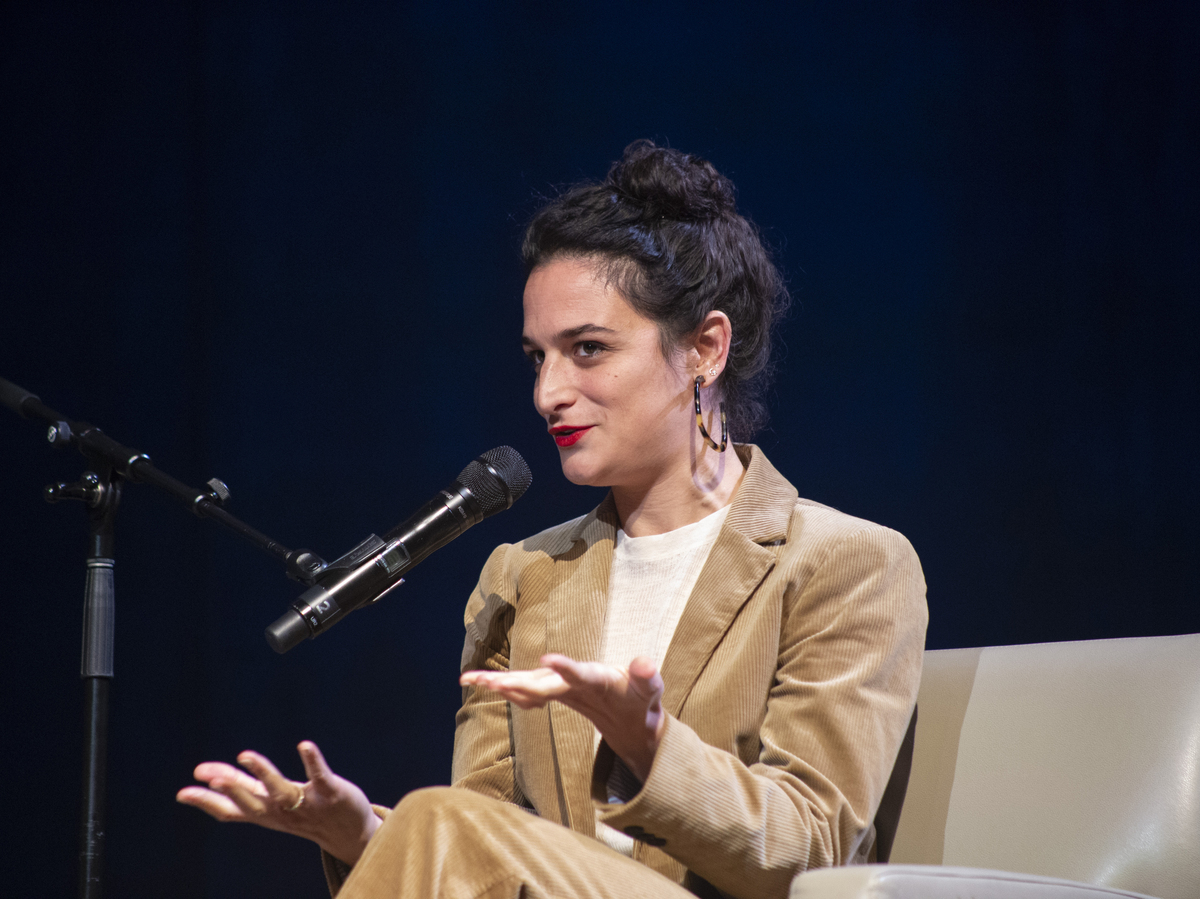 Jenny Slate spoke with Audie Cornish at the Lisner Auditorium in Washington, D.C.

On Gilda Radner, her first role model in comedy

[I] couldn't pay attention in school. I think that I felt for a while like I wasn't smart because I couldn't listen traditionally and people were mad at me for it. And my dad brought in these tapes of Gilda Radner, and it was sort of like, "No no no, you're just — you're like this." Which is, first of all, a great honor. ... It was a huge honor, and then it was just like: How can I get there?" ...

There's a sketch that Gilda does where — I think it's called "The Judy Miller Show" — she's a little Girl Scout, she's a Brownie, and she's jumping up and down on her bed in her room, and just playing. She's playing. That's what this whole sketch is. And she freaks out — this woman, alone, they gave her the whole stage — she just freaks out for, like, seven minutes. And she's exhausted, and she's out of breath, and it's like a silly, silly, sloppy ballet. And I remember seeing that thinking like, "Oh, I don't want to be a ballerina. I want to be a funny thing like this."

On the atmosphere at Saturday Night Live

I didn't like that there was a culture of fear and intimidation. Whether or not you're going to be directly sexist and give all the parts to the men or whatever, or whether there's going to be what I actually think is a much more confusing culture of misogyny that encourages fear and shame. That's what was going on there. That's a culture that is encouraged by the people that run the show. ... I think that feeling dressed-down, feeling shamed, feeling like you shouldn't have tried: those are all pressures that are encouraged in a misogynist environment, where there's not an openness, there's not a sense that power can present in a way that represents plurality — that there are many, many different ways to access power, and different people can hold it.

On being fired from SNL

First, I just felt really, really embarrassed and terrible. ... Hardly anyone gets kicked out of a cult, because I guess they want you to stay. Like, they're never like, "You're bad — leave." They're like, "You're bad, get in the bad closet. You have to make the salad dressing for everybody for three weeks!" But suddenly I just couldn't imagine anything worse than getting fired. And then I just thought: I have to keep going. And no one can ever take away the dream.

And nothing will ever dim the lights of that experience, which was like: getting the job, leaving 30 Rock, calling my parents and saying "I am going to be on Saturday Night Live"? That is what it is. It's such a beautiful achievement. And it's real and I did it. But it's also the same as thinking you really met your soulmate, and going on the fourth date, and being like, "Did they just say 'li-bary'"? ... Get over it, it's not a match. ...

But what had also happened at the time, and what always happens, is that: Until I eventually croak, I will not die. I truly will not lie down. And you can be kicked out of a place; I definitely believe that. But I also believe the opportunity to find self-love and creative fulfillment is not a hallway with one door guarded by a super-old man. Actually, it's spherical, and you just have to hold it between your legs. Just look down, find your opportunity.

On "Marcel the Shell with Shoes On"

First of all, it allowed me to be sweet and melancholy at once – and to understand one of the things that is essential in my belief as a performer, which is that sorrow is not the same as pessimism, and that you can feel sadness and still be an optimist and not be worried that that's being wrung out. ... And also, doing Marcel, for me, was like, "No, I can still be really strong at comedy, but I don't really want to compromise on sweetness." Like, I just don't think it's for wimps. I actually think it's for the strong.

On if she's found her voice in comedy 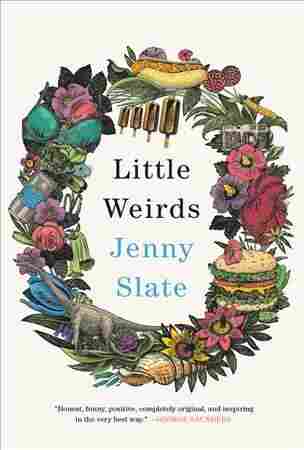 Yes, I do feel like that. I do. ... I really feel that something that started with "Marcel the Shell," which was drawing close sweetness, and understanding that smallness doesn't necessarily mean that you suffer from essential diminishment. Starting to gather things that can be held at once was really important. But then writing this book — first, I meant to write something else, and then I started to write things to soothe myself, and I started to like to read my reading to myself. And I just — you know, especially on the Internet, there's so much snark and posturing and posturing at joy and fabricated joy or people taking pictures of themselves in mid-laugh and stuff and really putting that there like, "I'm just happiness in action, there's nothing else going on for me! I promise! No stress!" I was reacting to that a little bit, to just feeling like I want to tell the truth. And the truth about me is not that I'm really volatile and I'm unstable, but that I'm really vibrant, and the color of my sorrow is just as bright as the stripes of my delight.

And I started to really find words that I loved, and now they won't go away. And I also noticed that in writing, I really enjoyed the odd pairing that occurs when you are trying to employ alliteration. And that my writing — at least to me without being juvenile — had all the tricks of a limerick, without being, like, "stupid little so-and-so fell into a shoe" or whatever ... I guess there is [poetry in my writing]. I didn't do it on purpose, but I think there is.

Christina Cala, Bilal Qureshi, Joanna Pawlowska and Emily Kopp produced and edited this interview for broadcast. Patrick Jarenwattananon adapted it for the Web.