Accessibility links
Frank Sinatra's 'My Way' Is America's Anthem Of Self-Determination Made famous by Frank Sinatra — who grew to hate it — "My Way" represents the quintessentially American outlook that nothing in life matters more than living on your own terms. 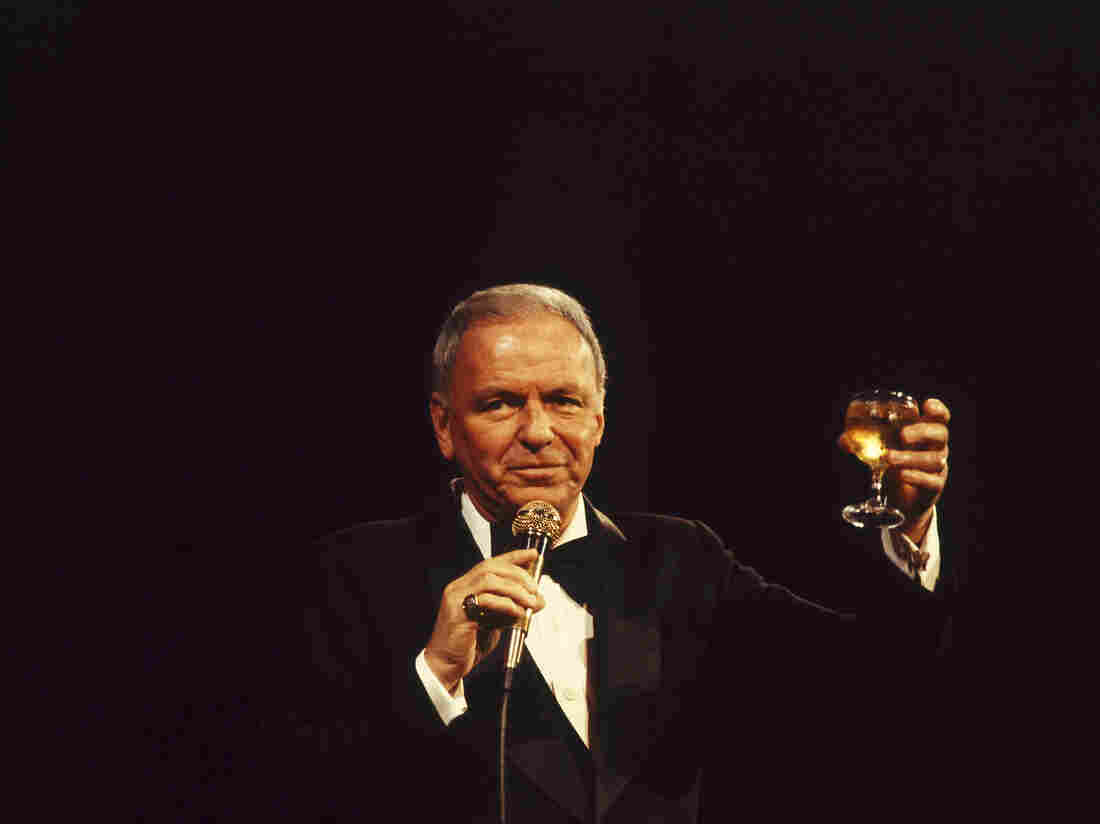 Frank Sinatra onstage in the 1970s. Though the star was ambivalent at best about the song's message, "My Way" became emblematic of this era of his career. David Redfern/Redferns/Getty Images hide caption 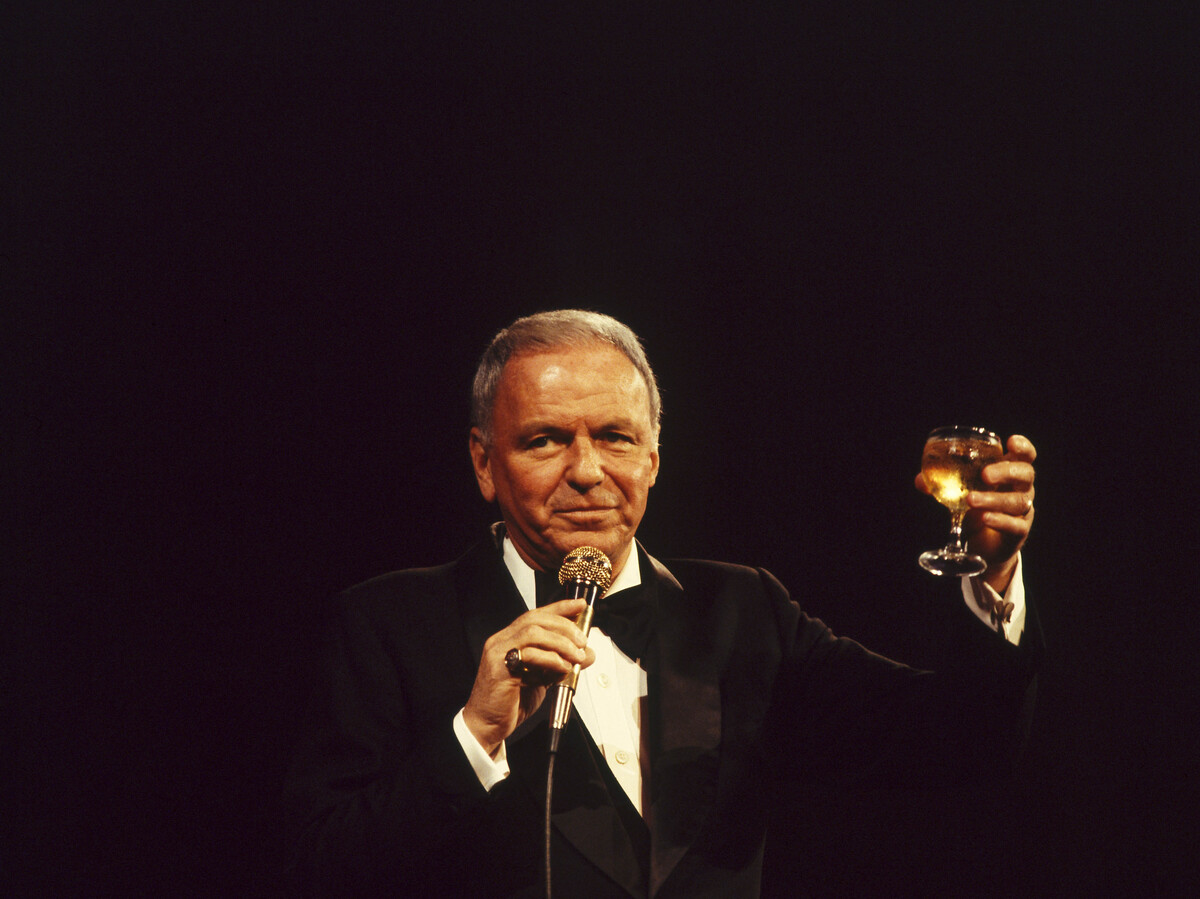 Frank Sinatra onstage in the 1970s. Though the star was ambivalent at best about the song's message, "My Way" became emblematic of this era of his career.

It's hard to imagine two occasions more different than the inaugural ball for President Trump and the funeral for murdered rapper Nipsey Hussle, but they have at least one thing in common: The same song played at both. It's a song that has come to represent a particular idea of American individualism, and in some ways feels even more relevant today than when it was recorded in 1968 by Frank Sinatra.

Released the following year, "My Way" was an unusual song for Sinatra. It's not a love song about a girl, a boy or even a city — it's about me, me, me. Among his fans, it is a subject of controversy: Will Friedwald, author of the book Sinatra! The Song Is You: A Singer's Art, told me it "would certainly be not on the Top 10 list of anybody who I'd consider a real major Sinatra fan." So how and why did Frank Sinatra come to sing this song? It turns out that when is even more important.

Like others in his generation, by the late 1960s, Sinatra was feeling the culture slip past him. His ring-a-ding-ding Rat Pack years had wound down, as rock and roll became America's dominant music. He was sometimes in the news for the wrong reasons — like when his partnership with the Sands Hotel and Casino in Las Vegas reportedly ended in a physical altercation. His output during that era does include some of his greatest vocal achievements, such as the masterpiece album Strangers in the Night — but hits were unpredictable, and the future of his career seemed far from certain. Enter Paul Anka.

Anka was a one-time teen idol, a peer of Frankie Valli & The Four Seasons, who had grown up in the shadow of singers like Sinatra. On a visit to France, Anka came across a torch song called "Comme d'habitude," performed and co-written by the French pop singer Claude François, that caught his ear. He decided to buy the rights to the song and keep its music, but rewrite the lyrics with his hero in mind. Conductor Don Costa completed the equation, arranging "My Way" for a full orchestra with a big, lush sound.

Jason King, a professor at NYU's Clive Davis Institute of Recorded Music, says that in writing "My Way," Anka used Sinatra as a totem for a certain kind of American bravado.

"You could read 'My Way' as a kind of metaphor for the World War II generation that Frank Sinatra represented," he says, "looking back at 20th century history in this kind of cosmic defiance." King says that essentially, Anka wrote a song not for Francis Albert Sinatra the man, but Frank Sinatra the character, who could stand as a kind of cultural figurehead. "Saying, 'Look, I did it the way I wanted to do it, and I did it right. I'm looking back at all this history, and I'm OK with it.' "

Sinatra's youngest daughter, Tina, remembers very clearly the first time she heard her father perform "My Way": "You could feel the energy, electricity, in the room. That song became his that first night," she told NPR at her Beverly Hills home. "I think it was a song waiting for him to happen."

At the time "My Way" was made, Tina was returning from school in Europe for the holidays, and had begun to get involved in politics and the women's movement. She and her dad were moving in different directions personally and politically — and while she loves his performance of the song, she's always been so-so on the lyrics, which she says offer an extremely male perspective on the world.

"Women are going to ask for respect. I don't know that they're going to want to talk about regrets, they've had a few — do you know what I mean? Maybe because men make more mistakes, and they have more to regret," she jokes, adding that if you're looking for a woman's anthem, try "These Boots Are Made for Walkin' " by her big sister Nancy. But she doesn't dispute the song's anthemic status.

"An anthem is something that everybody, I think, responds to," she says. "And the only difference with dad and 'My Way' is you don't have to stand up."

Tell 'Em Where You're From: The Regional Anthems That Move Us

Tina Sinatra wasn't the only one who liked the sound of "My Way" but was turned off by its chest-thumping: One of the song's biggest critics was Frank Sinatra himself. Introducing it in 1984 at a concert at Carnegie Hall, he told the audience, "We have a song we haven't done in a long time, and we're gonna drop it in here now. I think we did it for about 10 years, and it got to be a real pain you-know-where."

"It is this song that really inflates him, and inflates his persona, to stadium-sized proportions," Will Friedwald explains. "Whereas Sinatra's trademark, his patented approach, the thing that people liked most about Sinatra before 'My Way,' was the intimacy: the idea that this is a guy who has experienced life and love the same way that we have." He points out that as a musician, Sinatra tended to be humble, always sharing credit with his writers and orchestrators.

Regardless of how Sinatra felt about it personally, the song became a phenomenon culturally. Though never a Top 10 hit, it stayed on the charts for years, was covered by artists as disparate as Elvis Presley and the Sex Pistols' Sid Vicious, and was named the most-played song at funerals in a poll of funeral directors. The more it shook off its mid-century moorings, the more it came to resonate with people its creators could never have imagined.

"I think Jay-Z would be the classic example, because he has a song called 'I Did It My Way,' which samples the Paul Anka version," offers Jason King. "And in the lyric, Jay-Z actually likens himself to Frank Sinatra."

King says that in a hip-hop context, it's possible to read "My Way" as more of a blueprint for fine living, a mantra for how "to do it your way and don't let anybody else tell you how to live. And that's a metaphor in some ways for hip-hop's own kind of defiance, its own singularity, its own uniqueness."

Ayana Contreras, a Chicago cultural historian and radio producer, agrees that the influence of the song now reaches far beyond its original context. You know that guy who picks up a microphone in a karaoke bar and belts out "My Way" completely irony-free? Whether he's a stockbroker or a construction worker, Contreras says that he's projecting an image of his idealized self.

"I think it really goes back to the aspirational nature of what Frank Sinatra represented for people. ... It was like this fabulosity on a level that we can only hope to achieve: 'I did it the way I wanted to do it. I made it. And here I am,' " she says. "Which is, at its very root, not just aspirational, but a self-determination anthem."

Self-determination — or, in other words, "I did what I had to do / And saw it through, without exemption." What sentiment could be more American than that?

This story was produced for broadcast by Walter Ray Watson. Daoud Tyler-Ameen adapted it for the Web.