Accessibility links
U.S. And Australian Hostages Freed By Taliban American Kevin King and Australian Timothy Weeks were abducted in 2016 from Kabul, where they taught at the American University. Three Taliban commanders held by the Afghan government were also freed.

Taliban Release American And Australian Hostages In Exchange For 3 Militants

Taliban Release American And Australian Hostages In Exchange For 3 Militants 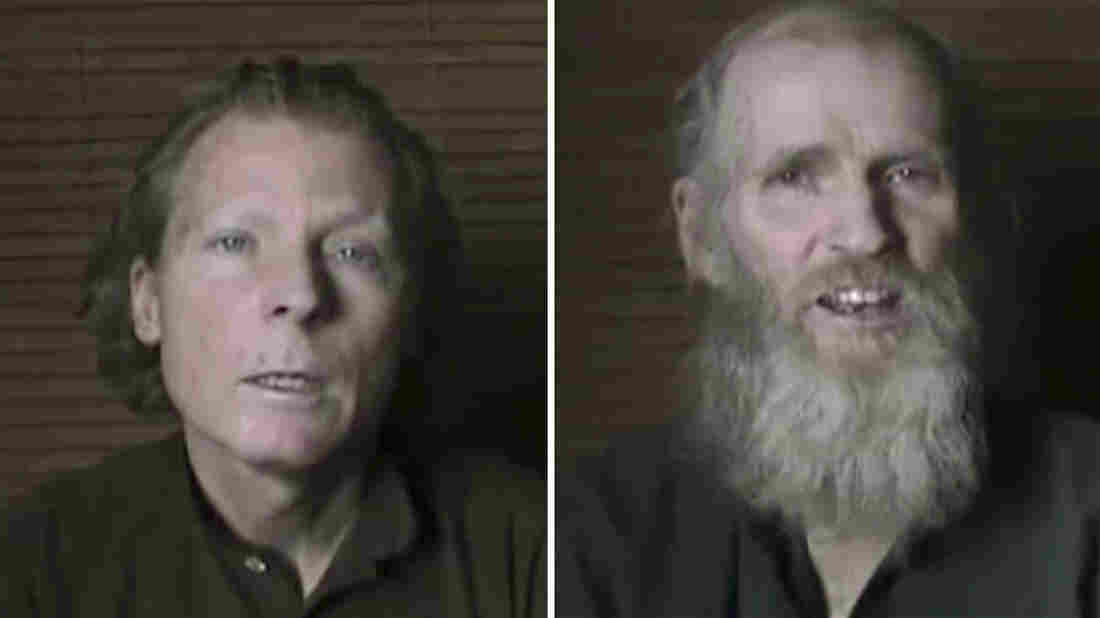 Australian Timothy Weeks, (left), and American Kevin King were abducted by insurgents in Kabul in August 2016. They are seen here in video stills released by the Taliban in June 2017. EL-EMARA Taliban via AP hide caption 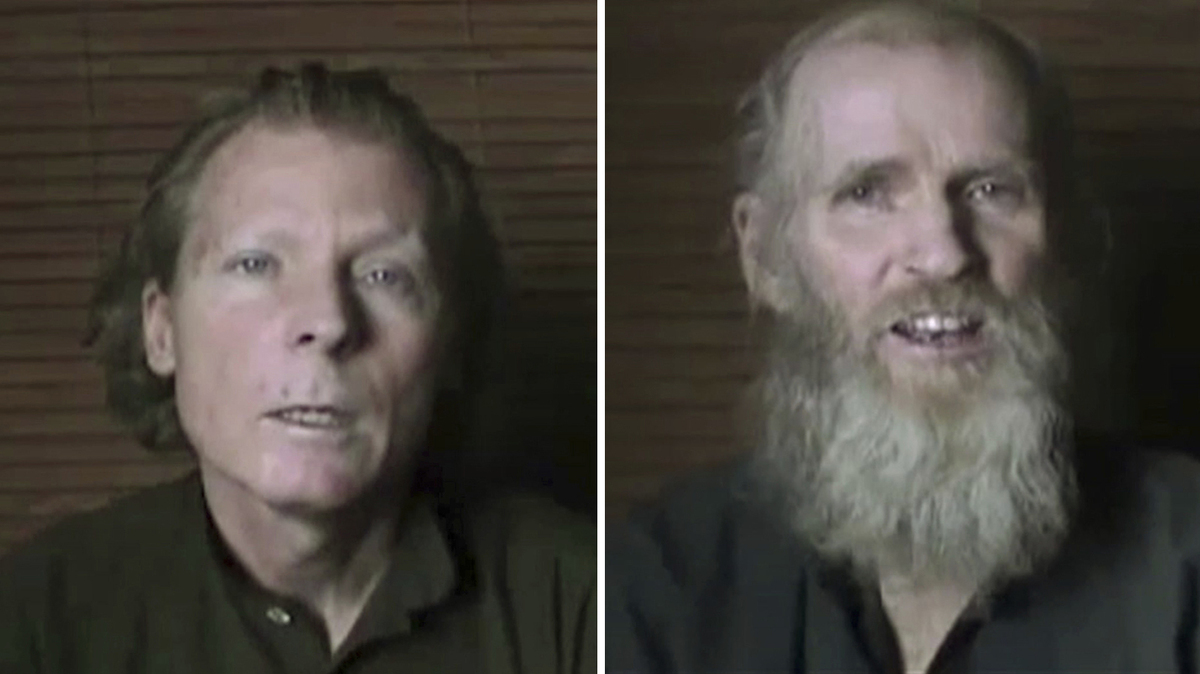 Australian Timothy Weeks, (left), and American Kevin King were abducted by insurgents in Kabul in August 2016. They are seen here in video stills released by the Taliban in June 2017.

Two western hostages held for more than three years by Taliban forces in Afghanistan were freed today in southeastern Zabul province in exchange for three Taliban commanders held by the Kabul government, an Afghan official tells NPR's Diaa Hadid. The official requested anonymity because he is not authorized to speak to the news media.

The Taliban has issued a statement saying they released 10 Afghan soldiers along with the two hostages. The group called the prisoner exchange "a step forward in good-will and confidence building measures" that could help the peace process.

Kevin King, an American, and Timothy Weeks, an Australian, were abducted at gunpoint from a car in 2016 just outside the walls of the American University of Afghanistan, in Kabul. Both worked as teachers at the university.

In an address broadcast on state television, Ghani said he had granted the "conditional release" of three members of the Haqqani network, which is linked to the Taliban.

"We have decided to release these three Taliban prisoners who were arrested outside of Afghanistan," Ghani said, in order "to facilitate direct peace negotiations," The Associated Press reported.

The Taliban figures that were released are Anas Haqqani, Haji Mali Khan and Hafiz Rashid.

Anas Haqqani is the younger brother of the Taliban's deputy leader. He is also the son of the founder of the Haqqani Network, a Sunni Islamist militant organization that's responsible for some of the highest-profile attacks in the Afghan war, including assaults on the Kabul Intercontinental Hotel and the Indian Embassy in Kabul.

He has been in Afghan custody since 2014, when he was arrested in Bahrain, the AP reports.

A Taliban official said the three prisoners were flown to Qatar Tuesday, where the Taliban maintains a political office. The release of King and Weeks was apparently held up until the Taliban confirmed its prisoners had been turned over to its representatives in Qatar.

"Today, the United States welcomes the release of Professors Kevin King and Timothy Weeks," Secretary of State Mike Pompeo said in a statement hours after the release. "Both men were successfully recovered this morning, are in the care of the U.S. military, and will soon be reunited with their loved ones."

While saying that the U.S. "condemns the taking of innocent civilians as hostages," Pompeo also added that the U.S. "welcomes" the Taliban's goodwill gesture.

The American University of Afghanistan said in a statement last week that it was "encouraged to hear reports of the possible release of our two colleagues .... While AUAF is not part of these discussions, we continue to urge the immediate and safe return of our faculty members who have been held in captivity, away from their friends and families, for more than three years."

"This is the latest in a series of courageous steps that President Ghani and the Afghan government have taken to respond to the Afghan people's overwhelming desire for peace," Bass told TOLOnews.

The Taliban released two videos of the hostages in 2017, including one that showed the captives looking sickly, though they appeared healthier in the later video, the AP reports.

A separate attack by the Taliban on the American University in 2016 killed at least seven students and six guards.

President Trump has made a priority of getting American hostages released, and has secured the freedom of about 10 hostages held abroad.