Accessibility links
In The 2010s, Music Fans Asserted Their Power, But The Industry Caught On Music fans would seem to have gained a lot of power over the past decade. Their online fury has silenced those who would dare to criticize their faves. But the music industry has caught on. 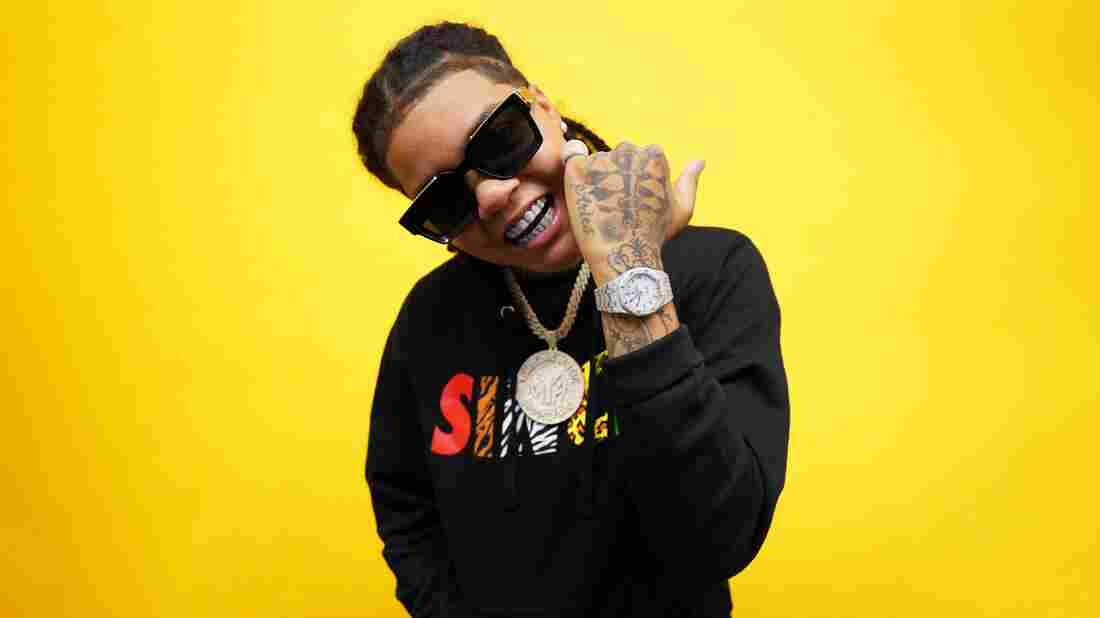 Young M.A relies on her fans to support her independent career, but the power dynamic often leaves her in the lurch. Noah Friedman/Courtesy of the artist hide caption 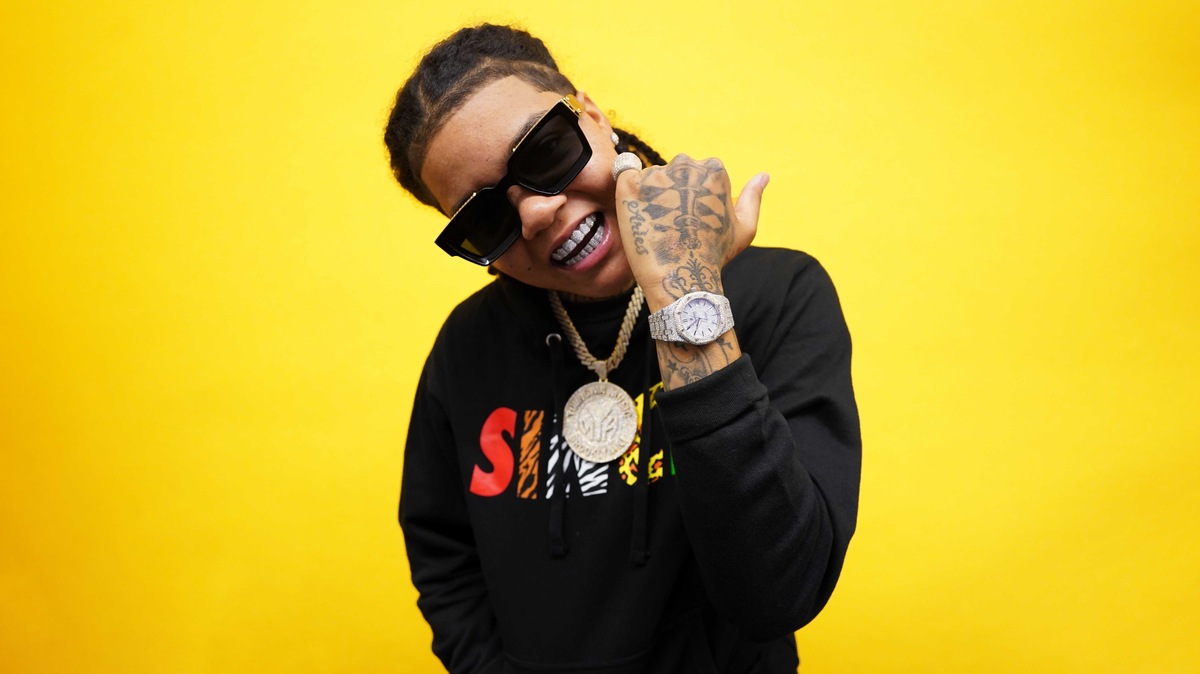 Young M.A relies on her fans to support her independent career, but the power dynamic often leaves her in the lurch.

Noah Friedman/Courtesy of the artist

In the past 10 years, the internet has allowed musicians to sidestep many of the traditional gatekeepers of their industry. Today, if you can build a fanbase, the money will find you. From some angles, it would appear that social media and streaming services have also empowered fans, who now expect easy access to songs and the people who make them. But what does all this kingslaying really mean?

Over the last decade, talking heads decided that music fans are scary. There was that time the ladies of The View got worried: "People take their Beyoncé very seriously. I'm afraid to mention her name!" Complex cited Rihanna's fanbase — known as the Navy — taking up for the singer after a Kardashian copycat claim: "While Rihanna didn't respond herself, her Navy definitely carried the load and went off on social media." And at one point Billboard got in hot water with fans of K-pop group BTS, requiring Tetris Kelly to walk back a joke claiming "the BTS Army will attack you if you even look at their boys the wrong way!"

Fans run amok are nothing new — never forget Lisztomania in the 1840s — but their biggest danger these days might be to the objects of their devotion. Putting somebody on a pedestal maroons them there.

At the start of this past decade, Young M.A was a teenager just trying to will herself onstage. "I was scared to perform in front of a crowd," the rapper born Katorah Marrero says. "What if I don't do good?" she wondered. "What if they don't like me?"

By the middle of the decade, after two well-regarded and tonally wide-ranging mixtapes, M.A. put out "OOOUUU." The song that lit up her city — New York — and then the whole country.

"Fame is a little difficult," says the rapper, whose debut album, Herstory in the Making, came out in September. Though her song blanketing radio and streaming playlists was like a confirmation for M.A., it also quickly put her in a weird position. "I never want too much fame because, when I did get it, I didn't really like the taste of it too much," she says. "It was a little overwhelming, mentally."

Partly because of her ambivalence, M.A. has turned down major label offers, which means the task and the investment of building a team of loyal supporters falls to her. She says the people who listen to her music are in her head when she's writing it.

"When you're an artist, you do think about those things," she says. "I don't think nobody can ever say they don't." At the end of the day, the fans are the people who are buying the music and engaging with it online. "So you do want to satisfy them. But sometimes it could also be a curse. ... At times, you find yourself either repeating yourself or repeating something, just not sounding as authentic as you can sound."

At the close of the 2010s, musicians are acutely aware of their fans. And while commercially viable art has always walked a tightrope between fan service and invention, the industry — after the prior decade in which file-sharing decimated profits — is listening. Closely.

"There's whole floors of people who are looking at analytics and algorithms and things of that sort, at this point in the industry, because how else could we make money?" Corey Smyth, an industry professional who's been managing musicians since the 1990s, says. "Data's so real now. I think people are living so much in the abstract of it that they're not recognizing that there is so much data that goes into everything that's being pushed towards them."

For most of this decade, Smyth, who owns Blacksmith Recordings, has been managing the career of Vince Staples, a rapper who mines the twisted dynamics between fans, artists and the business and flips them into songs that people love. But Staples does still have the odd armchair critic.

Staples had already released two critically acclaimed and high-performing albums and established himself as the most astute man in music when, in the spring of 2018, he and his label thought it would be fun to call those critics' bluff with a GoFundMe campaign. It proposed that his nitpicking followers fund his retirement and launched with a video.

"You could decide to donate to the cause of $2 million, which will allow me to shut the f*** up forever," Staples says in the video. "If not, you can choose to let me do what the f*** I want to do, when I want to do it."

The GoFundMe stunt failed financially, but it succeeded in priming his fans for Staples' next song, "Get The F*** Off My D***." In it, he name checks the very network whose website you're reading right now, in the same breath as a rap magazine best known for making bets on young talent, rapping, "NPR and XXL, man, I can't tell which is which."

In Promising To Go Away, Vince Staples Reveals Another Strong Play To Stay

According to Staples' manager Smyth, both the artist and his team got tired of doing "interviews where it was not really about anything substantive, it was more about 'What can I get him to say that's wild? Or disruptive?' "

As far as the media was concerned, the GoFundMe video was a good story, which had the effect of spreading the word about Staples' new song. The song was his story, a meta-narrative about his media coverage. Everybody at home ate up both, reveling in the camaraderie.

"People are so in tune into like, 'What's going on?'" she says. "Like, 'What's the topic today?' Like now is the trending topic era: 'Let me go on my newsfeed and see what's that.' "

And it's not just a feeling. The scientific term for what she points out is called social influence bias, according to author Tom Vanderbilt. "We get a lot of our cues from what we see others doing," he says.

Vanderbilt wrote a book called You May Also Like: Taste in an Age of Endless Choice. It's a survey of the research that's been done into the mechanisms, both biological and societal, that influence what we like.

"Just the idea that you're exposed to something again and again actually increases the probability of your liking it, whether that's food or music or a television program," he explains.

Some would argue that what's on top is winning, fair and square. Young M.A doesn't think so.

"Nine times out of 10, even the music you hear on the radio, you can never care for, but if you hear it so much, you think you like it," she says. "Now it's to the point where, do we even know what we like now? Or is it just put in our heads?"

As music consumers, we're assigned a particular taste demographic. And then we're targeted as a probable fan. But when the algorithmic match-making fails, we feel like we did something wrong.

"That's a whole different pressure in modern society," Vanderbilt says, "which is something seems like it's perfect for you, except you actually don't like it. So you feel sort of a — 'guilty displeasure' is the term that's been used, which I like." When that happens to him, he says, "I don't want to talk about with anyone. I just kind of keep quiet."

It might be uncomfortable, and we might not have the language or the discourse to talk about the subtleties of our preferences, but when the machine fails, we're reminded of our agency.

"Maybe that is the great moment where our personal taste does triumph," Vanderbilt says, "when we can, within ourselves, make our own decision about our own aesthetics that are kind of a rebellion against the conformist pressure that we're feeling."

Over his 30 years in the business, Corey Smyth, who's worked with acts from De La Soul to Dave Chappelle, has watched emphatically original people become massively popular. He says trusting in his own taste has served him well, regardless of what everybody else thinks.

"There's a core group of people, and then there's the people who gather around that core and just say, 'Oh, they're having fun. Then I'm gonna have fun with this too,'" he says. "You know, they're the passive ones. There are more passive individuals than there are [individuals in] the core. So I don't know if it's a democracy, you know? I really don't know, because I think there are more followers than there is this thing."

We might not be citizens of a true taste republic. We might be buried in options — Vanderbilt reports that "search fright" and "search exhaustion" are phenomena that streaming services have clocked and solved for. And the mob does loom large in our imagination, not least within the persistent belief that the various armies and navies and hives are the ones who've circumscribed the public discourse.

But the entire entertainment and information industries are trying to replicate the single most powerful recommendation engine there is: word of mouth, heretofore owned by just people who listen to music. That's you.

And in our age of casual surveillance, while we all watch each other enact our taste, whether that's via merch or hashtags or hitting a show, we have this opportunity: Every time do our own thing, without any extra effort, we strengthen the will of a total stranger to do the same.

The power is right there, if we want it.