Accessibility links
Julian Assange Rape Accusation Update: Swedish Prosecutor Ends Investigation Despite her decision, Swedish prosecutor Eva-Marie Persson said on Tuesday, "I would like to emphasize that the injured party has submitted a credible and reliable version of events." 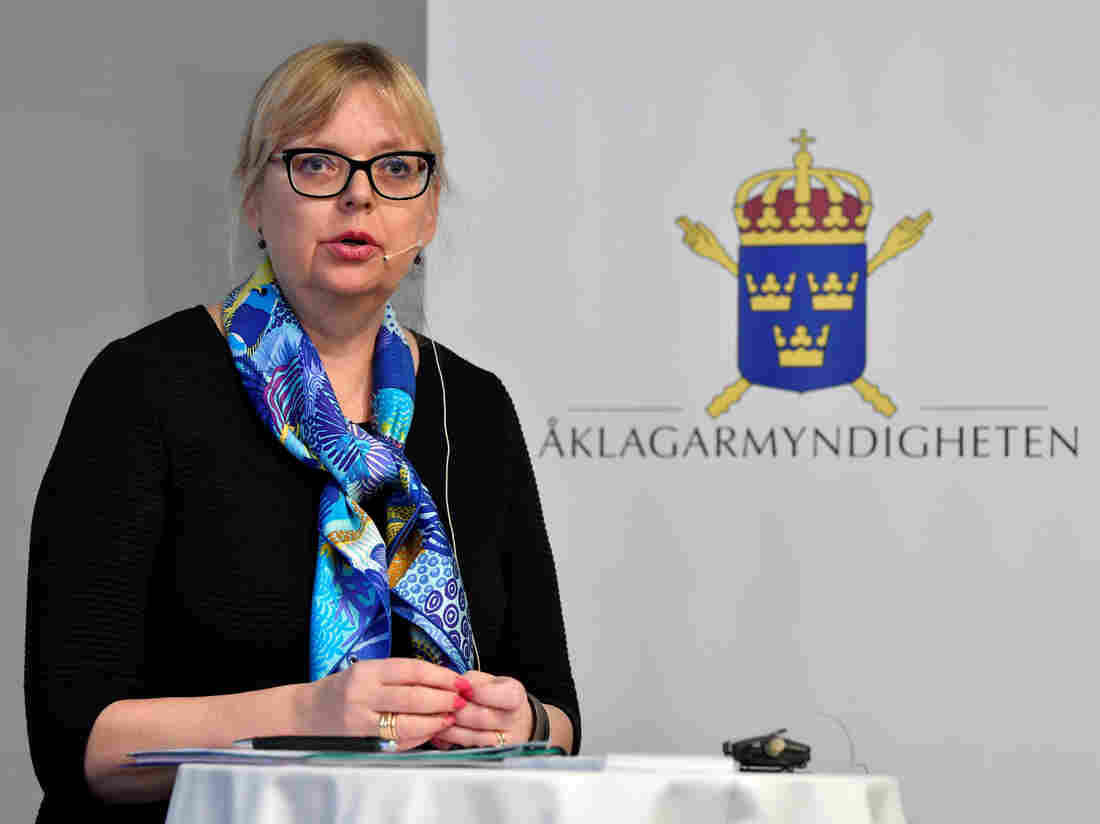 Deputy Director of Public Prosecution Eva-Marie Persson says "the evidential situation has been weakened to such an extent" that the inquiry into Julian Assange shouldn't continue. Jessica Gow /TT News Agency/Reuters hide caption 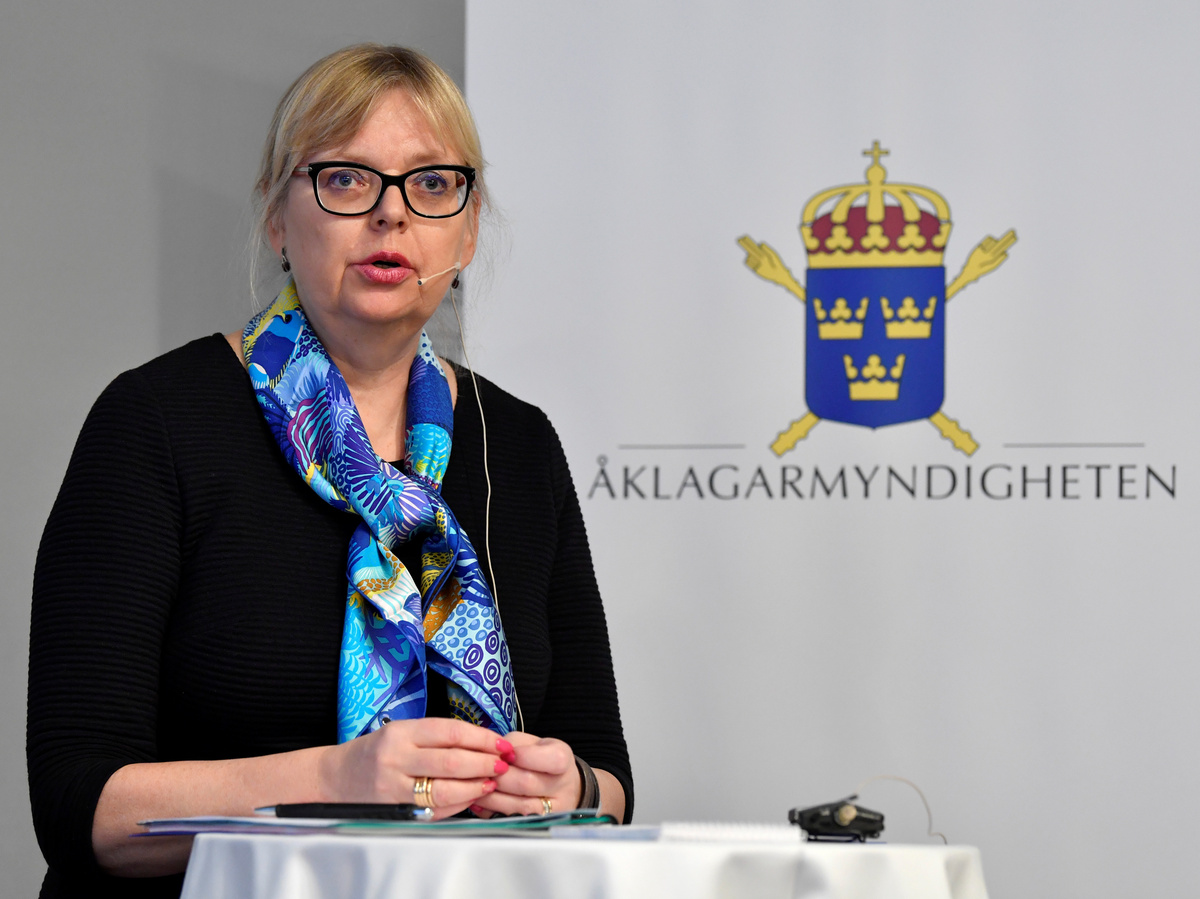 Deputy Director of Public Prosecution Eva-Marie Persson says "the evidential situation has been weakened to such an extent" that the inquiry into Julian Assange shouldn't continue.

Despite her decision, Persson said in a news conference in Stockholm on Tuesday that she found the account of the alleged victim to be credible.

"I would like to emphasize that the injured party has submitted a credible and reliable version of events. Her statements have been coherent, extensive and detailed," Persson said. She added, "However, my overall assessment is that the evidential situation has been weakened to such an extent that there is no longer any reason to continue the investigation."

The Swedish inquiry's initial phase extended from 2010 to 2017. Persson said the long delay played a role in her decision, noting the difficulty of extracting reliable accounts from witnesses after such a long delay — particularly in a high-profile case that has been widely covered by the media.

"In cases involving a sexual offence, the oral evidence is often of crucial importance," she said.

Assange has repeatedly denied the allegations against him, and he had pledged to continue to fight this case — even though some legal experts have recently said it was possible a Swedish extradition request could complicate U.S. efforts to extradite Assange to answer a number of charges, including conspiring to hack government computer networks.

Assange is being held in a British prison as his lawyers fight U.S. attempts to extradite him.

The Swedish inquiry had previously stalled in 2017, when prosecutors concluded that the U.K. wouldn't be able to deliver Assange to authorities in Sweden for questioning — something the two countries had agreed to do in 2012. In the summer of 2012, Assange took refuge in the Ecuadorian Embassy in London. He didn't emerge until April of this year, triggering the resumption of the inquiry in Sweden.

Prosecutors' push for formal charges against Assange were dealt a setback in June, when a Swedish court denied their request to have Assange detained in absentia — a step that would have moved him closer to a potential extradition to Sweden.