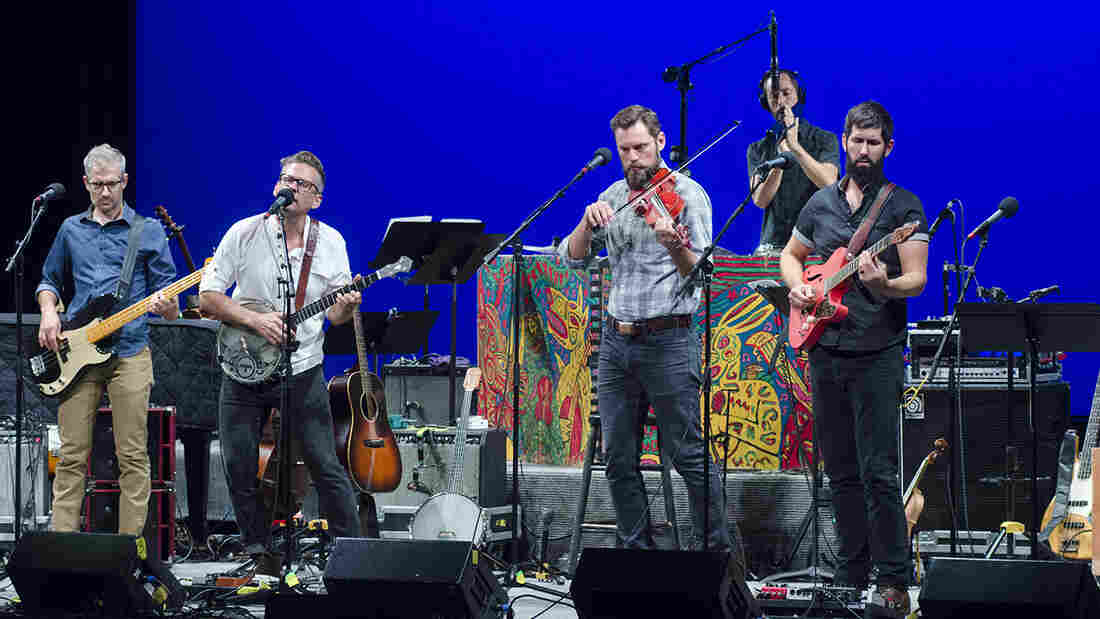 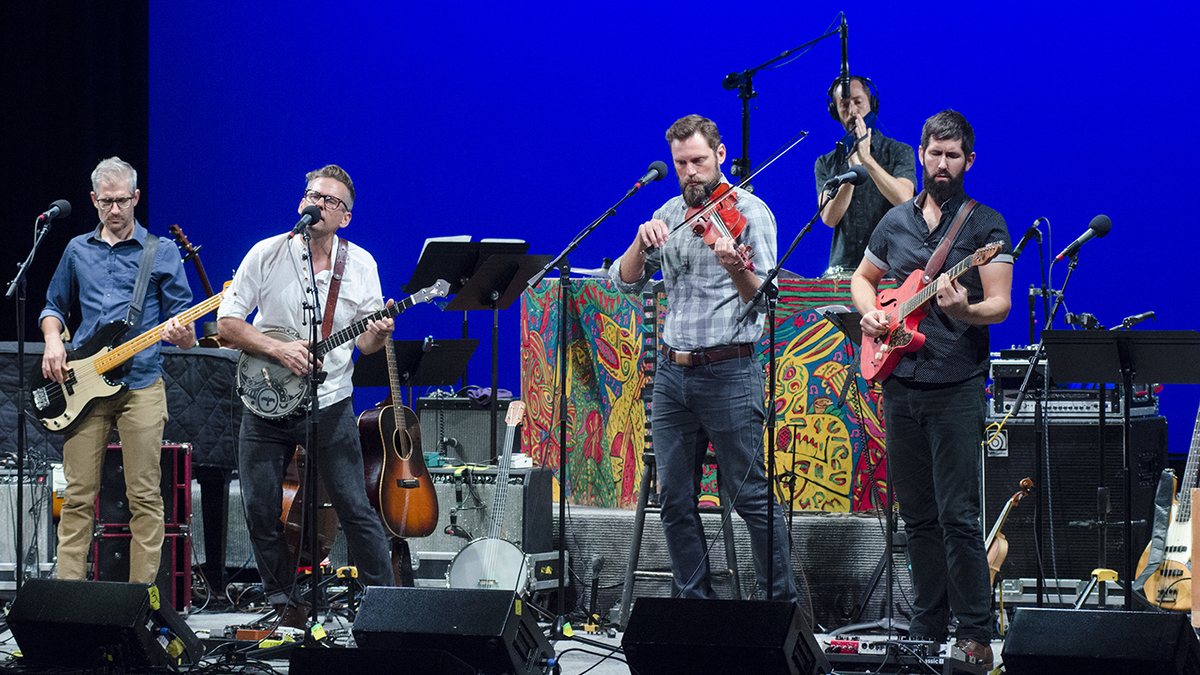 The Steel Wheels, hailing out of Virginia's Blue Ridge Mountains, are a progressive string band widely praised for their four-part harmonies over fresh, modern tones made on traditional acoustic instruments. Mountain Stage host Larry Groce introduced the band, saying that the musicians' "four-part harmonies were the thing that arrested our attention immediately." Never resting in one creative place too long, the band's audible evolution continues with the addition of percussionist Kevin Garcia, who joined the band in 2017.

On The Steel Wheels' fourth appearance on Mountain Stage since 2011, the band showcases its continued roots exploration with six new songs from its seventh album, Over The Trees, recorded in the woods of Maine with producer Sam Kassirer (Lake Street Dive, Josh Ritter). The band's members faced their own personal challenges in the last year, leading them to call the album "an ode to the community that rises to support those in need."

The album of songs about surviving tragedy is dedicated to fiddle player Eric Brubaker's 10-year-old daughter, Norah, who died after a sudden illness in 2019.

They open with The Band-inspired tune "Time to Rest," which lead vocalist Trent Wagner wrote with Sarah Siskind, before the band dives into the mystic on "Something New," a Wagler/Kassirer composition that begins with a wave of tremolo guitar and rain stick percussion. It washes into fretless banjo and hushed voices that ask "What do we want? / Something new, something new, something new."

A set highlight is "Falling," which features lush fiddle and melodica interlaced between verses with such lyrics as "It's another way of healing / Feeling like I'm falling" and "No floors, no walls, no ceiling / Feeling like we're falling."

The Steel Wheels dial up the party groove to cast a spell with the funky love song "Under." The Wheels, who host their own annual Red Wing Roots Music Festival, flex their jam roots muscles on the dark, world-beat, album opening, slide guitar rocker, "Rains Come," which updates Noah's ark for the climate change era. The set charges back into the daylight with the hope-filled closer, "Keep On."