Accessibility links
Hong Kong Standoff At University Grinds On; Protesters Attempt Escape In Sewers The numbers of protesters barricaded in has dwindled to about 100, and their food is rapidly depleting after police surrounded the campus on Sunday. Police have arrested about 1,100 in the past day. 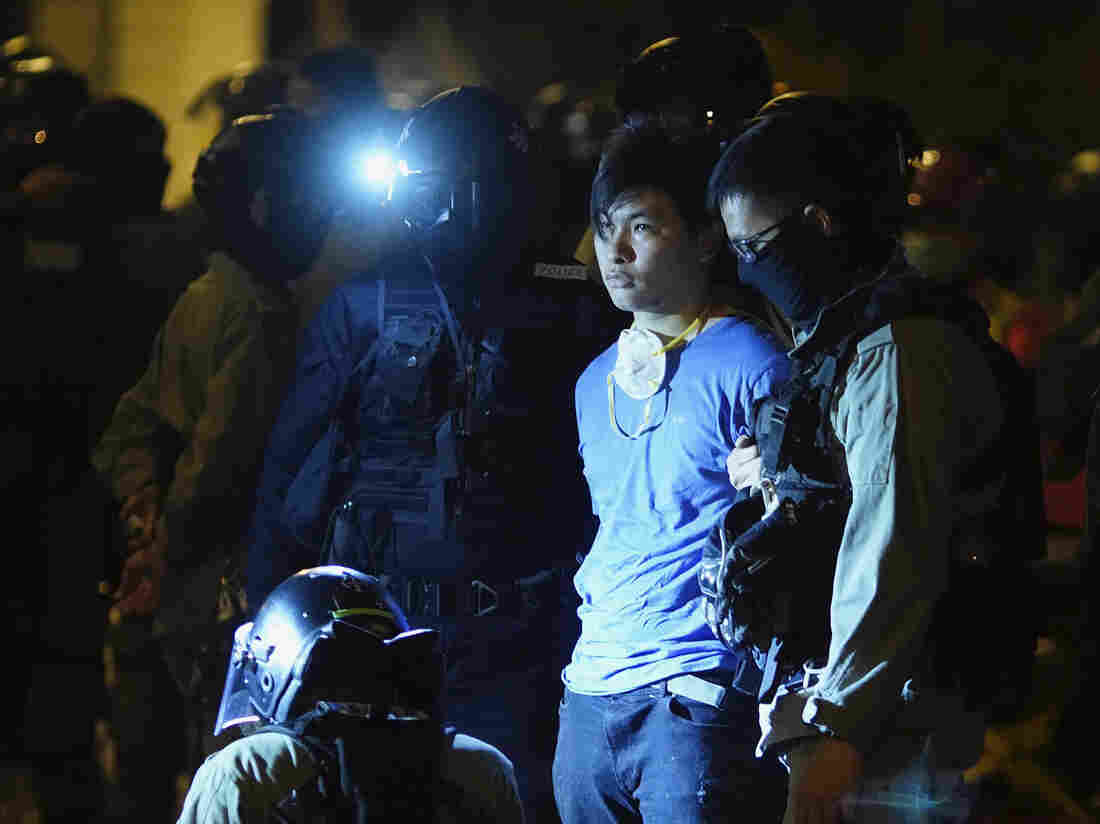 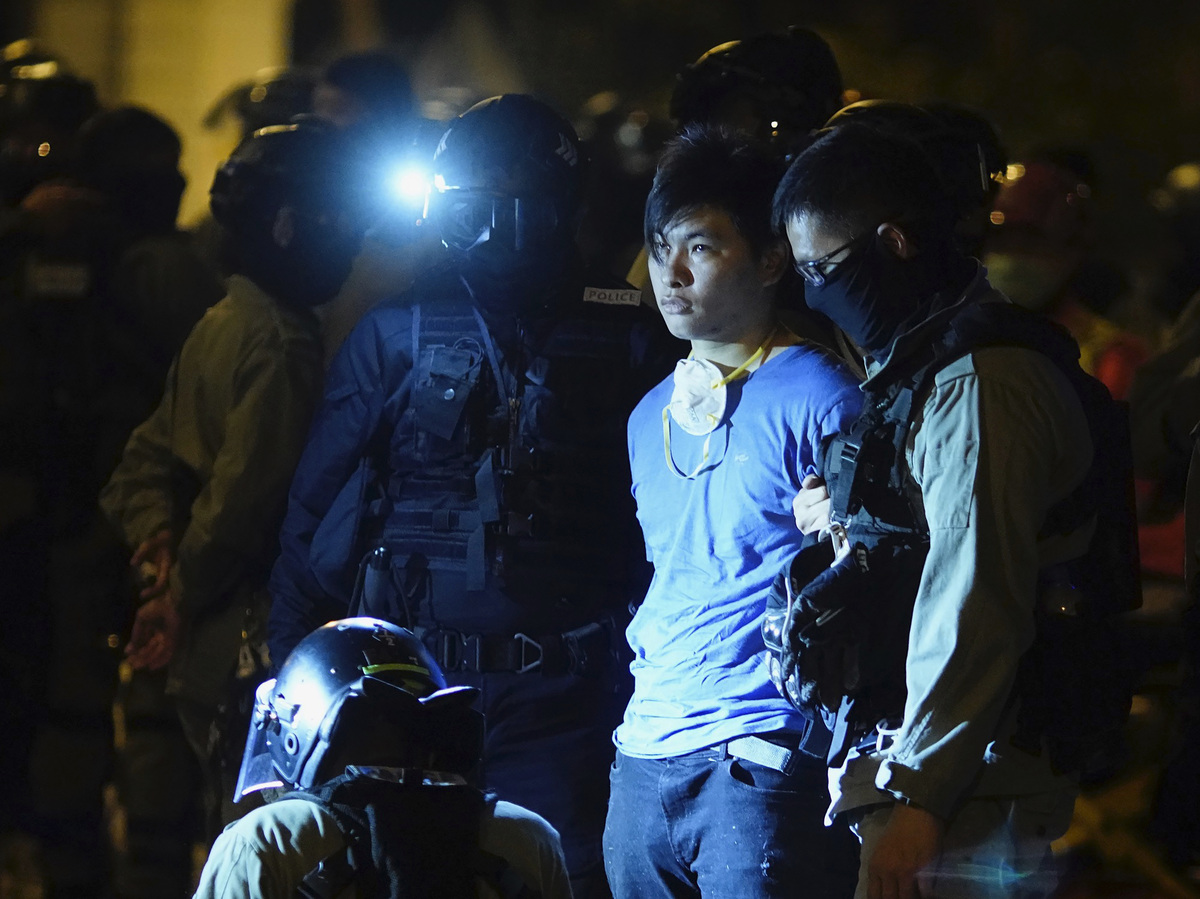 Riot police detain a protester on Tuesday near Hong Kong Polytechnic University, where about 100 anti-government protesters remained holed up.

A days-long tense standoff between protesters and police is grinding on at Hong Kong Polytechnic University. The numbers of protesters barricaded inside the school has dwindled to about 100, and their food supplies are rapidly depleting after police surrounded the campus on Sunday.

The situation is growing so desperate for the remaining protesters that several of them unsuccessfully attempted to escape the police siege by climbing through sewer drains, according to local media.

Police say they've arrested about 1,100 people in the past day. At a Tuesday news conference, officers accused the protesters of crimes such as taking part in riots and possessing dangerous weapons.

Authorities have threatened to use live ammunition against the demonstrators, though they say that level of force is a last resort.

Protesters are pleading for help. A video posted by protest leader Joshua Wong features a message from a masked woman who is identified as a student at Polytechnic University.

"We have no water supply, no food supply and we just know that our energy supply is being cut off as well," the woman says in the video. "There's no way out. Police are outside firing teargas, rubber bullets and maybe live rounds to us. We have barely nothing to protect ourselves against them."

"A lot of the protesters have been injured during this weekend-long battle with police. They have eye injuries from tear gas, hypothermia from being doused with water cannons," NPR's Julie McCarthy reports from Hong Kong. She adds, "Police basically surrounded the university and are arresting anyone who leaves."

About 235 people were taken to the hospital on Tuesday, Reuters reports, citing the Hospital Authority.

Protesters had moved into several university campuses in recent weeks, though at this point Polytechnic is the only one still occupied by demonstrators. Some of the activists at the school have shot arrows and thrown Molotov cocktails at police.

Demonstrators have been protesting in Hong Kong for more than five months, accusing China of seeking to limit freedoms there. The police response to the demonstrations has, at times, seemed to reinvigorate the protesters.

Even though the demonstrations have caused major disruptions in Hong Kong's business district, McCarthy reported that many of the people working there vocally support the protests.

"All of which suggests that the pro-democracy movement isn't relegated to students and radicals – it finds broad support in Hong Kong's middle class," McCarthy added. "That said, many don't support the violence used at Polytechnic University."

A "large number" of the arrested protesters are minors, police said, and authorities are taking down their information and releasing them. But an officer warned on Tuesday that "regardless of their age ... they are to face the consequences of their own actions."

Police also say they apprehended 37 people who were either trying to escape the university or who were waiting on vehicles to help them.

The police said they were allowing medical volunteers from the Red Cross and Doctors Without Borders to enter the campus to assist injured protesters.

Hong Kong's police also now have a new commissioner, Chris Tang. The leadership change is happening at a sensitive time, as the protests have grown more violent and as the police have been criticized for their treatment of demonstrators.

Chinese authorities are also responding negatively to a ruling from Hong Kong's supreme court, which overturned a government ban on protesters wearing face masks. As the South China Morning Post reported, China's top legislative affairs body questioned whether that court had the authority to make such a decision.