Accessibility links
Philippines To Ban E-Cigarettes; President Says He'll Arrest Vapers At a press conference Tuesday, Duterte announced a ban on the use and importation of vaping devices. On Friday, Filipino authorities announced their first case of vape-associated lung injury. 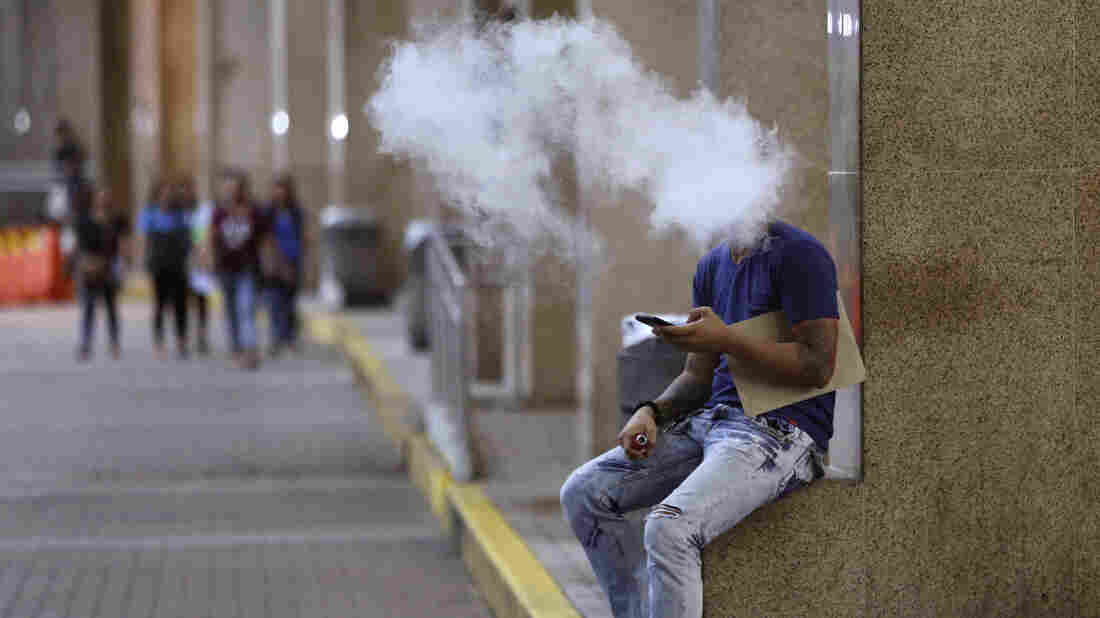 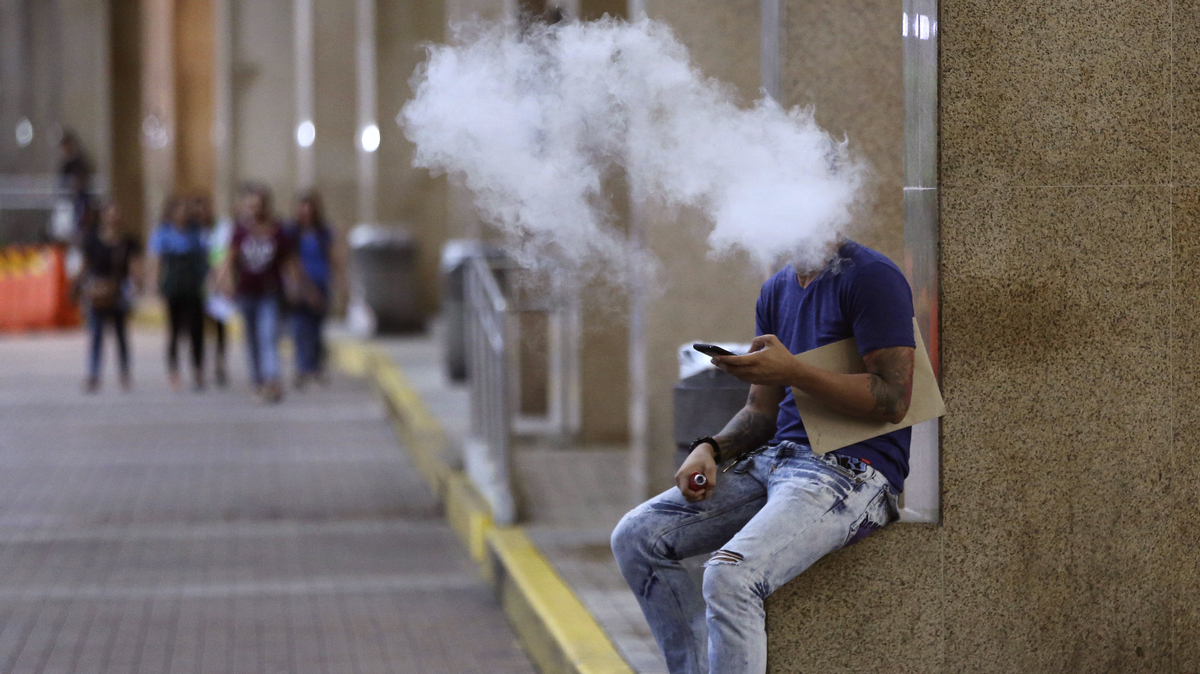 A Filipino man uses an e-cigarette outside a Manila mall in 2016. Philippines President Rodrigo Duterte announced Tuesday a total ban on vaping products.

The use and importation of electronic cigarettes will soon be outlawed in the Philippines, according to President Rodrigo Duterte. He criticized vaping devices at a press conference Tuesday, four days after Filipino health regulators saw their first case of vape-associated lung injury.

The Philippines' Department of Health announced Friday a 16-year-old girl was hospitalized in late October, requiring intensive care. The teenager was later diagnosed with e-cigarette-associated lung injury or EVALI.

In response, Duterte said he would immediately order a ban on e-cigarettes and ordered authorities to arrest people caught using them.

The announcement comes on the heels of Filipino politicians and health officials calling for an executive order regulating e-cigarettes.

Duterte likened vaping to the use of cigarettes and tobacco. Earlier this year, Duterte — a former smoker himself — said that cigarette users "should be exterminated."

"This vaping, it contains nicotine and other chemicals that we do not know," he said. "It has not passed the FDA ... and at this time, I said 'smoking is dangerous' so vaping is also dangerous and I am banning it."

An executive order made in 2017 prohibited smoking in public places, punishable by fines. Duterte said he was concerned by the growing number of Filipinos afflicted with tobacco-related diseases.

In banning e-cigarettes, the Philippines will join several nations across the globe creating sweeping regulations against vaping products.

The Philippines under Duterte is known for its brutal stance on substances. Since the Duterte administration began in 2016, the country's law enforcement has waged a domestic war on drugs. Thousands have died in drug raids, either by the police or by vigilantes who were encouraged by Duterte himself to take matters into their own hands.

Earlier this year, the United Nations said it will open an investigation into allegations of extrajudicial killings, kidnappings and unjust arrests.