Accessibility links
Curbs On Oil Drilling By Fracking And High-Pressure Steam In California Gavin Newsom's initiatives follow a massive oil release from a Chevron facility in Kern County suspected of being caused by a high-pressure steam process for releasing oil from underground rock. 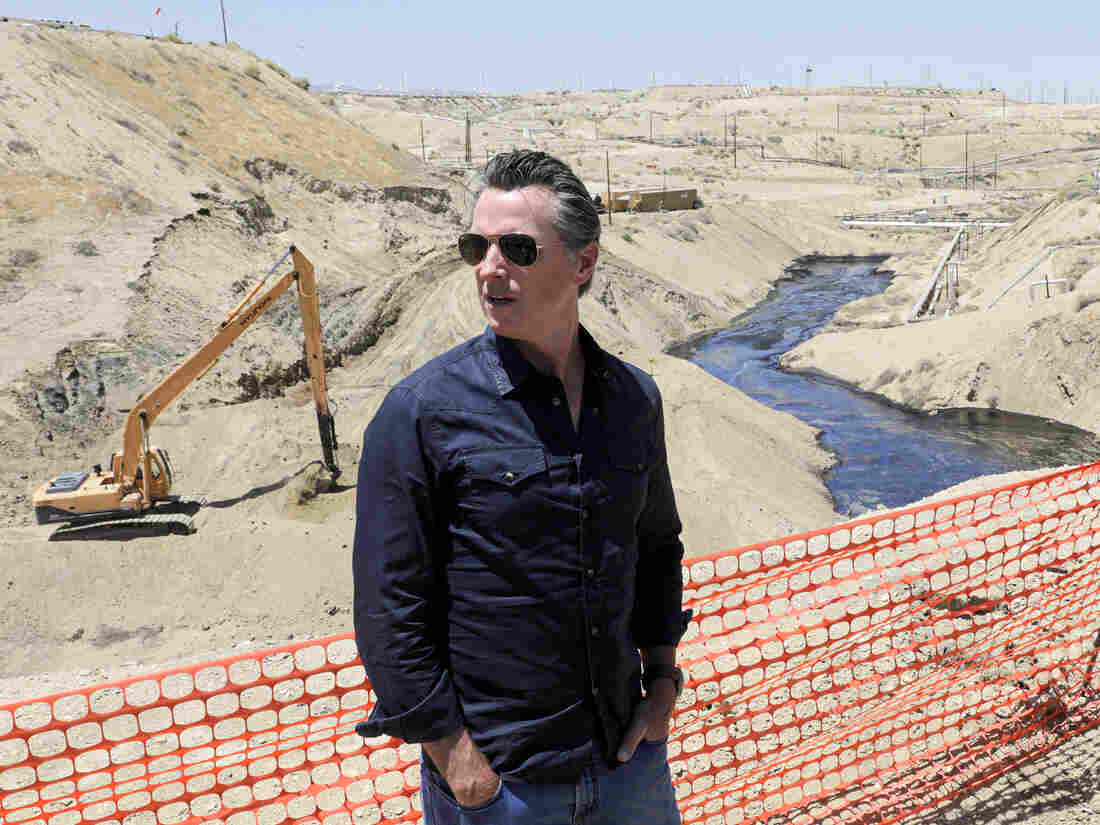 Gov. Gavin Newsom tours the Chevron oil field west of Bakersfield, where a spill of more than 800,000 gallons flowed into a dry creek bed in McKittrick, Calif. in July 2019. Irfan Khan/AP hide caption 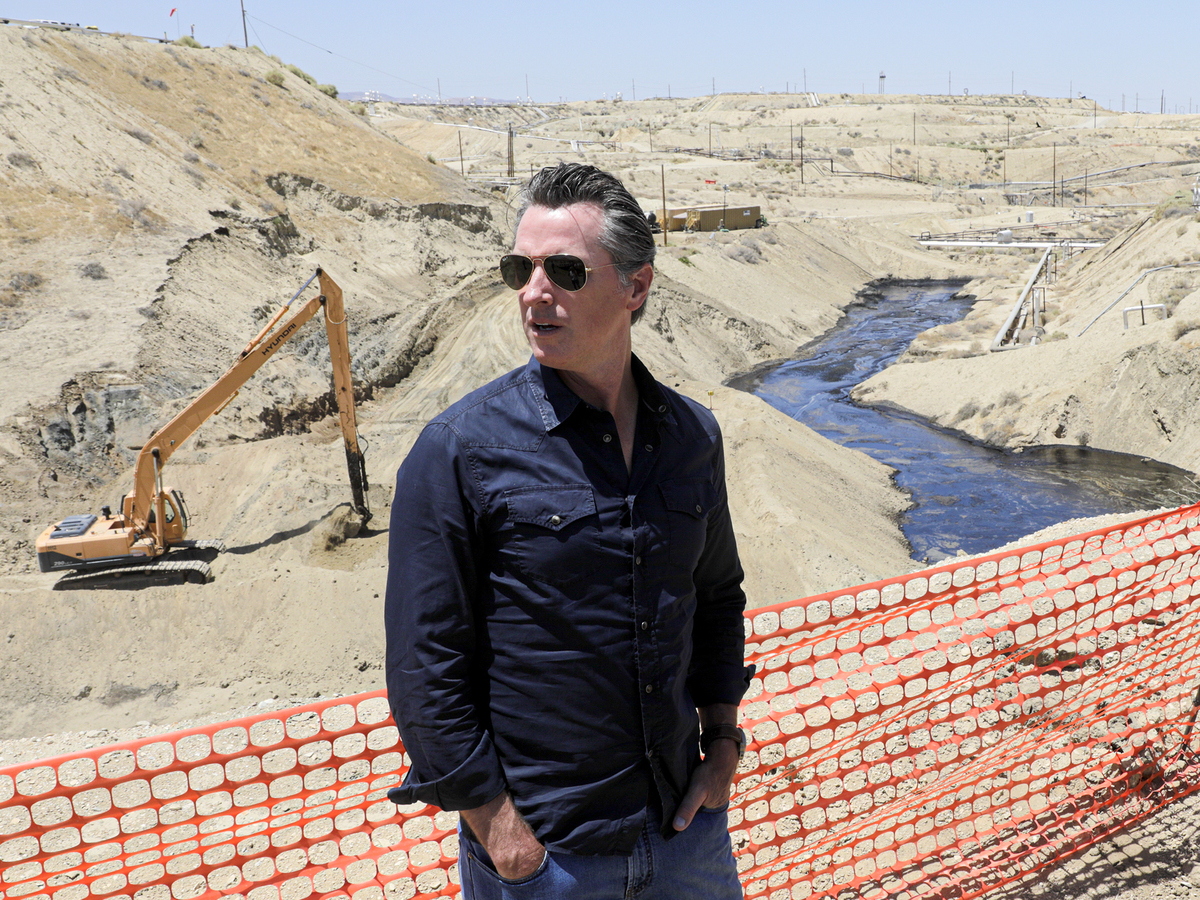 Gov. Gavin Newsom tours the Chevron oil field west of Bakersfield, where a spill of more than 800,000 gallons flowed into a dry creek bed in McKittrick, Calif. in July 2019.

Under the new initiatives:

"These are necessary steps to strengthen oversight of oil and gas extraction as we phase out our dependence on fossil fuels and focus on clean energy sources," Newsom said in statement. "This transition cannot happen overnight; it must advance in a deliberate way to protect people, our environment, and our economy."

The high-pressure cyclic steaming process has come under public scrutiny since July when member station KQED reported a series of uncontrolled releases of crude petroleum and water from Chevron wells in Kern County that started in May and continue today. More than 900,000 gallons of oil and brine have been released from the Chevron facility and the corporation has been fined $2.7 million. The state wants to find out whether the high-pressure cyclic steaming process can be done safely or whether the practice should be prohibited altogether.

The new rules are unnecessary since "California's environmental regulations already lead the world," according to Catherine Reheis-Boyd, president of the Western States Petroleum Association.

"It is disappointing that the state would pursue additional studies when multiple state agencies already validate our protection of health, safety and the environment during production," Reheis-Boyd said in an e-mailed statement. "These agencies should also consider reliability, affordability and resilience of our energy supply, as every barrel delayed or not produced in this state will only increase imports from more costly foreign sources that do not share our environmental and safety standards."

Newsom's initiatives drew praise from environmentalists who had demanded action especially since the revelations about the Kern County oil spills.

"Gov. Newsom's historic action protects Californians from some of the most dangerous and destructive oil-extraction techniques," Kassie Siegel of the Center for Biological Diversity says in a statement. "This marks the turning of the tide against the oil industry, which has been allowed to drill at will in our state for more than 150 years. This is the kind of leadership necessary to make California the first major oil-producing state to phase out extraction and protect people and our planet from dirty fossil fuels."

In October, Newsom signed a bill renaming the state Department of Conservation's Division of Oil, Gas and Geothermal Resources or DOGGR. Effective Jan. 1, 2020, it will be called the Geologic Energy Management Division, or CalGEM.

The move follows the July firing of director Ken Harris after it was revealed that the division had significantly increased fracking permits under Newsom's new administration. There were also allegations that some senior DOGGR officials owned stock in oil companies they regulated.