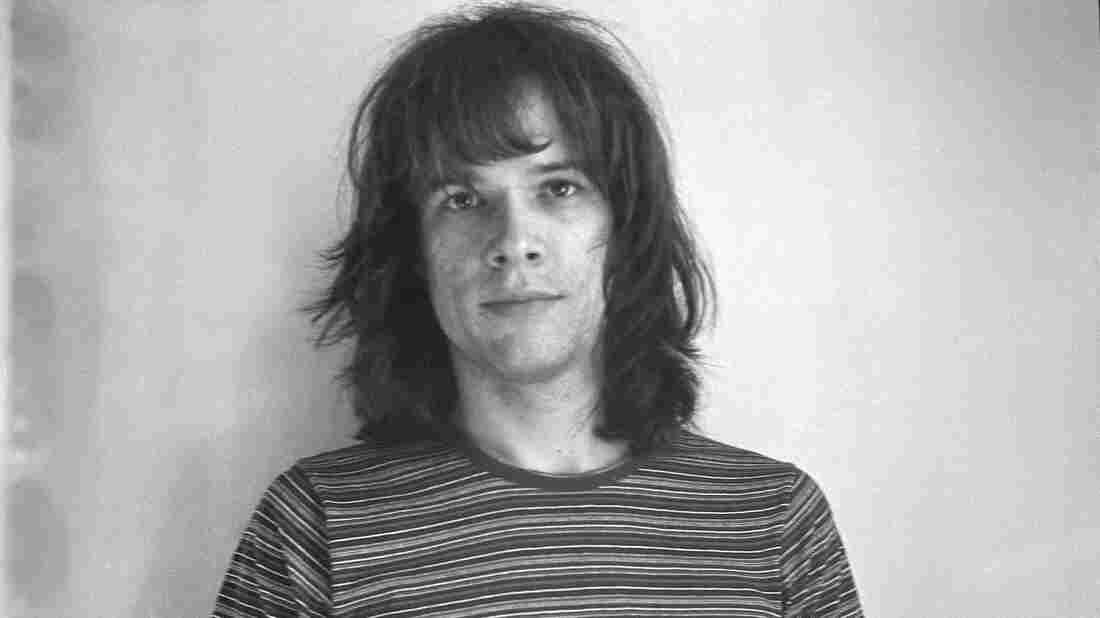 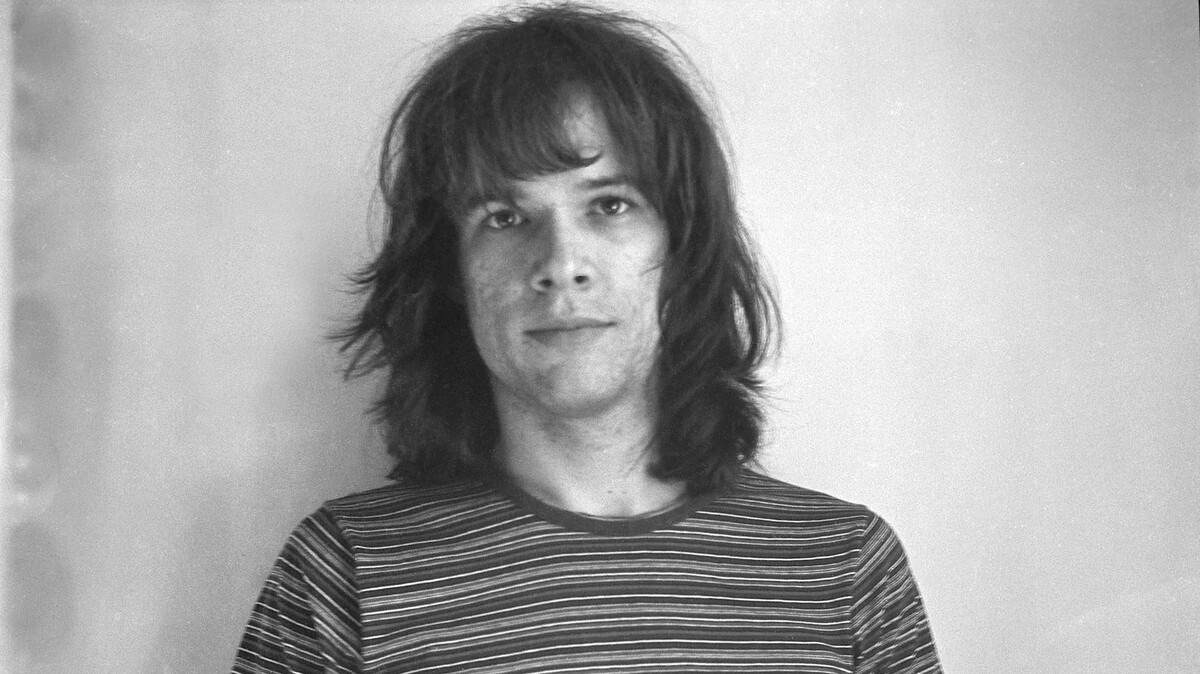 "I'm a wonder boy / I can't do nothing," the late avant-pop artist Arthur Russell laments on "Wonder Boy," amid stop-and-go piano and plonky vibraphone. "The poster was nailed to a tree and somebody tore it down / Bits of paper nailed to a tree — that's all I found." In part because his legacy was never fully in his own control, the image — taken from the first song of a new album — lives on as an inwardly critical fantasy, rather than the self-fulfilling prophecy it nearly became.

Russell died a relatively obscure figure — though well-known in Downtown New York's experimental music scene — in 1992, at age 40, of complications related to HIV-AIDS. Ever the perfectionist, Russell's inability to finish songs, and the genre-agnostic strangeness of much of that music, resulted in the release of just a few full-length albums under his own name — Tower of Meaning, Instrumentals (1974 – Vol. 2) and World of Echo — during his lifetime. His rise to celebrated cult musician has largely occurred over the last 16 years, buoyed by a stream of compilation albums assembled from the deep well of partially finished songs he left behind. These posthumous compilations — mostly curated by archivist Steve Knutson and Russell's longtime romantic partner, Tom Lee — present him, prismatically, as a sparse synth-pop auteur, clubby post-disco producer, minimalist composer and mantric folkie. Iowa Dream is the newest addition to Russell's ever-lengthening list of afterlife releases, a characteristically wide-ranging collection, but with a particular focus on an oft-overlooked aspect of Russell: the aspiring '70s pop star.

Nearly half the songs on Iowa Dream are drawn from recording sessions with both Columbia Records' legendary kingmaker John Hammond and Mercury's Paul Nelson. As recounted in Hold Onto Your Dreams: Arthur Russell and the Downtown Music Scene, Hammond believed Russell had the potential to become the next Bob Dylan — one of the many massively successful artists he'd already discovered — but grew frustrated with Russell's unusual musical arrangements and the large backing band he'd brought to the studio. (During one session, an exasperated Hammond introduced a take, snarking, "And the next song will be performed by Arthur Russell and his symphony orchestra.")

Russell believed strongly in the effortless profundity of pop songs, telling poet and close friend Allen Ginsberg that he sought to make "Buddhist bubblegum" music (now the title of a doctoral dissertation on Russell). He saw pop as an arena of aesthetic radicalism — and rankled many an art-music scenester to make his case, booking Jonathan Richman's plainspoken rock and roll while serving as music director at the Kitchen, then New York's marquee experimental music venue, known for highbrow performers like Steve Reich. Perhaps as important, a major label deal was another potential income source outside of the Downtown scene, where the funding was scarce and the competition for it fierce. But as much as he desired to create hummable songs that anyone could enjoy, Russell was dispositionally allergic to many of the requirements — musical and otherwise — usually necessary to make it in the pop world.

"Arthur didn't think in terms of practical things," his former manager Donald Murk recalls in Hold Onto Your Dreams. "The reason for getting money was to record more songs." Still, he spent years traveling up to the record label offices of Midtown with hopes of getting signed.

Unlike Allen Ginsberg's "first thought, best thought" mantra — later repurposed as the title of a compilation of Russell's instrumental compositions — Arthur Russell was always onto another idea or convinced he had a better articulation of the first one. Among friends and collaborators, Russell was notorious for starting a sentence in conversation and then trailing off, his effervescent mind already elsewhere. He was the same way with his music, perpetually reworking songs in different styles and scribbling musical ideas onto score paper he kept in his jacket pockets, instead of finishing one of the countless recordings he'd already begun. "In a way Arthur disliked his records, because he felt that the performance involved was just one of many possible ways of interpreting the song," Murk told Russell's biographer.

Some debilitating perfectionism underlay Russell's behavior: he once spent all day tuning a kick drum while his bandmates waited on the satisfaction of his fastidiousness. But he also seemed to genuinely love the possibilities available to him during the process of creation, and found settling on any one version to be a painful closing off of paths yet to be taken. As Russell sings on "The Dogs Outside are Barking," "I'm just afraid to tell you what I'm thinking / It might take too long."

These habits may have yielded few albums ready for release and no hits, but they did result in an enormous trove of recordings in varying states of completion. Peter Broderick — the producer and musician brought in by Lee and Knutson to finish the material that became Iowa Dream — sometimes found himself daunted by the painstaking process of combing through Russell's many fits and starts. "The sheer amount of it overwhelmed me at times. I would throw my hands up in the air and be like, "What is going on here?" he says, emphasizing that the difficulty of the work never encroached upon his affection for Russell or his material. "I never felt any ill feelings towards him. I feel so, so tender towards Arthur."

No take is complete, but between all of them you can piece together a song.

Broderick, whose own music touches on many of the minimalist and folk compositional elements present in Russell's music, mixed and restored deteriorated audio, and Frankensteined together incomplete takes into finished songs. For example, the new compilation includes a defiant, recombinant version of "You Did It Yourself," which fans may recognize from an acoustic fragment featured in Matt Wolf's documentary Wild Combination: A Portrait of Arthur Russell.

"I'd have a file that's 15 minutes long and it's just all unfinished takes of one song, almost as if you're listening to the band rehearse trying to get the song down," Broderick says. "No take is complete, but between all of them you can piece together a song." This sort of collage editing has been a part of the production of many of the posthumous Russell compilations. In fact, "That's Us / Wild Combination" — one of Arthur's most-loved songs — was assembled this way, Knutson says.

"It's tricky business going into someone's archival work and doing that. I don't know how I would feel about someone doing that to my own work," Broderick says. "I had to follow my own intuition and assurance of what I feel, but you just never know how close that is to someone's original vision."

DJ Premier Revives The Legendary Gang Starr: 'Together We Bring The Best Dope'

Knutson, for his part, seems less worried about the impossible task of trying to appeal to Russell's silent musical wishes. "Arthur is no longer here. So he has to deal with me," he says. "I love Arthur's music. The only reason I'm doing this is because I'm selfish and I want to hear it for myself." Lee, too, has spoken about some of the personal motivations underlying his work on Russell's posthumous compilations. "Because I'm so attached to him, after he died I wanted to get inside his head so badly," Lee told The New York Times in 2016. "But after he died, I thought, who is this guy I lived side by side with? That could be revealed through the books and tapes [in his archive]."

Many other well-received albums released after the death of the artist have involved close collaborators in life handling the finishing touches, such as J Dilla's The Shining, Elliott Smith's From a Basement on the Hill and this month's new Gang Starr album.

To wit, Iowa Dream benefits from the oversight of Lee, who often helped Russell make musical decisions during his life, and who he ultimately entrusted to care for his archives in death. A closer analogue might be Nick Drake's Family Tree, a compilation of home recordings released by his sister in 2007. Like Russell, Drake died young and relatively obscure, and appreciation of his work blossomed after his death. But in the liner notes for Family Tree, Drake's sister admits, "I am endorsing the publication of an album that I am not at all sure you would have sanctioned." It's a sentiment Knutson echoes when asked about Iowa Dream: "Arthur probably wouldn't want any music to be released, to be honest with you."

Arthur is no longer here. So he has to deal with me.

It's also tempting to view parts of Russell's musical career as evidence of him embracing the release of authorship. Many of his earliest performances in New York experimented with John Cage-influenced elements of chance and audience engagement. Instrumentals, his best known compositional piece, was written without a predetermined order of melodies; instead, players were instructed to improvise through a set of melodies at their will. "It wasn't conducted; we would just feel it," said Peter Gordon, who played keys for a performance of Instrumentals at the Kitchen. "Cage, free jazz, the DJ set — these were parallel energies."

Knutson acknowledges Russell's discomfort with boxes and labels. But he seems to suggest that, to understand Russell as a whole, listeners ought to appreciate his discrete parts as well. "It was very intentional to show these different sides of Arthur," Knutson says. "It was important to me, on First Thought Best Thought, to illuminate Arthur as a composer, on Love Is Overtaking Me and Iowa Dream as a brilliant singer-songwriter. He could be all those things and he is all those things."

Listening to the apologetically beautiful songs included on Iowa Dream from the Hammond sessions, such as "In Love With You for the Last Time," or the acoustic guitar tracks recorded during his time living in Northern California, like "Words of Love," it's not hard to imagine hearing them on the radio amid a breezy block of Laurel Canyon tunes. But many of the songs on here from the Nelson sessions still sound like little else that has followed in the 40 years since, let alone at the time they were recorded. Amazing as they are, it's little surprise they didn't earn a record deal with Mercury or Columbia. "Just Regular People" has the feel of a bunch of instruments sneaking around, attempting to tail Russell down a labyrinthine hallway; "Barefoot in New York" is a spoken-word ramble with a hissing backup chorus that seems to mock his manic vocals.

The fact that songs like these were essentially auditions-as-demo-tapes shows that Russell was either unable or unwilling to distinguish his poppier sensibilities from the rest of his sprawling creativity. Because of this uncompromising polyvalence, his pop star aspirations were probably never going to be much more than a brief dream—or a very carefully-considered one. Still, it's a wonderful dream to behold, even if it's just a piece of the many Arthur Russells that were possible.

For another perspective on posthumous releases, read about two new (and not-great) albums from beloved troubadours Leonard Cohen and Harry Nilsson.