Accessibility links
Is The U.S. Shale Oil Boom Going Bust? The boom that helped make the U.S. the world's largest oil producer could be ending. Oil prices are down amid weak demand, and investors no longer seem willing to write the industry a blank check. 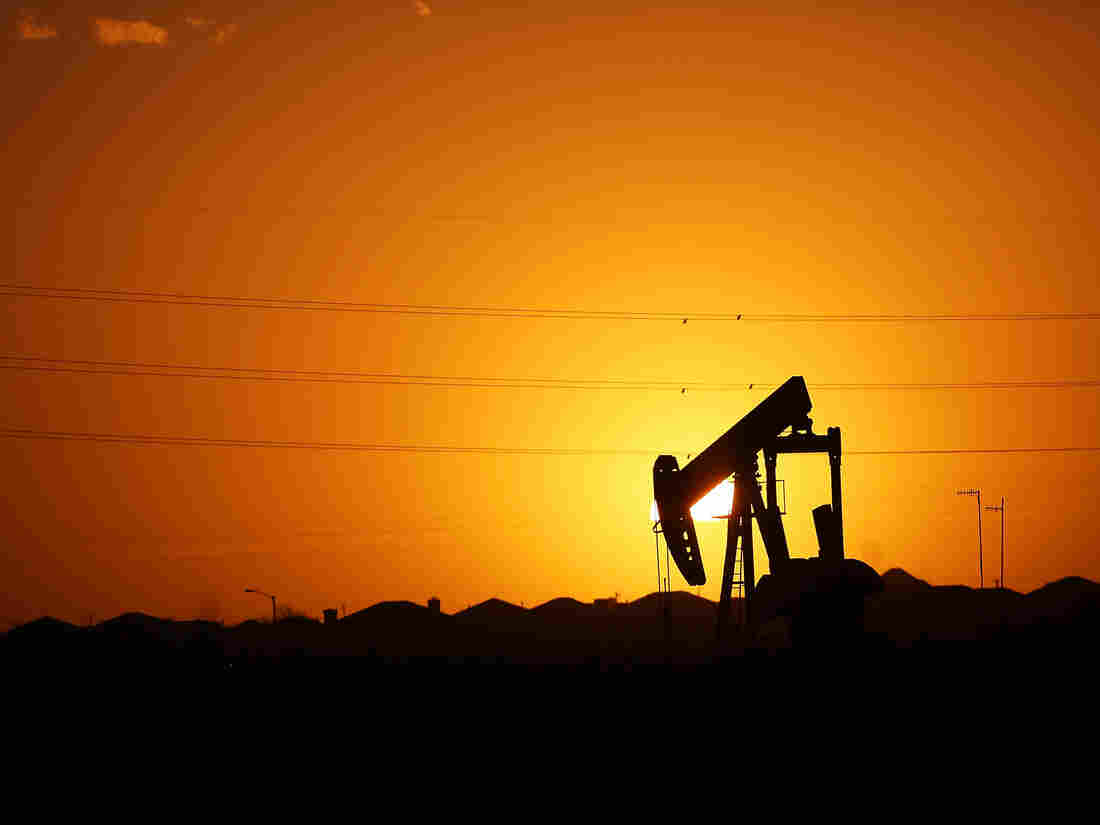 Oil prices are down amid weak demand, and investors no longer seem willing to write the industry a blank check. Spencer Platt/Getty Images hide caption 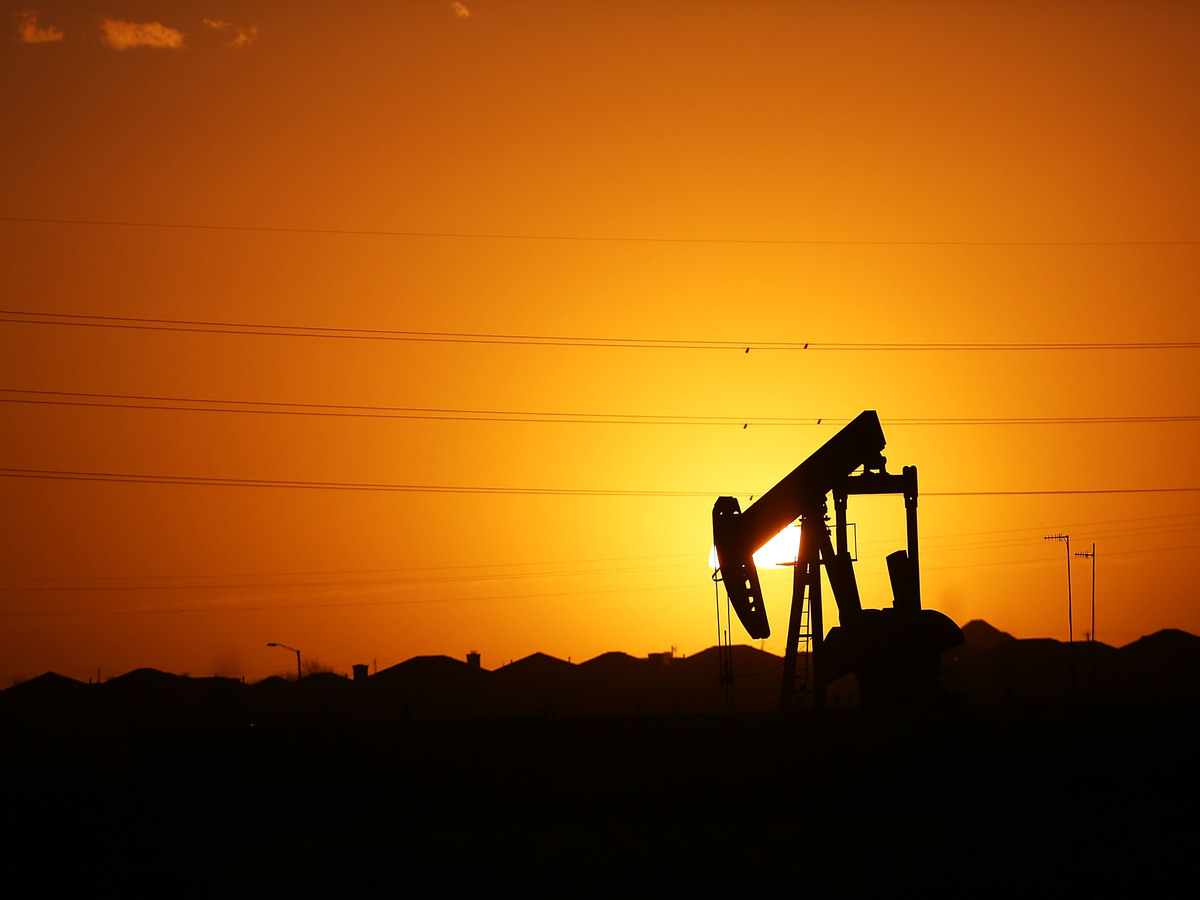 Oil prices are down amid weak demand, and investors no longer seem willing to write the industry a blank check.

The shale oil boom that catapulted the U.S. into being the world's largest oil producer may be going bust. Oil prices are dropping amid weakening demand, bankruptcies and layoffs are up, and drilling is down — signs of a crisis that's quietly roiling the industry.

Some of the most successful companies in the oil business are household names — think Exxon Mobil or Chevron. But the boom in shale drilling has been driven by smaller, independent operators. These companies have pushed the limits of drilling technology and taken big risks on unproven oil fields.

Today, shale accounts for about two-thirds of U.S. oil production and nearly all of the industry's growth, but many of the companies that made that growth possible are now struggling to stay afloat.

That has a lot to do with the business model of U.S. shale, says David Deckelbaum, an analyst at investment bank Cowen. "This is an industry that for every dollar that they brought in, they would spend two," he says.

For years operators focused on drilling lots of new wells very fast, prioritizing explosive growth over profitability. Until now they've been able to rely on deep-pocketed investors who were willing to pour fresh capital into the industry, despite years of lackluster returns.

It's a story that may be familiar to anyone who's been following the tech industry in recent years. Deckelbaum compares it to a kind of a prospector mentality.

"There's always this idea of this brand new play that's going to have billions of barrels of upside and if you can just get in early, then it'll pay off in the long run," he says.

Oil has always been a boom-and-bust industry. In 2014, for instance, a catastrophic price crash left the industry reeling. But even then, billions in new investment flowed into U.S. shale.

Today, shrinking global demand for oil is driving the price down once again. What's different this time around? Investors no longer seem willing to write the industry a blank check.

"I think now you've seen a lot of pressure of, 'We want you to be a real business. Your cost structure's too high, you have too much debt, I'm not funding your drilling anymore with external capital. You have to live within your own means,' " Deckelbaum says.

Without access to new cash, many producers are pulling back on exploration. The number of rigs drilling for new oil is at its lowest point in two years.

That's bad news for people like Ron Fountain, who works on a drilling rig in the Bakken shale of North Dakota. He thinks back to a few years ago, when the price of oil was more than $100 a barrel and companies were drilling with abandon.

"That's when we were still booming," Fountain says. "There was rigs coming out every month. We couldn't keep up, there was so much work going on."

Today though, with more and more rigs sitting idle, life has become uncertain for Fountain and his fellow drillers.

"We went from having three-year contracts to well-to-well contracts, which means you drill one hole and if you did a good job, then they'll give you another. Or they drop you and you gotta figure it out from there," Fountain says.

He's not the only one feeling the pinch. Halliburton, one of the biggest players in U.S. shale drilling, has laid off nearly 3,000 workers. In the Permian Basin, the country's most prolific oil field, employment has almost completely stalled out — after growing more than 11% last year.

Meanwhile, many of the smaller producers who piled up debt are struggling to pay it back. That has led to a wave of bankruptcies — nearly three dozen so far this year.

All of this is adding up to slower oil output. Production was flat in the first half of 2019, after growing more than 20% last year, according to Department of Energy data. In theory, as production slows and supply shrinks, the price of oil should go back up, which could provide a much-needed boost. The question, Fountain says, is how many companies will be able to survive until then.

"I think as an industry we're going to be OK," he says. "But I think there's a lot of people that are kinda holding their breath."