Accessibility links
Israel May Hold New Elections After Netanyahu's Rival Fails To Form Government Benny Gantz's failure to form a coalition prolongs months of political deadlock. It does not automatically trigger new elections; rather, it kicks off another wave of political haggling. 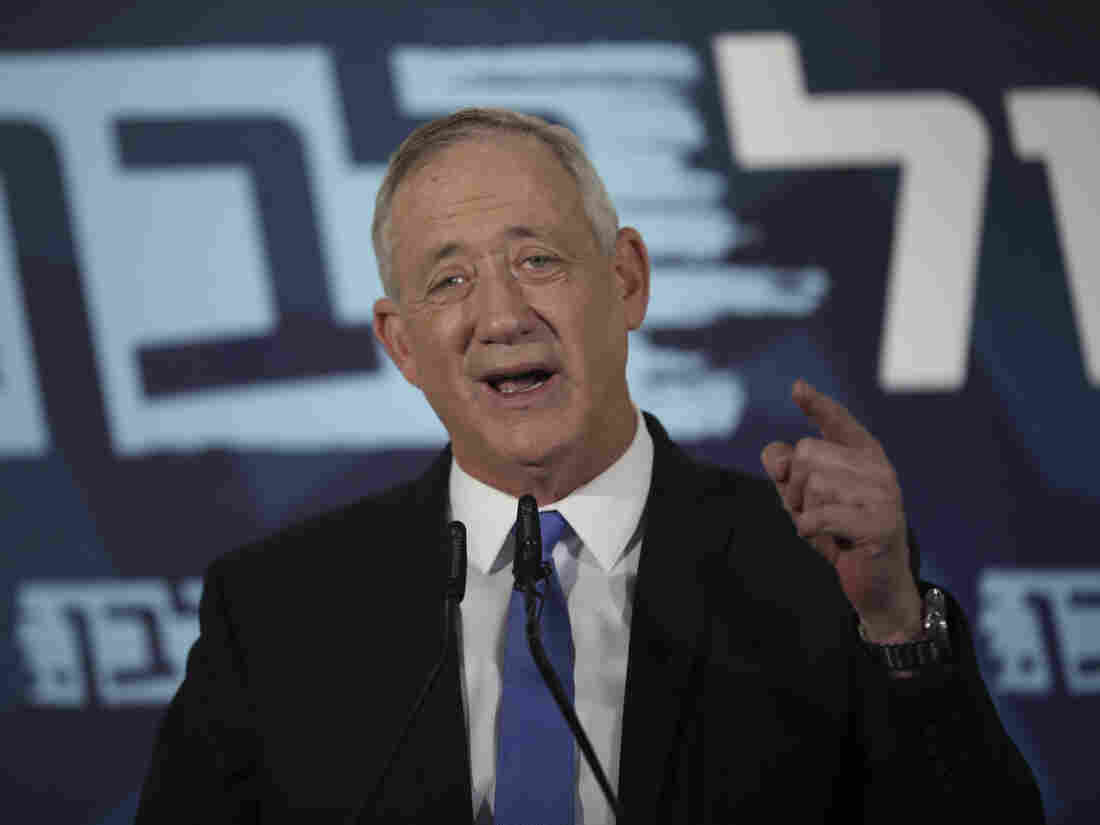 Blue and White party leader Benny Gantz has failed to form a new government by the deadline, dashing his hopes of toppling longtime Prime Minister Benjamin Netanyahu and pushing Israel closer to an unprecedented third election in less than a year. Oded Balilty/AP hide caption 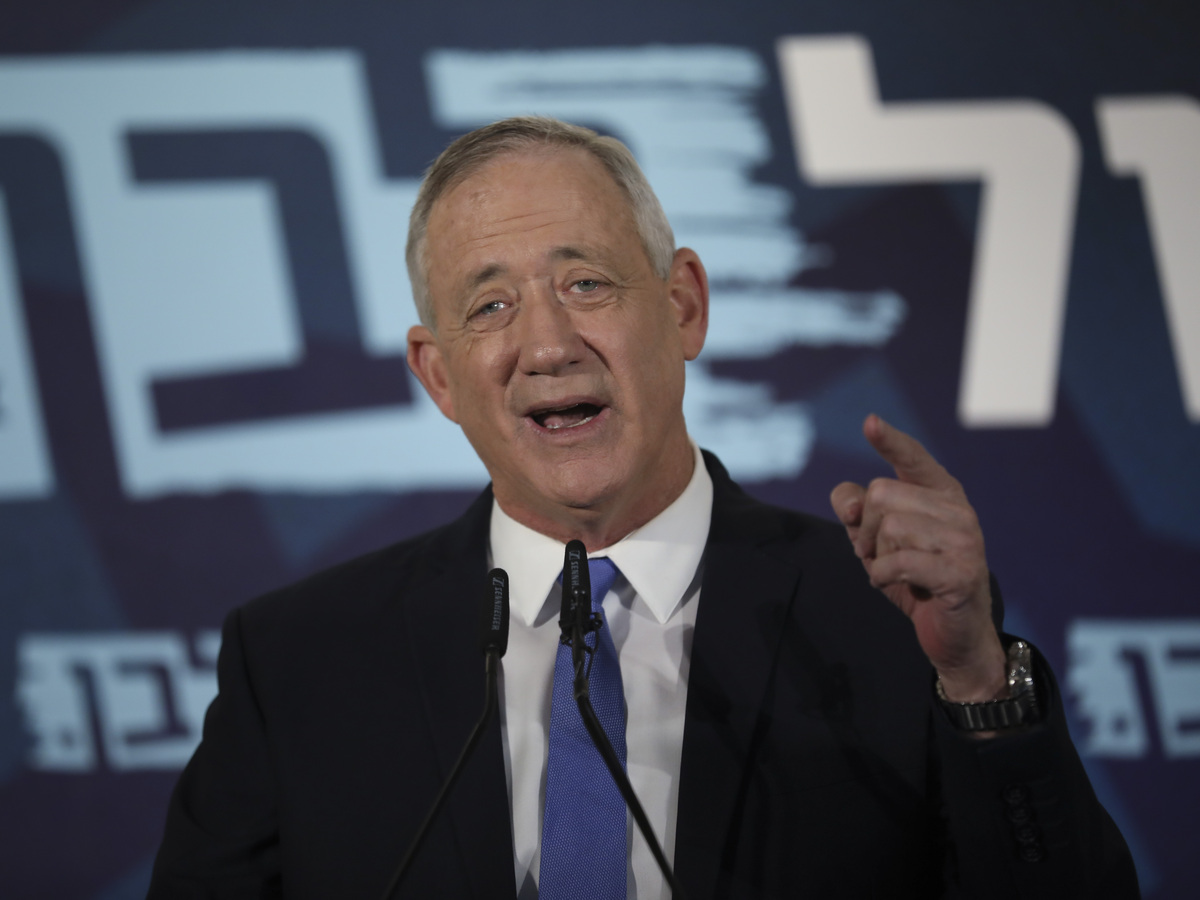 Blue and White party leader Benny Gantz has failed to form a new government by the deadline, dashing his hopes of toppling longtime Prime Minister Benjamin Netanyahu and pushing Israel closer to an unprecedented third election in less than a year.

Israel is set to continue without a government and may be heading to new elections after Benny Gantz, rival of longtime Israeli Prime Minister Benjamin Netanyahu, said Wednesday that he missed a deadline to form a government.

Netanyahu, who is facing the possibility of imminent indictment on corruption charges, also failed to form a coalition following the hotly contested election in September.

Gantz's announcement that he could not meet the deadline set by President Reuven Rivlin doesn't automatically trigger new elections. Rather, it kicks off another wave of political haggling — Israel's parliament has 21 days to nominate another lawmaker to try to form a majority government. If no other lawmakers are successful, it could usher in a third and unprecedented election this year, which Netanyahu has described as "institutional insanity."

Gantz, a longtime military leader and relative political newcomer, said his Blue and White party did everything it could.

"In the past 28 days no stone was left unturned while we tried to form a government that would bring Israel a leadership of dignity, morals and values, a leadership that has been forgotten," Gantz said, according to Haaretz.

Gantz and Netanyahu were apparently unable to broker a power-sharing agreement, which could have resulted switching off as prime minister. Their parties — Gantz's centrist Blue and White Alliance and Netanyahu's conservative Likud party — hold 33 and 32 seats, respectively, in the Knesset.

One group that wielded considerable power in the negotiations was Avigdor Lieberman's secular nationalist Yisrael Beitenu party. He has said he favors a unity government with the two largest parties, and wouldn't throw his group's weight behind a more narrow coalition.

Lieberman was quoted by the BBC as saying the problem with Gantz's attempt to form a coalition was that he " 'was not prepared to accept the president's plan' for a national unity government, while Mr Netanyahu 'was not prepared to separate from his ultra-Orthodox messianic bloc.' " It's worth noting that Lieberman has also signaled that he was not willing to join a government with Arab parties, who are plausible allies for Gantz.

Overshadowing all the political jockeying, Netanyahu is being investigated and could face indictment for bribery and other charges. He's accused of accepting gifts from wealthy businessmen and allegedly conspiring with media moguls to trade favors in exchange for positive coverage. He has denied wrongdoing.

Gantz had refused to form a unity government with the threat of indictment looming over Netanyahu, the AP reported, but had expressed a willingness to work with Likud if someone else took over.