Accessibility links
Review: In 'Dark Waters,' Better Dying Through Chemistry In "the most conventional movie of [director Todd] Haynes' career," Mark Ruffalo plays a lawyer taking on DuPont. The film distills years of litigation into an urgent story.

In 'Dark Waters,' A Conventional But Compelling Tale Of Corporate Comeuppance

In 'Dark Waters,' A Conventional But Compelling Tale Of Corporate Comeuppance 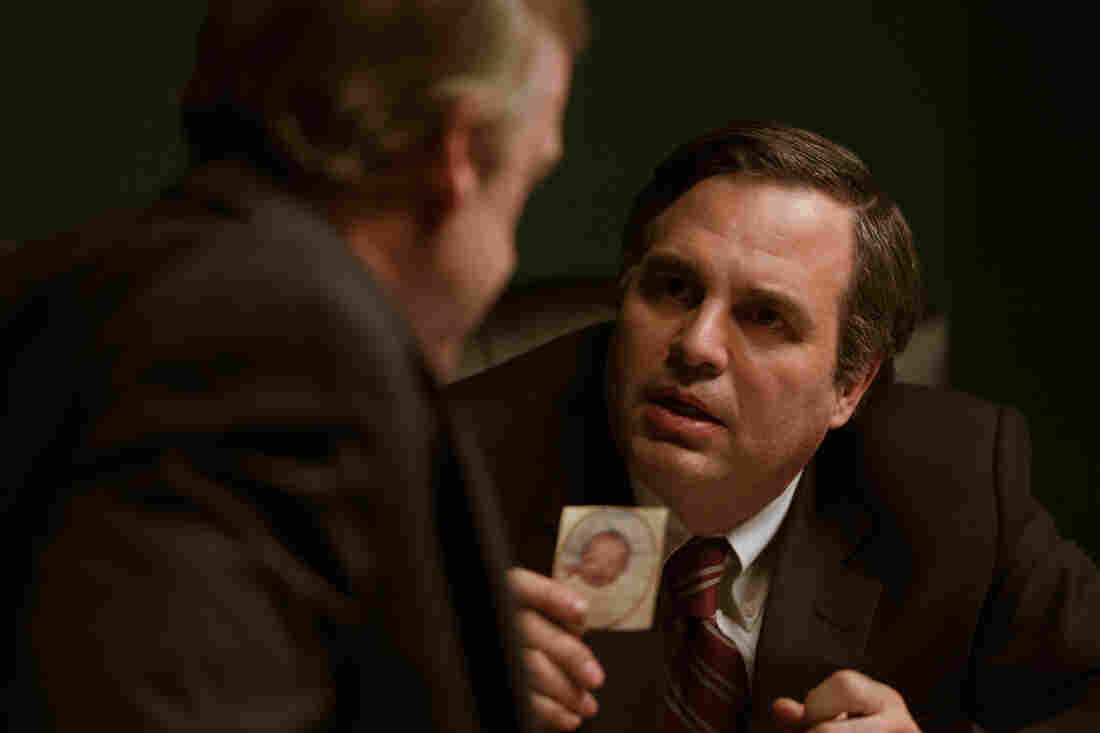 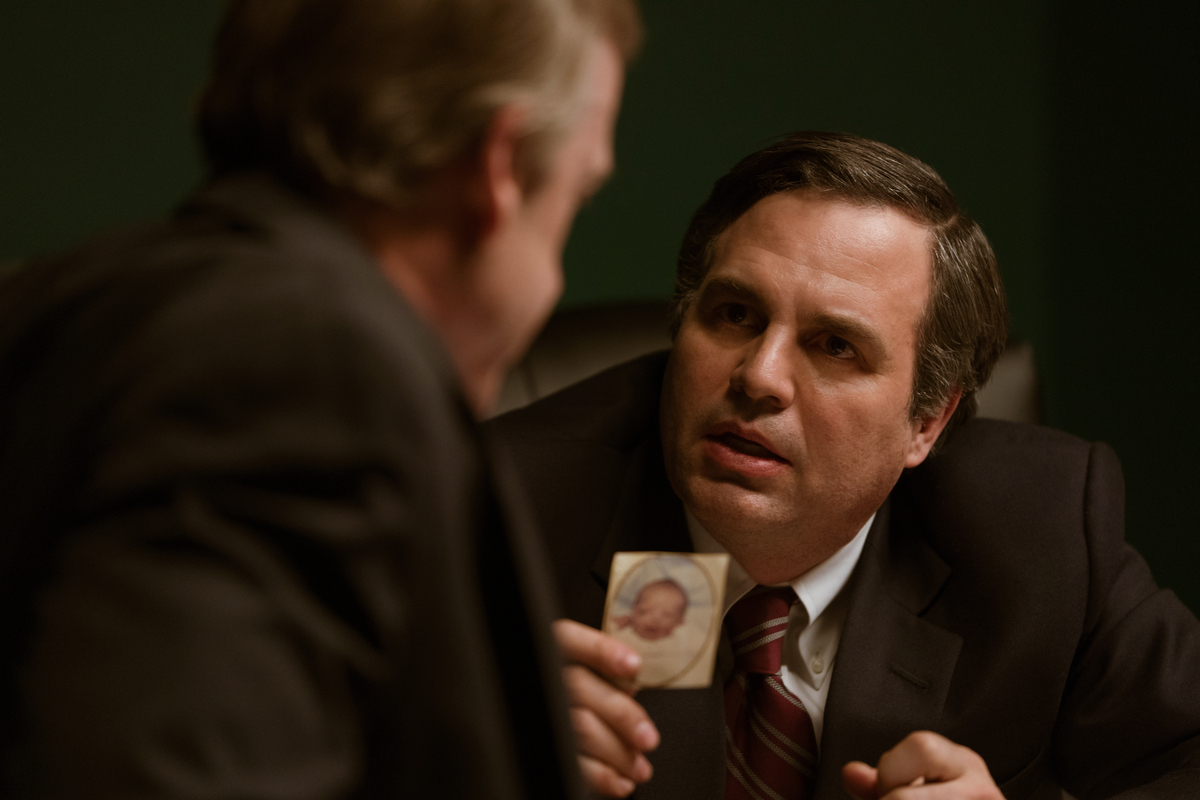 Mark Ruffalo stars as a lawyer facing off against Dupont in Todd Haynes's Dark Waters.

The director of such films as Poison and Safe, Todd Haynes has a well-established interest in contagion. But in his films, illness has always been partly a metaphor, standing for the potentially asphyxiating nature of "normal" life.

That's not true of Dark Waters, the most conventional movie of Haynes' career. The threat here is as literal as, well, cancer. It's an open secret that doom courses through the water in Parkersburg, W. Va., where people have long suffered from "the Teflon flu." It's just that some people, both bosses and workers, have a strong financial interest in feigning ignorance. Those people work for DuPont, the company that promised "Better Things For Better Living ... Through Chemistry."

The movie's hero, lawyer Robert Bilott, doesn't toil for DuPont, but he as might as well. Bilott (Mark Ruffalo) just made partner at a Cincinnati firm that specializes in representing chemical companies. He doesn't realize just how far he'll deviate from his intended career track when he agrees to take the case of a furry-eyebrowed farmer (Bill Camp) who's a friend of Bilott's grandmother.

Dark Waters shares much with The Report, notably a long timeline. Bilott takes on DuPont in 1998 — more than a decade after the movie's foreboding prologue — and is still at work when the narrative ends in 2015. Another similarity between the two movies are cascades of paper. When Bilott sues, DuPont's response is to send him enough documents to fill a medium-sized room. The evidence is there, but as hard to locate as molecules of PFOA — a toxic but unregulated chemical — in a local pond.

Adapted by scripters Mario Correa and Matthew Michael Carnahan from Nathaniel Rich's New York Times Magazine article, Dark Waters does as good a job as The Report in summarizing massive amounts of information. Both movies are aided by essential ideas that are easy to grasp: "Torture is wrong, and it didn't work anyway" in the former; and "PFOA is poison, and Dupont knew it," in the latter.

The difference is that Dark Waters allots more time to its protagonist's office politics and home life. Bilott gets a surprising amount of support from his boss (Tim Robbins), who argues that it's better for corporate lawyers to deal with big-business malfeasance than to leave it to "the Ralph Naders of this world." Not all the partners agree, and Bilott's salary is repeatedly cut as the lawsuit fails to produce income for the firm.

This adds to the tension at home, where Bilott is accused of neglecting his family by wife Sarah (an underused Anne Hathaway), a former attorney who left the law to be a full-time mom and homemaker. Sarah is such an old-fashioned character that viewers might briefly forget the action begins in 1998 and imagine they're back in the era of Haynes' Far From Heaven and Carol.

If Sarah suggests the 1950s, the film's flat, shadowy look is more 1970s. Only the pulsing electro-score indicates that Dark Waters is not an artifact from the disillusioned age of All the President's Men.

Ruffalo is one of the movie's producers, and he demonstrates his devotion to the project by receding into the role of the rumpled attorney. He leaves the showboating to Bill Pullman as a small-time lawyer who joins the anti-DuPont team. Indeed, Ruffalo's Bilott is so unassuming that it might have made sense for him to stay home with the kids while his glamorous wife pursued her career. But this is one Haynes movie that has no place for gender-bending.