Accessibility links
Leonard Cohen And Harry Nilsson Are Releasing New Albums, Whether They Like It Or Not Beloved, but gone — when it comes to our favorite artists, the assumption is that more is always better. But what effect do these patchworked releases have on their legacies?

Leonard Cohen And Harry Nilsson Are Releasing New Albums, Whether They Like It Or Not

Leonard Cohen And Harry Nilsson Are Releasing New Albums, Whether They Like It Or Not 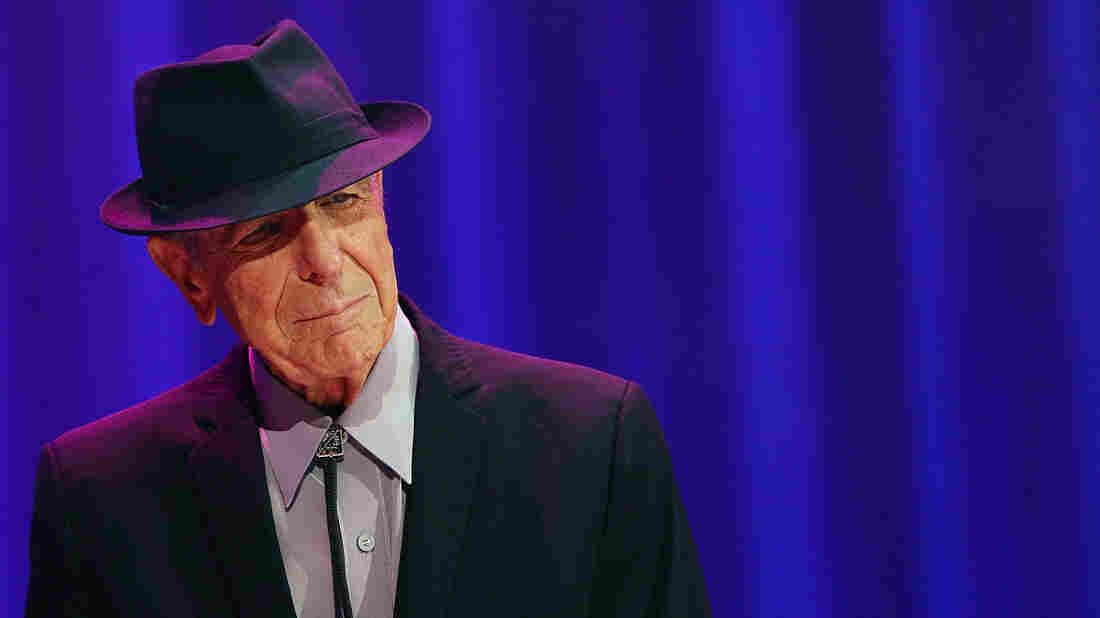 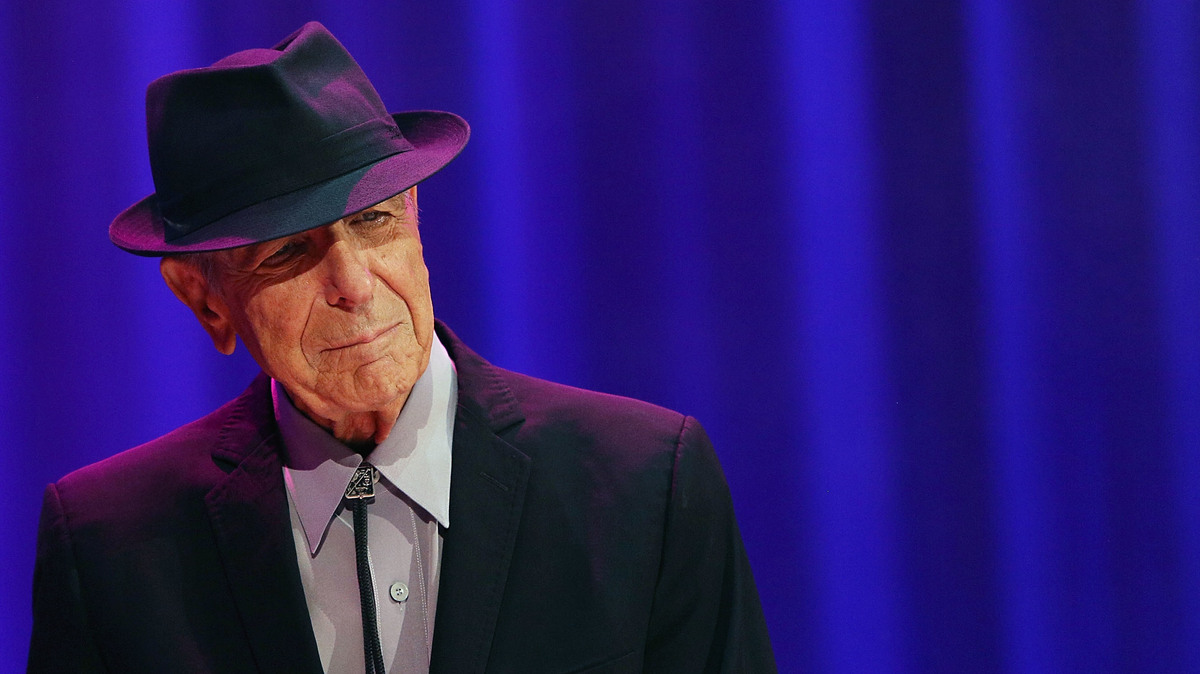 The only thing we know for sure about new posthumous studio albums from Leonard Cohen, Harry Nilsson, Prince, Arthur Russell and others: Final approval did not come from the artists themselves. At some point, a producer – or manager, or official from the estate or other individual a step removed from the name on the marquee – acted as the artist's proxy and gave an OK to release the work to the public.

With artists of a certain stature, the assumption is that every scrap is worth sharing. Fans have come to think they're entitled to bonus material for any album worthy of an "anniversary edition" – all the alternate takes, early live versions and, naturally, those rambling 3 a.m. edge-of-consciousness demos documenting the first arrival of a hook.

Often, these unearthed rarities offer more than just a few unfamiliar songs. Alternate versions can enhance understanding of an artist's process, shedding light on the ways the lyrics or the musical elements of a song evolved over time. From a fan's perspective, the ability to trace a song's gestation, or hear a track that had been considered for inclusion on an album but cut before the release, can bring about a "this-changes-everything" revelation, the sense of long-missing puzzle pieces snapping into place. It's a peek behind curtains that are usually shut tight.

At the same time, though, the posthumous release of vault material – whether it's exactly as the artist left it or subsequently reworked by the artist's longtime collaborators or hired guns – stands fundamentally apart from the projects released during the artist's life. So should they be identified that way, flagged with some sort of discographical asterisk?

Consider this. In 20 years, when some young music newbie fires up a search for "Leonard Cohen," they will be able to choose from a menu of albums, the classic works and the minor ones, most issued during Cohen's life, with his blessing. Alongside these will be Thanks for the Dance, the posthumous album coming out this week with musical accompaniment created by Cohen's son, Adam. It's described in the press release as an "unexpected harvest of new songs, exciting and vital, a continuation of the master's final work."

Except: It's not. Yes, it's got the sparse, meditative, minor-key backgrounds common to many later Leonard Cohen works, and shares the shadowy, brooding tone of You Want It Darker from 2016, released just 19 days before Cohen died. There are wise, trenchant lyrics loaded with poetic images, and yet, perhaps inevitably, some of the stanzas have an early-draft feel. The music steps lightly so as not to distract from the words, but at times seems as ignorable as the placid tones of a meditation app.

Nonetheless, it's a record those who've been following Cohen's journey for decades will no doubt savor. But for a listener encountering Cohen's catalog in the context-free confines of Spotify, Thanks for the Dance is not exactly an ideal point of entry.

The same can be said of Miles Davis' Rubberband, which was recorded in 1985 and subsequently shelved by Davis' label, Warner Brothers. Last year, the label hired the original producers for what began as a remix, but grew into a work of significant posthumous post-production – new drum sounds, different keyboard textures. The updated work was released in September.

Some Miles Davis diehards have dismissed Rubberband as a revisionist attempt at commercial riches, a Frankenstein monster that pastes Davis' trumpet and keyboard parts on top of more modern grooves. Randy Hall, who was involved in the original sessions and the subsequent reboot, understands the criticism, but says it's based on a faulty assumption.

"Miles never went backward. He called me because he wanted something he could have on the radio – he wanted a street record," Hall says. "So we did it and it got scrapped, and now they come back to us and they want to remix it. Remember, in 1985 drum machines sounded kinda dinky. So to bring it into the present, we changed some sounds and some textures ... But these are still the songs we recorded with him while he was there."

In the course of sharing their work with others, recording artists act as editors and curators and custodians – Cohen was obsessive about rewriting and revising, massaging his cadences to make each thought sparkle. He and many others would then obsess over the order of the songs, situating each to achieve maximum impact. Artists then have to live with these decisions long after the specific works are forgotten; seen from a longer view, they are part of the act of legacy-tending.

So should these decisions, about inclusion and exclusion and presentation, be respected? If the answer is no, the task of putting archival recordings into releasable shape then begins to involve considerable guesswork – imagine thinking you know the answer to the question "what would Prince do?" It's a thought experiment that extends to every element, major and minor, on these posthumous titles, from the sound of the kick drum to the number of verses to song order.

"This is the philosophical challenge that keeps me up at night," groans Michael Howe, the archivist whose job it is to manage the massive Prince vault. Howe and his team just dropped a 5-disc bonanza of material recorded between November 1981 and April 1983 – the period Prince was recording and then touring behind his album 1999.

"When we started listening to this stuff, a small group of us, the first concern was always 'Should this emerge? Does this reflect what we know to be his artistry?' From there, it became a game of trying to guess the thought process of an artist who, on his best day, was unpredictable. And fickle."

Nothing was added to the tracks, Howe says. Respect for the artist's decision-making also extended to the mixes: Prince's approved mixes from the album became the template for the raw, unreleased material – even when, as with "Bold Generation," the best available source was a cassette master. By paying attention to this particular detail, the anthology's producers bring demos and quickly recorded studio performances to nearly the same sonic state as the familiar hits like "Little Red Corvette."

In the case of Harry Nilsson's final album, Losst and Founnd — releasing this Friday in tandem with Cohen — tons of additional music was added to the tracks – in many cases producer Mark Hudson (Ringo Starr, Aerosmith) kept only Nilsson's vocals, surrounding them with brass bands and romance-movie strings, to suit the theatrical bent of the songs.

"You have to understand, track-quality wise, it was suffering," Hudson says of the basic demos. "But song-wise it was Harry Nilsson," Hudson says. He and Nilsson were close friends; they worked intermittently on the record from the mid-'80s until Nilsson died in 1994. After extracting the vocals, Hudson recorded many longtime Nilsson conspirators, like drummer Jim Keltner, to create new backing tracks to replace the drum-machine-based demos. Hudson says in casual conversation, Nilsson would come up with edits and modifications to songs they'd worked on years before. "We were listening in the car one day," Hudson recalled. "The song was 'Dodger Blue' – he was a huge Dodgers fan. Out of nowhere he says, 'We gotta get rid of that guitar – it's way too Motley Crue.' So when I got to that track, out went the guitar."

Losst and Founnd is not exactly peak Nilsson; some of its newly recorded instrumental backdrops ooze with his irreverence, but are gaudy in all the wrong ways. Still, it ticks some of the boxes for a posthumous release, enhancing what we know of the artist at a time in his career when people were no longer seeking out his brand of pop. It fills out the story, opens up a slightly different perspective on his work.

Would the Nilsson legacy be secure without it? Yes. Will future scholars of pop songcraft benefit from hearing these particular labors? Also yes.

At the same time, there's validity to the counter-argument – don't put out anything that the artist didn't say Yes to. This was the approach of David Joseph, CEO and chairman of Universal Music UK, after the 2011 death of Amy Winehouse. She'd been working on a record at the time, and there were demo recordings and sketches and some nearly completed tracks. Joseph had them destroyed.

"It was a moral thing," he explained to Billboard. "Taking a stem [a short single element or passage from a recording] or a vocal is not something that would ever happen on my watch. It now can't happen on anyone else's."

For another perspective on posthumous releases, you can read about the construction of a new, more folky (and good!) album from Arthur Russell.