Accessibility links
Netanyahu To Be Indicted On Corruption Charges In Israel It's a massive blow for the longtime leader — Israel's first sitting prime minister to be indicted. He stands accused of bribery, fraud and breach of trust, and has denied any wrongdoing. 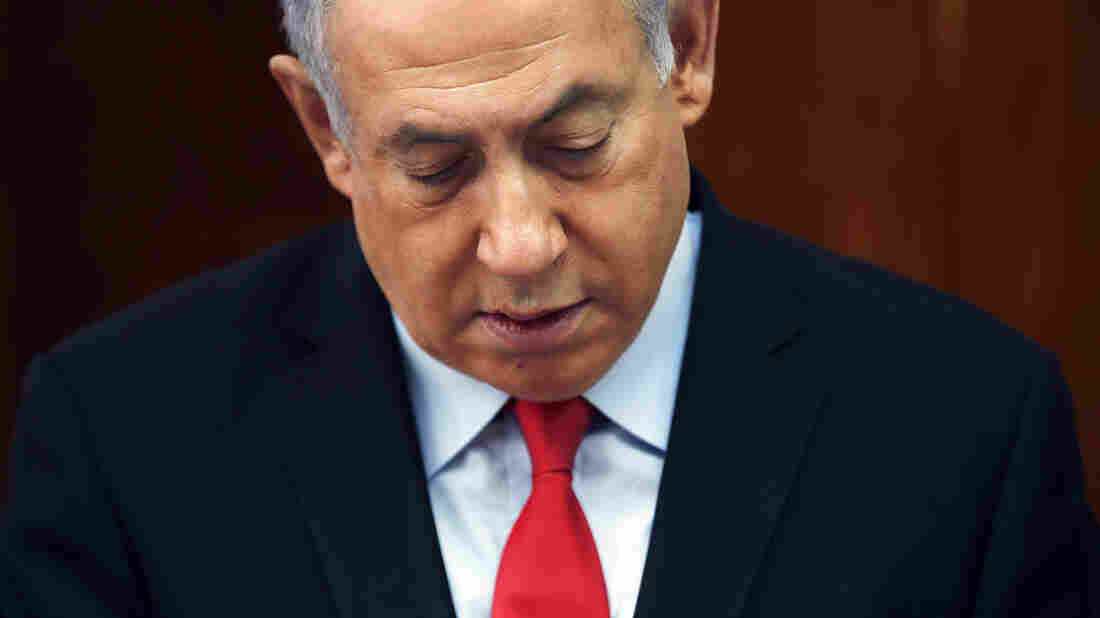 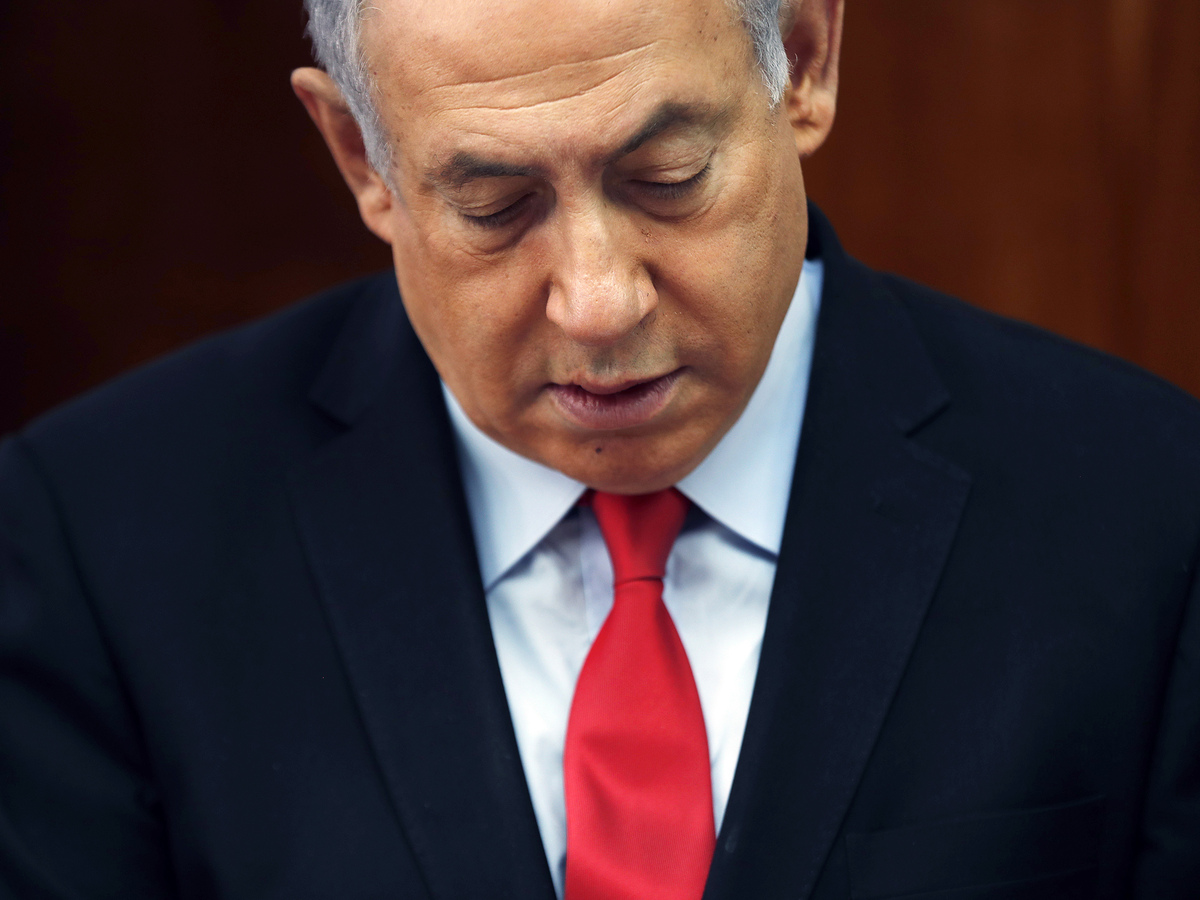 Israel's attorney general has decided to file charges against longtime Israeli Prime Minister Benjamin Netanyahu in three corruption cases, according to a statement Thursday from the country's Justice Ministry. Israel has been mired in political uncertainty for months as it awaited the decision.

Netanyahu is Israel's first sitting prime minister to be indicted. He has long denied the allegations, saying they are politically motivated.

In a TV appearance after the announcement, Netanyahu decried the charges as an "attempted coup."

"Police and investigators are not above the law," he said, according to The Associated Press. "The time has come to investigate the investigators."

It's a massive blow for Netanyahu, who has been fighting to keep his job after two inconclusive elections this year. Both he and his chief rival, Benny Gantz, failed to form coalition governments, and now the parliament is engaged in a new round of political haggling about whether anyone else has the support to form a government. There also could be new elections this spring.

Gantz had refused to form a unity government with Netanyahu's Likud party with the threat of indictment hanging over the prime minister. It remains to be seen whether Likud will change its leadership in light of Thursday's decision.

Attorney General Avichai Mandelblit said in February that he was preparing to indict Netanyahu on corruption charges.

Mandelblit was considering charges in three main corruption cases, after police recommended last year that Netanyahu be indicted. In an October hearing, Netanyahu's legal team had the opportunity to try to persuade Mandelblit not to formally indict the prime minister. But ultimately, "none of the arguments raised in the pre-indictment hearing changed the legal underpinnings of the statement of suspicions," the attorney general said Thursday.

He called it a "heavy-hearted decision" while speaking with reporters on Thursday, as The Associated Press reported.

The most serious case involves allegations of bribery, fraud and breach of trust. In what has become known as Case 4000, the prime minister allegedly promoted regulation that benefited a telecom company called the Bezeq Group, in exchange for favorable press coverage on a news site run by a subsidiary. As NPR's Daniel Estrin reported, Netanyahu and his associates were allegedly able to influence content on Walla! News for about five years, "placing flattering photos and articles and removing articles that were critical of Netanyahu and his family — while also getting involved in the hiring of editors and reporters."

The attorney general also charged Bezeq's controlling shareholder and his wife, Shaul and Iris Elovitch, with bribery, obstruction of justice and suborning a witness.

"The Elovitch couple generally complied with whatever demands were made by Mr. Netanyahu and made every possible effort to implement them," the attorney general said. The actions that Netanyahu allegedly took were of "substantial financial value" to the couple.

Two of Netanyahu's senior aides testified after they cut deals with prosecutors. Walla journalists have stated that they were told to stay away from negative coverage of the prime minister.

Another case — dubbed Case 2000 — involves a media deal that never actually happened. Netanyahu is accused of fraud and breach of trust for allegedly considering a deal with a newspaper publisher for positive media coverage in exchange for advancing legislation to help the publisher's business and hurt the circulation of a rival publication.

Arnon Mozes, the publisher of the Yedioth Ahronoth Group, is being charged with offering a bribe.

The attorney general said Netanyahu's actions sent a message "that offers to bribe are an available tool for advancing the common interests of senior public officials and businesspersons, and that there is nothing improper with such bribes."

Finally, in Case 1000, the attorney general's statement says the prime minister received more than $200,000 in illegal gifts, including jewelry, cigars and champagne from a Hollywood producer and an Australian billionaire, in exchange for political favors. As this was happening, Netanyahu allegedly helped the producer, Arnon Milchan, in several ways, including intervening to help him get a U.S. visa and pushing for regulation that would be advantageous to him.

The prime minister is not legally required to step down if indicted. However, "there is a concern that every decision the Prime Minister now makes could be interpreted as being made due to inappropriate motives," experts from the Israel Democracy Institute, a nonpartisan think tank, warn in a statement. "There is also the danger that this situation will lead to the Prime Minister, while serving in office, will continuously castigate the country's institutions of law and order."

The analysts said that according to "public norms," the prime minister "must resign from office and focus on proving his innocence."

According to the Haaretz newspaper, the attorney general held off on announcing the decision while Netanyahu's rival Gantz was attempting to form a government, over concerns that it "would have been interpreted as interfering with the political process."