Accessibility links
How To Manage Emotions At Work : Life Kit Anger. Excitement. Frustration. Pride. Hurt. Emotions are everywhere in an office, so why do we pretend they don't exist? Life Kit producer Meghan Keane interviews co-authors of the book No Hard Feelings: The Secret Power Of Embracing Emotions At Work to help you manage emotions at work. 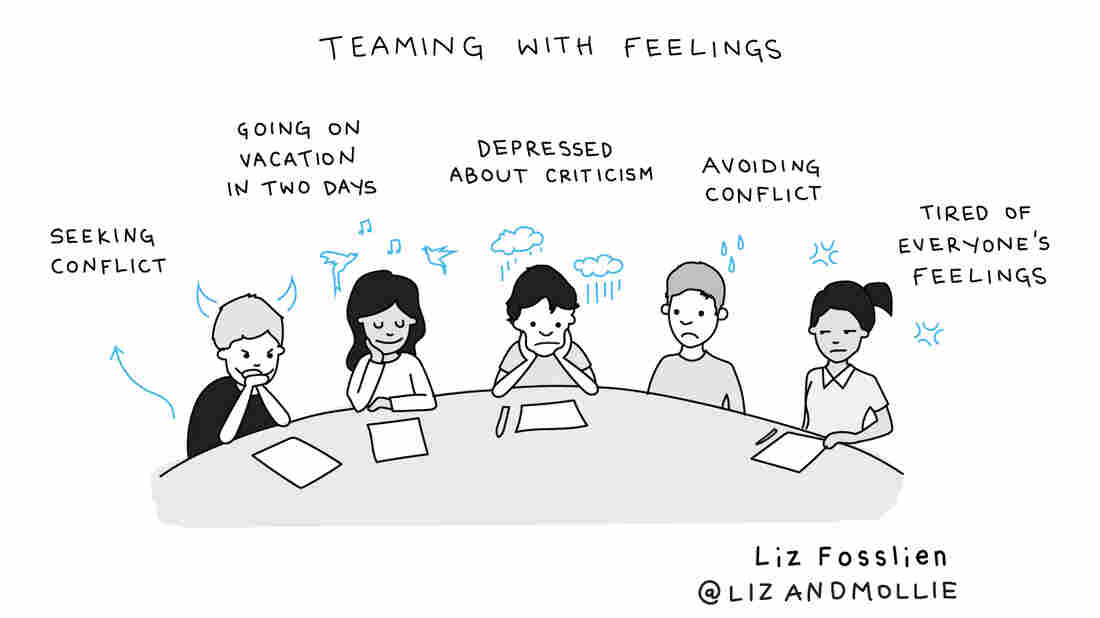 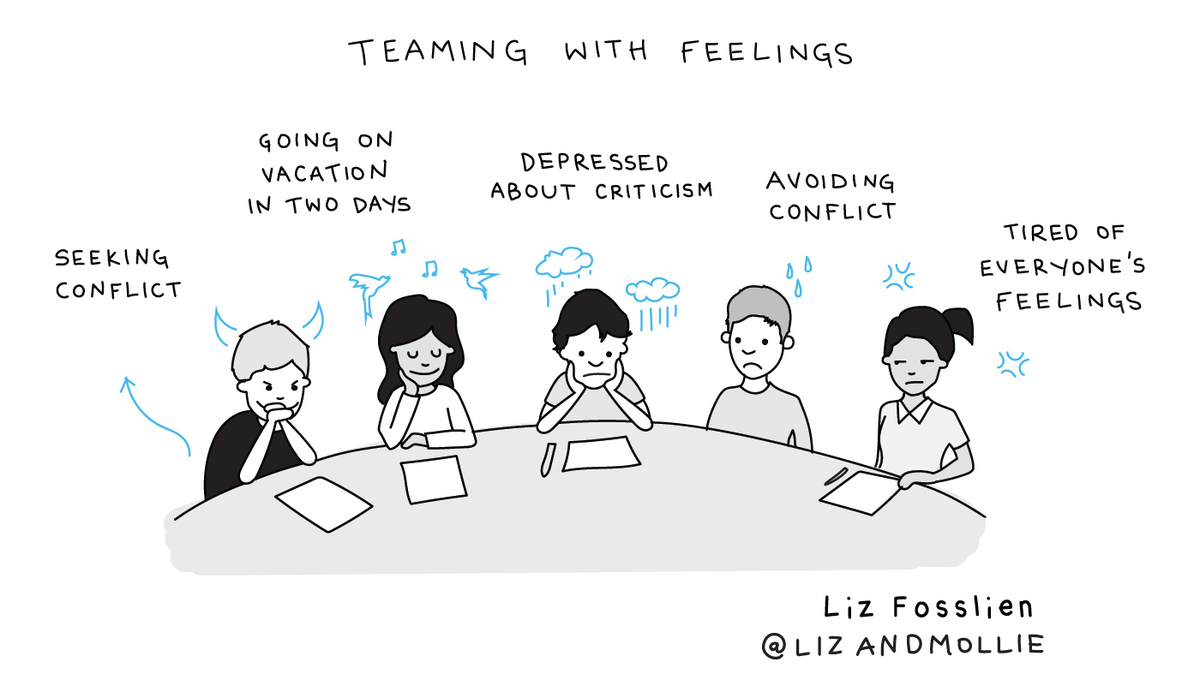 Emotions at work don't just happen with hidden tears in the bathroom or an outburst during a meeting. Emotions happen when a deadline gets moved or when we don't get invited to a meeting. They happen when your boss sends a cryptic email saying "see me ASAP" or when a co-worker gets credit for a project they barely contributed to (again).

Anger. Excitement. Frustration. Pride. Hurt. Emotions are everywhere in an office, so why do we pretend they don't exist?

Liz Fosslien and Mollie West Duffy believe the future of work is emotional. In their book, No Hard Feelings: The Secret Power Of Embracing Emotions At Work, the co-authors argue that effectively embracing emotions is essential for a better workplace. They aren't extending an invitation to be a "feelings firehose" as Fosslien puts it, but they do want to move away from the idea that professionalism means suppressing any emotion by acknowledging we're all emotional creatures — both in and out of the office.

Life Kit managing producer Meghan Keane interviewed Fosslien and Duffy about how we can be more in touch with our emotions at work.

When you refer to emotions in the workplace, what are you referring to?

Liz Fosslien: What we're really talking about is what to do when you have a strong feeling — sitting down, acknowledging it, not suppressing it, trying to understand the valuable data within it, and then sometimes acting on it. It's more about admitting that we are emotional creatures and we're going to feel feelings, whether we're at work [or] at home and figuring out the need behind those emotions, what we should do next. 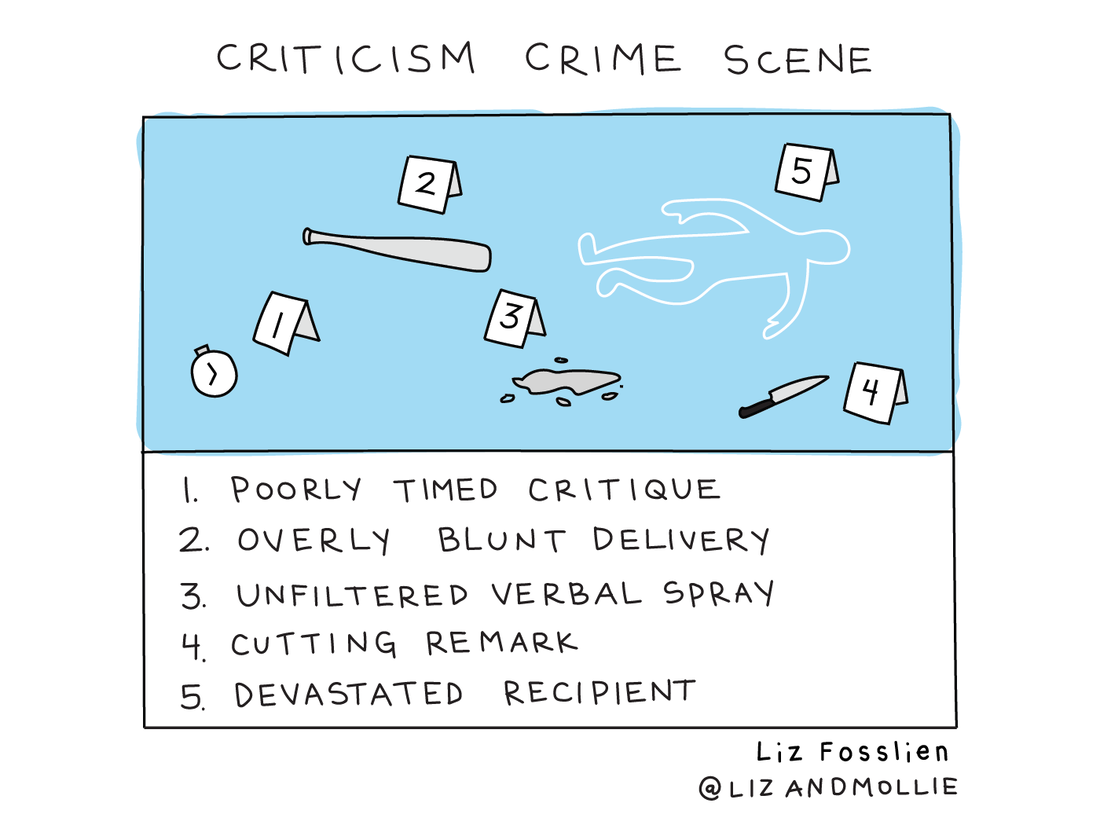 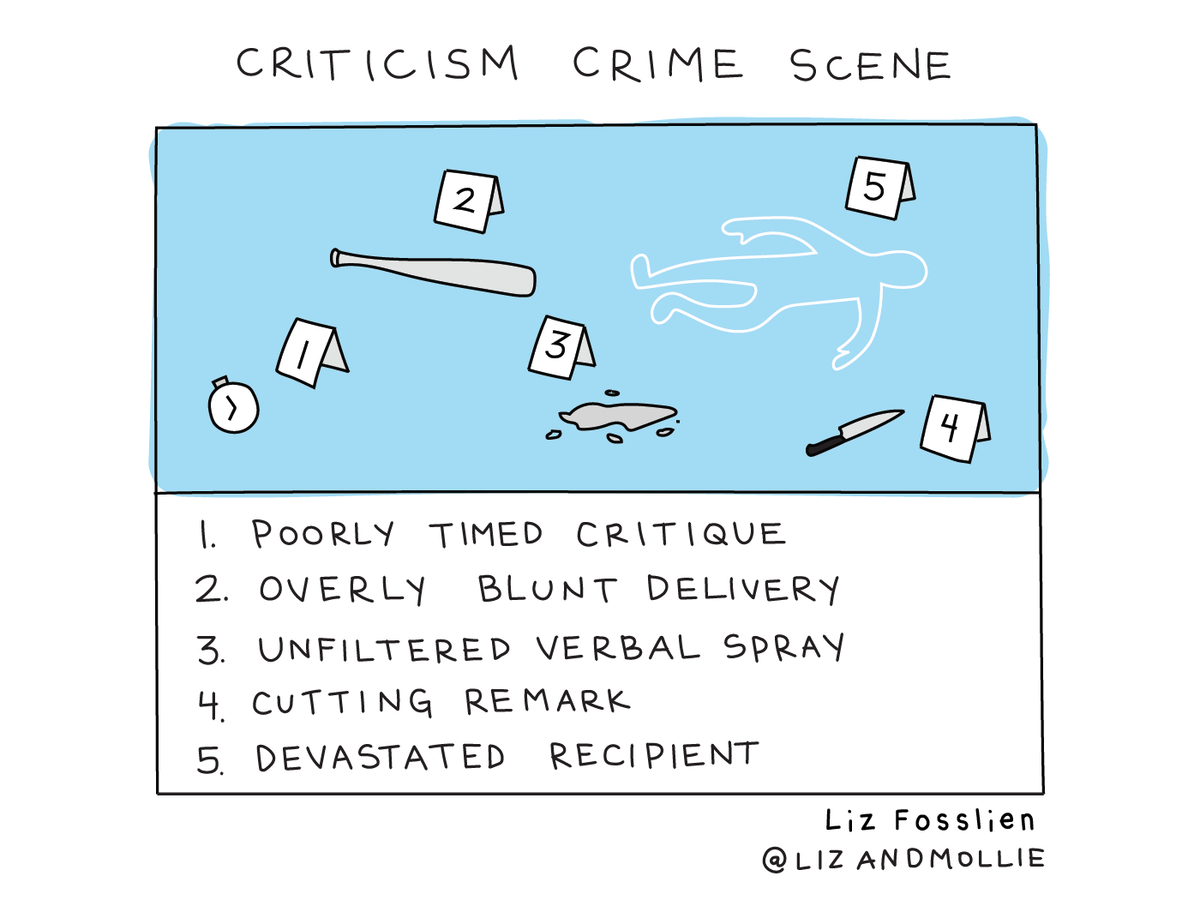 Being "emotional" is often associated with women. Is understanding how to harness emotions at work something women are always going to be tasked with thinking about?

Liz Fosslien: We all have emotions and some of us have just been taught to express them more and some of us haven't. It's really figuring out how can you harness the power of the emotions within you. It's not that everyone should immediately start talking about their feelings in the workplace. It's [for] really men, women, whoever — this is valuable.

Mollie West Duffy: We have this idea that women are more emotionally in tune and there is some biological evidence. This is all changing because gender is more fluid now. But the research does show that women do tend to pick up a little bit more on the emotions of others around them, whereas men are more sort of task focused. But I think it's a very small difference.

There can be lots of emotions in decision making at work. What's a good way to use an emotion to help make a decision?

Let's say I see a male colleague who's the same age as me, same qualifications get a promotion over me. I feel envious. How would I dissect that emotion?

Mollie West Duffy: Envy is something that we feel like is a negative emotion. But it actually can be really helpful for us.

We interviewed Gretchen Rubin, author of The Happiness Project, and she told us about how she used to be a lawyer before she was a writer. She was reading through her alumni magazine and all of the people who were lawyers who were really successful lawyers, she [thought], "I'm mildly interested, but I don't really care." Then when she read about people who had really great writing career, she became really envious. Envy can reveal to us something that we wish we had. Oftentimes we perform all these mental gymnastics not to think about it. But if you're honest with yourself and just let yourself feel it, it might be a sign that you need to make a change in what you're doing. 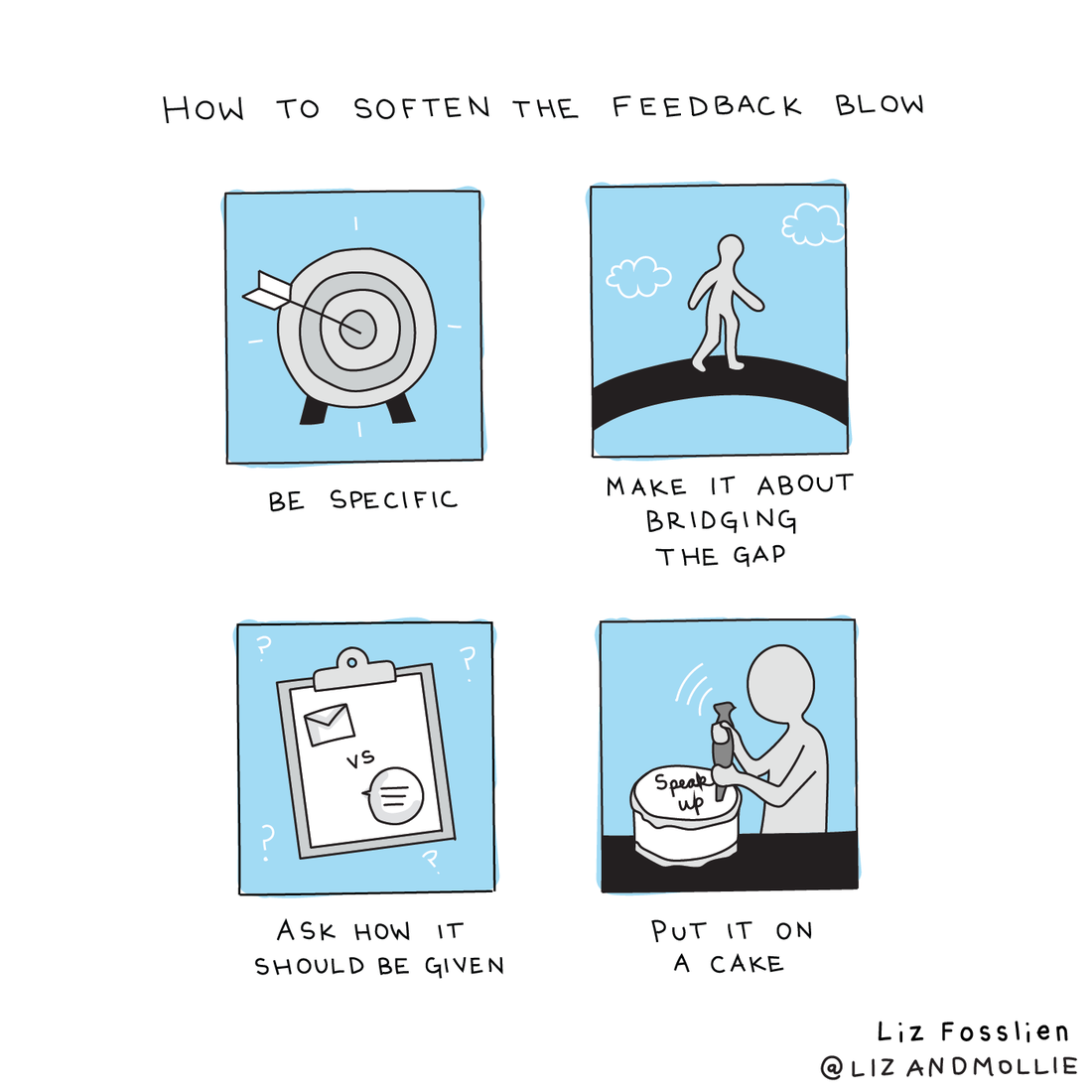 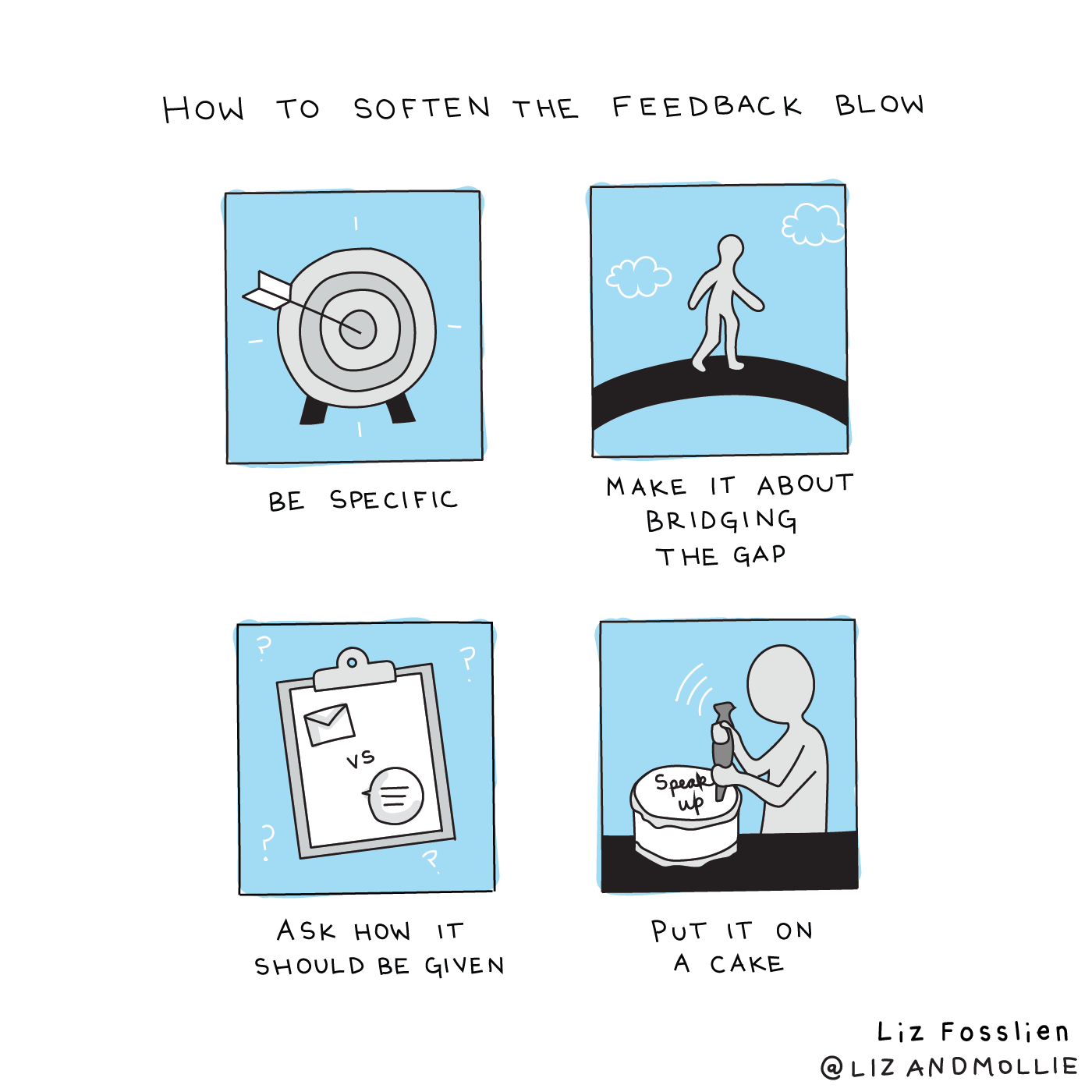 What advice do you have for supervisors about giving feedback?

Liz Fosslien: There was a study that looked at performance reviews at a tech company over six years. They found that women, and especially women of color, were much more likely to receive super vague feedback that was not actionable. [So you start to feel like] it's impossible to figure out what to do next, and I don't know how to move forward. Therefore, I'm a bad person and it really spirals.

Whoever you're giving feedback to, make it specific, make it actionable. That shows you care about helping someone evolve and helping them level up.

What about dealing with a frustrating colleague? What's a more productive way to deal with those emotions rather than just venting to another co-worker?

Liz Fosslien: Venting is useful for a small period of time, if you're doing it to someone you trust. We always say don't just do something, stand there. If you're feeling a really strong emotion, you sometimes just need to calm down because you're not in a rational state [to] figure out what you want to do next. [Venting] becomes negative and actually detrimental to your own success when it turns into rumination, which is just venting to vent. You have not switched yet to a problem solving state. I think a nice rule of thumb is a few minutes of venting and then once you're a little more calm, really ask yourself, "what one thing can I do differently or do I need to have a conversation with this person?" 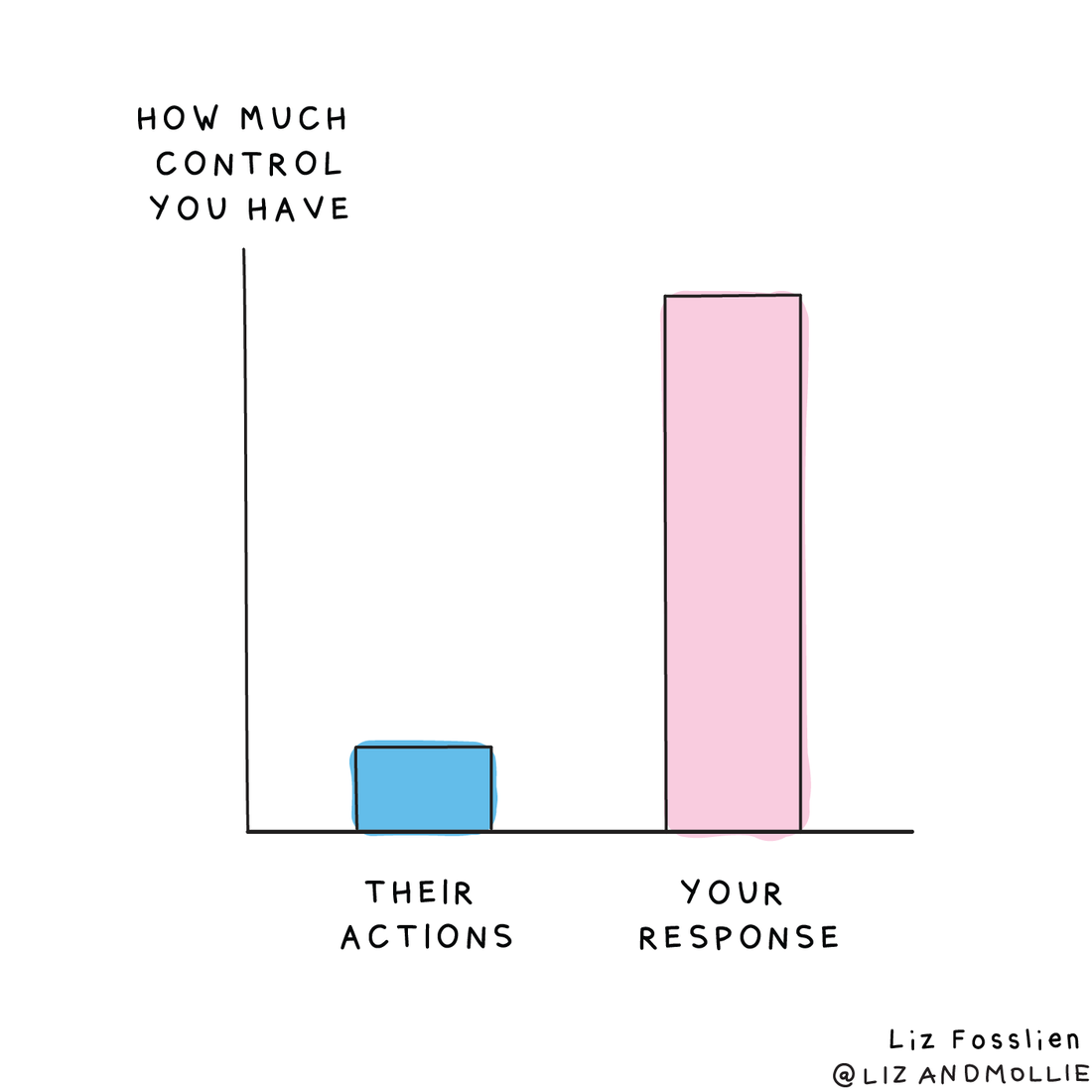 What other ways do you recommend working with a coworker that kind of just rubs you the wrong way?

Liz Fosslien: We describe that as an emotional flak jacket. I think often [there is] this directive to be passionate about work. The danger of that is that work life balance disappears. When you're so invested in your job, that's when a co-worker that maybe drives you a little batty becomes this huge problem because work is everything to you. Just taking the time to invest in non-work things can be a really valuable way to come back to the office the next day with a little more distance.

In an earlier version of this story, TV writer Elizabeth Craft's last name was misspelled as Kraft.