Accessibility links
Utah Woman Charged With Lewdness After Being Topless In Her Own Home The case is the latest legal battle amid a broader "free the nipple" campaign that seeks to normalize the exposure of female nipples. 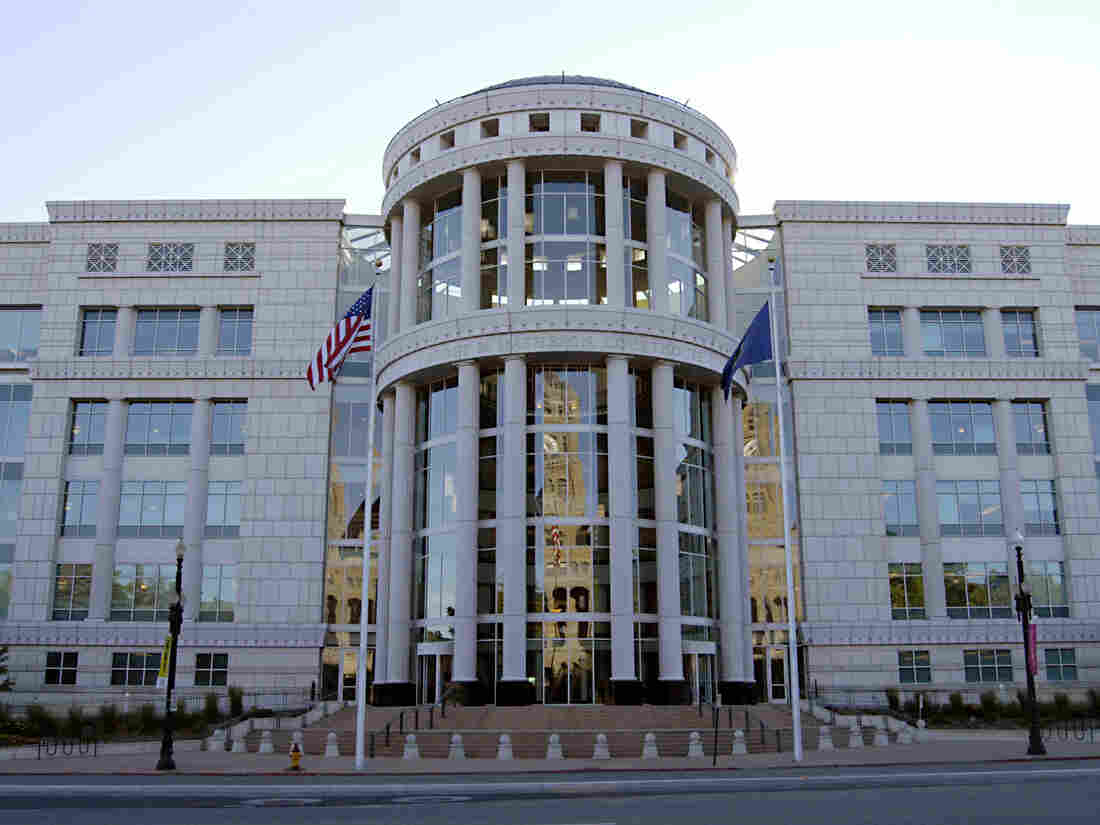 A Utah woman is facing misdemeanor lewdness charges after being seen topless in her own home by her stepchildren. Her attorneys argued Tuesday in district court in Salt Lake City that the statute is unconstitutional. Francis Dean/Corbis via Getty Images hide caption 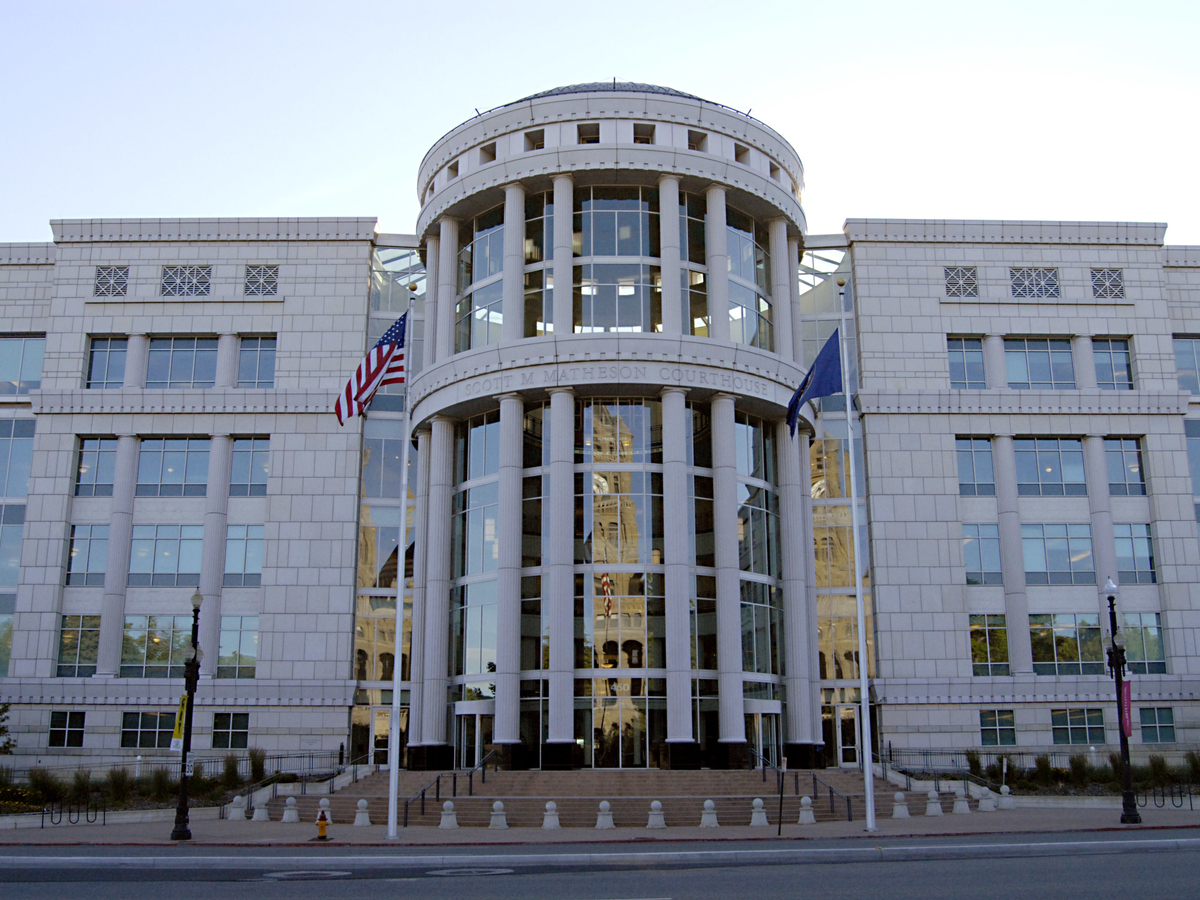 A Utah woman is facing misdemeanor lewdness charges after being seen topless in her own home by her stepchildren. Her attorneys argued Tuesday in district court in Salt Lake City that the statute is unconstitutional.

A Utah woman has been charged with lewdness in her own home after her stepchildren walked into the room and saw her bare chest.

Attorneys for the American Civil Liberties Union of Utah argued this week that the statute under which Tilli Buchanan, 27, was charged is unconstitutional, and they have asked a judge to drop the charges against her and change the state law.

Buchanan and her husband had been installing drywall in the garage and had taken off their shirts that were itchy from the fibers, she told The Salt Lake Tribune.

When her stepchildren, aged 9, 10 and 13, walked in, she "explained she considers herself a feminist and wanted to make a point that everybody should be fine with walking around their house or elsewhere with skin showing," her lawyers wrote in court documents, The Associated Press reports.

Breast-Feeding In Uniform: Brave Or Brazen?

Now the state has charged Buchanan with three charges of lewdness involving a child. The charge is a Class A misdemeanor.

Though her husband was similarly clad, he was not charged with a crime.

The state's lewdness statute criminalizes exposure of "the female breast below the top of the areola" in the presence of a child in a private place "under circumstances the person should know will likely cause affront or alarm."

If convicted, Buchanan faces imprisonment, fines and the requirement to register as a sex offender for 10 years.

"It was in the privacy of my own home. My husband was right next to me in the same exact manner that I was, and he's not being prosecuted," she told reporters after the court hearing.

The charges were filed after the children's mother told that authorities she was "alarmed" by the incident, according the AP.

Buchanan's case raises a number of constitutional concerns, says Leah Farrell, an attorney at the ACLU of Utah.

To begin with, "the criminalizing of behavior that many people don't consider criminal, and is normal."

Most people wouldn't consider, for instance, that they "might be brought into court because of their dealing with their dirty clothes within their house. Anything that really extends the criminal justice system into people's homes in this way is something that we're interested in looking at closer," Farrell says.

And then there's the gender issue.

"Simply because Miss Buchanan is a woman, she is facing this charge," Farrell says. "Therefore, women throughout Utah are at higher risk of facing a criminal charge simply because of their gender. There are different ideas around what morality is or is not. But the state's reach to criminalize morality based on gender and gender stereotyping is incredibly problematic."

Farrell notes that the statute's language requiring women to predict whether going topless is likely to cause "affront or alarm" imposes an additional burden that is not required of men.

Ryan Robinson, West Valley City prosecutor, would not comment on the case, except to say that city prosecutors "see our role as enforcing the law of the state of Utah as enacted by our state legislature, and we're excited to see what the judge decides."

The judge said she will rule in the coming months.

In February, the 10th Circuit Court of Appeals upheld a federal judge's ruling that an ordinance in Fort Collins, Colo., banning women from being topless in public was unconstitutional. Fort Collins decided not to appeal the court's decision, after spending more than $300,000 to defend its ban.

That case concerned women being treated differently in public rather than in private. If anything, Buchanan may have a stronger case, says Farrell: "You wouldn't think you would lose those protections within the private space of your home."

The courtroom battles are one front in what's called the "free the nipple" movement.

In August, three women who were arrested and convicted for being topless at a New Hampshire beach asked the U.S. Supreme Court to hear their case. They argue that the city ordinance barring women from showing their nipples in public is inherently discriminatory on the basis of gender.

Facebook has also been criticized for its ban on images of women with "uncovered female nipples except in the context of breastfeeding, birth giving and after-birth moments, health-related situations (for example, post-mastectomy, breast cancer awareness or gender confirmation surgery) or an act of protest." Instagram's policy on female nipples is similar.

More than 100 people lay nude in front of Facebook's New York offices in May, holding aloft images of female nipples in protest of the company's policies.