Accessibility links
Former Baltimore Mayor Catherine Pugh Pleads Guilty In Children's Book Scandal Catherine Pugh acknowledged her guilt in a scheme in which she took orders for her self-published Healthy Holly book series and used the money for herself and to advance her political career. 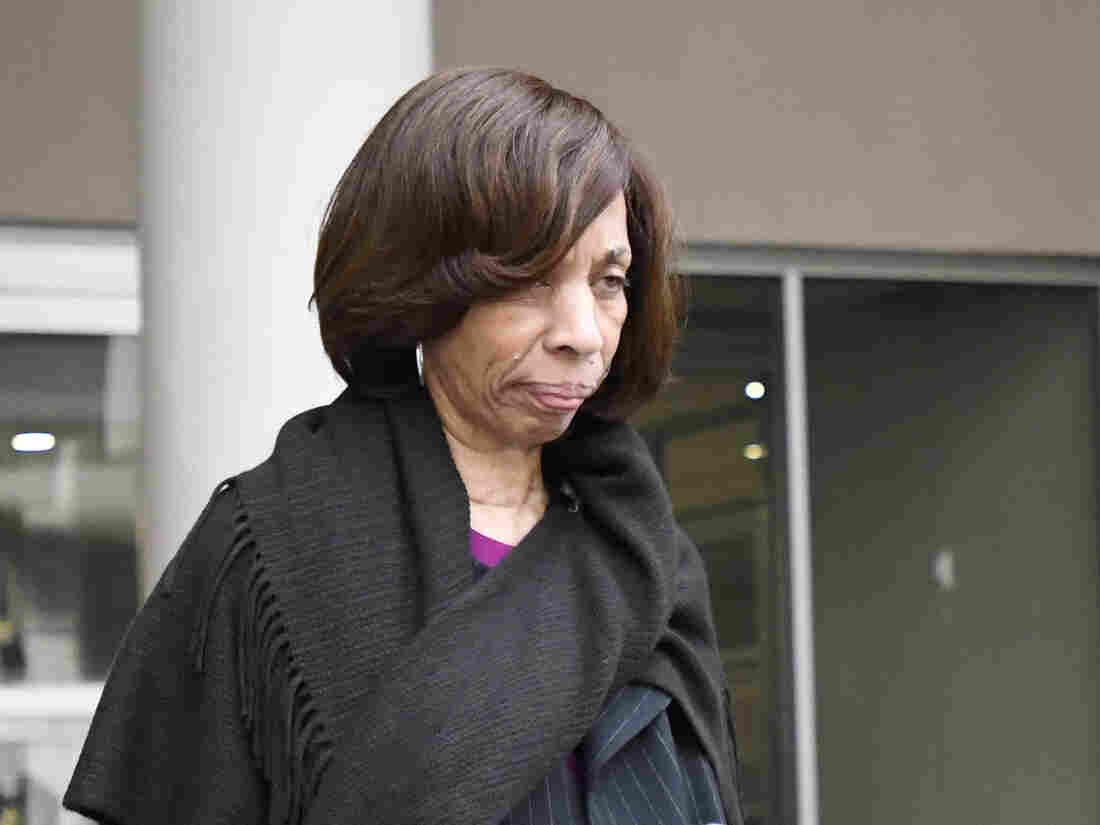 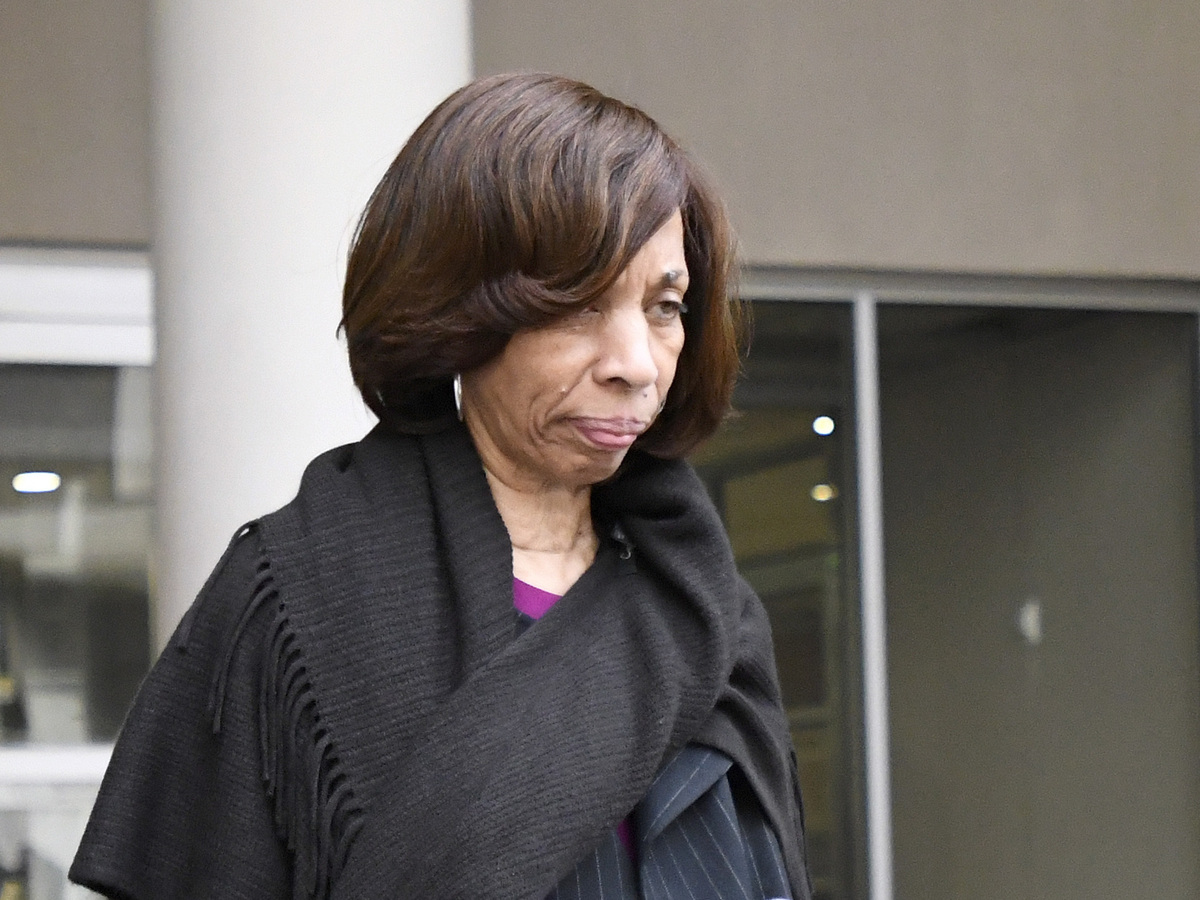 Former Baltimore mayor Catherine Pugh (right) leaves federal court in Baltimore on Thursday after pleading guilty to charges stemming from a fraudulent children's book sales to enrich herself and help her political career.

Former Baltimore Mayor Catherine Pugh pleaded guilty to corruption charges on Thursday, a day after federal prosecutors unsealed an indictment accusing her of using a fraudulent children's book business to enrich herself and fuel her political career.

Pugh, 69, a Democrat who took office in 2016, acknowledged her guilt to conspiracy to commit wire fraud and conspiracy to defraud the government and two counts of tax evasion.

The deal to plead guilty on four of the 11 counts she was indicted on sets Pugh up for a sentencing hearing scheduled for Feb. 27. Prosecutors said they will recommend to the judge that Pugh be sent to prison for five years.

"She betrayed the trust placed in her by the public," U.S. Attorney for Maryland Robert Hur said after the court hearing in Baltimore. "We need dedication and professionalism from our leaders, not fraud and corruption."

Prosecutors accused Pugh of earning nearly $800,000 from a self-published children's book series known as Healthy Holly that promoted exercise and nutritional eating though stories of an African American girl.

But the problem was thousands of books that nonprofits and foundations ordered to distribute in schools and day cares to promote healthy choices and combat obesity were never delivered to the city's children.

Instead, authorities say she took books that were already purchased and resold them. Pugh then funneled those proceeds into her own political campaigns and used the cash to purchase and renovate a house in Baltimore.

In particular, Pugh had $35,800 in checks written for her books cashed and turned them into political donations in other peoples' names, also known as "straw donors," ahead of mayoral election in 2016.

"The straw donations purchased with the cash were then deposited into the bank account for the Committee to Elect Catherine Pugh," prosecutors wrote in the indictment.

Around that time, Pugh went into self-imposed seclusion. She did not even appear during a May press conference where her lawyer announced she was resigning as mayor.

The Sun first reported that Pugh landed a no-bid contract worth $500,000 from the University of Maryland Medical System at the same time she was a state senator who sat on a committee that partially funded the hospital network, raising questions over how her acts as an elected official influenced her private business deals.

The scrutiny led to Pugh leaving her post on the board she sat on for almost 20 years. She returned $100,000 to the hospital system for a book order she said was not completed. At the same time, Pugh called inquiries into her book deals a "witch hunt."

State and federal authorities launched audits and investigations into the apparent self-dealing arrangements. In April, agents with the FBI and IRS raided her home, prompting growing calls for her resignation. Weeks later, she stepped down.

Pugh is the second Baltimore mayor in the past decade to resign amid a corruption scandal. In 2010, Mayor Sheila Dixon stepped down after prosecutors accused her of stealing gift cards intended for the needy at Christmas to purchase clothing and electronics for herself. A jury convicted her of embezzlement.