Accessibility links
U.S. Navy Presses On With Board Review Of SEAL Eddie Gallagher Despite Trump's Tweet Gallagher was acquitted earlier this year of murdering an ISIS combatant in 2017 but convicted of a lesser crime. President Trump last week restored his rank, but did not pardon him. 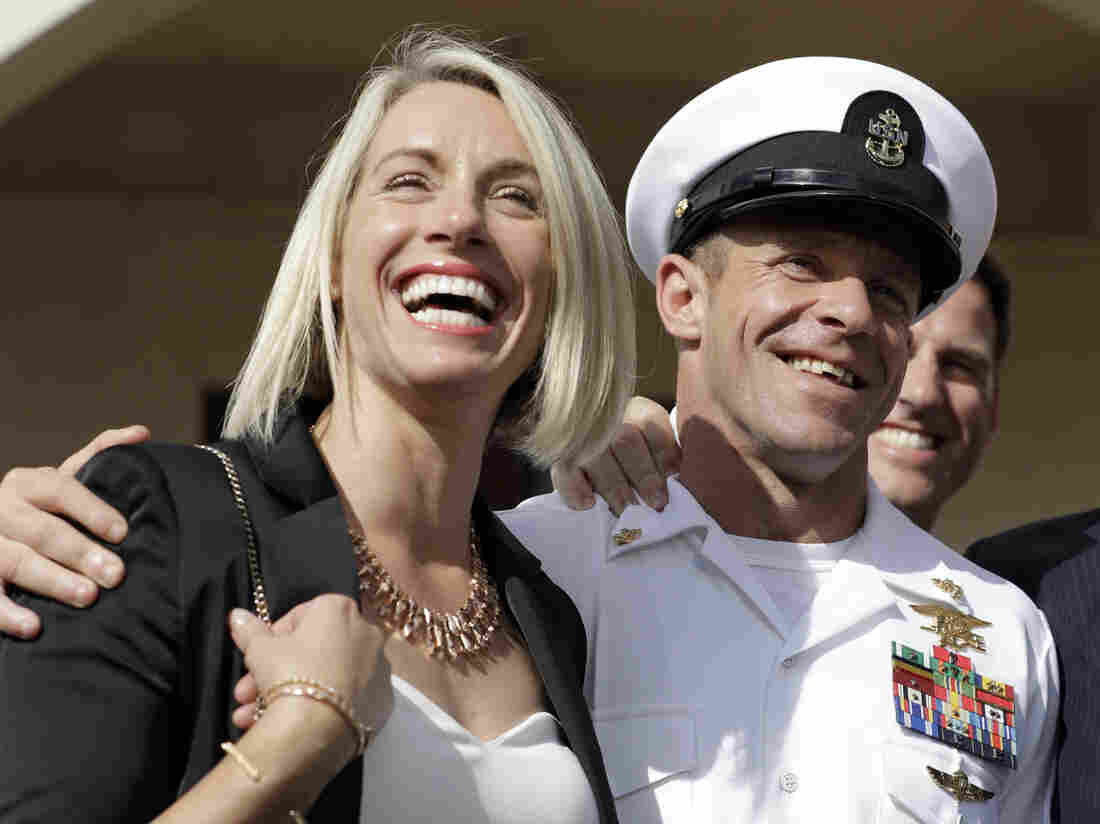 Special Operations Chief Edward Gallagher and his wife, Andrea Gallagher, after the Navy SEAL was acquitted of murder by a military court in San Diego on July 2. Gregory Bull/AP hide caption 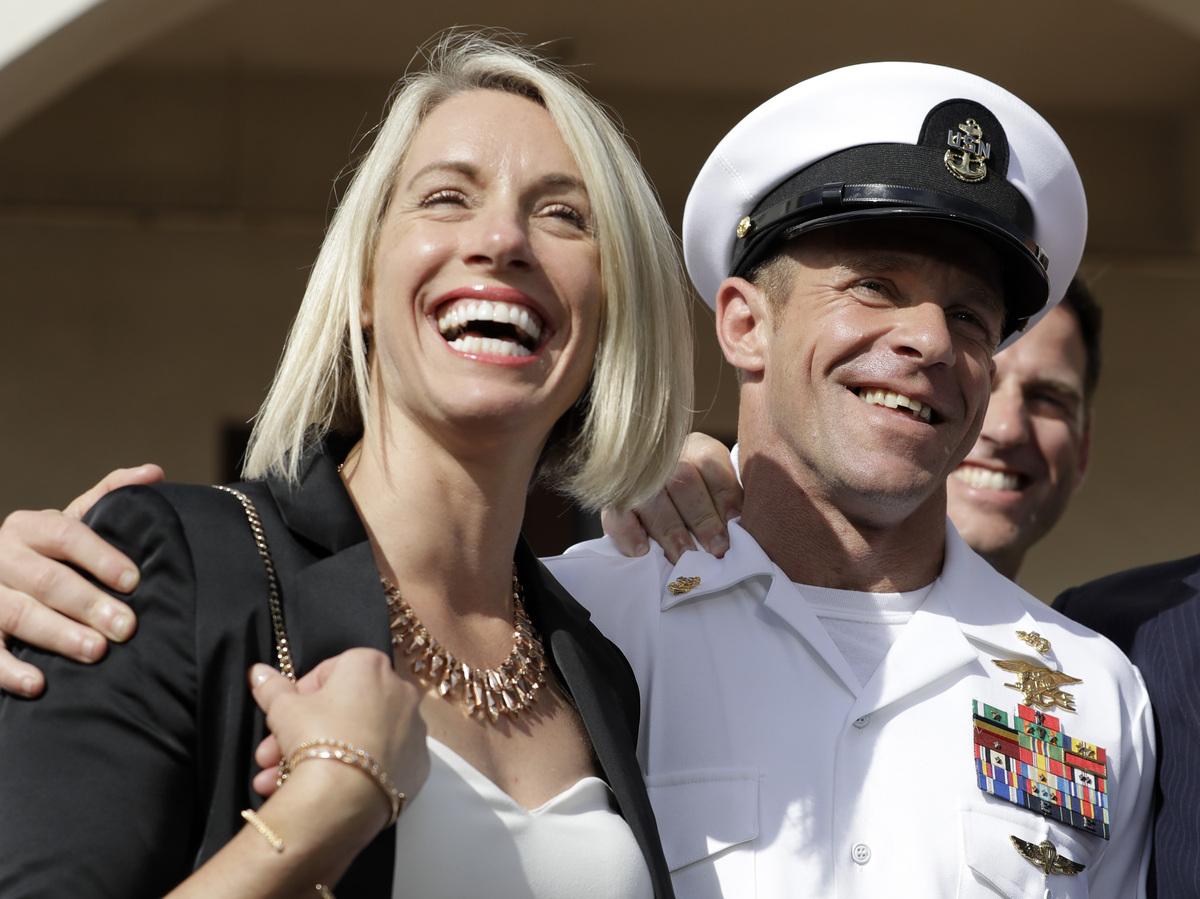 Special Operations Chief Edward Gallagher and his wife, Andrea Gallagher, after the Navy SEAL was acquitted of murder by a military court in San Diego on July 2.

The U.S. Navy said Thursday that it will proceed with a hearing to consider the expulsion of Special Operations Chief Eddie Gallagher from the Navy SEALs, despite his support from President Trump.

Gallagher and three supervising officers were informed of the administrative review board hearing, set for Dec. 2, on Wednesday.

"The Navy will NOT be taking away Warfighter and Navy Seal Eddie Gallagher's Trident Pin," said Trump in a tweet earlier Thursday. "This case was handled very badly from the beginning. Get back to business!"

The Trident Pin is a symbol of membership in the SEALs.

In July, Gallagher was acquitted of murdering a wounded Islamic State militant in Iraq in 2017, but he was convicted on the single charge of posing with the body of the dead prisoner. Last week Trump restored Gallagher's rank after he had been demoted to petty officer first class. But the president did not pardon Gallagher for his offense.

"The Navy follows the lawful orders of the President. We will do so in case of an order to stop the administrative review of SOC Gallagher's professional qualification. We are aware of the President's tweet and we are awaiting further guidance."

Gallagher's lawyers say Navy brass is seeking to expel him from the SEALs in retaliation for Trump's reversal of his demotion. They filed a complaint with the Navy Inspector General claiming that Naval Special Warfare Commander Rear Adm. Collin Green is defying the president.

"How can Admiral Green credibly preach about preserving good order and discipline while publicly flouting the orders of the commander in chief?" Gallagher's attorney Timothy Parlatore said as quoted by the Associated Press.

If a review board decision goes against Gallagher, he can then appeal to the Navy's Personnel Command.