Accessibility links
Clergy Abuse Reparations Are Closure For Some Victims, Resurface Trauma For Others Hundreds of victims of priest sexual abuse have received reparations from the Catholic Church in Pennsylvania. A new legal maneuver allows people to sue the church over old sexual abuse claims.

Clergy Abuse Reparations Are Closure For Some Victims, Resurface Trauma For Others

Clergy Abuse Reparations Are Closure For Some Victims, Resurface Trauma For Others 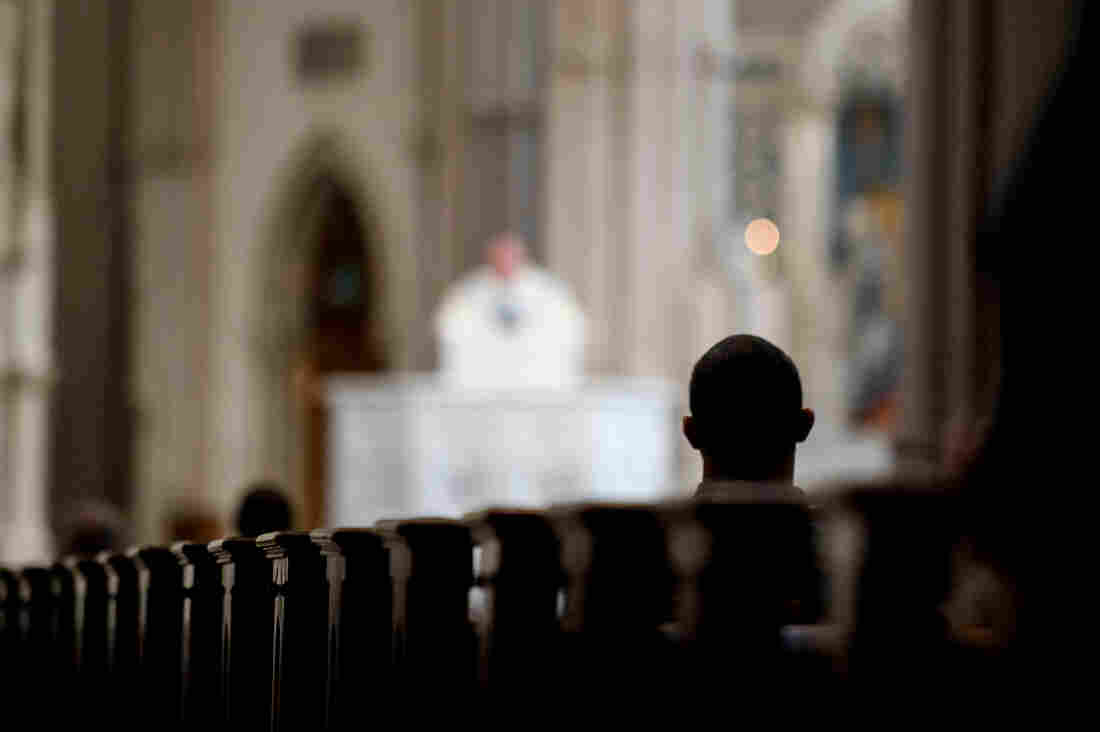 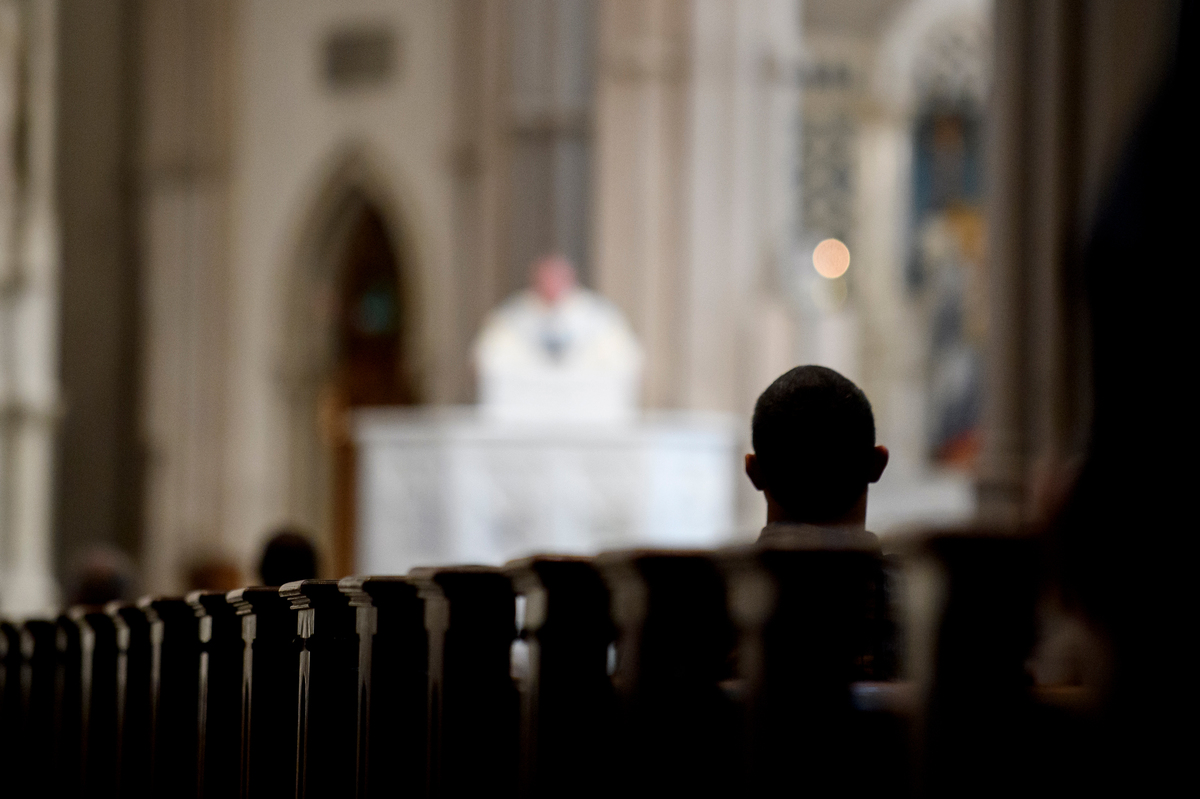 Parishioners worship during a Mass at St. Paul Cathedral, the mother church of the Pittsburgh Diocese. After more than a decade of investigations into sexual abuse in Pennsylvania's Catholic Church, last year's grand jury report still contained new revelations.

The numbers were superlative — more than 1,000 allegations against 301 priests, spanning seven decades.

A much smaller group has turned to the courts, suing the dioceses themselves for conspiracy and fraud, based on information contained in grand jury investigations.

What made John Patchoski, 57, want to sue was "the anger inside of me," he said. "That the church would actually have the gall to bring up a victim's fund to tell you what you're worth, tell you what it was like to live with this for 40-some years, with all this."

A recent Pennsylvania court ruling allowing such cases to go to trial has breathed new life into old claims of childhood sexual assault in spite of state law that puts time limits on legal action.

"What if it didn't happen this way, where would I be?"

For some, these payments provided a kind of closure, after years of "howling into the wind," as 67-year-old John Quinn put it. He first came forward two decades ago with allegations of sexual assault by a Philadelphia priest and said he considered waiting to sue.

Instead, he received $250,000 from the Archdiocese of Philadelphia Independent Reparations and Reconciliation Program in February.

"I'm a man of my word; I signed it and I said I wasn't going to go after them anymore," said Quinn. Still, doubts and questions persist, he said. "I get stressed, I get depressed, I get what-ifs ... what if it didn't happen this way, where would I be?" 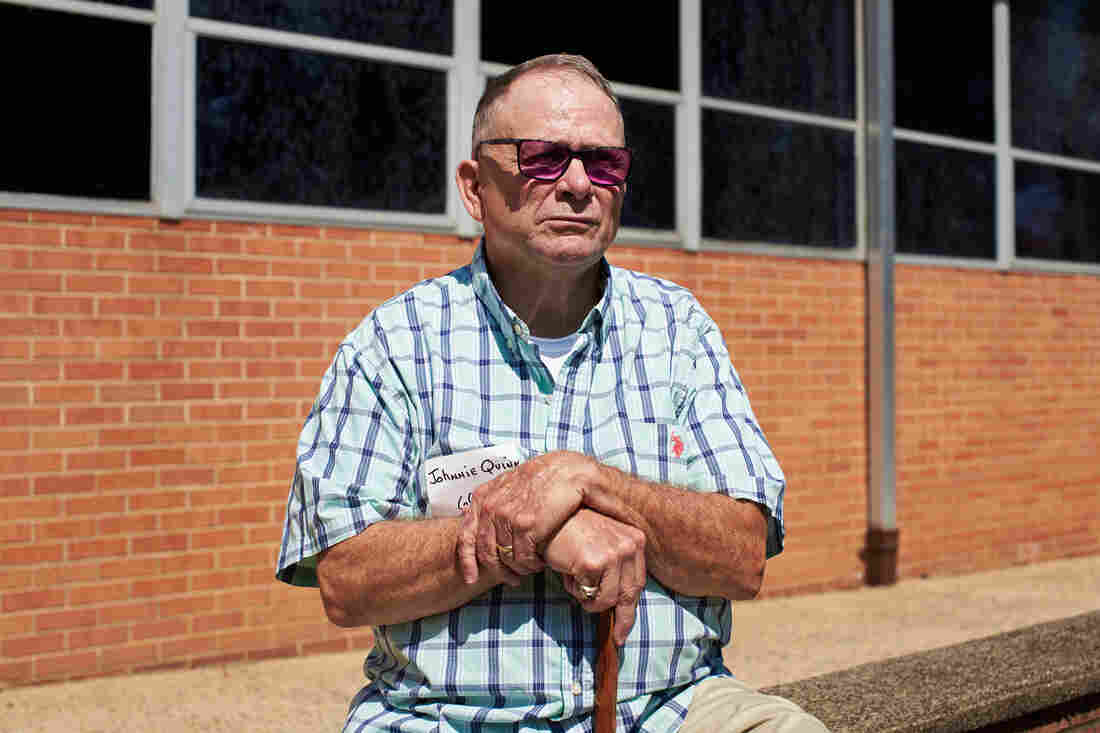 John Quinn, 67, first came forward two decades ago with allegations of sexual assault by a Philadelphia priest and said he considered waiting to sue. Natalie Piserchio for WHYY hide caption 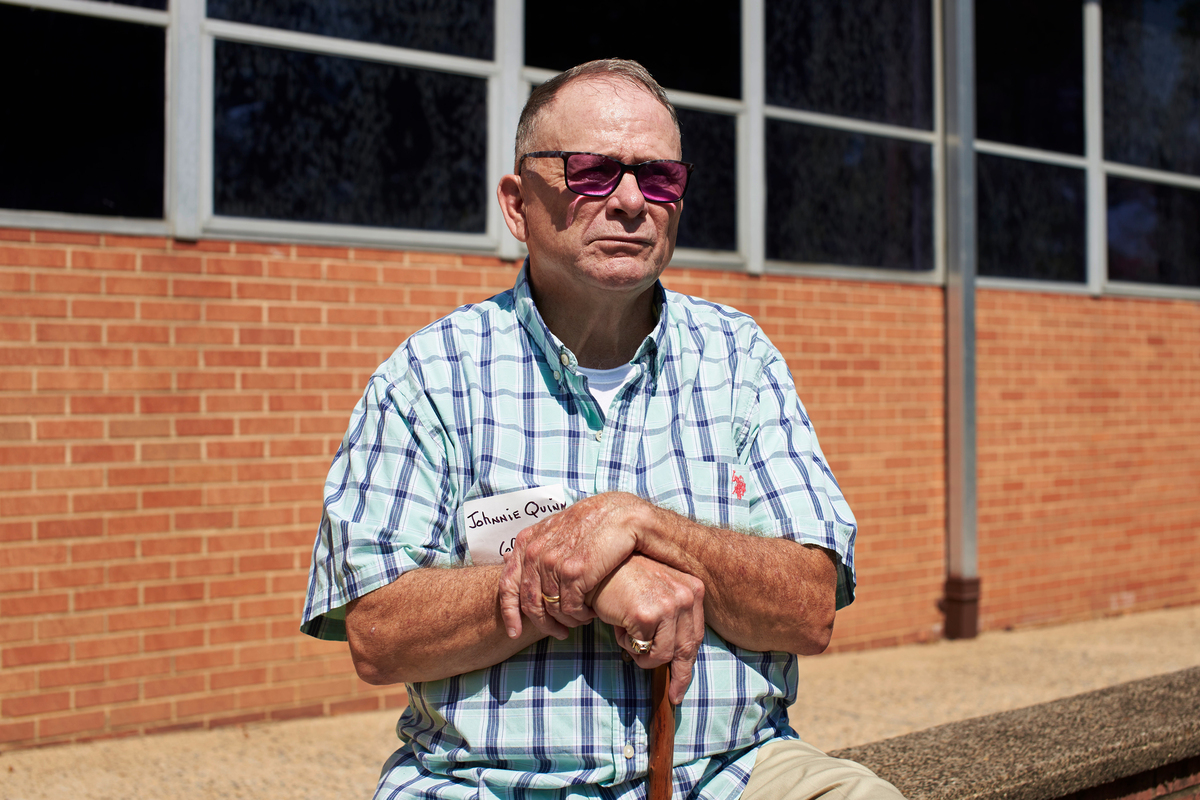 John Quinn, 67, first came forward two decades ago with allegations of sexual assault by a Philadelphia priest and said he considered waiting to sue.

Growing up in Philadelphia, he bounced between his family's home and a half-dozen Catholic orphanages around the region. For thousands of young people who filtered through church-run orphanages in Philadelphia, these institutions often offered a reprieve from a difficult family life. But they also created an environment ripe for the abuse of vulnerable children.

At St. Joseph's House for Homeless and Industrious Boys in Philadelphia, Quinn said, a layperson working as a dorm supervisor molested him. After that, he ran away repeatedly. After one escape, he said, the Rev. Charles Siegele, a diocesan priest, found him and brought him back to his mother's house.

On the way, Quinn said, the priest stopped at an apartment outside Philadelphia, got him drunk and sodomized him.

"It seemed like I had something written across my head, 'I'm available, take me,' because I'd been abused so many times," he said.

The Archdiocese of Philadelphia said it could not confirm Quinn's allegations, but officials say Siegele, who remained in ministry until he died in 1989, is on its list of credibly accused priests.

As an adult, Quinn became addicted to drugs and alcohol, fleeing from one town to the next, from relationship to relationship. In the late 1980s, he went into treatment, where he decided to confront his past. He told church leaders his story and began receiving church-subsidized counseling and a living allowance, although no acknowledgement of wrongdoing.

Slowly, his life stabilized. He met his fourth wife, Enriqueta, and they have two teenage sons. Going through the Archdiocese of Philadelphia's compensation process provided more stability — $250,000 worth. With it, he paid $50,000 in credit card debt, bought one son a car and the other braces.

Stories like Quinn's provide one example of why more than 500 people registered abuse claims with the Archdiocese of Philadelphia alone.

Ninety-eight percent of applicants to the Archdiocese of Philadelphia's compensation fund accept the settlement offered, said retired Judge Lawrence Stengel, chair of the fund's oversight committee. "[That's] pretty strong evidence that those are adequate and fair," he said.

Half of all people who registered claims with the program had never come forward before, according to Stengel, signaling that the confidentiality and independent nature of the process helped victims otherwise afraid to go public with their claims. So far, the total amount paid out across all seven programs is north of $50 million, with dozens of claims still pending. The Archdiocese of Philadelphia has the most heavily used program, having already doled out $32 million.

"The Pennsylvania compensation programs were needed," said Marci Hamilton, CEO of Child USA, a think tank dedicated to addressing child abuse. However, she noted that in taking the money victims turned down a potentially bigger windfall later.

"Some, they just weren't willing to settle because of course you would get less money through this process than if you were able to go to court with a valid statute of limitations," Hamilton said.

Other critics said the programs' primary function is to mitigate the church's liability amid calls to reform Pennsylvania's statute-of-limitations laws. Bills just passed through the state Legislature and waiting for the governor's signature would extend the statute of limitations for suing over childhood sexual abuse from age 30 to age 55 and create a constitutional amendment allowing retroactive lawsuits.

"The church would like people to believe that they're doing the right thing by helping survivors when really they're trying to get releases to protect themselves when the law changes," said attorney Richard Serbin, who has been suing the Catholic Church for 32 years.

The statute of limitations stopped short many of his clients' legal challenges, Serbin said. Then, in August he scored a victory that opened a different path to sue.

In essence, Serbin chose to sue over the cover-up, as opposed to the underlying sexual assault, by showing that "the diocese knew about it ... had a duty to speak up, and instead remained silent," he said.

Victim Advocates Of Clergy Abuse Say They Won't Bury the Past

Victim Advocates Of Clergy Abuse Say They Won't Bury the Past

He based those claims on information in the grand jury reports investigating the Catholic Church in Pennsylvania.

Earlier this year, Pennsylvania's Superior Court ruled that the case could go to trial, and more than a dozen other survivors have followed suit.

After turning down $176,800 from the Diocese of Harrisburg compensation fund, Donald Asbee joined them.

"The compensation I felt was inadequate but the most important thing is it just didn't feel like they were disclosing what really was going on," he said of the reparations process.

The arbitrary amounts of those settlements also nagged him.

When Asbee was an altar boy in the 1960s, two different priests at St. Joseph's Church in Milton, Pa., sexually assaulted him, he said. One was physically violent. Yet the amount he was offered was far less than the average settlement offered in other dioceses.

The dioceses of Harrisburg and Scranton asked the Pennsylvania Supreme Court to take jurisdiction over the cases but have so far been denied.

Lawyer Matt Haverstick is outside counsel for the Diocese of Harrisburg and Diocese of Greensburg. He said the statute of limitations bars decades-old lawsuits for a reason — because they become increasingly difficult to prove.

"If the allegation is that there was a conspiracy 50 years ago among people who are long dead ... that's really difficult for people to know," he said.

Haverstick is defending his diocesan clients against at least four lawsuits, and he estimates there could be as many as 20 filed statewide. Earlier this year, a plaintiff identified only as S.D. filed a lawsuit against Boy Scouts of America in federal court in Philadelphia, using the same legal theory.

Defenders of the church say the lawsuits come down to a basic question of fairness — should those leading now be punished for the actions of their predecessors?

"That church doesn't exist any more," said Haverstick. "The church, at least in my experience, since the early 2000s has been trying to protect people from abuse."

With each new investigation, however, more victims are emboldened to tell their stories. John Patchcoski was receiving treatment for kidney failure last year when he glanced at the television in his hospital room.

"That was when I noticed on CNN that it said like 1,000 kids were molested, raped, sodomized in the state of Pennsylvania," he said in a recent interview.

That news item was about a sweeping grand jury report.

Patchcoski, who grew up outside Scranton, Pa., has his own story.

When he was around 11 years old, Patchcoski said, a priest named Michael Pulicare invited him on a fishing trip, and then pinned him down and ejaculated on top of him.

Pulicare is on the Diocese of Scranton's list of credibly accused clergy. The priest died in 1999.

After Patchcoski told his story, first to The Wall Street Journal, he found out other men he grew up with had similar encounters.

"I blamed myself because I thought I could have stopped it," he said. He joined a lawsuit with three other men against the Diocese of Scranton, the current bishop and a former bishop, as one way to begin relinquishing that guilt.